“My Mother-In-Law Wore A Wedding Dress To My Wedding”

“My Mother-In-Law Wore A Wedding Dress To My Wedding” 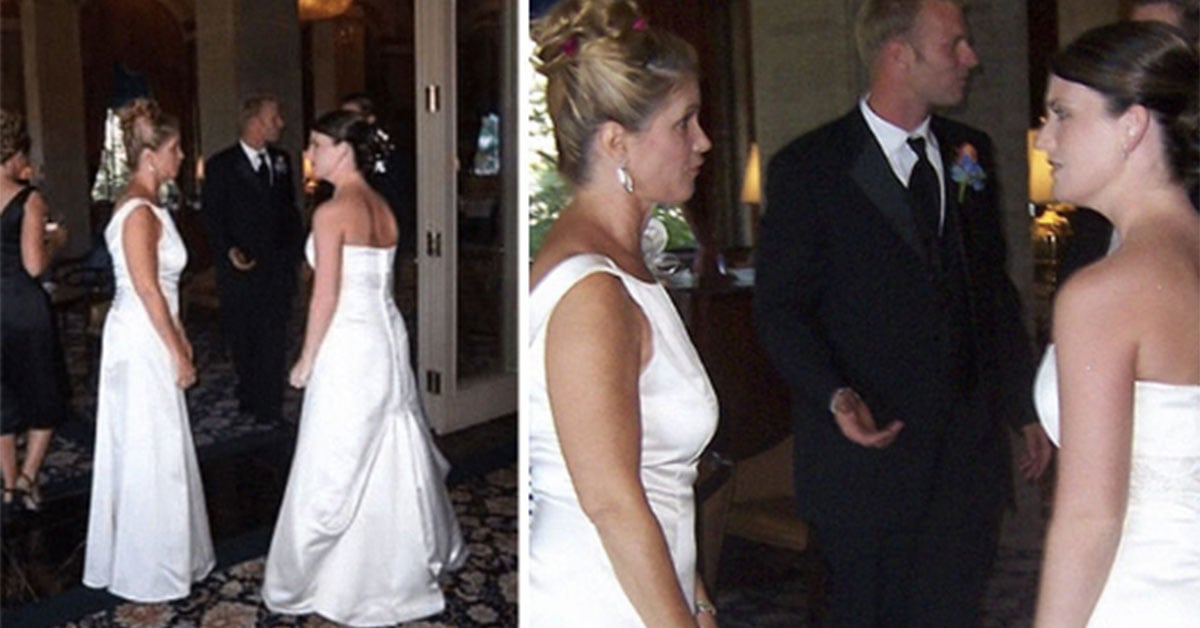 A girl’s wedding day is said to be the happiest day of her life; a day where it’s all about her. Now, it’s no secret that women tend to get a tad obsessed with planning their nuptials, but hopefully we only get the chance to be a bridezilla once in this lifetime – so best make the most of it!

For this bride, her worst fear came true when she ended up being the second person to turn up to the wedding in white – after her mother-in-law!

40-year-old romance writer Amy Pennza, who got married in Ohio back in 2004, decided to share her wedding fail to the masses in a bid to be included in the #WeddingFails game on American TV chat show The Tonight Show Starring Jimmy Fallon.

My mother-in-law wore a wedding dress to my wedding. So, yeah, top that one, Twitter. #weddingfail @jimmyfallon pic.twitter.com/IjqvnXT6Ps

The photograph shows Amy and her mother-in-law Terri, 64, stood in what looks like a tense stand-off in matching white wedding gowns. Yikes! The former bride’s body language said everything we needed to know.

On the photo, Amy said:

‘My fist is clenched, my back is really rigid, you can see the bones in my spine.’

The unfortunate tale managed to gain 55,000 likes in just a matter of days.

Amy said that most of her wedding day was a ‘blur’ but she distinctly remembered saying to Terri:

‘You…You could be the bride…’

She walks in. I see it. pic.twitter.com/avuU12yjuq

In light of the awkwardness, Amy’s sister and matron of honor decided not to pull the blushing bride aside in the hope that she would be ‘too distracted to notice’.

After the tweet inevitably went viral, people were desperate to find out more details about the bridal blunder.

This is horrible, tell us everything

Listen, I’m camping on this tweet. I want to hear everything. pic.twitter.com/dOkK9YzXr5 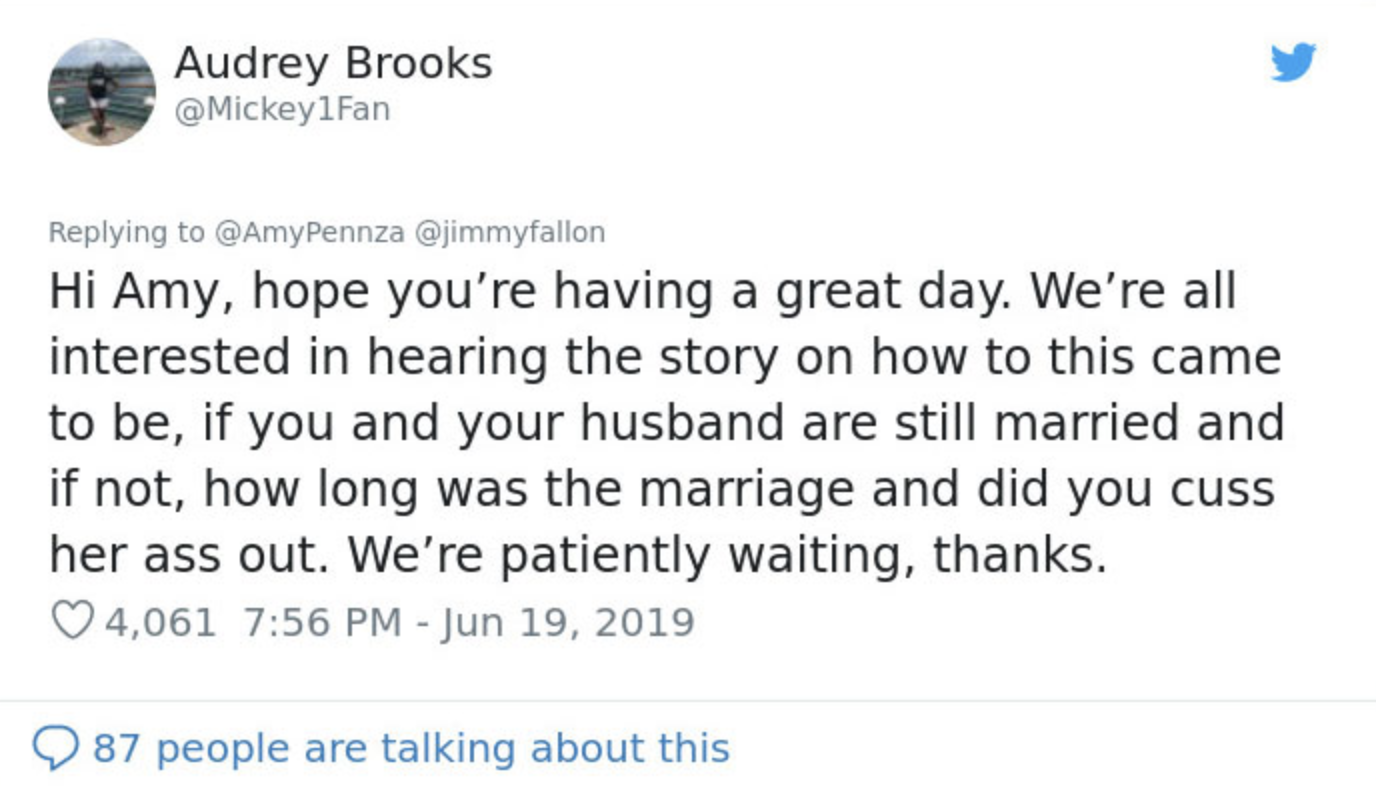 Amy gave fans what they asked for and explained how her ‘extremely frugal’ mother-in-law had no malice in her decision to match up.

Surprisingly, she holds no grudges against her mother-in-law and instead defended her actions:

‘It’s flabbergasting to me that she wore that but it just didn’t come from a place of malice — she’s a huge thrift person, so she saw it on clearance and just bought it.’

She went on to give readers some background information about her quirky second mom.

Here’s the thing: My mother-in-law is extremely frugal. And I don’t mean she just enjoys a good bargain. To understand her, you have to know where she comes from.

In a bizarre twist, Amy spoke about Terri’s humble background and how it had made her come up with ‘creative’ ways to save money wherever possible.

She grew up in extreme poverty. As a child, she used to sneak into the kitchen and eat match heads. That’s a pica craving, and kids do it when they’re malnourished.

When you grow up with nothing, it stays with you. Forever, I think. No matter how much money you earn, there’s always that little fear in the back of your mind that someone might take it all away.

But her upbringing didn’t make her hard. Or cruel. Or selfish.

However, she’s a bargain hunter to the bone. Her money saving strategies are legend—and often hilarious. At family gatherings, we amuse ourselves telling stories of crazy shit she’s done to save money.

For example, she takes the olives and celery out of a Bloody Mary and saves them for salads.

Amy says that the incident is now a family joke and she has come to see the funny side.

‘I’ve told her a couple times when we have family weddings like, ‘No white dresses. We’ve done this before, it’s bad.

‘It’s funny stuff that is borderline offensive, but taken as a whole you can’t be angry. We love her.

‘She’s garage-sale-ing with my kids. She’s teaching them how to thrift.’

Imagine if she’d caught the bouquet…