Myspace stars who broke through to the mainstream 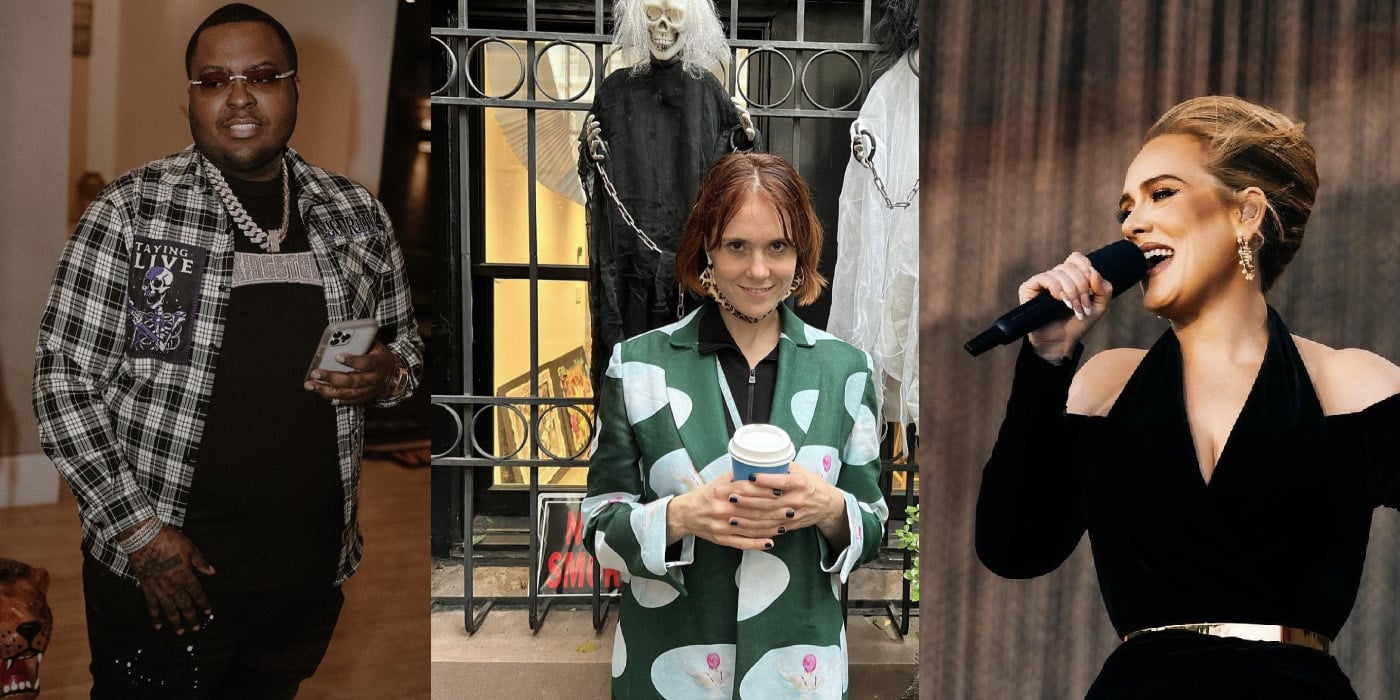 If there’s anything that truly distinguishes the music industry in the 21st century from the 20th century, it’s the avenues artists had to make it big. At one time, the only thing you could do is tour and tour to sometimes no end in the hopes of a record producer stumbling upon you and offering you loads of money and radio time.

With the dawn of the internet, all that changed. Artists, though still flogging themselves to potential labels, took matters into their own hands, creating and marketing their music on the likes of platforms such as Myspace, a social media OG which acted more as a streaming service than anything.

Thanks to Myspace, the likes of Lily Allen, Kate Nash, Sean Kingston and the Arctic Monkeys were discovered and propelled to heights they could have never predicted. It altered the approach artists and audiences alike had to sharing and consuming music, creating a new normal which is going strong to this day.

Here are a couple of the household names that had humble beginnings on Myspace. 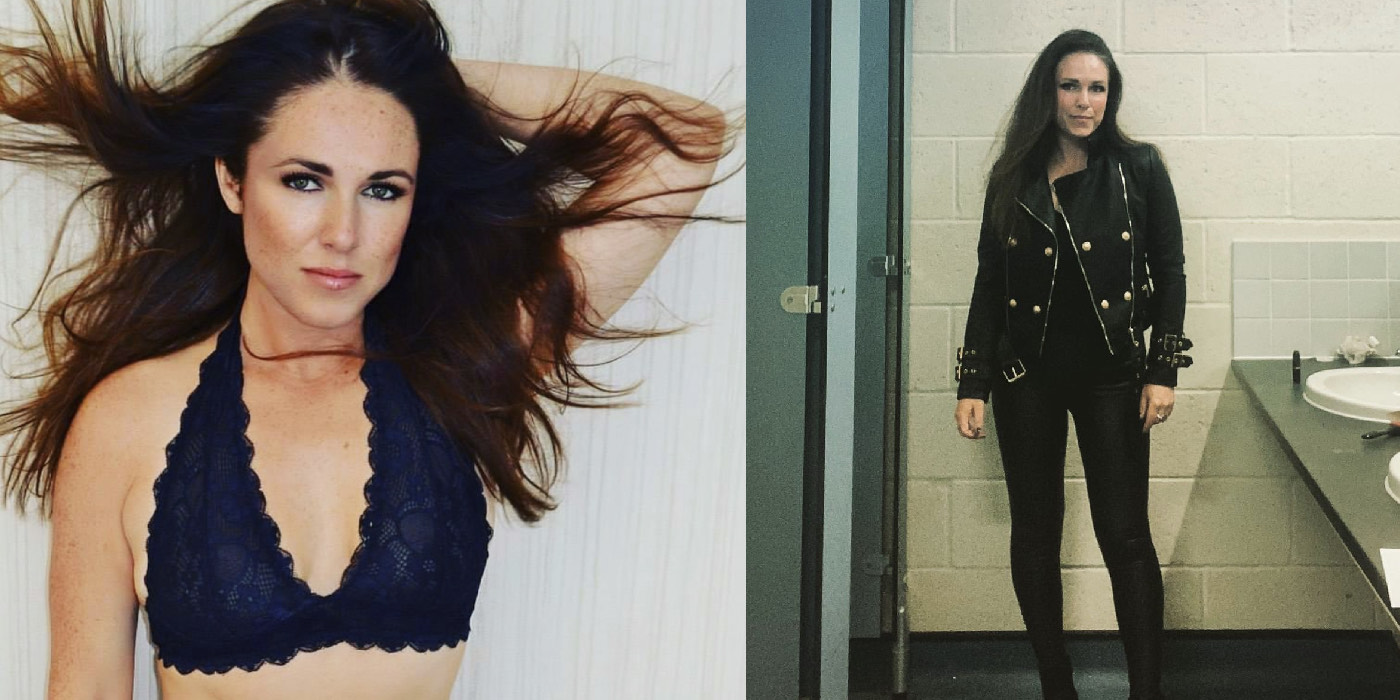 Scottish singer-songwriter Sandi Thom had a unique approach to catching the public’s attention. She played a 21-date tour in her own basement, streaming and promoting them on on - you guessed it - Myspace. Believe it or not, her song I Wish I Was A Punk Rocker (With Flowers In My Hair) had initially failed to chart. Thanks to her online presence, record labels gave her another swing, re-releasing the song in May 2006, climbing to Number 1. Only one more Top 40 hit followed, but Sandi did score a Number 1 album in 2007 with Smile, It Confuses People.

“Its chalk and cheese because people’s reactions were very down the middle,” Thom said about a 2015 video she posted ranting against BBCRadio 2 refusing to play her new music. “Some people thought it was admirable to have the balls to speak out about stuff that goes on behind closed doors and some people were like ‘shut up you whingeing old whatever. There is no artist out there who has 100% of the people 100% of the time behind them. You will always have people who don’t like you for whatever reason and there’ll always be people who will back you until the end of time so it doesn’t change anything for me if you like. 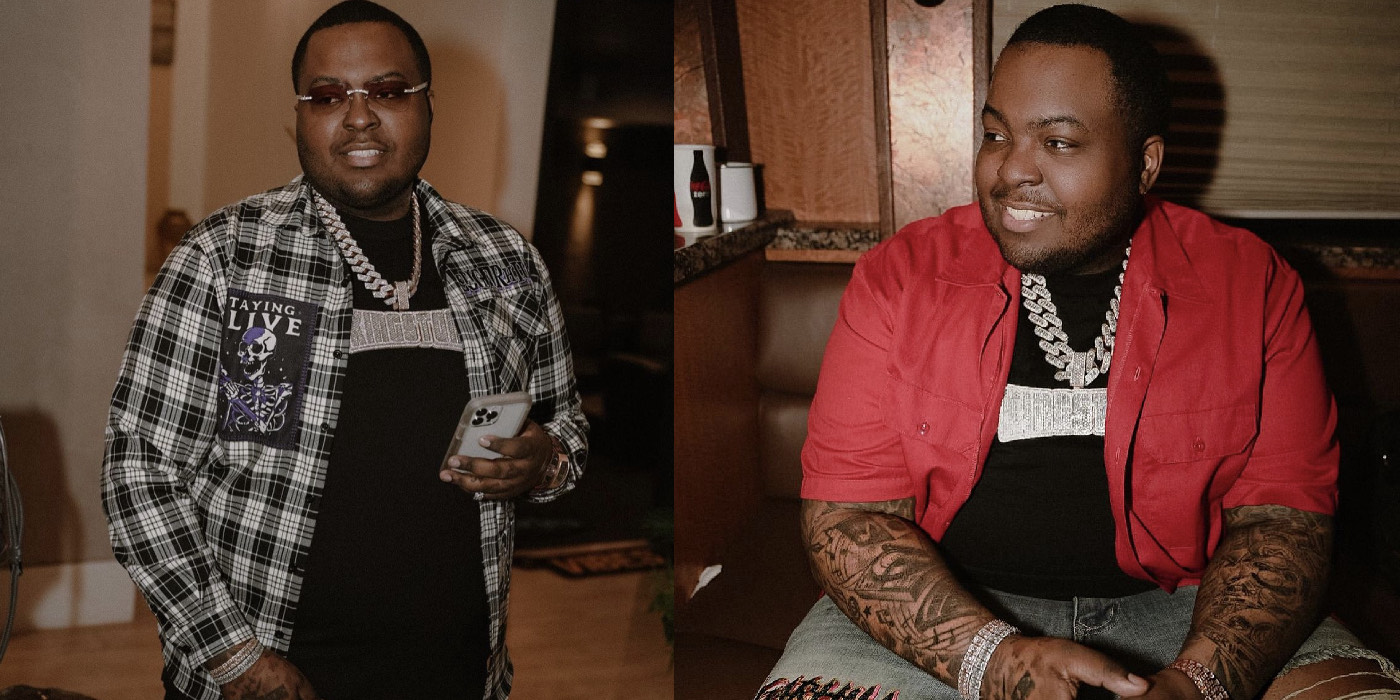 Sean Kingston, the man who threatened self-harm at the sight of beautiful girls, was inescapable during a few weeks in 2007. He can thank his Myspace approach to this. Kingston would spam producers with messages until they replied, made sure to accept every friend request, reply to as many message as humanly possible and more than anything, keep his fans updated daily with new music, mixtapes and general news.

Here in the UK, Beautiful Girls managed to knock Kanye West off Number 1, staying there for four weeks. He’s had a few more Top 40 hits including Eenie Meenie (his collab with Justin Bieber) and Party All Night (Sleep All Day), both of which peaked at Number 9.

“I brag about my jewellery, I show it off. I talk about my whips and travelling. But I don’t make music for just for myself. I make music for everyone. I do make people feel good every day. I want the grandmas and the little kids to be happy. I want everyone to enjoy this music and be happy. And that’s how I live my life.” 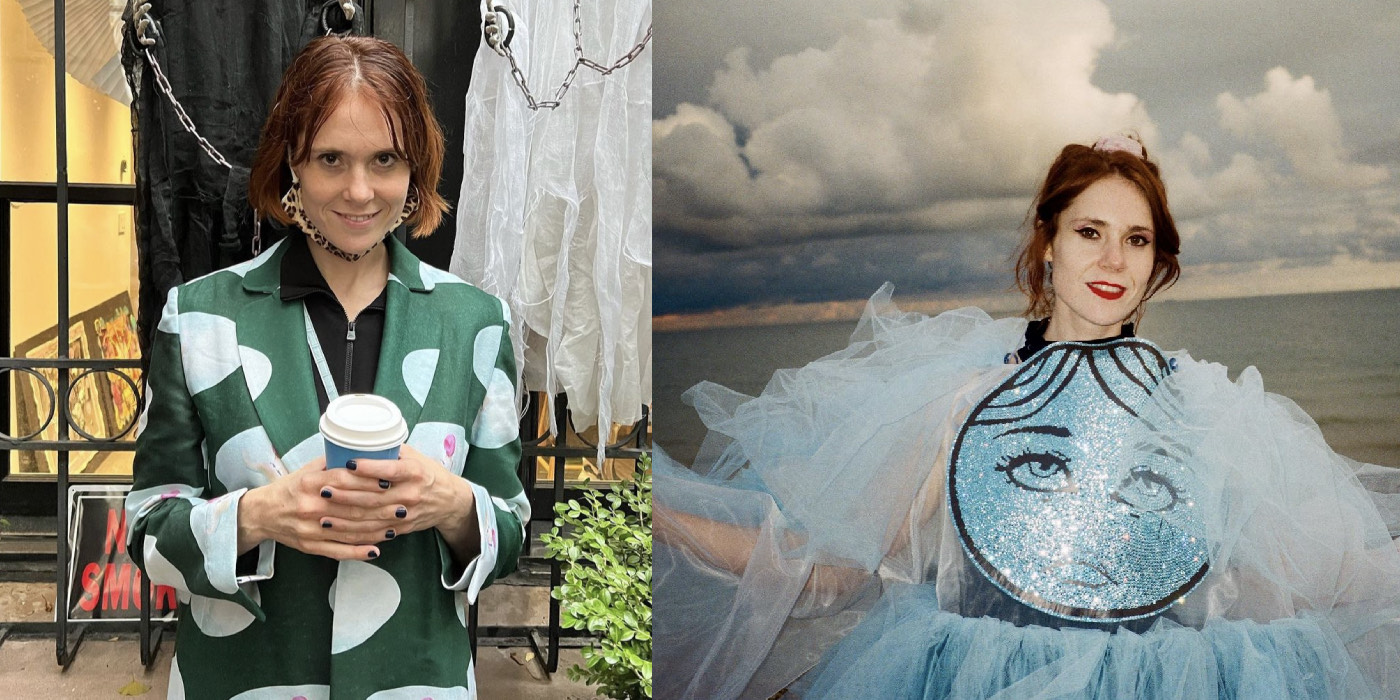 Kate Nash, a pioneer of Inbetweeners transitional music, burst onto the scene out of nowhere in spring 2007 with her single Foundations. By turns profound and facetious, Nash’s music struck a chord with certain millennials navigating love and heartache in an increasingly online world. Her debut album Made Of Bricks went straight to Number 1 in August that year, leading to two nominations and a win at the 2008 BRITs. Her next two albums failed the make the same impression and for a few years, that was that. Nash then made a comeback by starring in Netflix series GLOW.

“I was just really young and I remember feeling excited but also feeling overwhelmed a lot of the time,” Nash said of her instant fame. “I’d play these giant shows to 25,000 people and I remember just feeling quite lost on stage. I didn’t really know what I was doing because I’d only just started… But I remember more the up-and-coming kind of feeling. Being on the streets of London, having MySpace, being really excited about getting a gig at Camden Barfly. Those kind of things were really, really tangible and exciting. Then it blew up and I was just kind of like, fuck!” 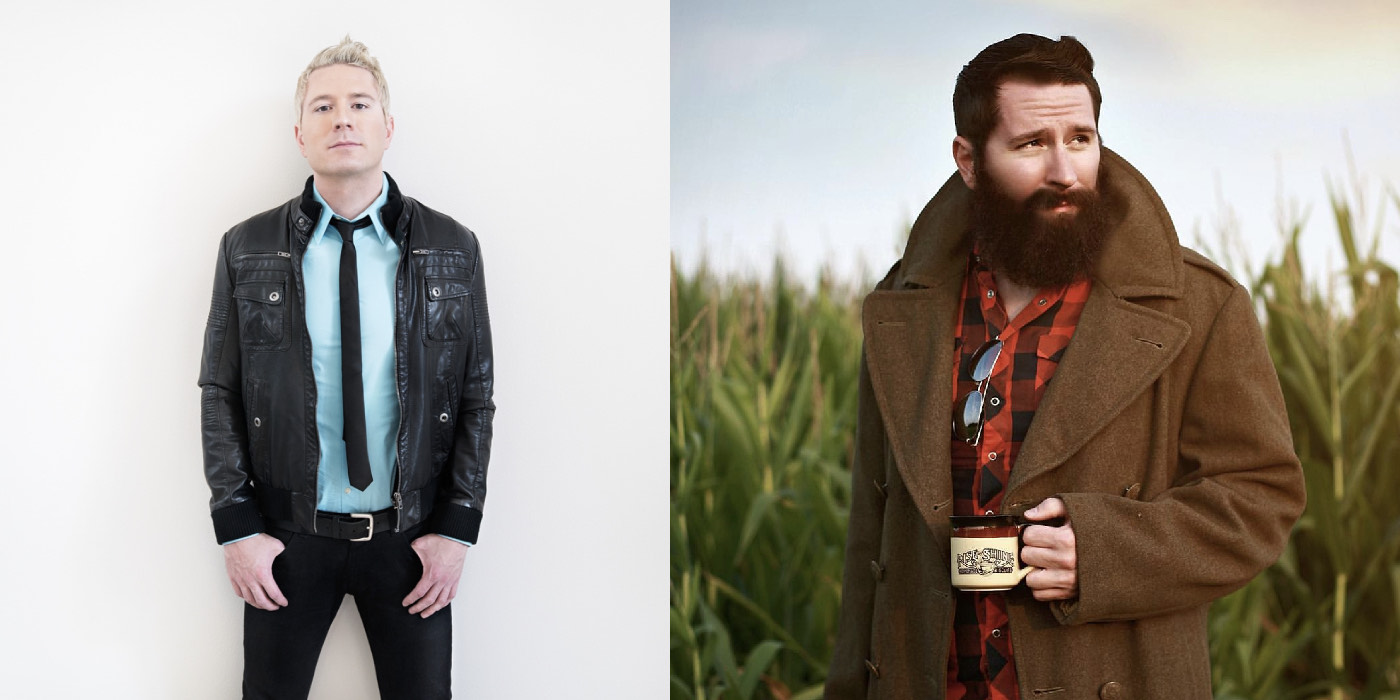 Owl City, the stage name of Adam Young, was an electro-dream-pop phenomenon in the late aughts thanks to his 2009 hit Fireflies which landed at Number 1 in the UK. Like Sean Kingston, Young offered constant updates to fans and responded to every message he received, creating such a strong connection with his fans that it landed him a record deal. His major label debut Ocean Eyes was released in 2010, reaching Number 7 in the Official Albums Chart.

By the time he signed a record deal with Universal Republic in 2008, Owl City’s profile had been viewed more than 5 million times, with independent hit Hello Seattle amassing 3.5 million plays. There wasn’t a huge precedent for whether online popularity could translate into real world success, but 2009 single Fireflies topped the charts in 26 countries on the way to selling over 10 million copies. That year, Young made his first trip outside North America, performing sold-out shows in Beijing and Shanghai. 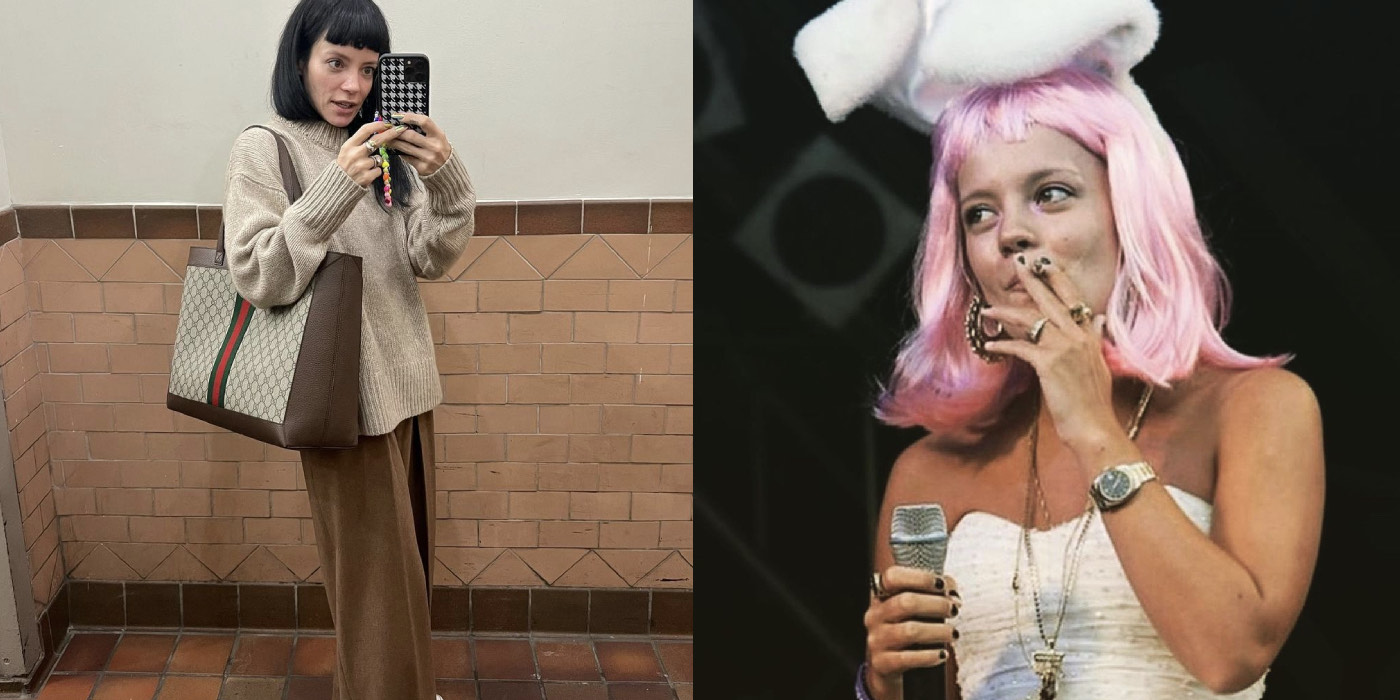 Lily Allen may have had interest from record labels prior to Myspace but it was there were things really took off. After releasing some of her demos on the platform, she quickly gained tens of thousands of friends, whose support eventually took her to the heights we saw her reach with singles like Smile and LDN. To date Lily has clocked up three Number 1 singles including her debut Smile in 2006, four Top 10 albums in thirteen years, and a total 73 award nominations (with 31 wins no less). Her 2018 album No Shame received a Mercury Prize nomination.

Sadly, Allen grew to loathe the tool that helped her so, quitting social meia in 2019. “Guys I’ve got some sad news. Well it’s good for me… My sad news is that I’m on holiday and I have decided that when I get home, I am getting a burner and throwing away my iPhone,” she told fans. “Anyway I’m done with this dead a**e app and Twitter and email and Whatsapp. All of it can go and suck its mum’s… I just wanted to let you know that. I am going to miss all of the d**k pics and all the misogynistic abuse, all of the propaganda, all of the Taylor Swift, Scooter Braun, Kim Kardashian, Kayne West news.” Allen added that she planned to “read some books and gain some knowledge.” 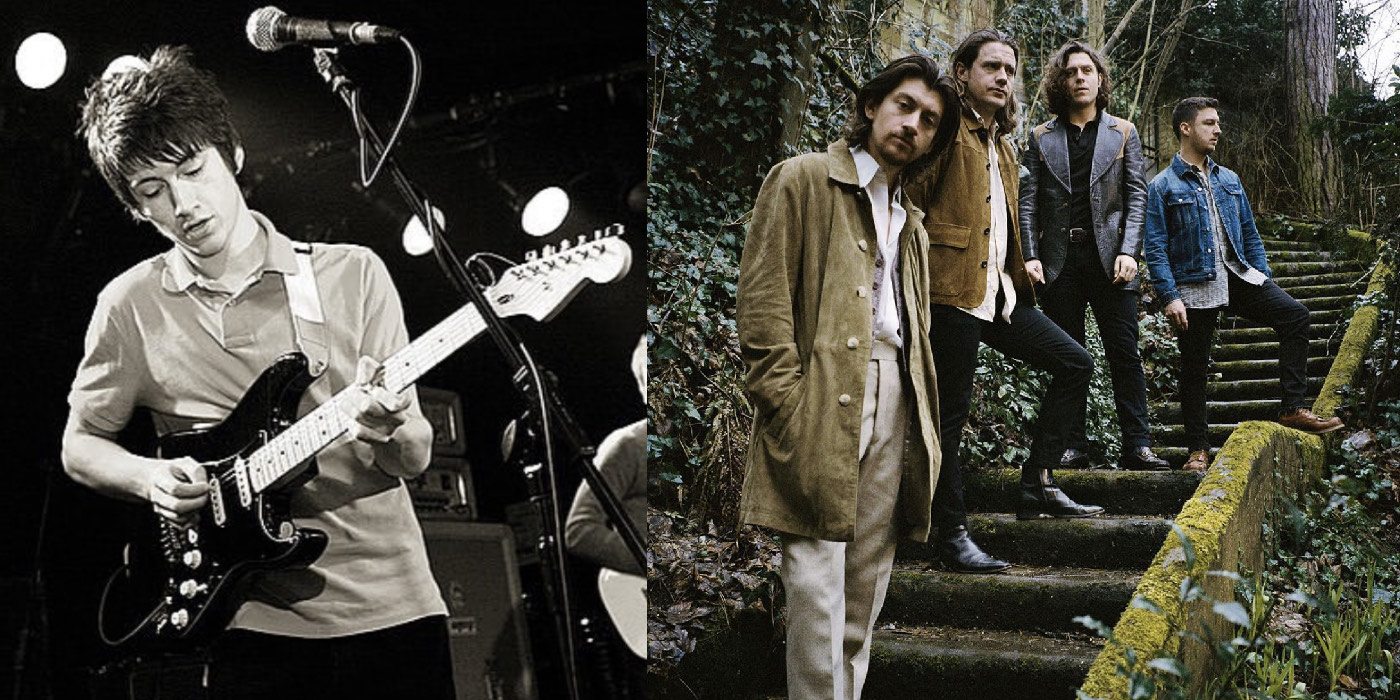 When we talk about people discovered on Myspace, Arctic Monkeys is always one of the first names that springs to mind. But what if I told you the Arctic Monkeys never planned on starting a page and it was actually created by friends of theirs? These Sheffield lads were traditional in their approach, choosing instead to write, gig and distribute physical CDs than waste time on some kooky internet thing. In the end, their Myspace became instrumental (if you will) in their rise to indie stardom, with fans taking it upon themselves to share bootleg versions of tracks on forums. The band’s growing following caught the attention of multiple major labels, but they ultimately signed to Domino in 2005.

Starting with debut Whatever People Say I Am, That’s What I’m Not, every single one of their six albums has gone straight in at Number 1, and they’ve had six Top 10 singles including two Number 1s. So let’s take a second to thank the unsung friends of the Arctic Monkeys, who overrode Alex Turner’s fear of technology, giving us one of the - if not the - best British band of the millennium. 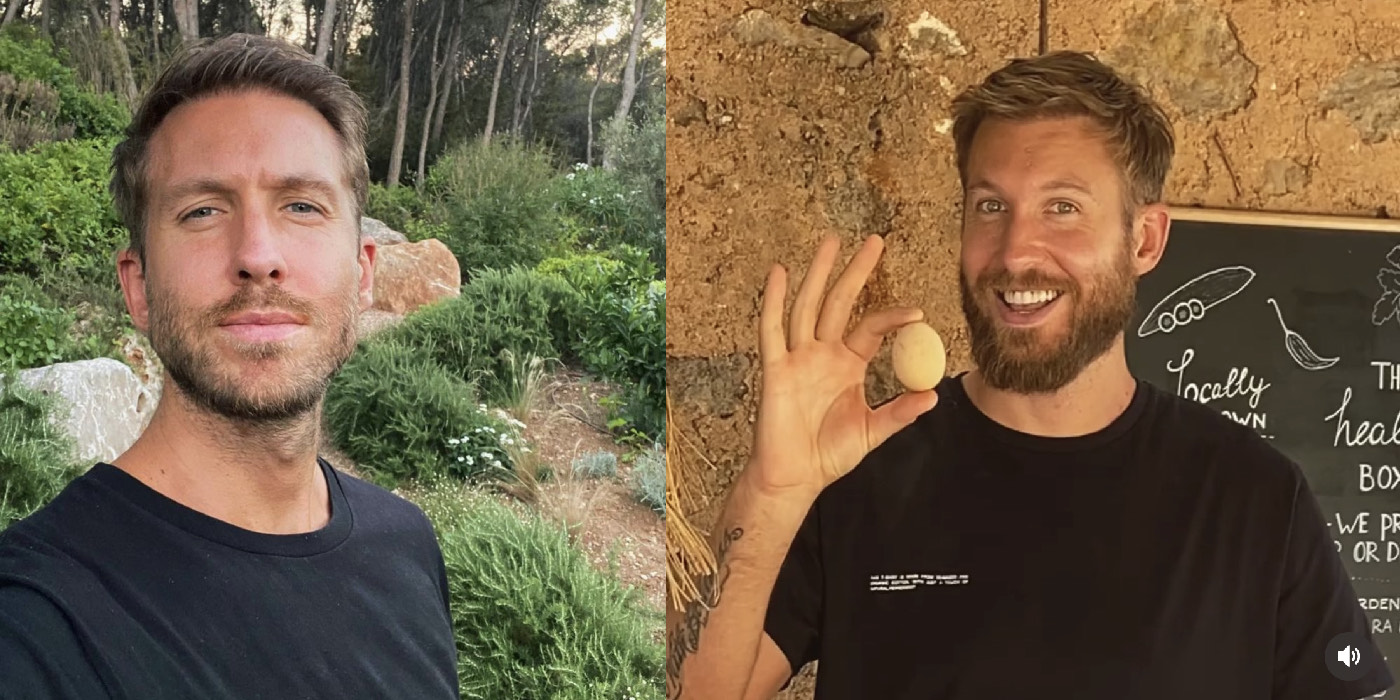 Calvin Harris started making music at the tender age of 13 but arrived onto the music scene in 2007 with his debut album, ‘I Created Disco’, which he worked on after moving back home to Dumfries from London.

He was scouted by a record company and signed before officially releasing the album which included hits Acceptable in the 80s and The Girls in 2007. His second album, 2009’s Ready For The Weekend, charted at Number 1 in the UK Charts and spawned hits You Used To Hold Me and I’m Not Alone.

Calvin Harris is one of the biggest Myspace successes the UK has ever seen. He’s picked up 10 Number 1s - making him the male solo artist with the third biggest number of chart-toppers behind Elvis, and Cliff Richard - 34 Top 40 singles, and holds the record for the most Number 1 singles this decade (eight). He’s won two BRIT Awards and a Grammy.

Not too shabby at all. Craziest of all, he’s not even called Calvin Harris. Guy’s called Adam. Google it! Adam.

Love her or hate her, there’s no denying that Adele is Myspace’s biggest success story. The London-born singer was discovered when her friends - in similar vein to that Arctic Monkeys - uploaded recordings of her singing to Myspace back in the mid aughts, including one particular video which apparently led to her signing by XL Recordings.

The clip, totally amateur in terms of aesthetic quality (it was filmed on a mobile phone from 2006), displayed bags of talent in song-writing quality.

Adele is now one of the most successful artists of all time. Her 2015 album 25 is the fastest-selling album of all time - all time! - selling three million copies quicker than any other album ever. Her album 21 is the fourth biggest album of all time, and she has three of the biggest selling singles of all time. XL played a blinder.

Well, Adele’s mates played a blinder. As did Myspace. Thank you, Myspace. We will neva 4get u.