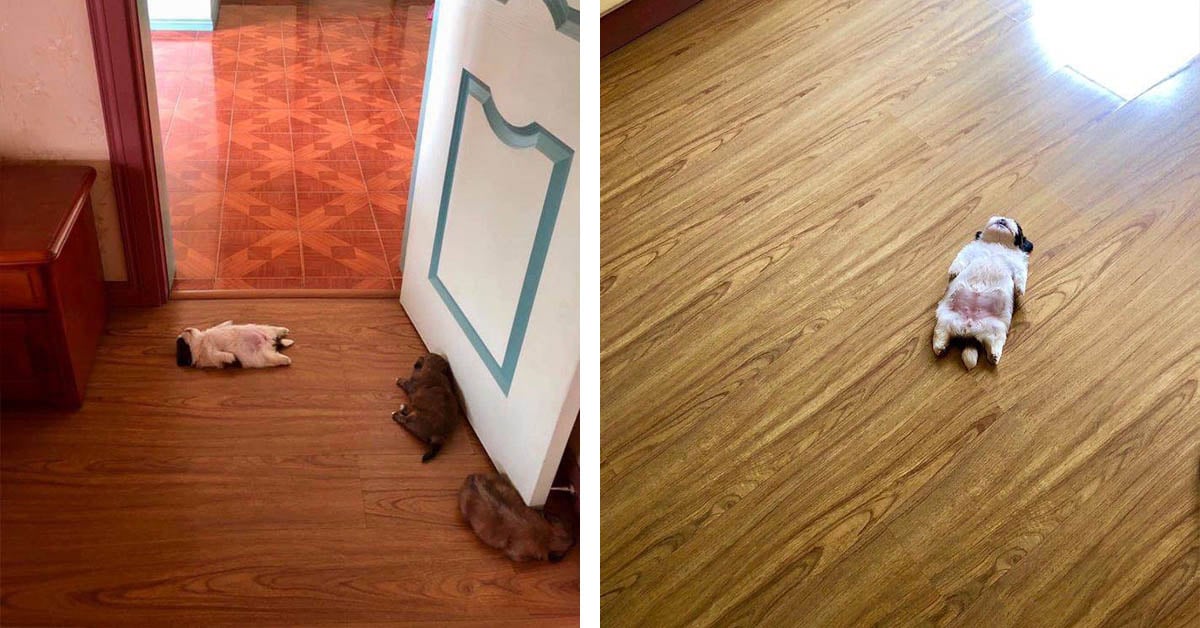 Puppies – everyone freakin’ loves them! And if you don’t, well, I can’t really do anything about it apart from absolutely pity you. I mean, they’re just SO ADORABLE. It really doesn’t matter what they’re doing – whether they are playing, posing for pictures, eating or even just sleeping – you can’t help but gush at them every single second! And there is now one particular puppy out there who has people everywhere gushing over her… especially while she’s asleep! The teeny tiny Shih Tzu puppy, known as Paningning, is one of the latest adorable canines to steal the heart of the internet, not just for her teddy bear face – but for her hilarious sleeping positions!

Paningning’s owner, Janess Cua uploaded a whole bunch of photos of the little angel to the Facebook group Dog Lovers Philippines. For obvious reasons, The photos quickly spread across platforms and now Paningning is a viral sensation with 55.5k followers on her official Instagram page!

Owner Cua herself said; “That is her sleeping position since birth because it’s the way she feels most comfortable.” and all we can say to that is you do you, you glorious little sweetheart! Apparently, Paningning is the youngest of a litter born to Cua’s eldest dog, who’s named Baobei. She is now an adorable three months old and is the only tri-colored of her siblings!

Originally her owners named her ‘Maningning’, which actually translates into “bright” in Filipino (so cute!), because of her distinct coloring. However, Cua’s daughter wanted her name to start with ‘P’ so it became Paningning. Doesn’t she look like someone had just flipped her “off” switch wherever she was standing and she just shut down immediately!? This one is so adorable I can barely stand it! She looks like a little stuffed teddy bear who has accidentally fallen off of the bed! Because of her hilarious sleeping patterns, Paningning has earned herself a very successful Instagram account which was actually put together by one of her adoring fans!

“Later on, he turned over that page to me so that I can continue to post pictures and videos of Paningning,” Cua explained. The account features more than just sleeping photos and her popularity has evolved into Paningning merch… because let’s face it, if there’s one thing the internet loves, it’s a tiny animal with quirky traits! I mean, she doesn’t even look real. She looks like a fluffy little statue!