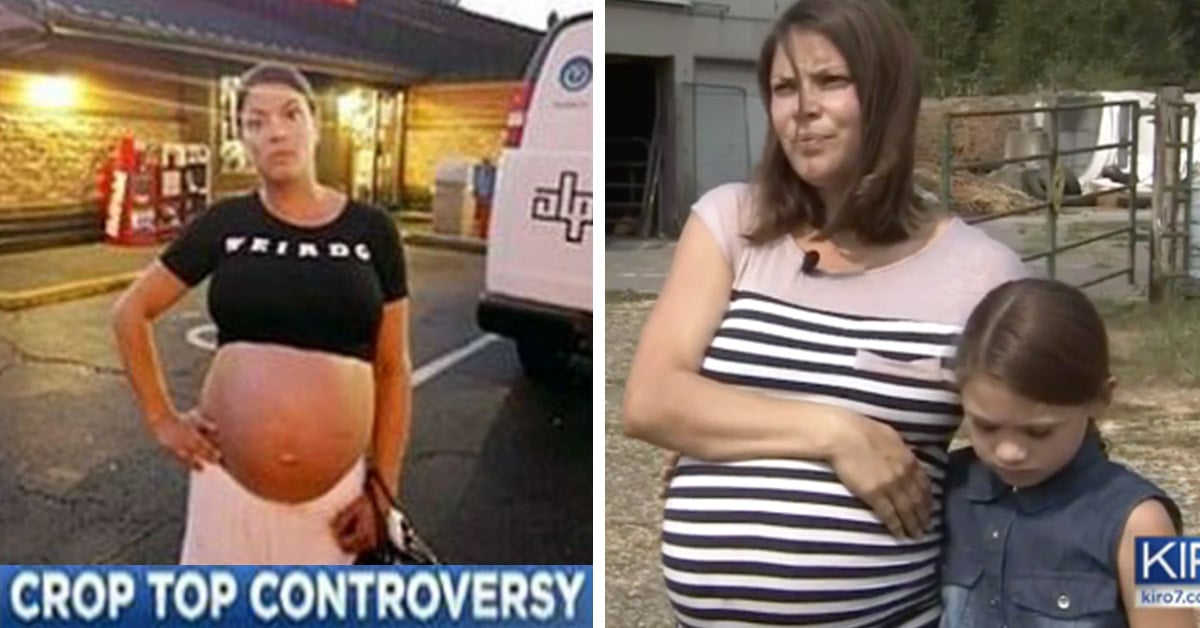 A story that perfectly demonstrates just how polarising the choices of womanhood can be is that of Charisha Gobin, who went for something to eat at the Buzz In whilst pregnant and was promptly invited to leave because of her “health and safety” violating outfit. The restaurant in question is located in Marysville, Washington. When Charisha arrived she (naturally) expected an enjoyable evening dining with her nearest and dearest. Unfortunately, a restaurant worker informed the mother-to-be that her attire was inappropriate for the establishment and as such she was invited to leave.

Charisha, obviously upset by the incident responded with a Facebook post (which has since been deleted but originally read);

“I was just denied service at the Buzz Inn on State Avenue in Marysville for my outfit. I’m violating the health code.”

Charisha included the image above with the post and racked up hundreds of shares. Speaking to Kiro 7 Gobin recounted the events of the evening;

“Just because my belly was bigger and sticking out. But had it been anyone else, I don’t think there would’ve been any problem whatsoever. I was wearing a shirt, it had sleeves. I didn’t even have cleavage showing.” Gobin went on to describe the emotional effects of being asked to leave;

“I was livid. There was no way I was going to stay there. It’s pretty ridiculous I was shamed in the first place and had to drive across town to eat”

“I was very surprised by the response. I think that says everybody pretty much agrees –  I wasn’t out of bounds or out of line in any way.”

She went on to conclude;

“Our bodies aren’t just toys, they’re for a purpose and I think it’s a beautiful purpose,”

But the event divided opinions. Some felt that Gobin had absolutely been treated unfairly, given that not-pregnant women would likely not have been asked to leave had they been wearing a similar outfit. However, others felt that the outfit was “inappropriate”. I can understand both sides of the argument if I’m honest.

On the one hand, Gobin was fairly exposed. Yes, a woman who wasn’t pregnant and wearing a similar outfit would likely not be bothered by staff, but given the size of Gobin’s tummy at the time it was a fairly significant amount to have exposed. My main thought is that she probably wasn’t too comfortable, but each to their own!

However, I think asking her to leave the restaurant was not fair. Although I sympathize with the waitress attempting to make a difficult call I think the diners could have coped with what is, after all, just the skin of a pregnant tummy, right?? I can’t think how a crop top threatens health and safety but I’m obviously not qualified to make that call… But what do you make of this story? Who do you think was in the wrong? Make sure to let me know in the comments??