#QuitTok - Why people are quitting their jobs on TikTok 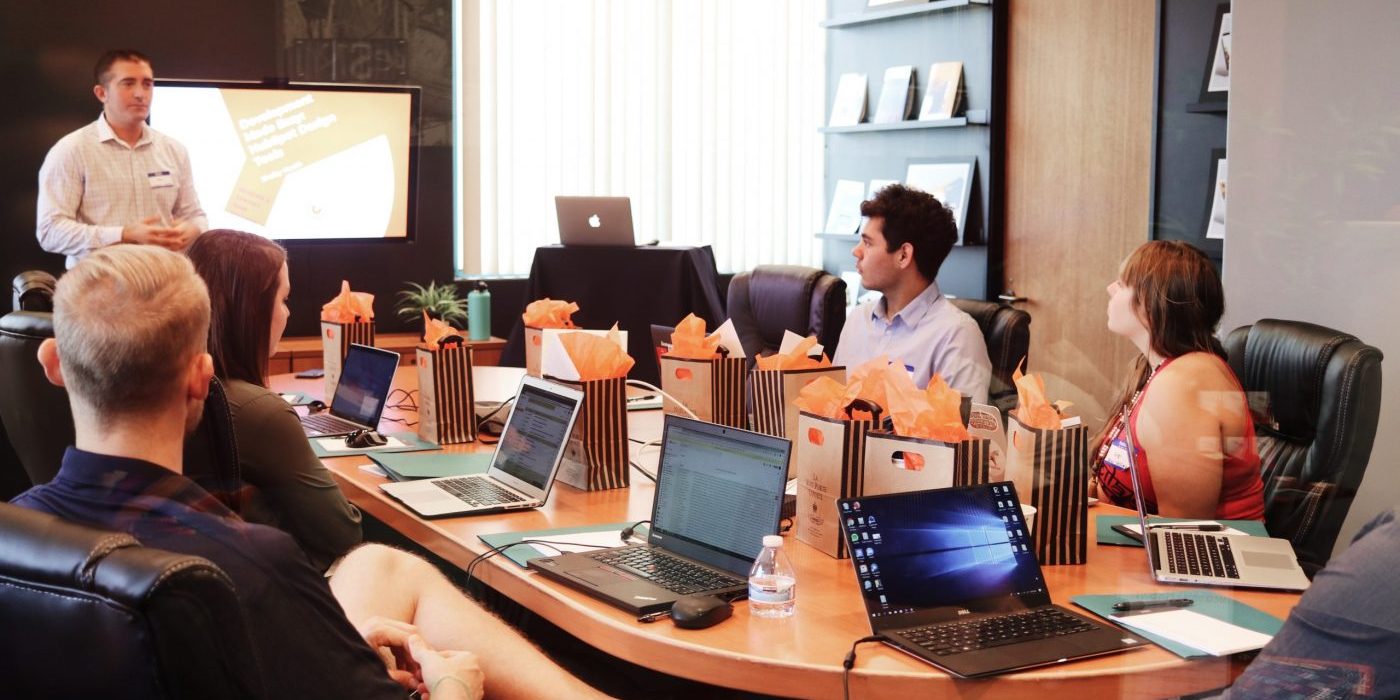 #QuitTok, the latest subculture on the app, has garnered hundreds of millions of views as news of the Great Resignation rings out across the United States.

Resignations in the US are at a two-decade high, according to September 2021 data from the Us Bureau of Labor Statistics which showed that at least 4.4 million people quit their job in the preceding months. This is where the term ‘Great Resignation’ came into play. Reasons behind this exodus may include feeling undervalued by employers, the pandemic changing people’s goals, and a variety of different job opportunities becoming available.

Enter #QuitTok. Why just resign in quiet when you could broadcast it to potentially millions of viewers? These videos feature people preparing for and handing in their resignation as it happens, or recounting the story. Tags included can be any variation of #quitmyjob or #iquitmyjob, which have 194.7 million and 41 million views respectively.

Not all go viral but a choice few have racked up seven-figure views with their courageous, if dim, posts. In one TikTok posted in November with over 11 million views, user @xounique is shown quitting her job by swearing over a tannoy announcement. In another, user @alikainwanderlust shared her experience of quitting her job, selling all her possessions, and living in Bali to 2.1 million viewers. 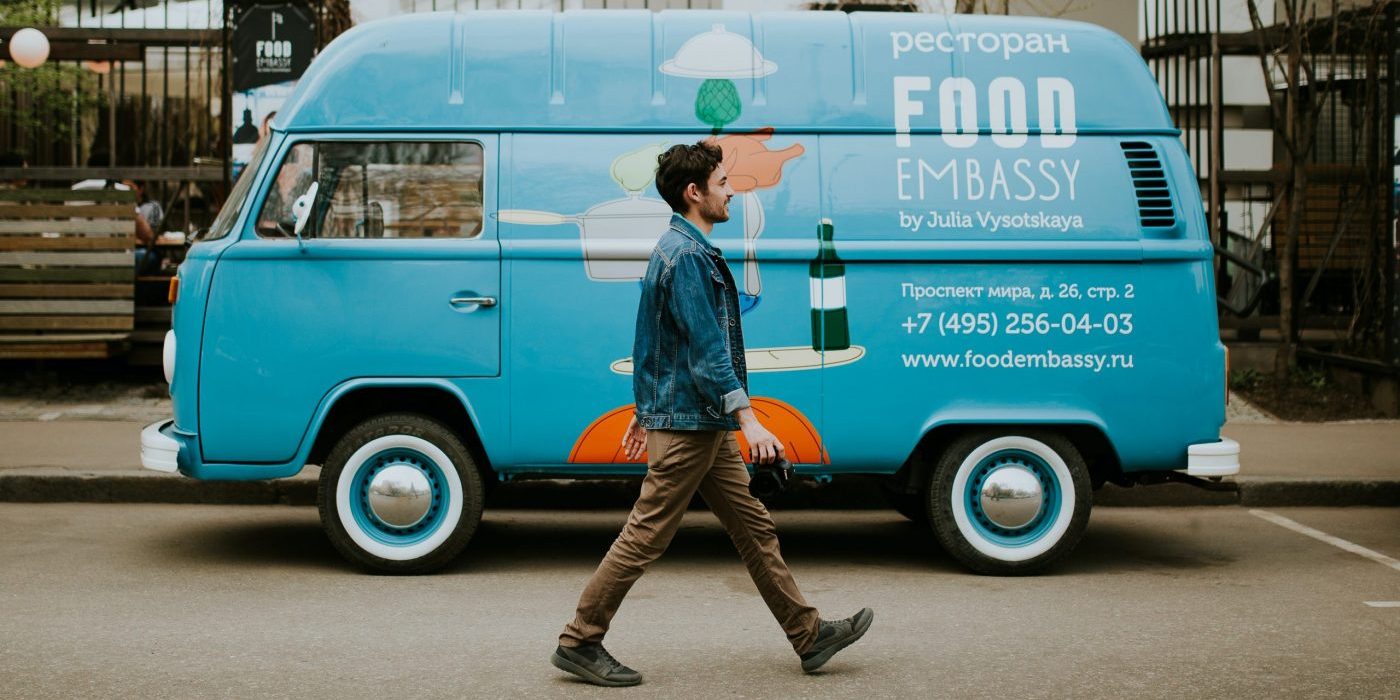 The jobs getting publicly dumped can even be ones that most would consider good professions. Users @laathewmaanen and @maddielovespotatoes shared viral TikToks within days of each other, announcing their departure from their teaching jobs, citing reasons like “burnout” and issues within the education sector in general. Former employees are not putting their employers on blast solely on TikTok. Twitter has seen its fair share of viral threads of people explaining their decision to start their professional lives afresh, whether that be financially or personally driven.

On top of that is the subreddit r/antiwork, which has over a million members, has also become a hub for people to talk about quitting their jobs. In its description, r/antiwork describes itself as a forum for those who want to “end work,” users who want support for work-related struggles, and “want to get the most out of a work-free life”. The forum has existed since 2013 but data shows that 500,000 people joined in October 2021.

Former marketing coordinator Gabby Ianniello used to loathe her hectic Manhattan existence. Waking up to a vicious iPhone alarm she labelled “you got this babe”, she’d then undertake a 45-minute commute. Nothing about this routine made her happy, not the travel, not the monotonous desk lunches, the repetitious emails.

In February 2021 she quit, with about $10,000 in savings, posting to TikTok over the summer how she’d found a new sense of bliss. “Right now, quitting is the hot thing to do,” Ianniello, 28, said. “It’s almost like the dot-com bubble, when you made your AIM name and you were an early adopter. You get to be part of the Great Resignation.” She later started a podcast called Corporate Quitter.

What caused the Great Resignation? 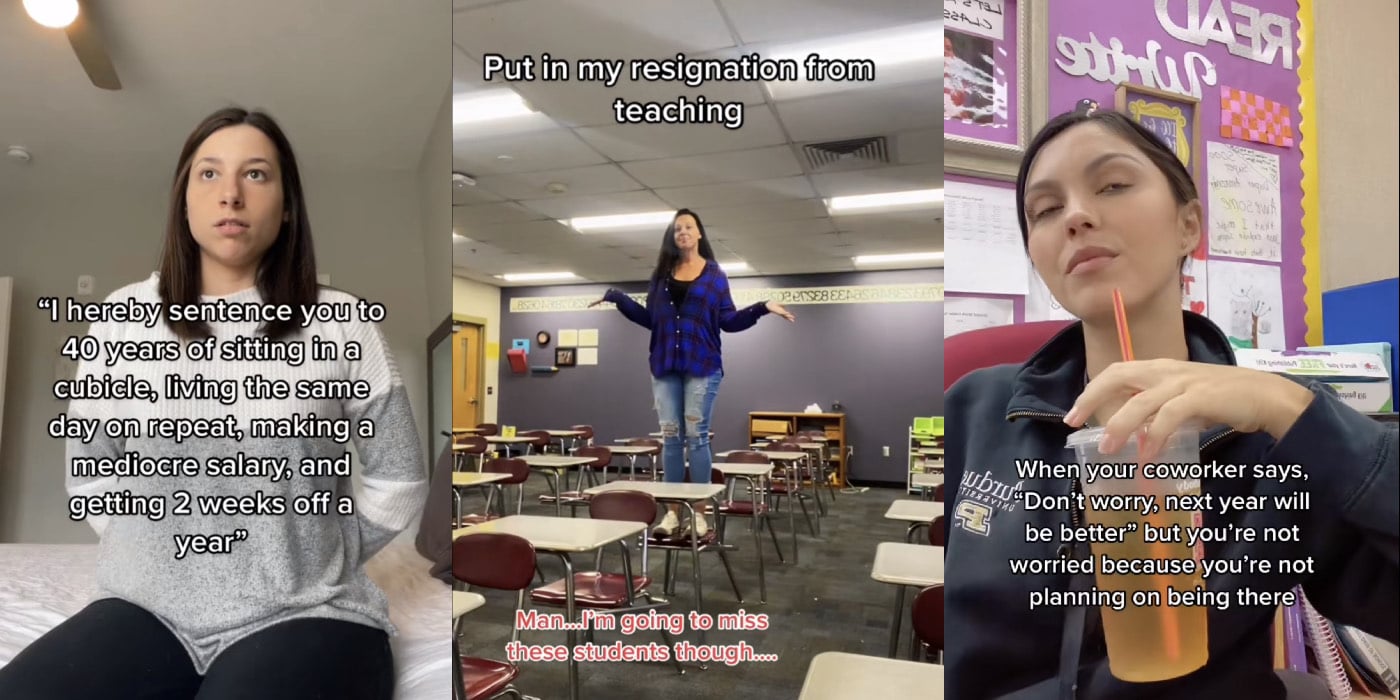 A Pew Research Center survey found that low pay, a lack of opportunities for advancement and feeling disrespected at work were the top reasons why Americans quit their jobs in 2021. The survey also found that those who quit and got employment elsewhere are more likely than not to say their current job has better pay and greater chances of advancement, as well as work-life balance and flexibility.

The majority of workers who quit a job in 2021 said low pay (63%), no opportunities for advancement (63%) and feeling disrespected at work (57%) were reasons why they quit. Around half said child care issues were a reason they quit a job. Lack of flexibility to choose when they put in their hours (45%) or not having good benefits such as health insurance and paid time off (43%) received similar shares.

About four-in-ten adults who quit a job last year (39%) said a reason was that they were working too many hours, while three-in-ten cited working too few hours. Near to a third (35%) cited desires of relocation. Interestingly, only 18% cited their employer requiring a COVID-19 vaccine as a reason.

When asked separately whether their reasons for quitting a job were related to the COVID-19 outbreak, 31% said they were. 34% of those without a college degree were more likely than those with a bachelor’s degree or higher education (21%) to say the pandemic played a role in their decision. 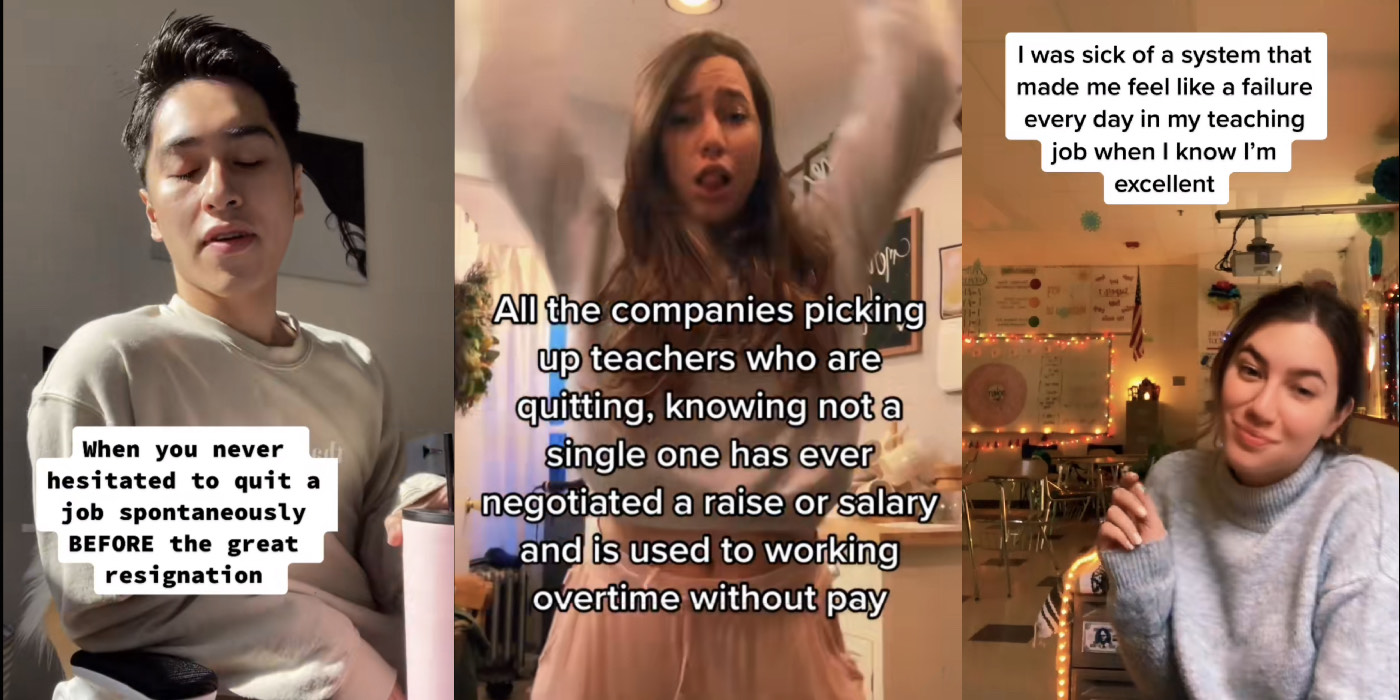 Aren’t these quitters worried that their very public spats with old bosses are going to alienate their potential future bosses? They might not be. The supply-demand curve the labour market is tilting in their favour. More and more employers are having to be less picky when it comes to their hires. The share of ZipRecruiter posts that require “no prior experience” jumped to 22.9% in 2021 from 12.8% in 2020.

The share requiring a bachelor’s degree fell from 11.4% to 8.3%. Some parts of the United States are seeing significant gaps between job openings and job seekers. For example, Nebraska has 69,000 positions unfilled and 19,300 unemployed people. Attitudes to liberties that might have hurt an employee’s livelihood or job prospects, such as maternity or paternity leave, are cooling off.

What jobs won’t exist in the future? 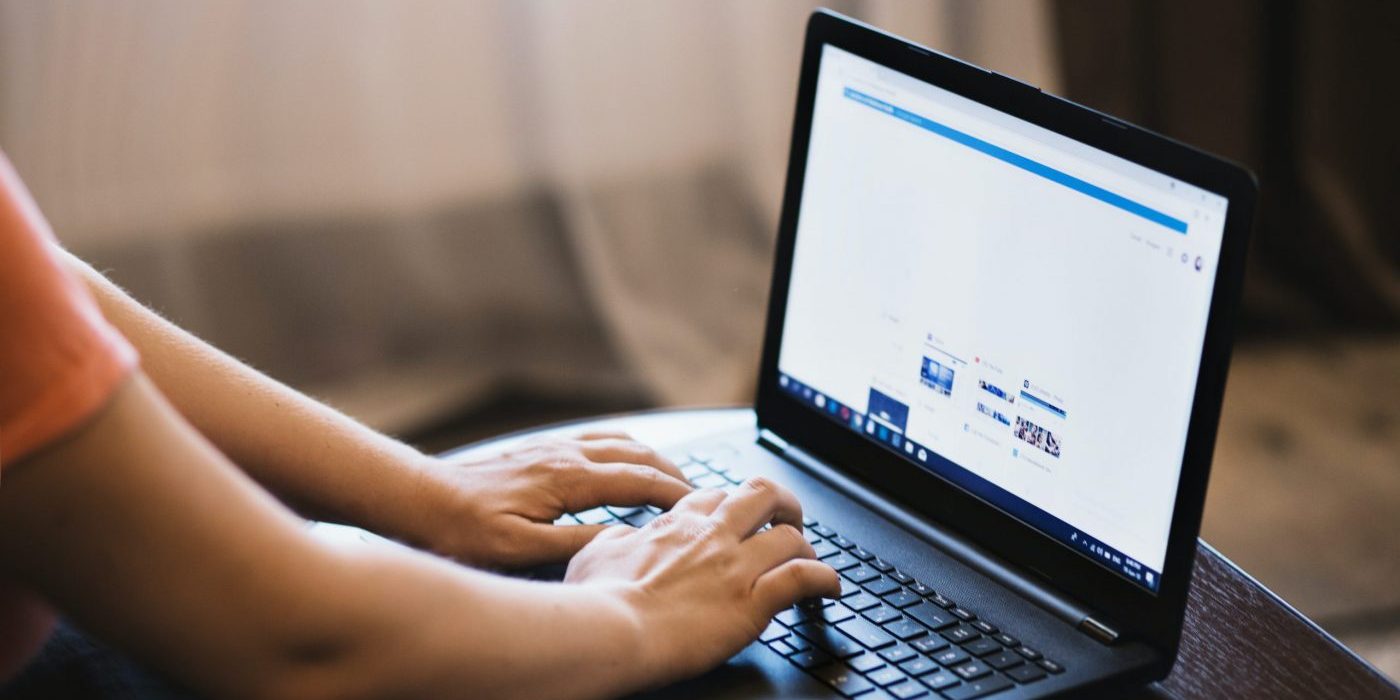 There are some lines of work that you should avoid investing time in if you’ve just publicly quit your job. Some of these include factory work, bartending, farming and publishing. These long-established fields of employment are feared to become extinct as soon as 2030 should the very worst happen.

Travel agency is another decaying industry. Today, with the abundance of easy-to-use comparison websites, anyone can arrange their own holiday. All you need is your bank card and a few spare hours to research your destination, with the likes of Trivago, Opodo and Skyscanner tailoring flight and hotel searches to your precise price and date range. Numerous travel operators have closed down branches to focus on their online operations in light of this societal shift.

What is the Great Regret? 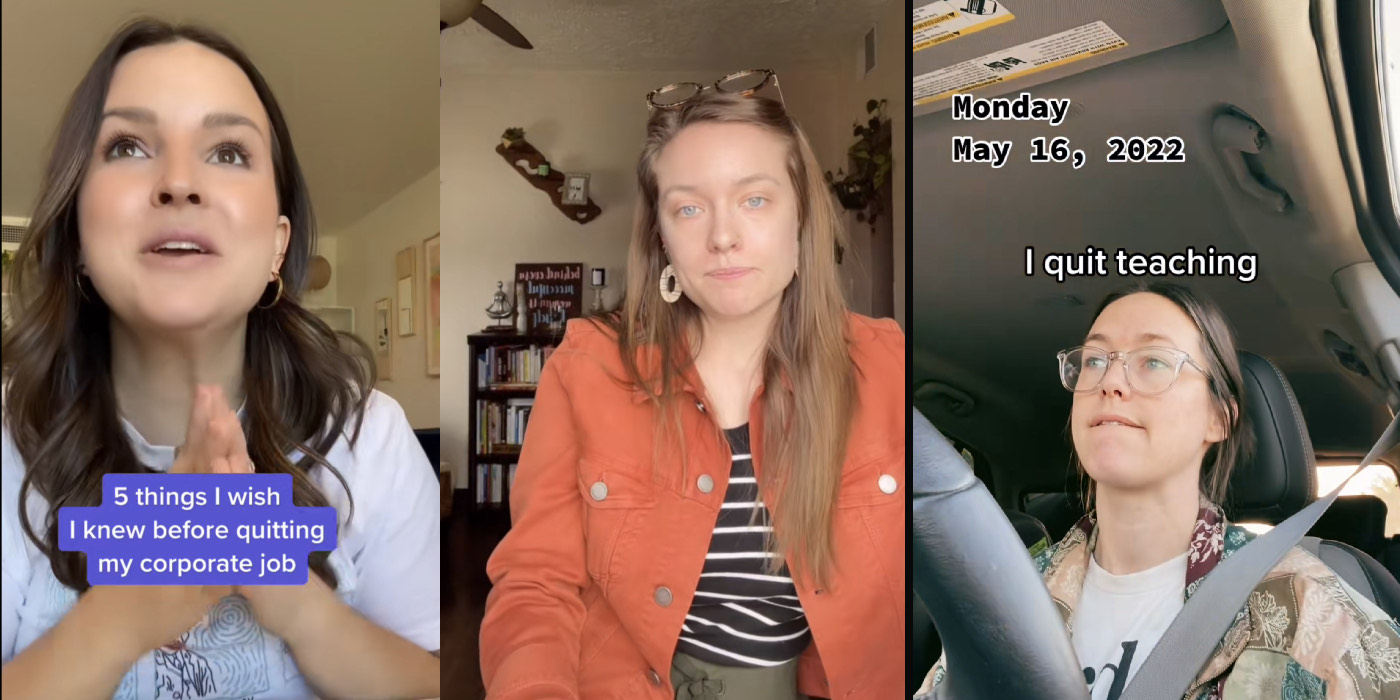 Are these workers all proud and content with their choices? Are they leaving jobs for new jobs that are much better in every aspect than their old jobs? Are QuitTokkers living in an alternate reality where life works like this? And how do we get there?

A study by job search site Muse of more than 2,500 workers found that almost three-quarters of them (72%) experienced either “surprise or regret” that their new position or new company they quit their job for turned out to be “very different” from what they were led to believe, causing a wave of what some are calling the Great Regret.

48% of these workers said they would try to get their old job back thanks to another term that the Muse is calling “shift shock”.

“They’ll join a new company thinking it’s their dream job and then there’s a reality check,” the company’s CEO, Kathryn Minshew told FOX Business. “It’s this really damaging phenomenon where people are brand new in our role, and they suddenly realize it’s not at all as advertised.”

Will there be a Great Hire? 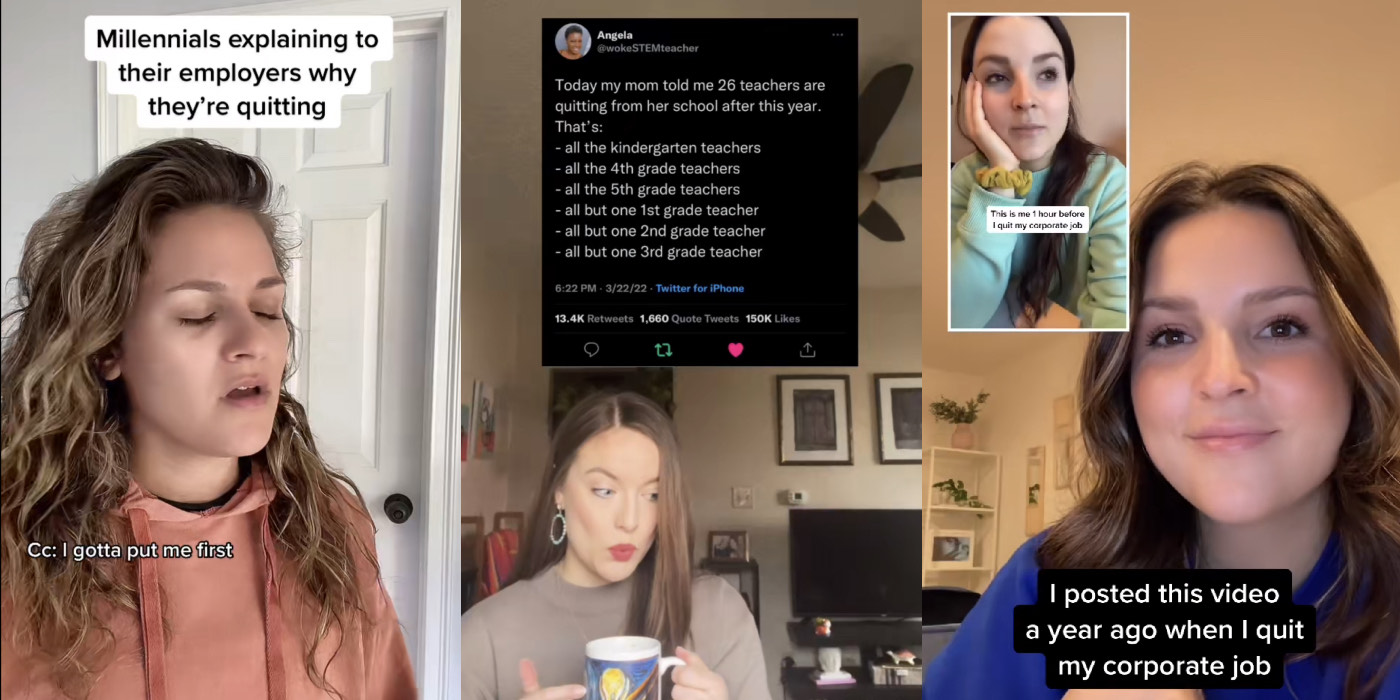 On the other hand, a Great Hire might be on the cards. Some believe employers will have to figure out how to recruit the best workers in a post-pandemic world, which we’re slowly entering. Experts claim it won’t be easy considering employees are now used to working from home and working independently.

How will this look, this new world? Will it change what companies look for in applicants? The 2020 Employer Branding Study from Hinge Research Institute says culture is a deal-breaker to employees and employers alike. “Having a strong company culture is absolutely essential for both evaluating talent and attracting new talent,” the study reads. Data shows ‘cultural fit’ is the top criteria for 75% of recruiters, placing it above work history and experience when hiring.

Anthony Rodio, CEO YourMechanic.com, agrees about the important role culture plays, but he says his definition of what a “culture fit” means during the WFH reolvution has changed. “When teams all sat in an office together, it was important for people to be able to get along. We used to apply the airplane ride test to new hires: ‘Could I sit and get along with this person for a four-hour plane ride?'” Rodio says. “In the new era of working from home, the definition of ‘culture fit’ comes down to whether or not an employee is a self-starter.”

So what does he look for now that managers aren’t meeting staff as much in person? “It’s more important than ever to hire people who are motivated and are comfortable with ambiguity,” he says. “Workers need to have an owner-like mindset, intellectual horsepower, leadership, self-awareness and accountability. Part of the onus is on leaders to foster an environment where employees are comfortable asking questions, but it’s also important to screen for people who are able to ask for help.”

Rodio’s tactics are still fairly traditional. He gets candidates to describe a time that they stepped up in a situation in which their teammates weren’t pulling their own weight. “I also ask them to describe a time they failed and what they would have done differently…you can also have workers describe their ideal work culture to get a sense of whether or not independence is something the candidate values,” he says. “The answers to those questions will tell you a lot about the candidate’s self-awareness, proactivity, and independence.”