Remember Amy Barnes from Hollyoaks? Here Is How She Looks Nowadays

Remember Amy Barnes from Hollyoaks? Here Is How She Looks Nowadays 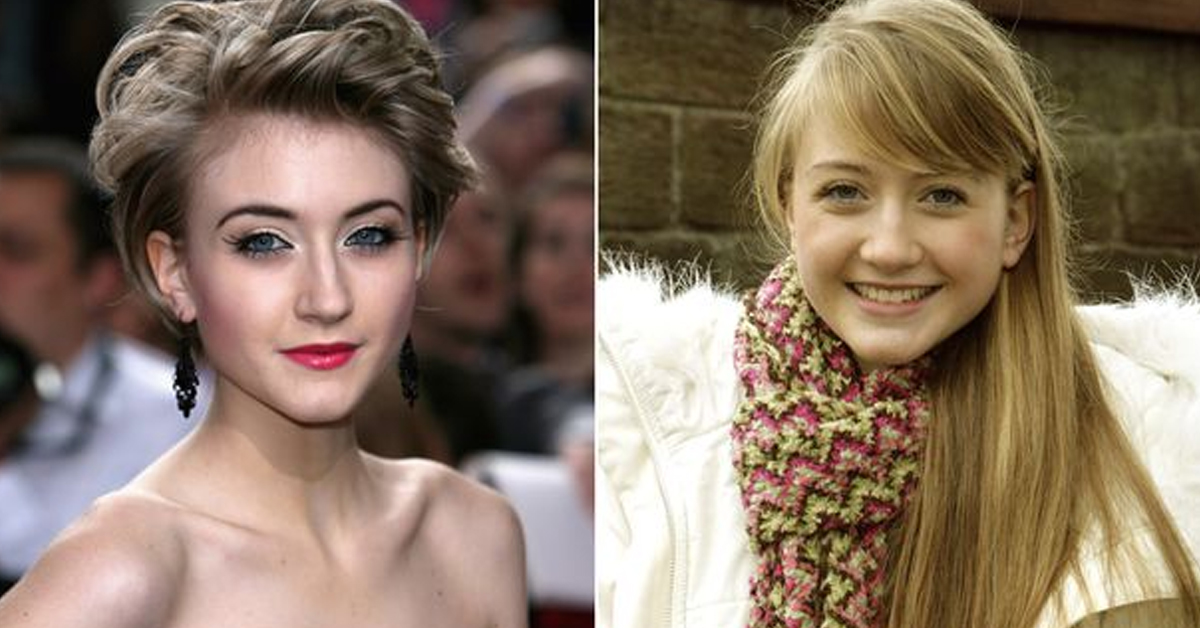 Believe it or not, it has now been over 20 years since Hollyoaks first aired back in 1995.

So many of us used to come home from school and tune into the show to catch up with the goings on in the lives of the Chester based soap.

We thought that as it is 20 years old, we would take the opportunity to go back and have a look at some of the classic characters from the show and see what they look like and what they are up to nowadays. Played by Ashley Slanina-Davies, Amy Barnes joined the cast of Hollyoaks back in 2005. Amy was a teen mum, and a fraud.

She tried to get people to give her money after telling them her daughter has leukaemia. She was also a victim of domestic abuse.

Ashley left the show back in 2012, but has reappeared in the show on an annual basis. The role of Izzy Davies was created for Hollyoaks’ On The Pull campaign, yeah we don’t really remember this campaign either. It was launched to pull budding new actors into the show. She is played by actress Elize Du Toit.

The character was written out of the show when Elize decided she wanted to follow a career in Hollywood.

But what is she up to now?

Izzy did return in 2007 to hook up with her ex Tony Hutchinson.

In real life Elize du Toit is doing rather well for herself. She landed a role as M’s assistant in Skyfall, and is also married to Rafe Spall.

If you are a Hollyoaks fan, there is no way you will not remember Jacqui McQueen…

The McQueen family are a key statement to the soap opera, and there are so many people within the mob-like family that I don’t think I could recall their family tree without a Google search!

However, Jacqui has always been a focal point for the family – believing she was the eldest child meant she felt a sense of duty in looking out for her younger siblings, becoming a character that nobody should mess with. That being said, she also is not shy of lashing out at the people she loves if she feels they are the ones being ridiculous.

Her fiery temper and outlandish dress sense encaptured her as a really memorable character, despite the nature of soaps to be like a revolving door of casting a lot of the time!

When Jacqui left the show, the actress who played her, Claire Cooper, said:

I had the “most incredible and unforgettable” time, and that Jacqui had been a “fascinating part to play”.

Well, look at Cooper now! You can hardly recognise her from her McQueen character!

She looks so stunning! Would you recognise Jacqui on the street now?

She has changed A LOT since her time on the show. Michaela, played by Hollie-Jay Bowes was the youngest member of the McQueen family, and also one of the biggest trouble makers in the family.

Her character was axed back in 2010, but she made a very brief reappearance in 2011.

Hollie has since gone on to do work for Sky 1’s After Hours, and also narrates the documentary series Supersize Me. Back in the day (1995 to be exact) Ben Hull was a Hollyoaks hunk. It wasn’t just down to his bad boy look, it was also because of that gorgeous gold hop earring.

Ben left Hollyoaks back in 2001, Lewis committed suicide in a very emotional, touching scene, which left many fans of Ben’s character, and the show, heart broken. Since his departure from the show Ben has landed himself a role on Holby City as Mr T, however he also managed to land a role in Southpark, Doctors, and Casualty. Hannah, played by Emma Rigby was involved in one of the biggest storylines, and also one of the most touching storylines Hollyoaks has ever done. No one can forget the anorexia story which involved Hannah Ashworth.

Emma landed the role when she was 14 years old, but has since left the show to spread awareness about mental illness, and work in America.

She managed to land a minor role in The Counsellor, 2013, which starred Micheal Fassbender, and Brad Pitt. Dan who was played by Andy McNair landed the role of Dan back in 2001, and he soon became a favourite of everyone who watched it. His rock relationship with Debbie Dean was enough to keep us all on the edge of our seats.

Not only that, in true Hollyoask style Andy was falses arrested and imprisoned. Talk about drama! Andy left the show after Dan died in an exploding rally car. How exciting! He’s since gone on to be nominated for a Golden Globe, for his role in the period drama, The Tudors. Sarah Jayne Dunn was a true Hollyoaks pin up. She landed the role as Mandy back in 1995, and over the course of her 10 year stay on the show, managed to get herself a legion of young male fans. Lucky girl!

Unfortunately Mandy’s character was a boomerang, after leaving the show countless times, fans always knew it wouldn’t be long till we saw her again. Sarah is currently working a lot in the theatre, and also landed herself a role in The Dark Knight. Josh was played by Sonny Flood who appeared in the show back in 2005, he was a wannabe rock star with a heart of gold.

In real life Josh is totally different from his Hollyoaks’ character. He went to university in Manchester, and is now a paralegal. It looks like he’s leaving the glamorous lifestyle of the small screen behind him!

Carley Stepson played one of the original teenagers on the show. She was a show favourite and was involved in many storylines. She was quirky and had a bubbly attitude the audience just ate up. Carely left the show back in 2010, when Steph was written out with a cervical cancer storyline. Since leaving Carley has gone on to star in many theatre productions such as Dirty Rotten Scoundrels.

Played by Nathalie Emmanuel, Sasha appeared on the show in 2006. She was a sweet girl, whose character soon took a drastic turn as the show went on.

Her biggest storyline included her addiction to heroine and her relationship with the drug dealer Warren Fox.

Wait…. So there are 1 million people following me? *Waves*…… Don't know what to say other than thank you for the support… Whether you've followed me from the beginning or just started. It's a pleasure to have you here…. Love and light. ?

She left the show in 2011, and she soon managed to land herself a role in a TV show you might of heard of. Game of Thrones! Matt Littler and Darren Jeffries were the Ant and Dec of Hollyoaks. They joined in 1996 and 1997, but they were fan favourites.

Max left the show in 2008, after facing a horrible end on his wedding day, and O.B. left a few months later. Thankfully his exit was a lot nicer. Justin appeared on the show back in 2003. He was an absolute hunk, and everyone adored him. His storylines mainly involved him fitting into Hollyoaks High, and attempting to have a relationship with one of his teachers. Chris left the show in 2009. He managed to land himself a role on Coronation Street, but soon got fired after releasing a controversial rap in 2013. Since leaving the show, Jodie Albert has been involved in two girl bands – Girl Thing, who had one top ten hit in 2000; and Wonderland, who were put together by her husband, former Westlife singer Kian Egan. Wonderland’s debut single, Not a Love Song, limped to 144 in the UK charts, as the paying public decided it was, in fact, ‘not a song’.