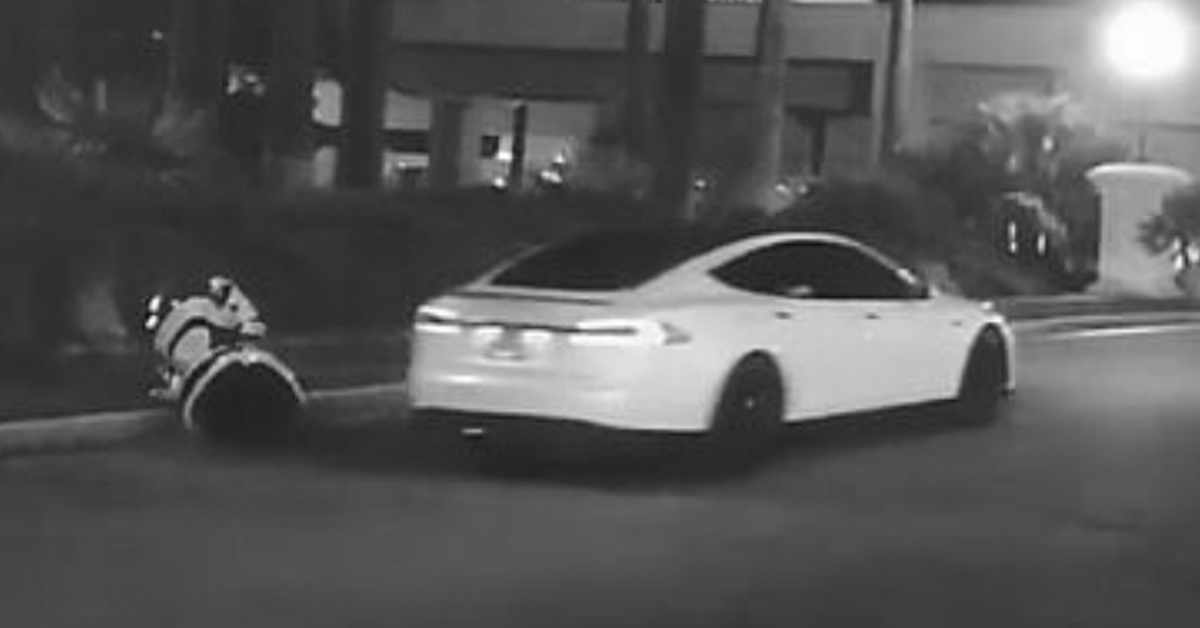 Here’s a story that made me realize that the future really is here.

In Las Vegas this past weekend, there was an incident in which a vehicle knocked over a pedestrian. Nothing unusual there, you might think, but there’s one crucial difference – the vehicle was a driverless Tesla, and the ‘pedestrian’ in question was an autonomous robot, of the type pictured below, after it had journeyed out into the road. The incident happened on Paradise Road, Las Vegas on Sunday night (January 6), as engineers transported a number of the robots to a display booth ahead of CES – an annual trade show which advertises itself as ‘the global stage where next-generation innovations are introduced to the marketplace.’

The robot was a v4 model from Promobot; part of a collection of ‘autonomous robot[s] designed for business purposes’, which are available to rent for an eye-watering $2,000 per day.

Even taking the event into consideration, the odds of a driverless car, which are still pretty rare, hitting one of these robots, which are even more rare, are steeper than hitting the jackpot in Vegas.

Describing the robot unit was hit, the Promobot website reads:

“It is able to communicate with people on any topic, recognize faces, answer questions, move around avoiding obstacles, move its arms and head, show various materials on its display and integrate with third-party devices and systems. [sic]

They perform the functions of administrators, promoters, hostesses, Museum guides, consultants, concierges, and many others.”

After Sunday’s collision, the firm revealed one of their creations had been ‘killed’ as the robots made their way to the booth at around 7pm, when the bot strayed out of line and into the parking lot roadway where it was struck by a Tesla Model S. Talk about wrong place, wrong time!

As amusing as the incident is, it is worth noting that there was potential danger to human life. The car was operating in autonomous mode, though according to the Mail Online, there was a passenger on board. The car continued driving for another 50 metres after the accident before finally coming to a stop.

Luckily, the man on-board was safe and uninjured, but the same definitely cannot be said for the robot.

Promobot explained, as the two units collided, the robot was tipped on to its side, causing ‘serious damage’ which is likely irreparable.The injured bot was unable to be displayed at CES as parts of its body, head, arm mechanisms, and movement platform were destroyed.

According to the Mail Online, Oleg Kivokurtsev, Promobot’s Development Director, spoke about the incident, saying:

“Of course we are vexed. We brought this robot here from Philadelphia to participate at CES. Now it neither cannot participate in the event or be recovered. We will conduct an internal investigation and find out why the robot went to the roadway.” “There was nobody there, no men, no cars. I switched this Tesla into a self-driving mode and it started to move. And wow! A robot on the track!”

“I am so sorry, the robot looks cute. And my sincere apologies to the engineers.”