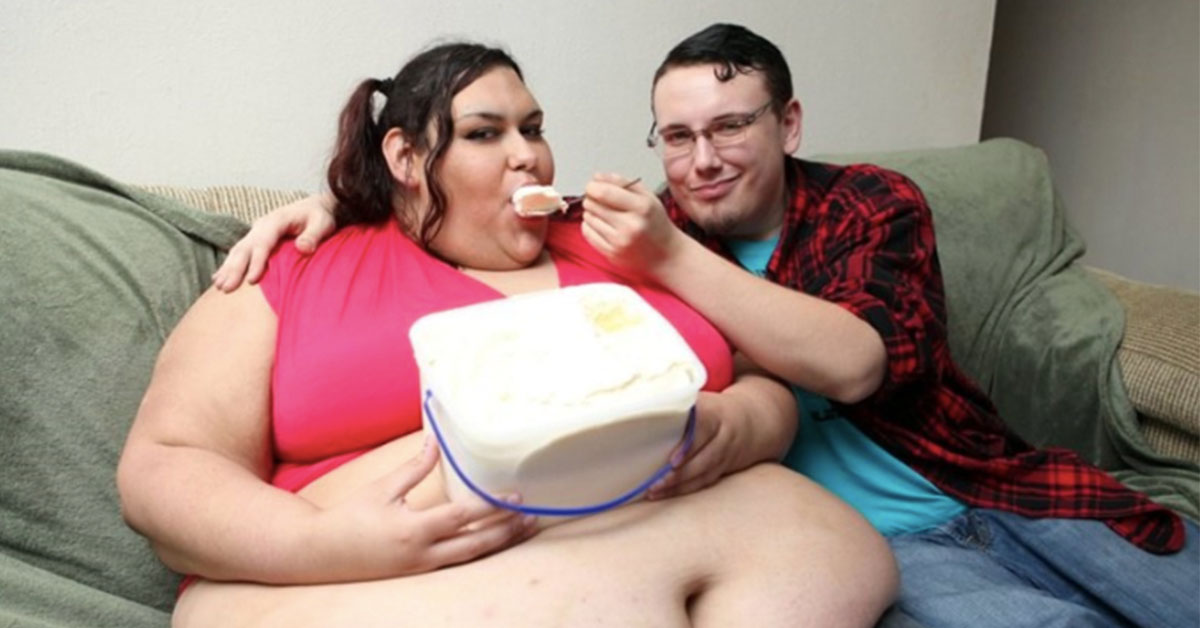 Well, it turns out that a lot of couples in long-term relationships find themselves undoing their jeans; less so for sexy shenanigans and more so for relief on the waistline!

According to studies, happy couples who were reportedly satisfied in their relationships were the most likely to pile on the pounds.

Research conducted by the University of North Carolina studied over 8000 people and found that a woman could gain, on average, 24 pounds during the first five to six years of married life! A similar result was found for women who lived with their partners but weren’t married.

Couples who were dating but didn’t live with their partner reportedly gained a much lower total of 13 pounds.

So what we can take from that, folks, is that absence makes the heart grow fonder and closeness makes the waist grow wider. Studies also concluded that men were more likely to gain weight once they entered a relationship. In addition, men who lived with their partner for 2 or more years were twice as likely to gain more than 25 pounds unlike the men who didn’t. The National Institute of Health examined whether weight gain amongst newlyweds reflected a happy or unhappy relationship. They studied a number of couples who had been married for over four years and tracked their emotional health and stress levels.

Why Are Happy Couples More Likely To Gain Weight?

Results concluded that happy couples gained more weight because they didn’t feel a desire to attract another partner; they were happier with themselves as they were.

In contrast, couples who were unhappy in their relationships were unable to gain weight because they felt too stressed. It was still recommended that happy couples kept a close eye on their BMI to avoid health complications. The studies started to get more popular and even the New England Journal of Medicine decided to hop on board. They said that if a partner started to gain weight, the other had a 37% chance of doing the same. This was a result of eating habits matching up as they naturally spent so much time together.

Couples who were unhappy may avoid spending time together which makes it less likely for their eating habits to align.

The mutual weight gain was attributed to couples ‘psychologically influencing’ one another.

Stephanie Shoeppe, who led a team of researchers at Central Queensland University in Australia, said to New Scientist that:

‘When couples don’t need to look attractive and slim to attract partner, they may feel more comfortable in eating more, or eating more foods high in fat and sugar.’ It begs the question…is love going to make us all fat?!

‘By focusing more on weight in terms of health implications as opposed to appearance implications, satisfied couples may be able to avoid potentially unhealthy weight gain over time in their marriages.’

Before you all start panicking and doubting your relationships, it is important to remember that these studies only take into account a small sample of the world. When it comes to relationships, there is never a one size fits all scenario and every couple is different with a whole different set of parameters.

You should LOVE your body and your spouse should love it too – but in spite of the things we do for love, health should always be a priority!