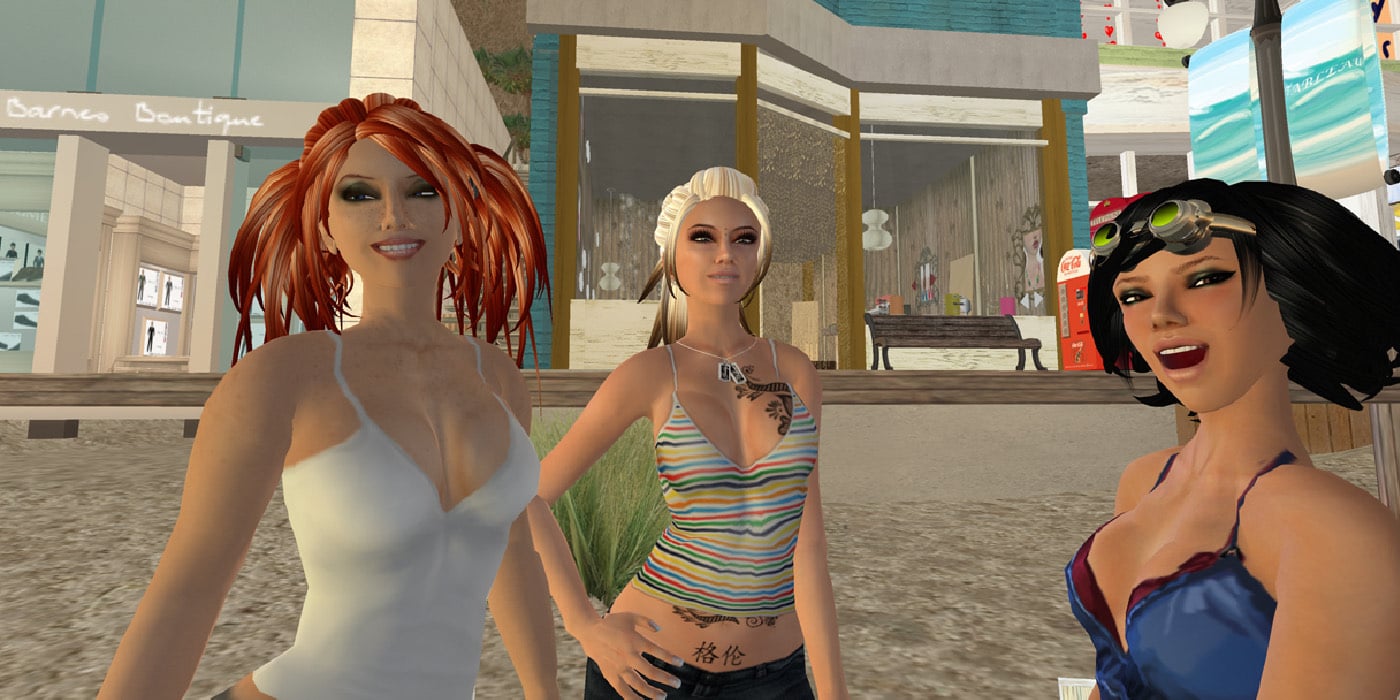 Long before we had to endure Mark Zuckerberg’s monotonous small talk in Facebook’s metaverse there was another virtual world that reigned supreme: the ground-breaking and at one time brilliant Second Life.

Modelled worlds such as these and their rules may draw from reality or fantasy worlds. Example rules are gravity, topography, locomotion, real-time actions, and communication. Communication between users can range from text, graphical icons, visual gesture and sound.

Below, we dive into the history of Second Life, how it endured and what its founder promises for the future.

What is Second Life? 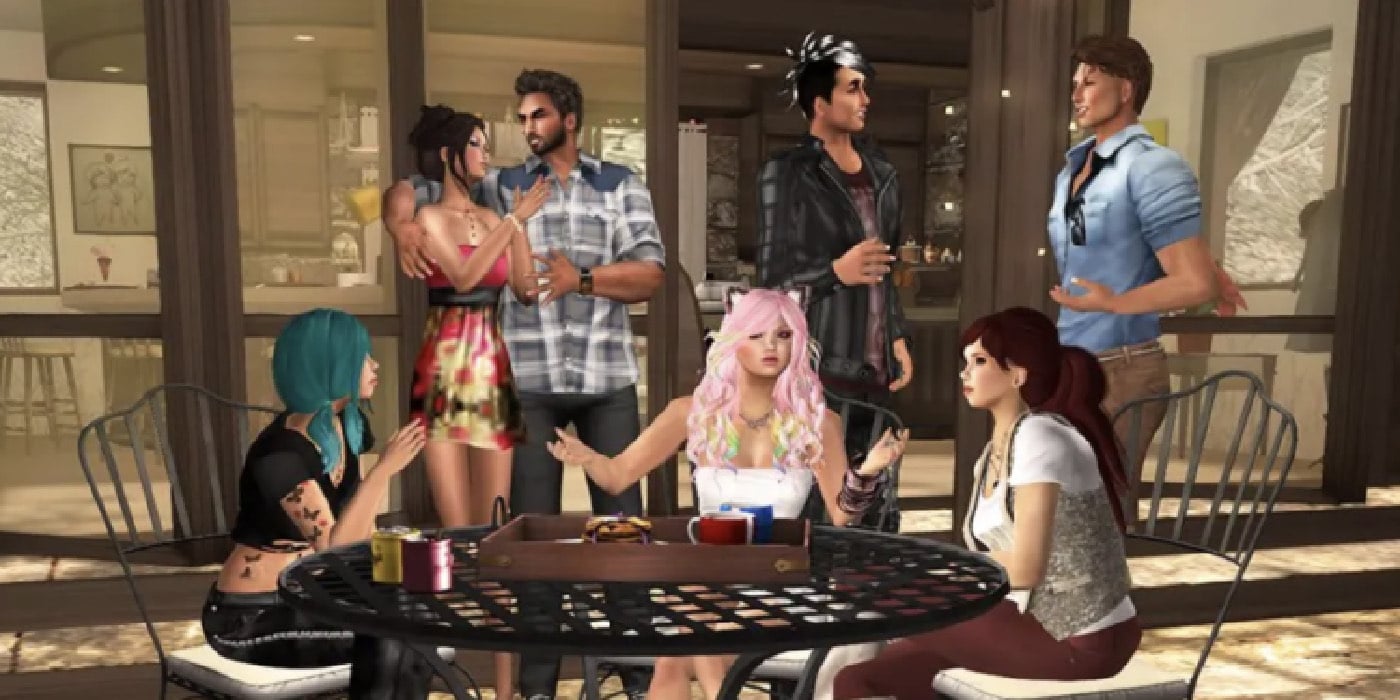 Second Life is an online world in which users (or residents) create virtual representations of themselves, called avatars, and interact with other avatars, places or objects. It was created in 2003 by Linden Lab, a company based in San Francisco.

Second Life isn’t a visual chat room. Residents can, for example, contribute to the world around them, creating buildings, objects and animations. These resident creations are called user-generated content, and is one of the factors that makes Second Life such a unique online environment. User-generated content also explains why this world is for adults only. Linden Lab places few restrictions on residents, exposing you to some fairly salacious creations while you’re exploring the environment.

In Second Life, residents can go to social gatherings, concerts, press conferences and even university classes. They can do a lot of things you can do in real life such as shop for clothes and general goods, visit a friend or even purchase land. Better yet, they can also do things that are impossible in the real world such as fly or teleport to almost any location.

Some residents design short programs called scripts, which give avatars or objects new abilities like special animations or the ability to generate copies of other objects.

How did Second Life start? 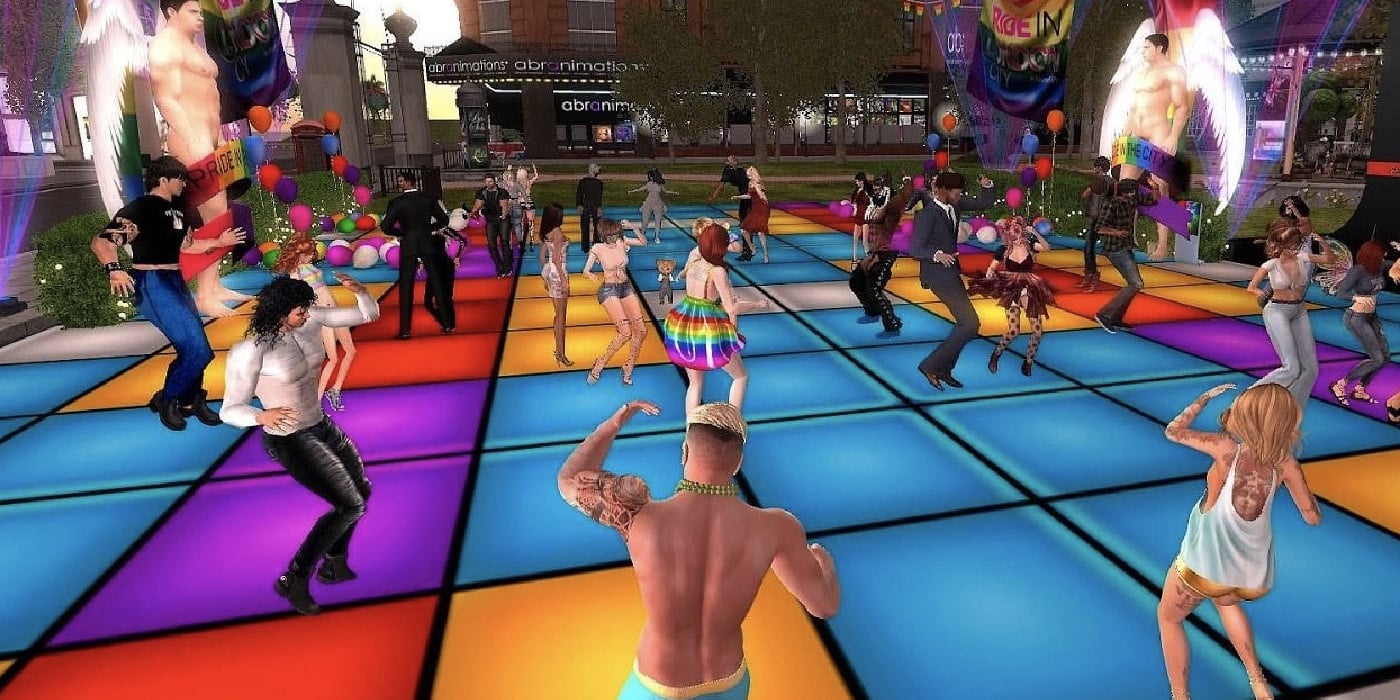 Linden Lab, the company behind the creation of Second Life, was founded in 1999 by Phillip Rosedale. Originally a hardware company, Linden Lab needed a software application for testing haptic technology hardware. In 2001, LindenWorld was created to fulfil this task. The result would go on to act as an early alpha for what would become Second Life.

Users could interact and participate in goal-driven games. The simulation was still very gun-focused and played similarly to a first-person shooter. Far removed from what Second Life would go on to become and represent.

The open public beta started in 2002 and, as its population continued to grow, it was officially launched in June 2003. 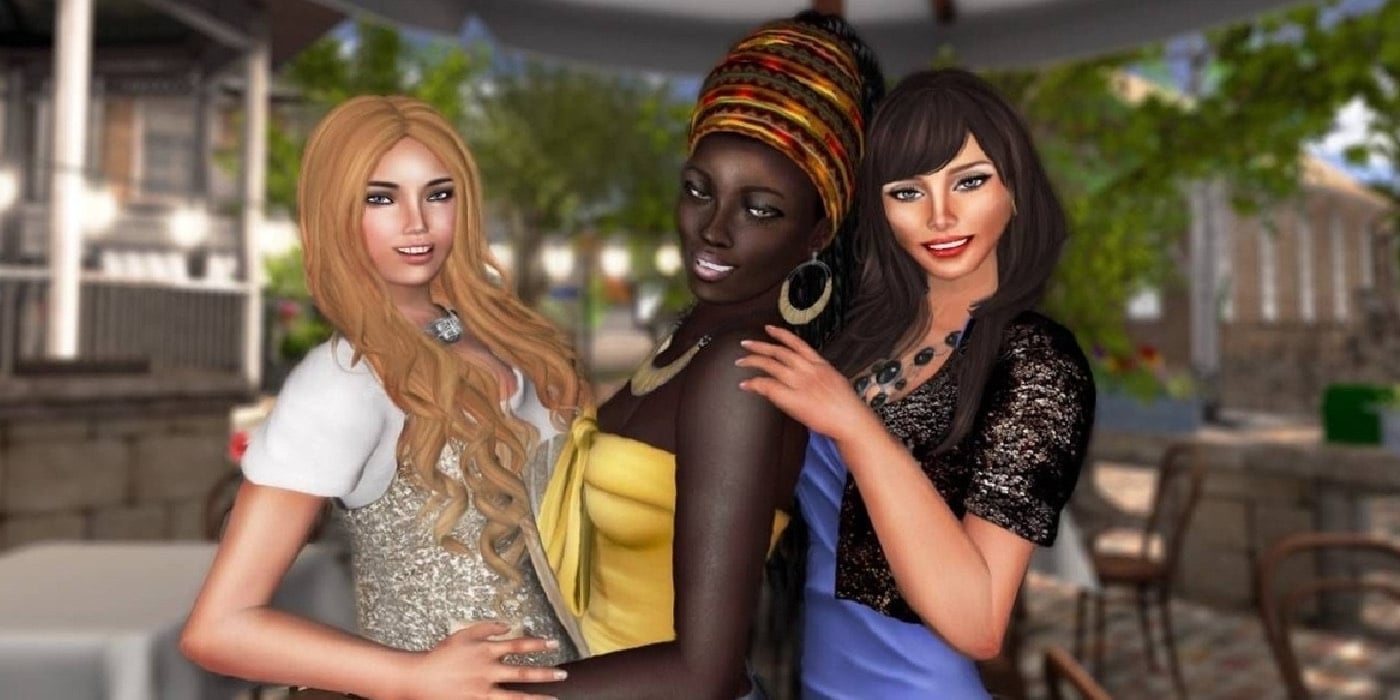 Second Life is still played and enjoyed to this day. More than 900,000 users actively play in this vast virtual world despite its age. This may be thanks to its simple premise and consistency over the years compared to other games and virtual worlds. Users hang out in real-time, attending events like concerts and parties.

Ever since The Sims, people have loved creating avatars of some kind. This level of customisation is key to Second Life’s success. User-contributed expressions, outfits, objects, hairstyles, and scripted events can all be used to personalise your world and your avatar’s appearance. With fellow residents always creating new in-game elements, the environment never becomes stale.

By 2006, Second Life saw a rise of real-life companies pushing promotions and advertising into the virtual world. You could exchange linden for dollars, leading to fluctuations in value, as well as other virtual currencies. By the early 2010s, it was being used to exchange for Bitcoin and other burgeoning cryptocurrencies, a scheme some charged could facilitate money laundering. By this time, much of the media attention toward the platform had died down.

Today it’s propped up by about 70 million subscribers. There’s a free basic membership or a premium membership for $99 per year or $11.99 per month. Virtual commodities are still bought and sold, but brand engagement has more or less gone. After enjoying a comeback of user engagement during the early stages of the COVID-19 pandemic, Second Life has claimed a current GDP of about $650 million, making it one of the largest virtual economies in the world.

How does Second Life work? 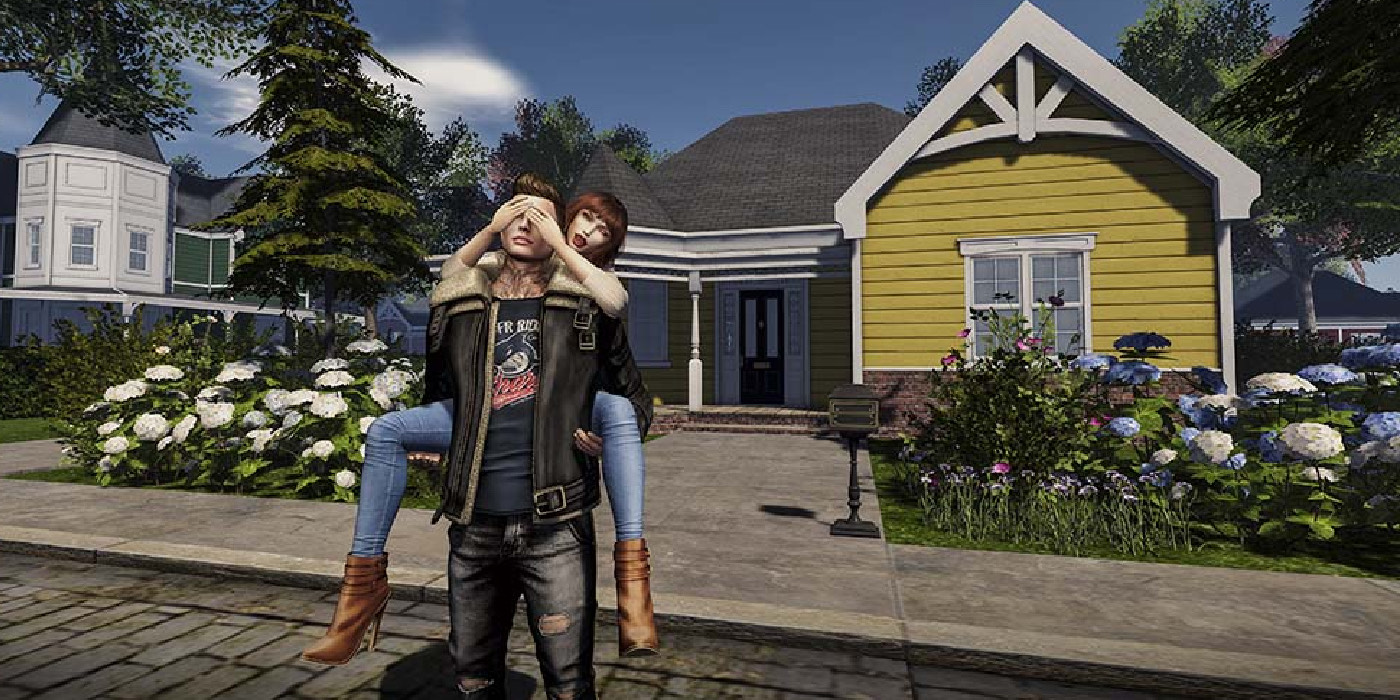 Second Life users select their avatars from generic male and female templates. In the inventory – which holds an infinite capacity of hair, skin, objects, animations and body parts – users can choose to put on or remove items, like clothing or hairstyles. They can change their avatars’ appearance as often as they like. Nothing in Second Life is permanent.

A resident can also right-click his or her mouse on the avatar, which pulls up a menu. One of the menu choices is appearance, which allows a user to adjust the look of his or her avatar. For example, if the user wants to modify the avatar’s hairstyle, they might use the tool’s slide bars to make the hairstyle longer or shorter.

Despite this degree of control, the user can only adjust what’s already there. If they wanted a completely different hairstyle, the user would have to either design it or buy it from another resident.

Some residents go a step further and special skin textures for avatars ranging from realistic skin and hair to scales or feathers. Users can find dozens of residents who sell and trade clothing, skin and yes even body parts in Second Life. Skilled residents can customise their avatars by creating their own clothes and skins in a graphics program and importing the file into Second Life.

How is Second Life different from the Metaverse? 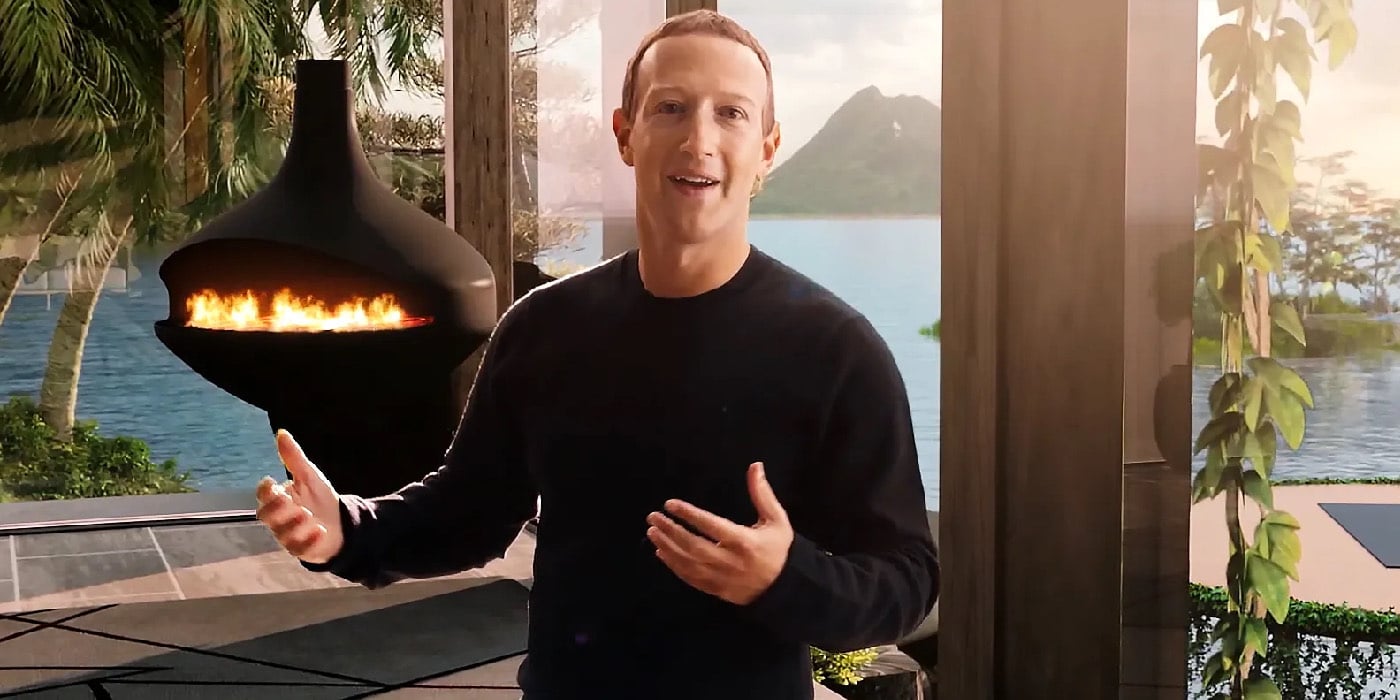 Second Life, although a main predecessor and inspiration for our current expectations of a virtual world, differs from the likes of Facebook’s metaverse in one huge way. Where Second Life proposed an alternative reality for its users, the metaverse is determined to make both the virtual and actual world one seamless experience.

So is there no future for veterans like Second Life? Well, according to founder Philip Rosedale Second Life makes more money per user than Facebook does on Instagram with advertisements. It also makes more money per user per year than YouTube does with advertisements. So, in his opinion, Second Life shows that the business of providing a virtual world can be done with the highest possible profitability through fees.

“Second Life is run on two different types of fees,” he says. “First, some transactions have fees. If you buy glasses from somebody in the virtual world, they’re going to cost about $2, and there’s a small transaction fee. Second, you don’t have to own land in Second Life, but if you do, there is a fixed monthly fee, a hosting fee, that is essentially a property tax. So the point here is Second Life is a tremendous business. I mean, it’s relatively small, but it’s a very good business that’s making a lot of money. And you can do that without causing harm.”

Rosedale, above anything, is attempting to make technology great again instead of something we resist or loathe. He believes there are huge benefits to embracing virtual reality, such as improving relationships. Maybe there are ways to do a virtual world right, without it descending into chaos and division.

How will Virtual Reality affect the future? 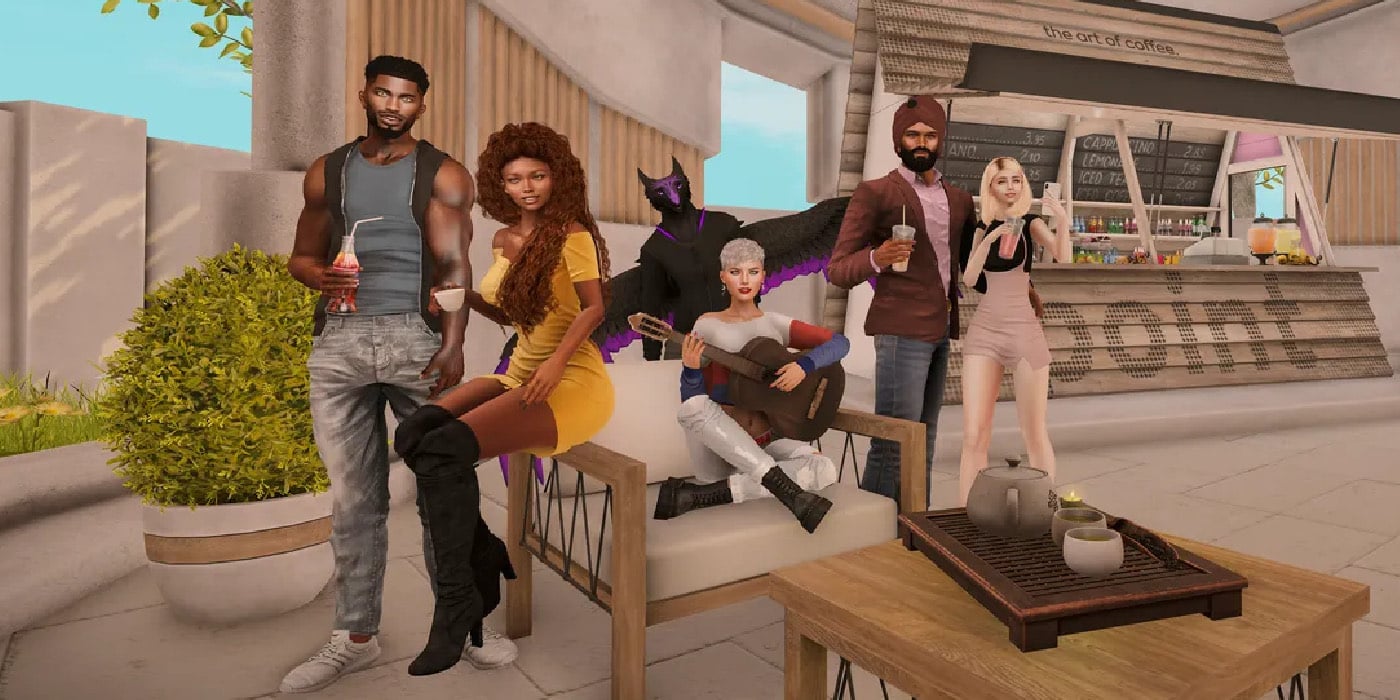 Virtual Reality was first used to improve gaming experience and enhance audiences with better movie encounters. But with big companies like Sony, and Facebook started investing in it, a lot of experimentation and exploration has begun in this field.

Virtual reality will change working from home thanks to VR technologies proposing the development of virtual offices. It could also provide a better real-time experience of services and products that we may plan to purchase. Right now, we have to judge anything from its 2D picture. With the introduction of 3D virtual reality, we could view and feel the place before going there.

From an education standpoint, we could enjoy history through virtual interaction, explore space if not just see the surface of the moon in 3D, and much more. All areas of our life could become better and more practical. Could…