Spotify vs Tidal: Here’s what you need to know 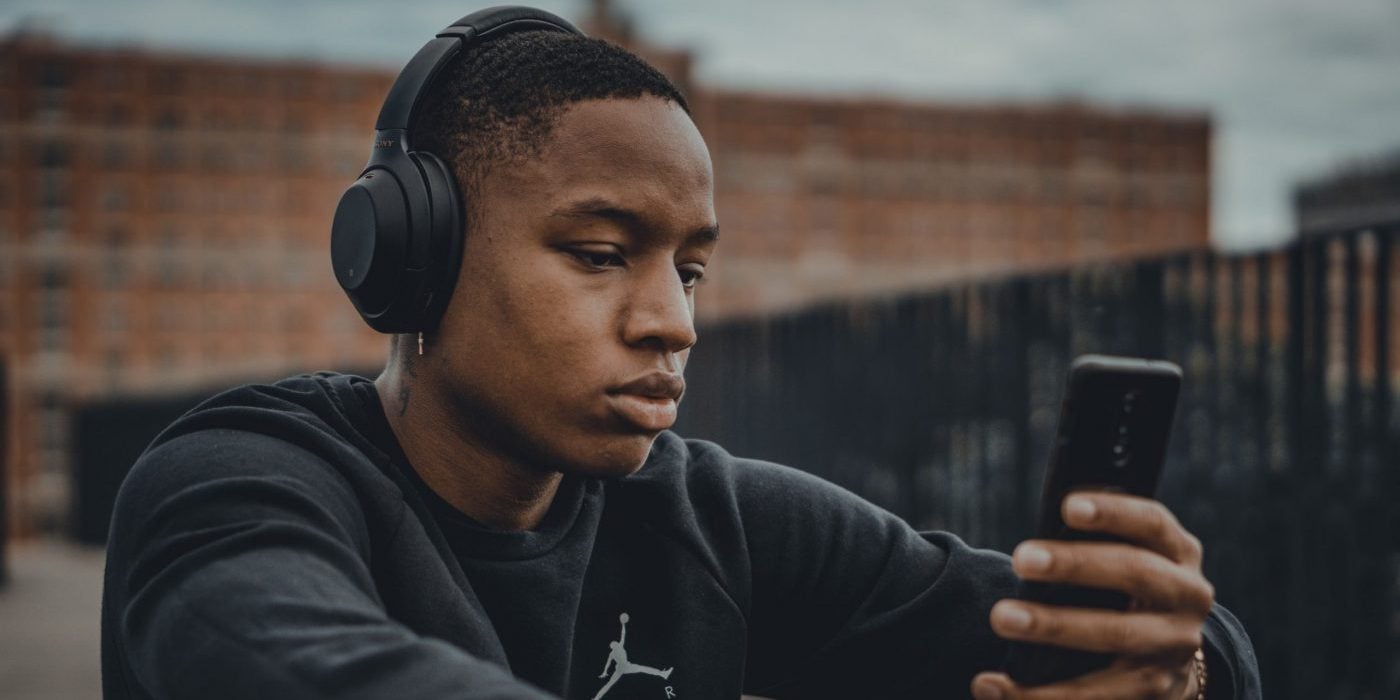 Spotify or Tidal? This should have been the ultimate question if things had gone right. Now it’s more Spotify > Tidal, in spite of Spotify’s nosediving reputation.

Tidal was originally launched in Norway back in 2010 by a group of technical engineers. Within a few years, it was taken over by several musicians, most notably Jay-Z. Marketed as a “luxury” streaming service that was going to revolutionise they way we consume and create music, Tidal failed to deliver and edge out competitors like Spotify.

Spotify, meanwhile, reached bigger and bigger heights as music’s elite struggled to get the general public on board with a premium service. But their own journey has had its own bumps along the way, with some artists directly speaking out against the platform.

What happened? And how did it happen? Who now owns Tidal? Does it have a future? Here’s a brief history of the two streaming services, and how their rivalry never came to fruition. 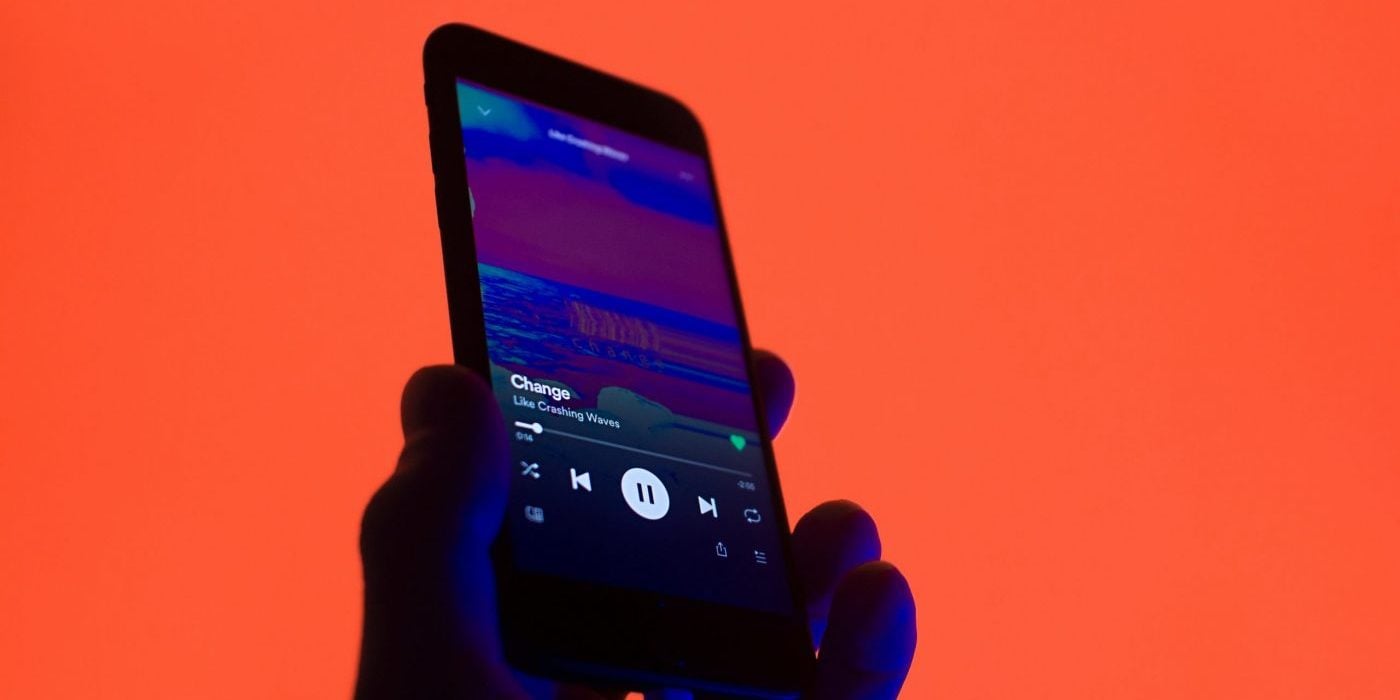 Tidal is owned by Square, Inc., a mobile payments firm, after American rapper Jay-Z completed the sale of his majority stake in Tidal last year in a $297 million deal. Co-owners Beyoncé, Madonna and Rihanna all retained their stakes and became the second-largest shareholders. Jay-Z joined Square’s board of directors.

Square, Inc.’s co-founder Jack Dorsey, who is also the co-founder of Twitter, explained the reason for the acquisition in a series of tweets. He wrote: “Square is acquiring a majority ownership stake in TIDAL through a new joint venture, with the original artists becoming the second largest group of shareholders, and JAY-Z joining the Square board. Why would a music streaming company and a financial services company join forces?!”

He continued: “It comes down to a simple idea: finding new ways for artists to support their work. New ideas are found at the intersections, and we believe there’s a compelling one between music and the economy. Making the economy work for artists is similar to what Square has done for sellers.”

During a half-hour video call on Twitter Spaces between he and Dorsey, Jay-Z compared Tidal to the United Artists union founded by the likes of Charlie Chaplin in the 1920s. Of the Dorsey partnership, he said: “I think we were aligned in our conversation, and viewing artists and creatives as small businesses and treating each individual artist as a business. And the things that Square and Cash App were doing is pretty much aligned with what one does with their own brand. You create a business, take out a small loan, get the things you need to help you be successful and build it out from there. So our conversations just naturally aligned.” 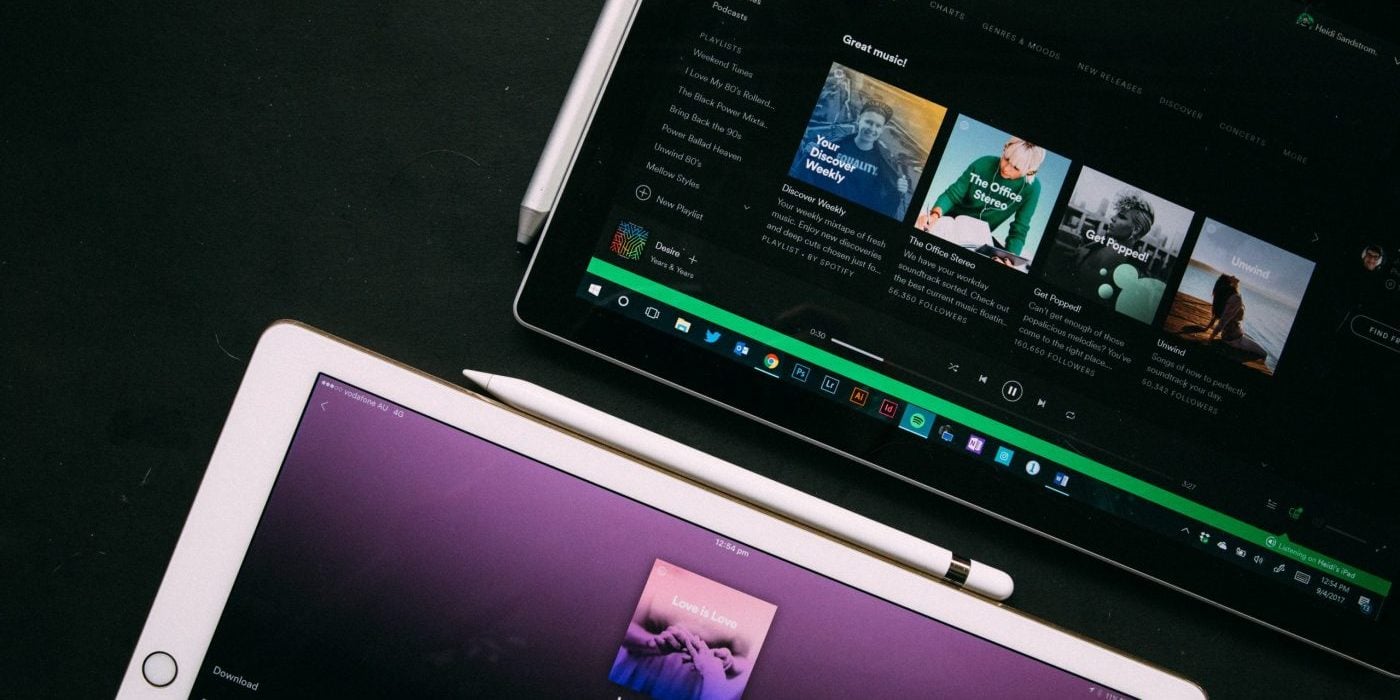 What’s the hook? Why is it that some people choose to pay for a service like Tidal when they could access the free, and more popular, Spotify?

Tidal claims to bring music fans closer to their favourite artists, granting on-demand access to discover new music. Its extensive catalogue is made up of exclusive content, including videos and songs featuring world-renown musicians, athletes and entertainers as well and up-and-coming indie artists. Tidal claims to offer the ability to partake in special real-life experiences such as concerts with established or emerging musicians.

“Human curation” is another buzz term over at Tidal. The service is known to employ an expert group of “tastemakers” to help select and promote emerging artists to a wider audience through their Tidal Rising program.

Perhaps the most special thing about Tidal is its Master Quality Authenticated technology, which is a way of compressing digital music without limitations to offer guaranteed “master-quality” sound. This allows users to hear music exactly as it was recorded in the studio. An audio experience the artist truly intended.

Is Spotify or Tidal better for artists? 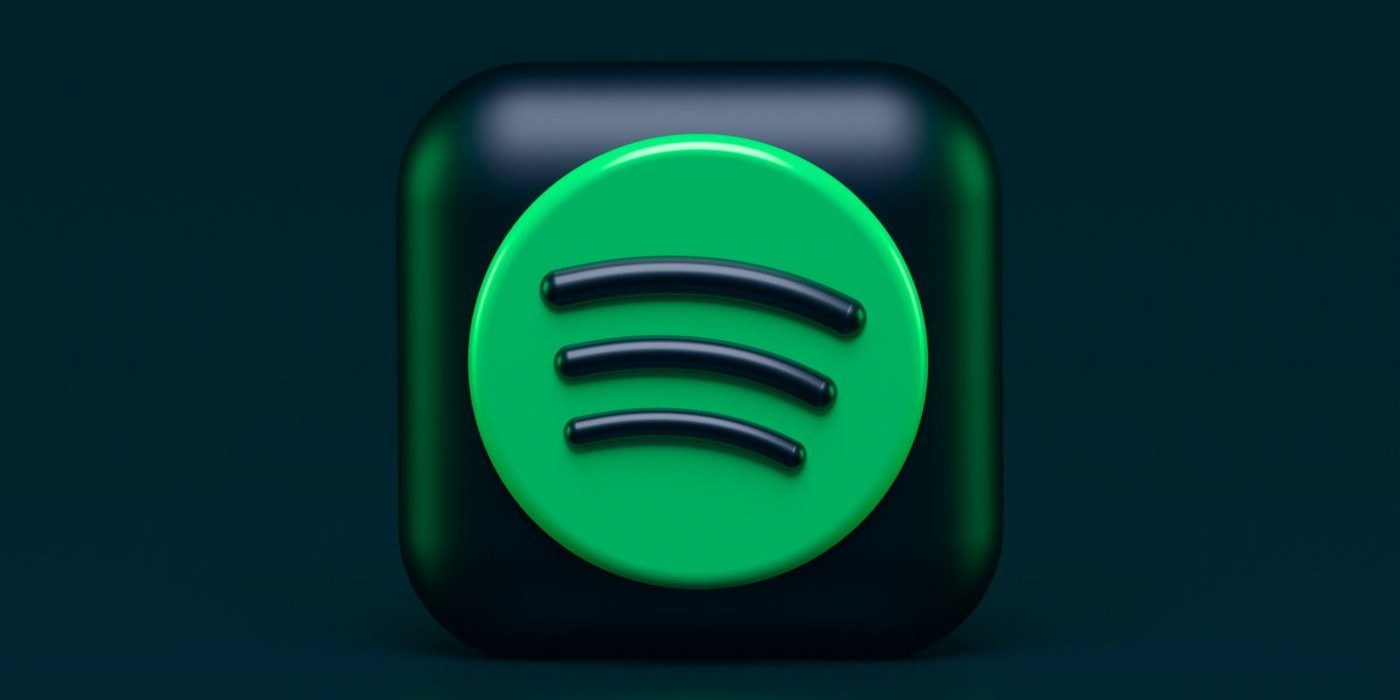 The relationship between Spotify and the artists they stream has always been fraught but it reached fever pitch in January 2022 when Neil Young demanded Spotify remove his music if they continued to stream The Joe Rogan Experience amid claims Rogan was peddling misinformation regarding the vaccines combating the coronavirus. Though unrelated to pay, it did raise familiar questions.

Tidal’s mission, ultimately, is to ensure artists get paid as much they can for their work. It’s a mission they delivered on. Spotify pays 70% of its revenues to the artists while Tidal pays 100%. The difference, though, is that far more people use  Spotify than they do Tidal.

Unlike Spotify, Tidal makes it easy for listeners to give back by using PayPal, Venmo and now, of course, Square. Even though it seemed a pointless endeavour at the time to purchase a dying service, Square has shown big potential following its acquisition. It will help Tidal facilitate more revenue than ever from fans by selling merchandise, NFTs, concert tickets, music licensing and more.

Something they might need to work on, however, depending on how things continue to go, is the difference in algorithms. Tidal is more likely to recommend music that takes you in a new direction than what you’re used to with a genre. Spotify, conversely, recommends more music based on your existing tastes. Tidal are no longer relying purely on DJs and pop stars. They’re accommodating athletes, politicians and business leaders. 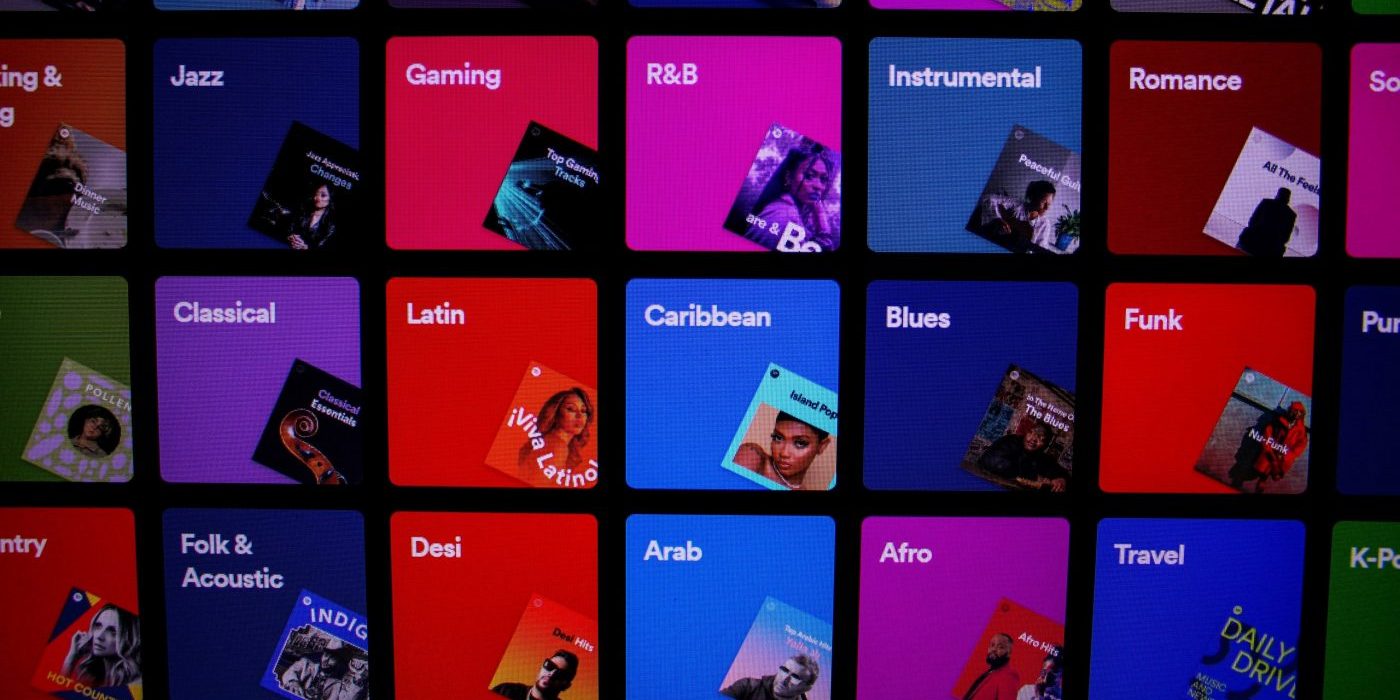 Tidal was met with ridicule and controversy from the day it launched. There are many reasons as to why it flopped. Some of these include a high purchase price, technical faults, pretentious promotion and an aging roster of talent. The fact Tidal was competing in a overly saturated market didn’t help matters.

Tidal marketed itself as a “luxury” streaming service, which didn’t really mean anything. To the folks at Tidal, this meant listening to music in a high definition way consumers had never done. To some of the talent and co-owners of the service, it meant something a bit deeper. Madonna claimed the purpose of the service was to “take music and art back from technology”. A statement that falls apart upon realisation that Tidal is a piece of technology harnessing music and art. This kind of hot air deterred an already-sceptical audience.

Tidal was also doomed thanks to its price tag. When the service debuted, it cost $20 a month, with premium services costing even more. Today, the price is now $10 a month, while the premium rate is $20, but the damage had been done. How were consumers ever going to get on board with a streaming service after your hard-earned money just to listen to artists who were mostly free to access on other platforms such as Spotify and YouTube. This cash-grab from high-income celebrities to low-income users came off as a little bit tone-deaf.

Maybe the biggest blockade Tidal faced was the competition. Streaming is one of the most saturated tech markets ever. For viewing pleasure there is Discovery+, Hulu, Disney+, Apple TV+. Netflix, Amazon Prime and many more. For your listening pleasure, there is Pandora, Spotify, YouTube, Apple Music, Soundcloud and Bandcamp. Just because they trotted out the likes of Jay-Z, Coldplay, Daft Punk, Kanye West, Jack White, Beyoncé and Madonna to stand on stage and do their best Steve Jobs impressions didn’t mean people were ever going to be convinced to sign up for a premium streaming service over a cheaper, if not totally free, one. When Googling “biting off more you can chew”, you should be auto-directed to Tidal’s site.

Is streaming good for the future of music? 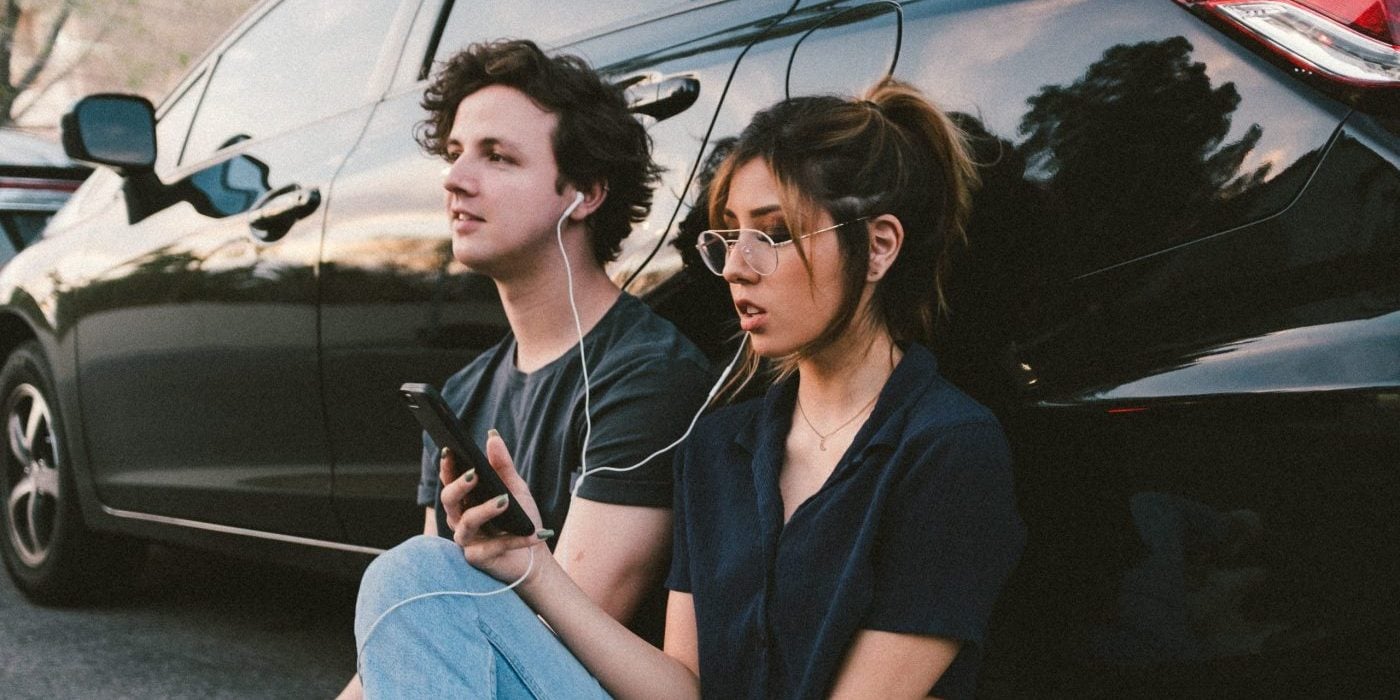 The past five years have seen a comeback for the music industry. After the decline of physical sales thanks to internet piracy led to low incomes in the early 2010s, revenue from sales of music in the tail end of the decade managed to turn this horrorshow into a resurgence. How? Streaming services saved the day. The popularity of Spotify and Apple Music cannot be overstated.

Streaming services generated $13,4 billion globally in 2020, making up 62.1% of total music industry revenue. The majority of this comes from paid monthly or annual subscriptions, which have seen a steady growth over the years. By the first quarter of 2021, streaming services saw a high of 487 million international subscribers.

For the cream of the music industry, those who turn in billions of streams, streaming can bring home some serious bacon. Pretty much every other artist, though, makes peanuts. A study from the UK’s Intellectual Property Office found just 0.4% of artists on streaming platforms earned enough from streaming to make a living. Even fairly well-established acts are struggling. Singer-songwriter Nadine Shah appeared before members of the UK House of Commons last November to reveal she was finding it hard to pay rent despite having over 100,000 monthly listeners on Spotify.

Other research shows 82% of artists on streaming platforms earn less than $270 per year. This problem was worsened tenfold in the wake of the COVID-19 pandemic when touring went out of the window and artists suddenly had to rely on streaming royalties to pay the bills. This led to the average artists’ income being cut by two-thirds in 2020.