The 10 best Spotify playlists for work – whatever your mood 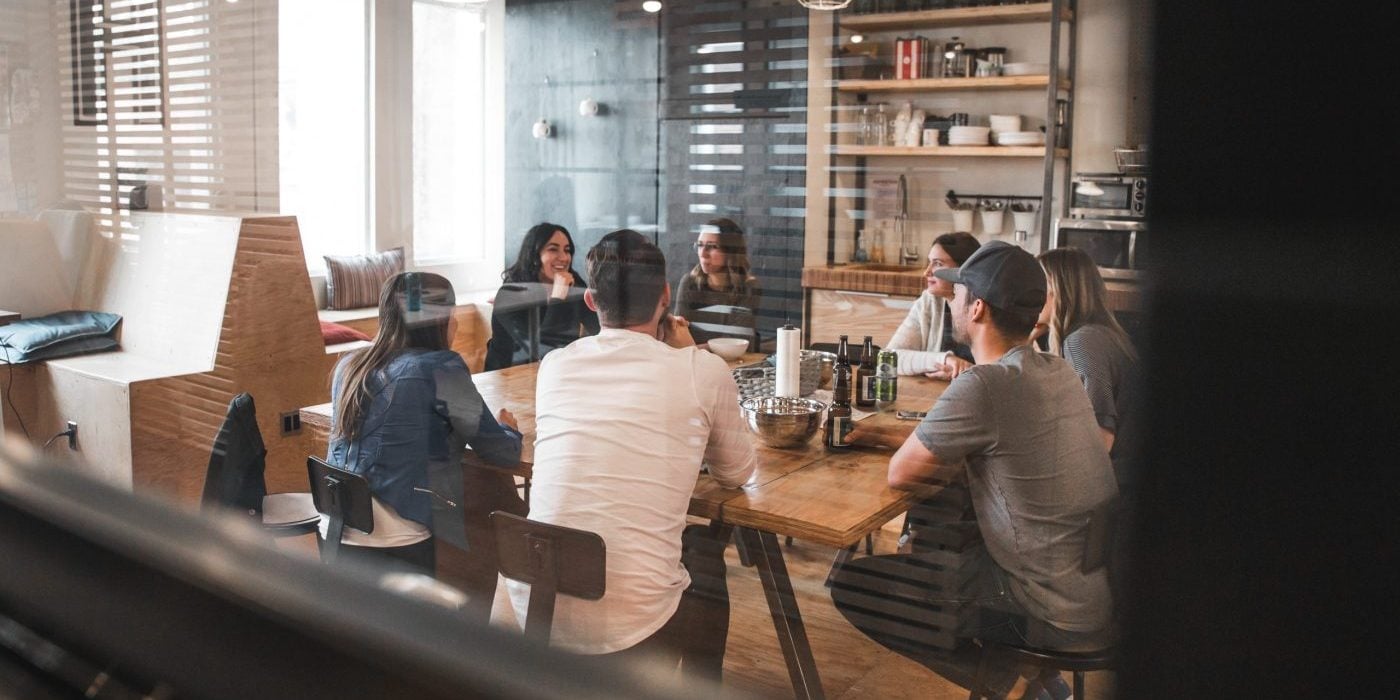 Music at work? To be or not to be? For some it’s sacrilege. A frustrating distraction from serious business. For others, they cannot function at work without its aid. And those others are on the right side of science. The truth of matter is, work does help productivity, whether your grumpy line manager likes it or not.

“Historically, music and work have always been intertwined,” Karen Landay, a former professional violinist and graduate student at the University of Alabama, said. “Think about romantic visions of peasants singing as they harvest, or sea chanteys sung by sailors as they work on their ships. And since most people enjoy listening to music of some kind in at least some contexts, it’s perfectly natural to feel that music must have some sort of positive impact on our work.”

Here’s a pick of ten playlists to suit your every mood at work. 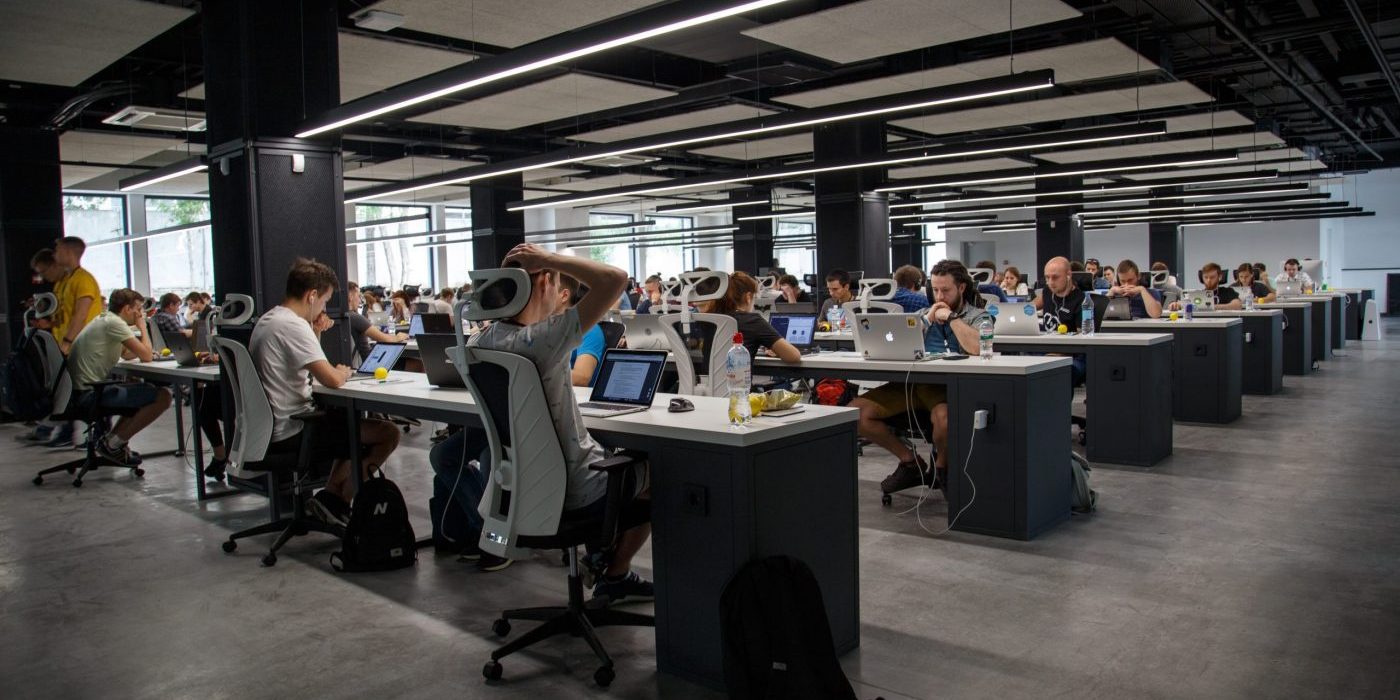 You arrive at work. You’ve had a big weekend. A mammoth two-day bender, perhaps, or a scenic hike up a mountain. Either way, a part of you has died and you’re in need of some self-care. But there’s something in your way. An office full of idiots. They’re weaving in and around each other like a game of Pacman, fighting over the toaster and kettle, putting the world to rights a bit too loudly. What do you do? You stick your headphones in, air pods, whatever, and put on the Calm playlist. You don’t hit the ground running with some fast-paced pop or rock. That comes later.

You need a gateway drug to soften your landing. There’s no better one than this playlist. On it you’ll find the likes of Valentina Romano, Massimo Pavoni, Jonathan Salmon, Dean Demir, Andrea Monet, Finley Rhone, Ellie-May Robertson and Bodor Vencel. Don’t worry if none of those names ring a bell. Your sore head could do with something completely different and unique at this time. 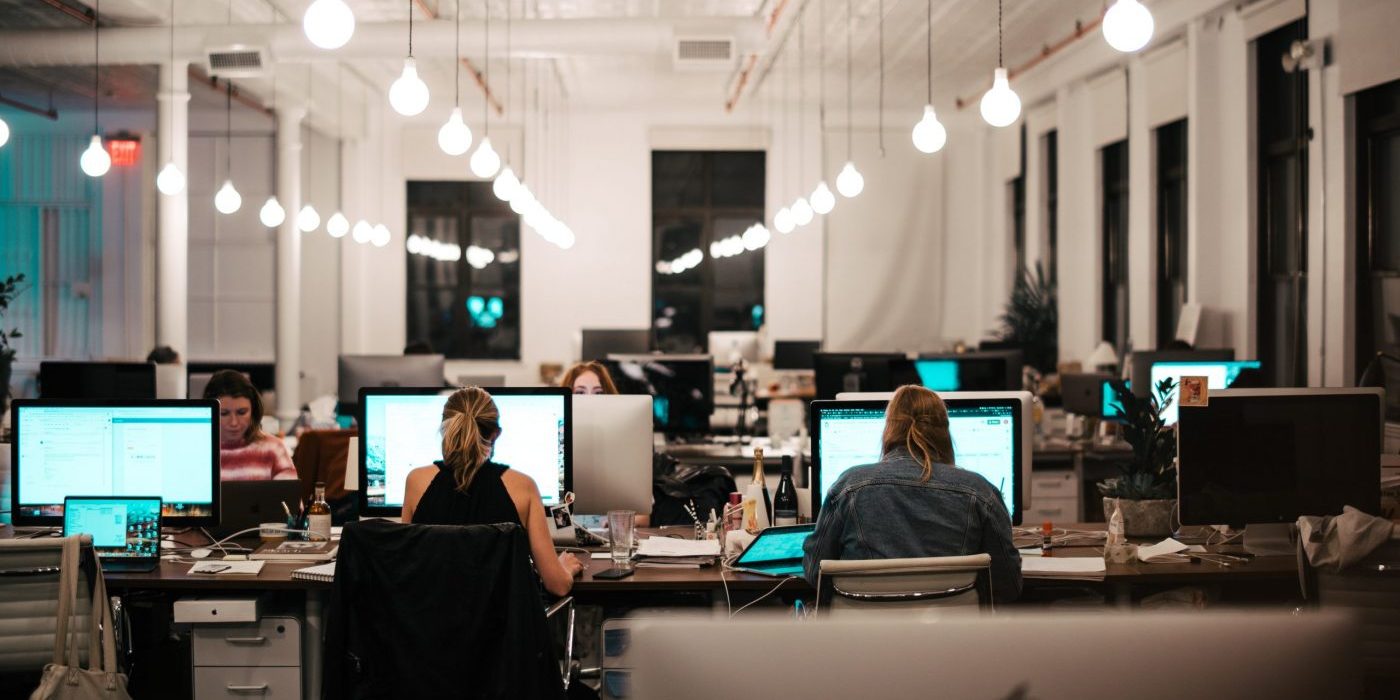 You’re maybe an hour into the working day. The office has settled into its rhythm, your coffee’s getting cold, the rush of a new week has devolved into an impending sense of doom. Oh no, a whole week ahead of work. A whole week in this office, with these people, with this racket all around me. How am I gonna survive? The problem is, the Calm playlist has made you too relaxed. You needed it at the beginning but now it’s time for something upbeat, a motivational mix to bring a nice orange sunshine to those Monday blues.

Well, the aptly-titled Motivation Mix is just the thing for you. Here you’ll find the likes of Becky Hill, Ed Sheeran, Martin Jenson, Rompasso, Club Soda, Clean Bandit and David Guetta. This playlist will whip you into action when you most need it. 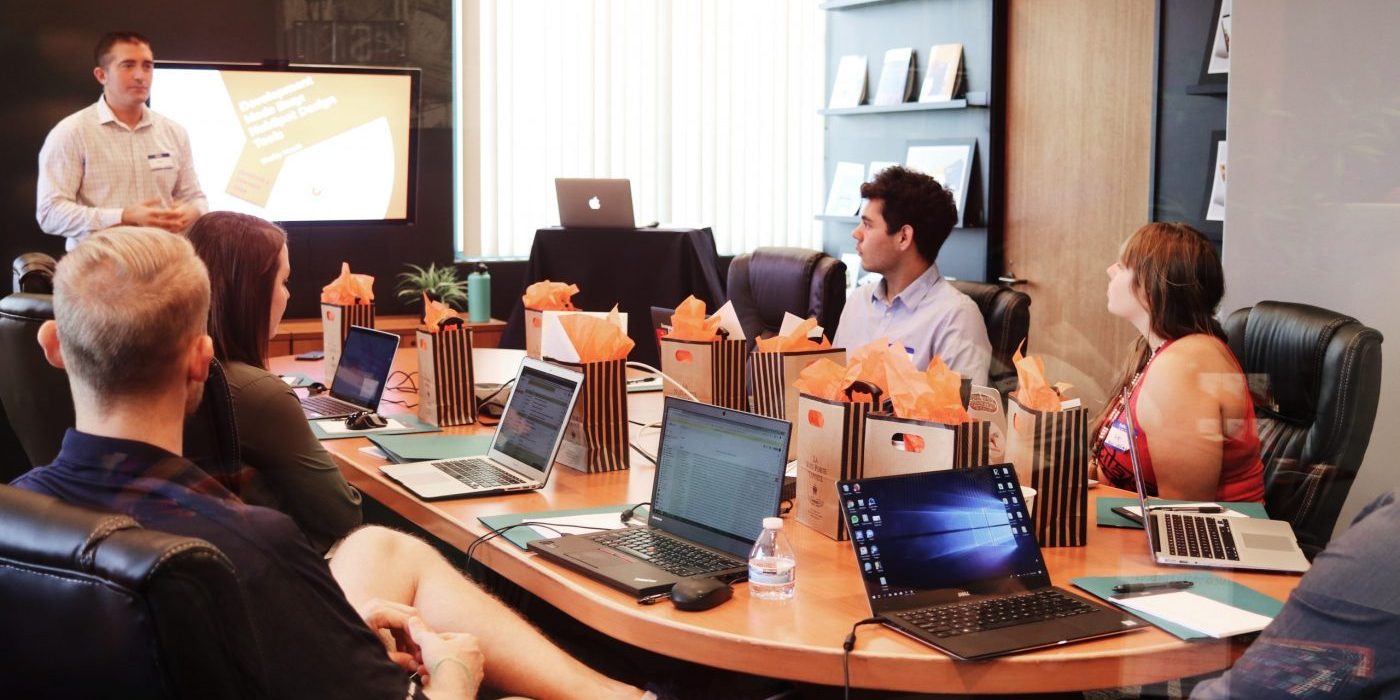 Good. You’re amped up again. Ready to roll. Though, you can’t be expected to concentrate on work while listening to David Guetta. Look, no offense to David. He did his bit. He got you out of your sleepy calm phase. But it’s time for him to leave. Show him the door and hit up Spotify for your next playlist. You’re fast approaching lunch and you want your stuff finished in time so there’s no hanging around, falling out of the loop, what have you. Everyone around you is doing the same. All the idiots. They know the game, and so should you.

So try out Music for Concentration to put the blinkers on. Feast on the likes of Eagle Lake, Maree Docia, Henrik Janson, Emily Rubye, August John Enrique, Elsa Greeve and Benny Treskow. All the big hitters in the concentration genre! 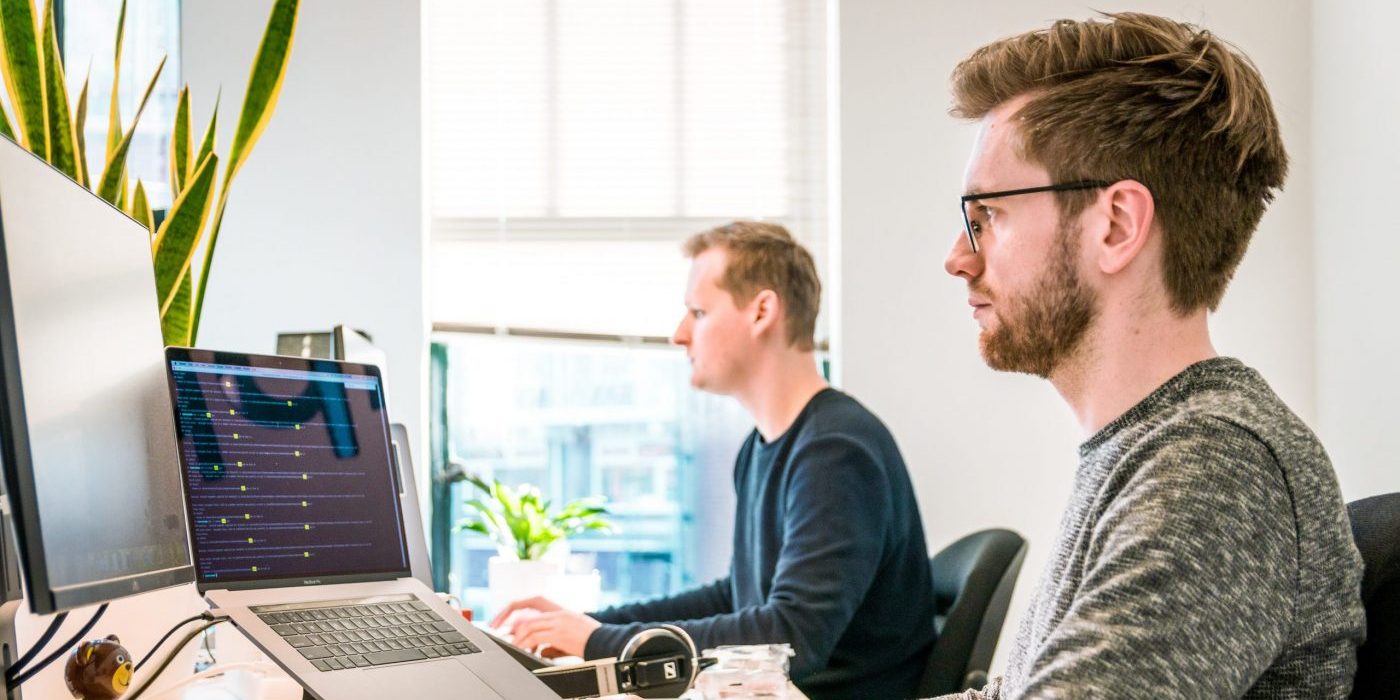 Lunch went well! You met your deadlines prior and enjoyed a nice Subway sandwich, maybe a burrito, possibly even a burger. You stretched your legs and (hopefully) lapped up the warm weather. Now, back at the office with all the idiots, you’re feeling a bit sluggish. Your stomach’s digesting the food you’ve eaten and left the top half of you tired and spaced out. This calls for another coffee. Not as strong as the morning one but strong all the same.

And what better way to sip coffee than to the tune of a café-inspired playlist? Your Favourite Coffeehouse is the one for this precious moment. 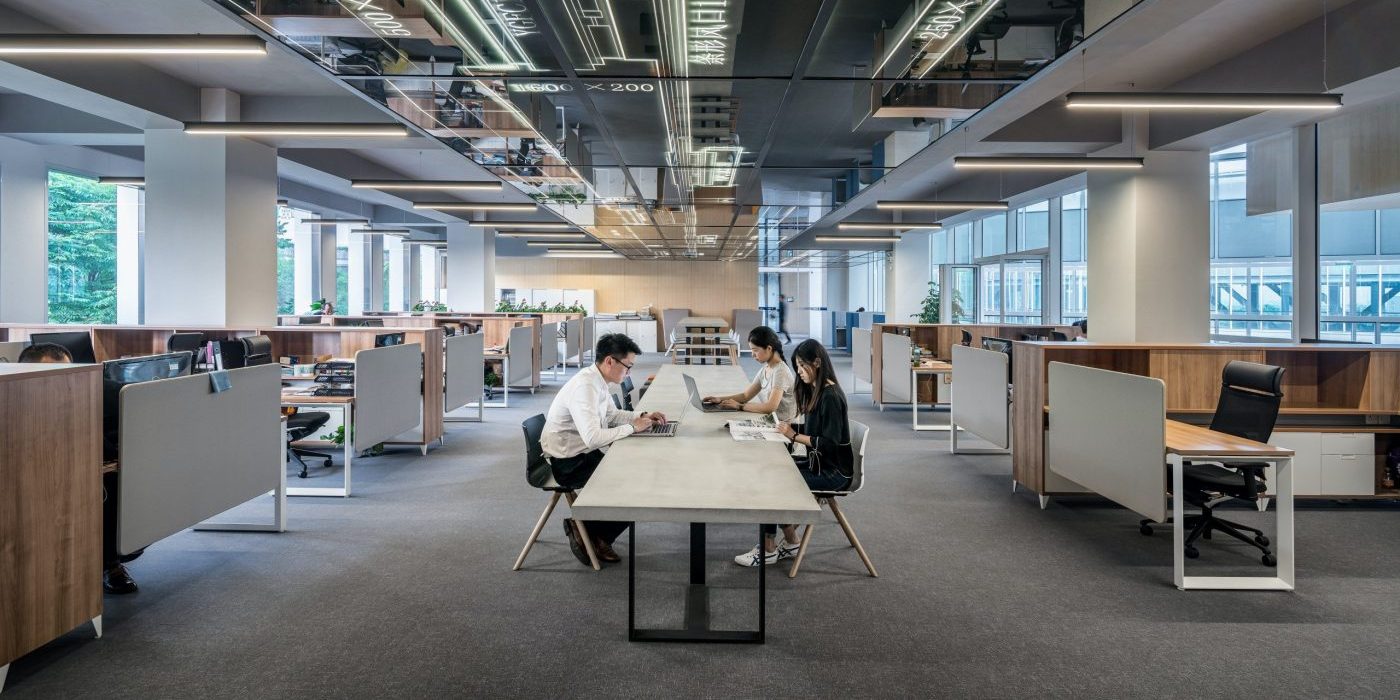 That second coffee should be put away as fast as possible. We’re talking ten minutes maximum. The caffeine needs to be in your system quick or else it’s game over. The post-lunch stupor will destroy you. This means the Your Favourite Coffeehouse playlist, wonderful as it may be, must also be set aside. Now here’s where things may get dark. The coffee could do a number on you, or a certain part of you. You might find yourself dashing to the toilets. And to disguise these sounds you’re gonna need something a bit louder than chilled-out café music.

This Pop Chillout playlist is ideal. Noisy enough to cover the five car pile-up firing out of you and not raise suspicions in the next-door cubicle. Nobody wants to hear it. 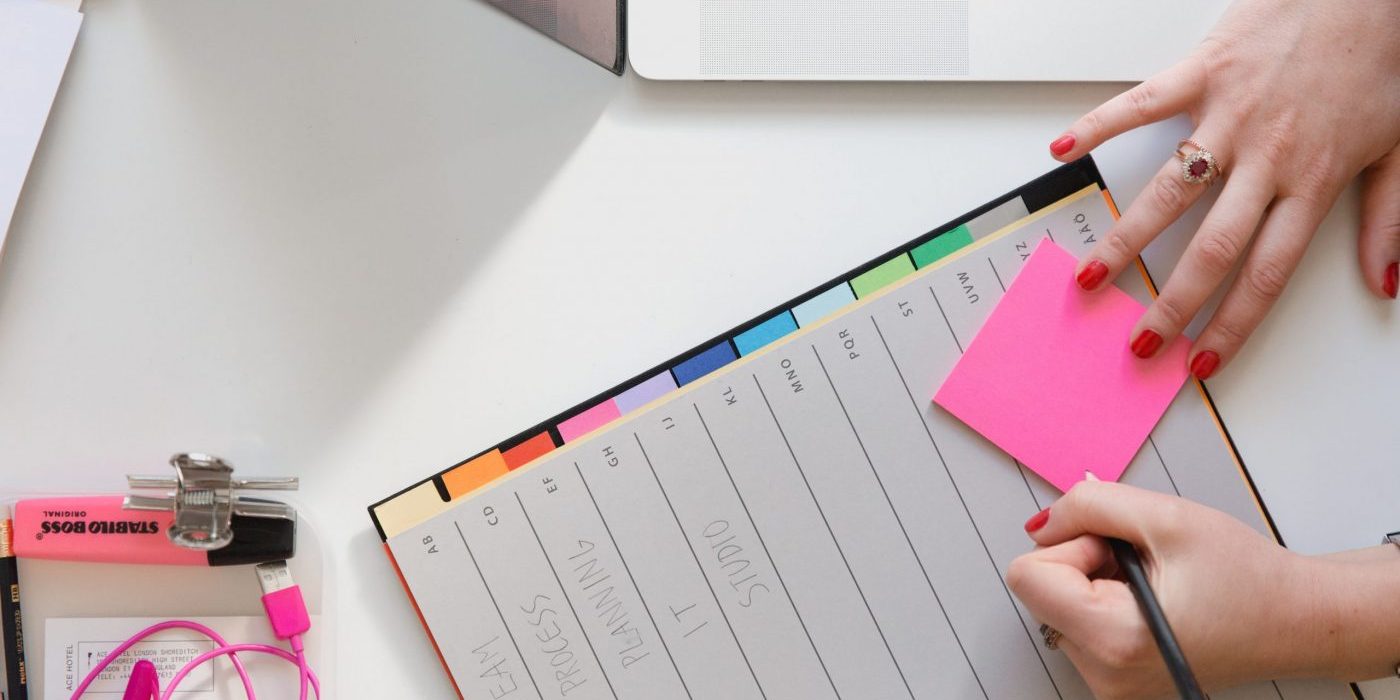 The worst is over. Possibly. The idiots are still in the office but at least you’re floating around, emancipated from the weekend’s diet. Now it’s time to get down to brass tacks and do some hard work, really put your brain to the test. No funny business. There are three choices coming up for this afternoon session. The first of which is Study Vibes.

Some of you out there may want to replicate the energy you had while studying for your school or college exams. Rainy night, desk-lamp burning, that sort of thing. It could be that your only way of concentrating in a working environment is to replicate the one you had as a teenager. If so, do try out Study Vibes. 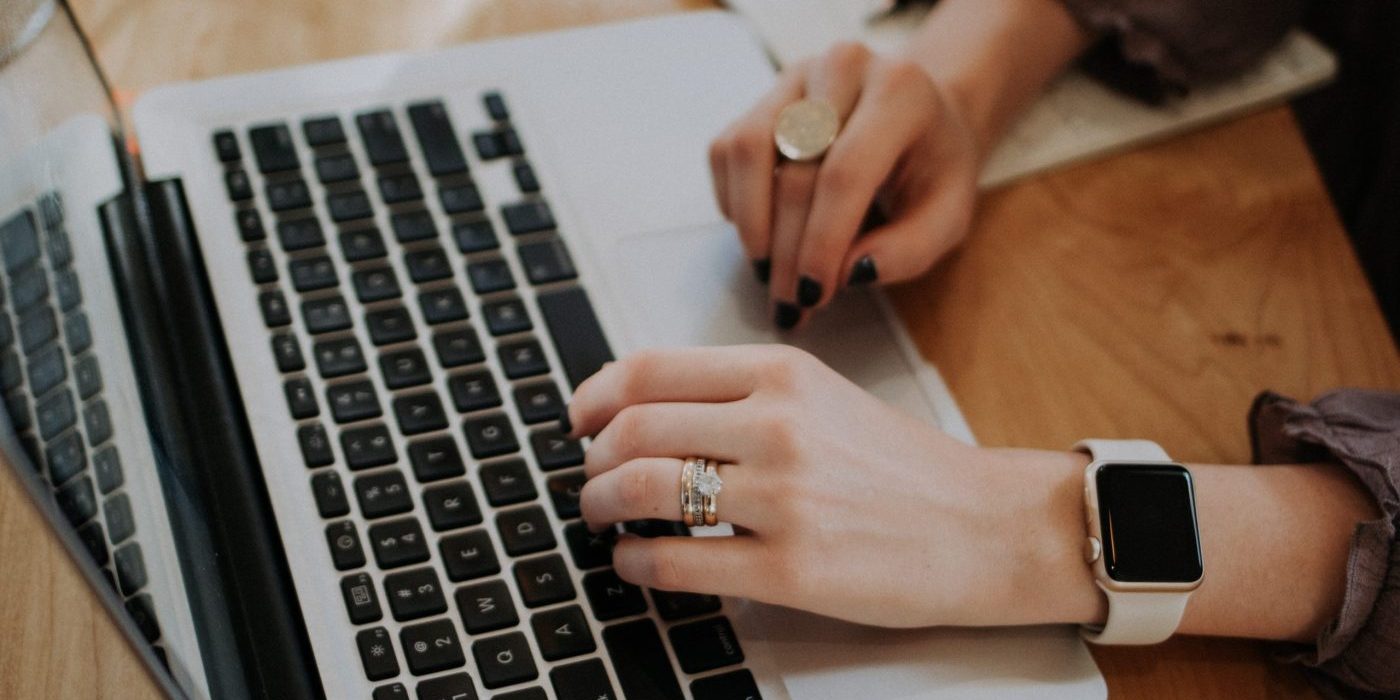 Option number two. Classical music? Yes, classical music. Don’t be a philistine. This genre has a brilliant track record when it comes to focusing our minds and freeing us of stress and anxiety. Classical music is known to release dopamine to spike pleasure. Don’t believe us? Consult a study from the Department of Medical Genetics at the University of Helsinki, which showed that listening to just 20 minutes of classical music a day can modulate the genes responsible for brain function and memory.

Participants who listened to classical music were more likely to be positively affected. The research team witnessed an increase in dopamine secretion, synaptic function and the genes associated with learning and memory. This included the gene synuclein-alpha, which is often linked to how birds learn their song, “suggesting the evolutionary background of sound perception and memory.” Please hit up the Classical New Releases playlist. 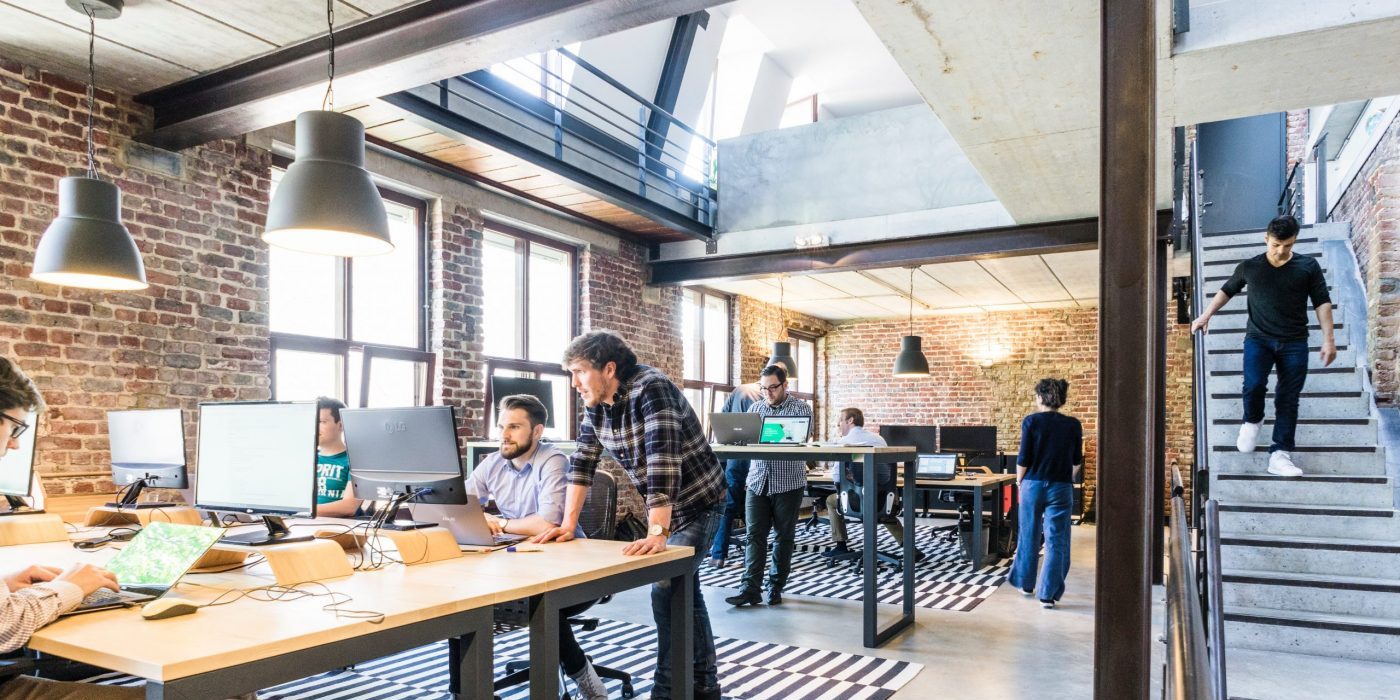 You can lead a horse to water but you can’t make it enjoy Bach’s Brandenburg Concerto №1 in F major. Classical music might not be your thing. And that’s cool. If you’re looking for a younger, contemporary vibe, try out the Young & Free playlist. Option number three.

Even if you aren’t young anymore or don’t feel particularly free, this still could work as a motivator. Imagine, in your office – surrounded by colleagues you don’t like, equipment that doesn’t work, butter that has someone else’s crumbs in it - imagine you’re not there. Imagine you’re living in some utopia with palm trees (if that’s your thing). Imagine being young and free. This playlist will help visualise that a great deal. Gone will be the worries and stresses of everyday life. 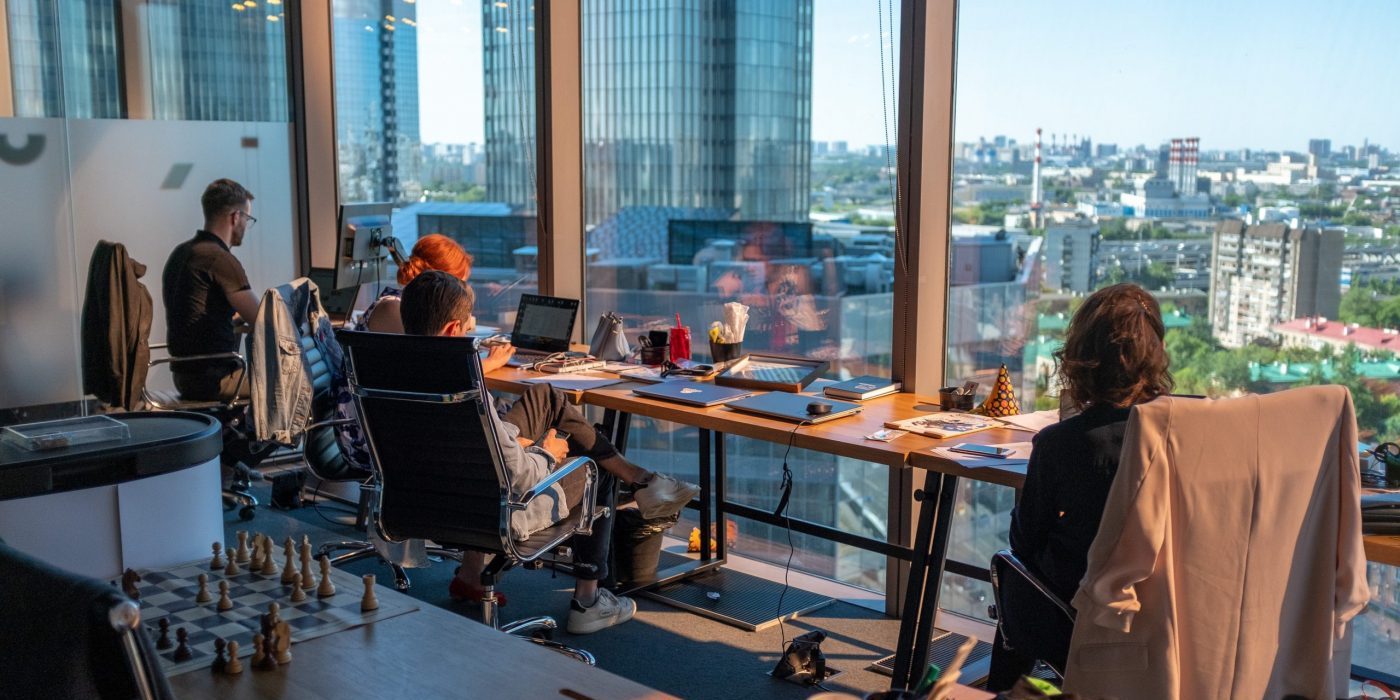 The afternoon workload is 90% completed at this point. You’ve maybe two hours left on the clock. Spend the penultimate hour winding down. Get your heartrate down. Fantasising about being young and free isn’t something you should be doing for an extended period of time. Listen now, instead, to the Peaceful Guitar playlist.

Kick back, treat yourself to a cup of tea (third coffee is a no-go) and rejoice in the sounds of a guitar being played masterfully. You could even go a step further and purchase a guitar for yourself outside of work. Studies show that playing guitar improves the grey matter in the brain resulting in improved memory. Additionally, there is less decline in memory power with age as a guitar player given that you have to memorise chords and patterns. This is a good workout for your brain and may have a significant effect on your work. 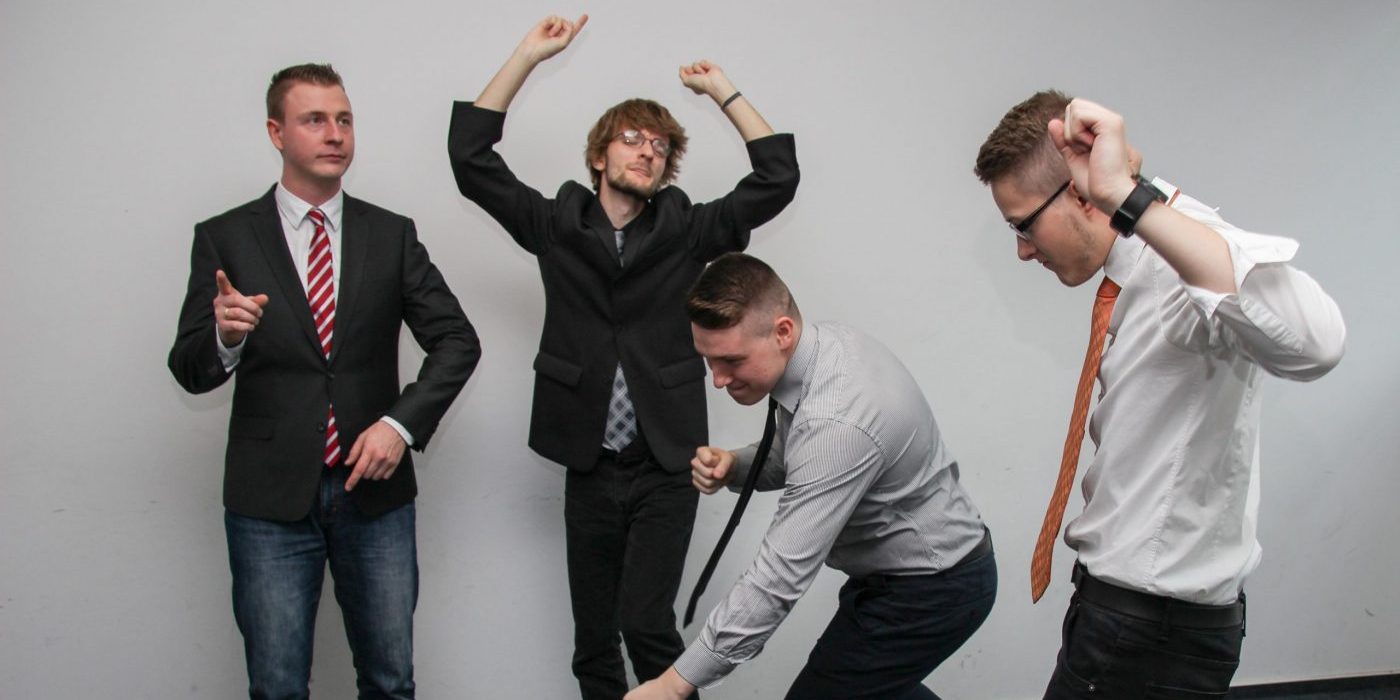 OK, enough of that babble. Throw the guitar away. Smash it like a rockstar. You’ve entered the final hour of the working day. It’s been tough. It’s been loud. It’s been painful. The time has come for a feast of a playlist. One that will get everyone bopping, and that includes the idiots. You no longer have to avoid they exist. The vibes are too good, personality clashes aren’t a thing anymore.

Stick on on the TGIF playlist, regardless of whether it’s Friday or not. The last hour of a Monday will work just fine. Who cares that there’s Tuesday, Wednesday, Thursday and Friday to go. Monday is DONE! And that’s a cause for celebration.