The 10 smartest BookTok recommendations you should read 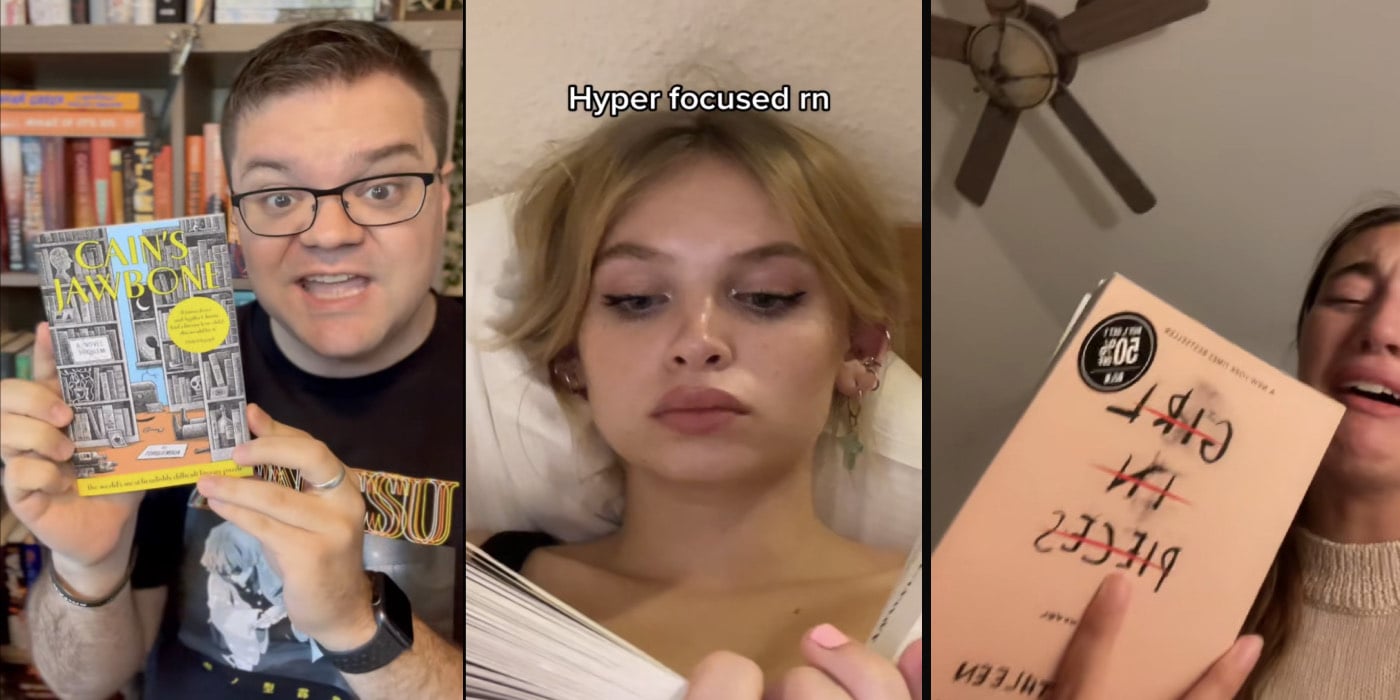 The humble book has had a negative press since the dawn of the internet. News outlets would have you believe that nobody reads anymore; that it’s an outdated form propped up only by stuffy professors and die-hard readers. The public at large, though? They’d rather watch a movie or binge a Netflix show or scroll social media sooner than leaf their way through some antique paperback. But this isn’t true.

Thanks to TikTok, books have made a phenomenal comeback. The #BookTok community is responsible for many previously published books becoming best sellers. Some of these include Colleen Hoover’s It Ends With Us, Adam Silvera’s They Both Die at the End, and Alice Osman’s Heartstopper series.

This online bookworm community has given a new lease of life to innumerable titles over the past two years – some fairly recent, some coming back into the trendy fold. One on this list, for example, is almost 100 years old.

So feast your eyes on our pick of BookTok’s favourites. You may be inspired to join the fun yourselves.

We Were Liars by E. Lockhart 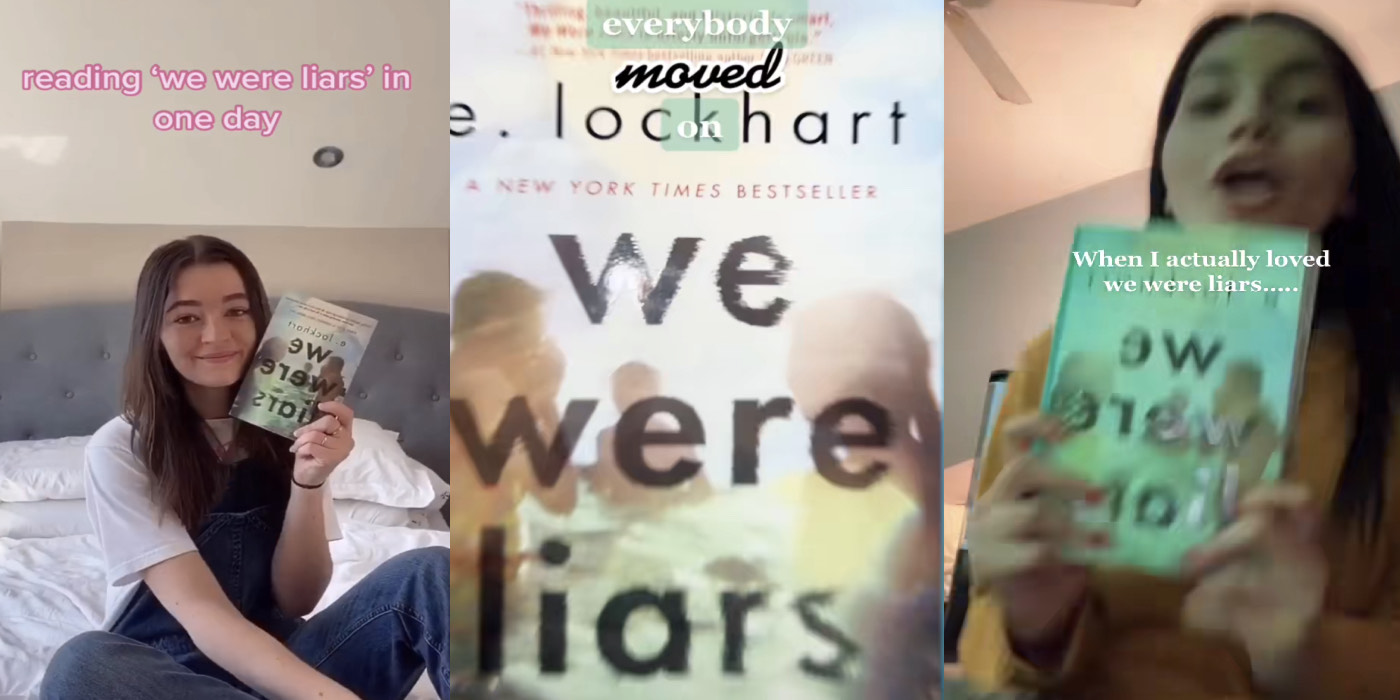 Lockhart’s brilliant 2014 young-adult thriller achieved reasonable success on its own accord when it first came out but over the last two years, BookTook has granted it even bigger acclaim. Similar to Adam Silvera’s They Both Die at the End, it was later announced that Lockhart would be writing a prequel to the novel, which is due for release in May,

We Were Liars follows a 17-year-old girl who has survived a horrible accident at her family’s summer home that she cannot remember. She returns, determined to remember the details of her accident – but as the pieces start to come together, she discovers not only the vicious truth of that night, but a surprise revelation about herself.

It Ends With Us by Colleen Hoover 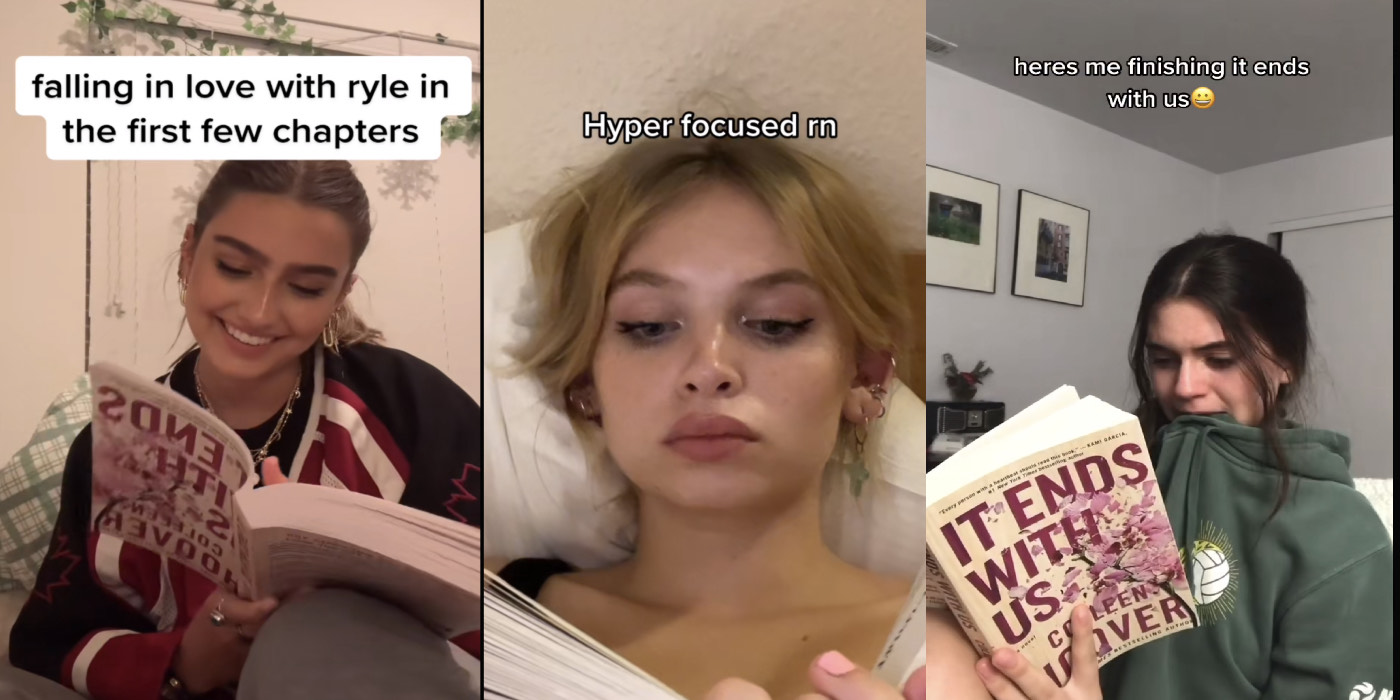 At the time of writing, Colleen Hoover has over 762,000 followers on TikTok, separating her from the others on this list. She understands perhaps better than anyone the power of BookTok, which is probably why her 2016 novel became such a hit with the community. It currently sits at the Number 1 spot on the New York Times bestsellers list.

In It Ends With Us, protagonist Lily is on the make in Boston after growing up in small town Maine, graduating from college and starting her own business. So when she meets handsome neurosurgeon Ryle Kincaid, everything seems too good to be true. Ryle, a mixture of arrogant and sensitive, has an extreme aversion to relationships. Though Lily becomes the exception to his outlook, she can’t help wonder what made him like that in the first place. During this inspection, she is reminded of her first live, Atlas Corrigan, the man she left behind. When he suddenly reappears, everything Lily has going with Ryle is thrown up in the air.

A Little Life by Hanya Yanagihara 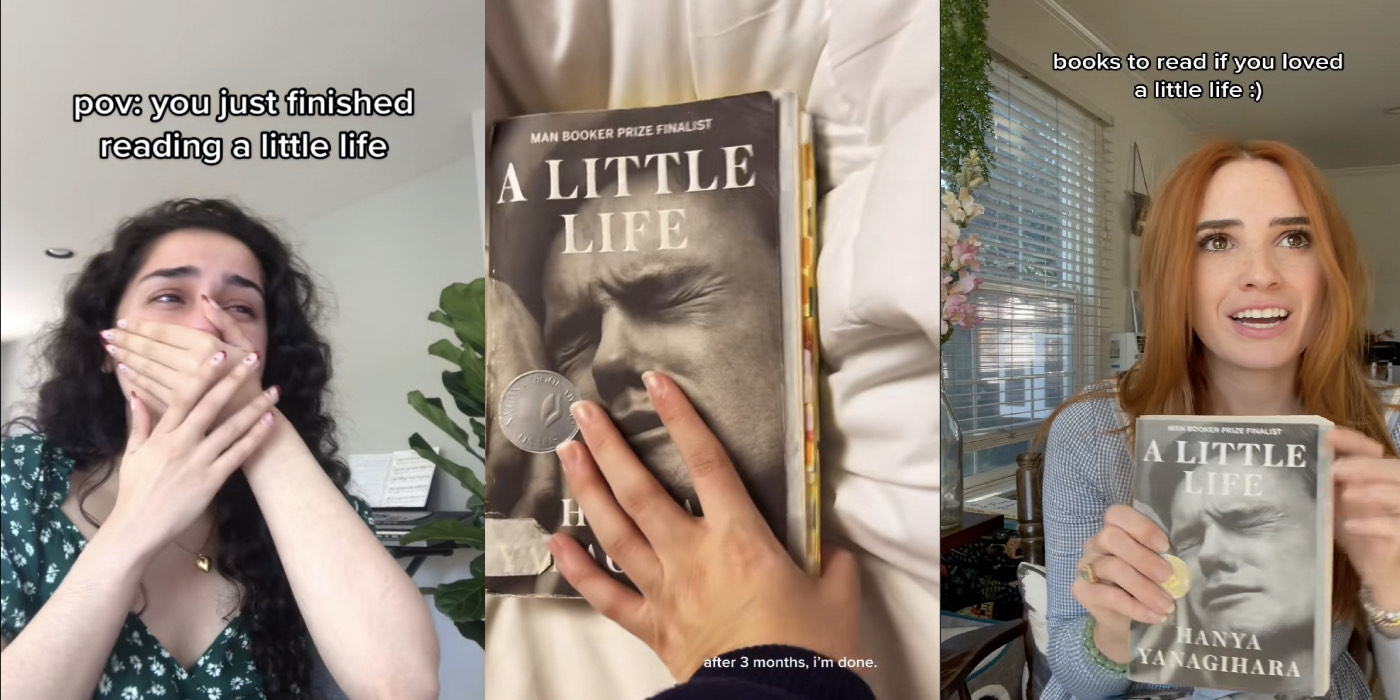 Hanya Yanagihara’s A Little Life is a million copy bestseller for a reason. At once a heartbreaking and uplifting ode to brotherly love, this novel has swept BookTok with many users posting videos of themselves in tears after finishing the book. Others claim they’ll never be able to read it for fear of not being able to handle the motions. Released in 2015, this treasure took a turn for the better after it was discovered and shared on TikTok’s bookworm community.

The story concerns four graduates from a small Massachusetts college moving to New York to make a living. Broke, lost and bound only by their friendship, Willem, JB, Malcolm and Jude’s relationship deepens over the ensuing decades, navigating addiction, success and pride. Their greatest challenge however, they soon realise, is Jude himself. A man with a mind and body scarred by a brutal childhood, the trauma of which he worries will not only be indomitable but define his life forever. 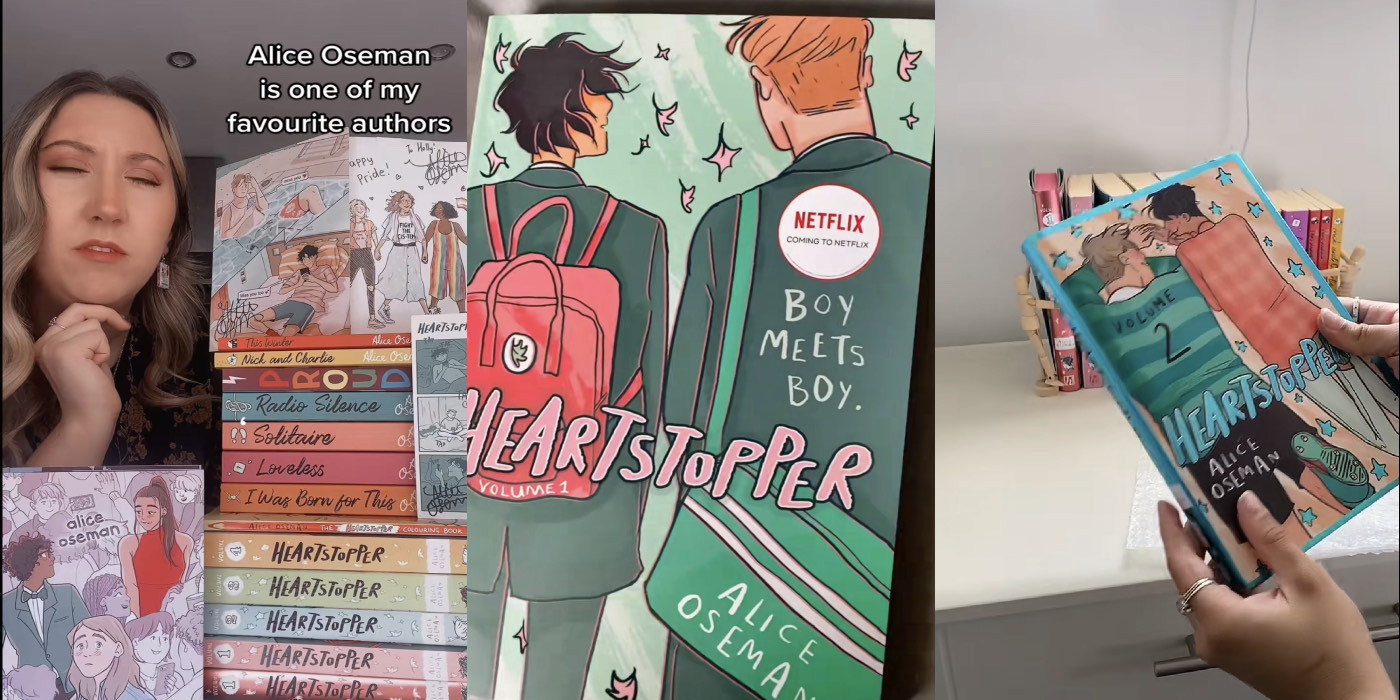 Beginning life as a web comic, this four-book series was self-published before being picked up by Big 5 publsher Hachette. Alice Osman’s Heartstopper series was always an internet sensation, but now thanks to BookTok, it’s a TikTok sensation too – and now a Netflix TV series.

The first book follows Charlie and Nick, two school pupils unaware of the other’s existence. One day, they’re made to sit together and quickly become friends. Before long, Charlie falls for Nick, despite thinking he doesn’t stand a chance. But Nick is more interested in Charlie than either of them know. Heartstopper is about love, friendship, loyalty and mental health. It depicts all the small stories of Nick and Charlie’s lives that together make up something larger – something to tap into all of our inner romantics.

They Both Die at the End by Adam Silvera 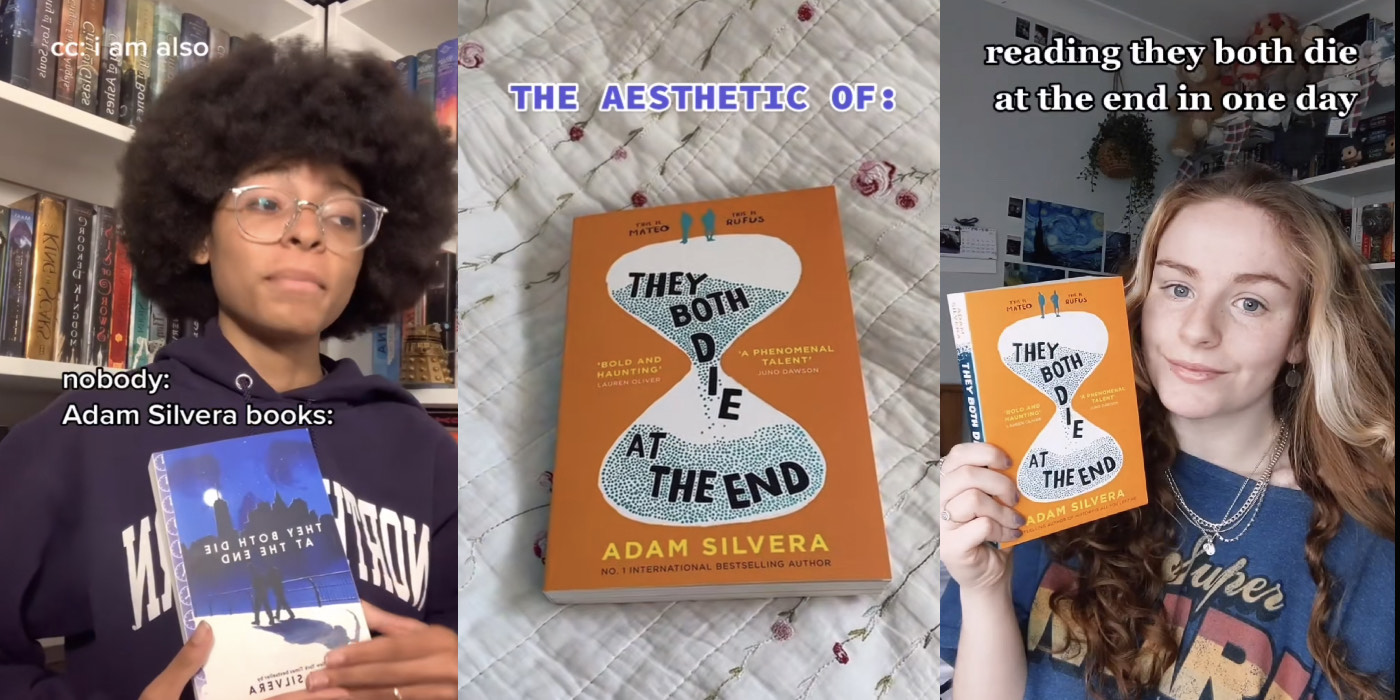 For a book that has a spoiler alert as its title, it’s a wonder how Adam Silvera’s They Both Die at the End ever made it shelves let alone achieved success. All the same, this book was fairly popular upon its 2017 release. BookTok, however, has taken to this like a duck to water, and made it Number 1 on the New York Times Paperback Bestseller list. Elsewhere, it’s in development at HBO as a miniseries. Silvera has been contracted to write a prequel, which is set for release later this year.

The book concerns two men, Mateo Torrez and Rufus Emeterio, who are one night called to say they’re going to die within a day. Mateo and Rufus are complete strangers, but, for different reasons, looking to make a new friend on their final day. Luckily there’s an app for that called the Last Friend. Through it, Rufus and Mateo meet up for one last great adventure to live a lifetime in a single day.

The Song of Achilles by Madeline Miller 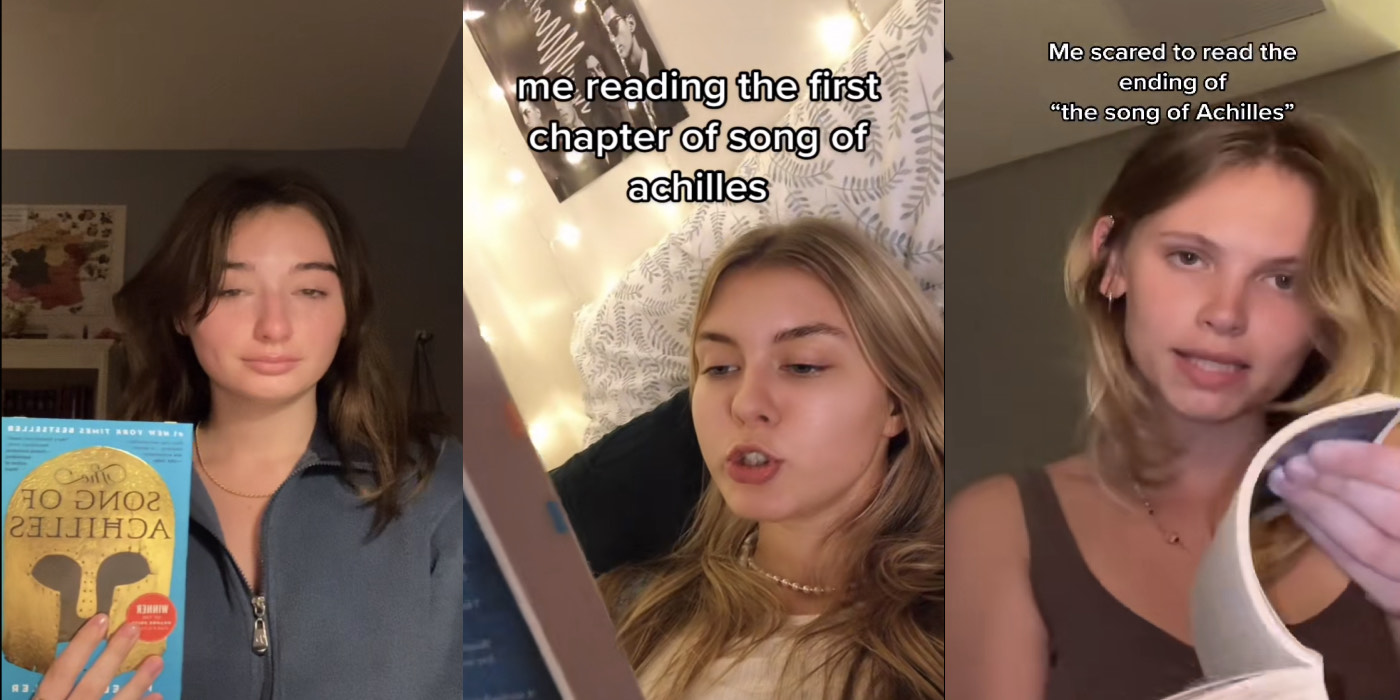 A pulsating tale of love, ambition and immortal fame, this award-winning debut from Miller retells the story of the Trojan War and its greatest hero from the point of view of his closest friend Patroclus. The Song of Achilles isn’t the only book of hers to become extremely popular on BookTok (her second novel, Circe, also found new fans on the app), but given this novel was initially released in 2011, the power of BookTok is not to be sneered at.

The Song of Achilles follows Patroclus, an awkward young prince, who has been exiled to the court of King Peleus and his dream son Achilles. Despite their differences, Achilles befriends the Patroclus. As they grow into young men well-versed in the arts of war and medicine, their kinship grows into something deeper, much to the annoyance of Achilles’s mother Thetis, a cruel sea goddess. When word comes that Helen of Sparta has been kidnapped, Achilles has to go to war in faraway Troy and make his mark on the world. Patroclus goes with him, blind to the testing, violent years that will follow. 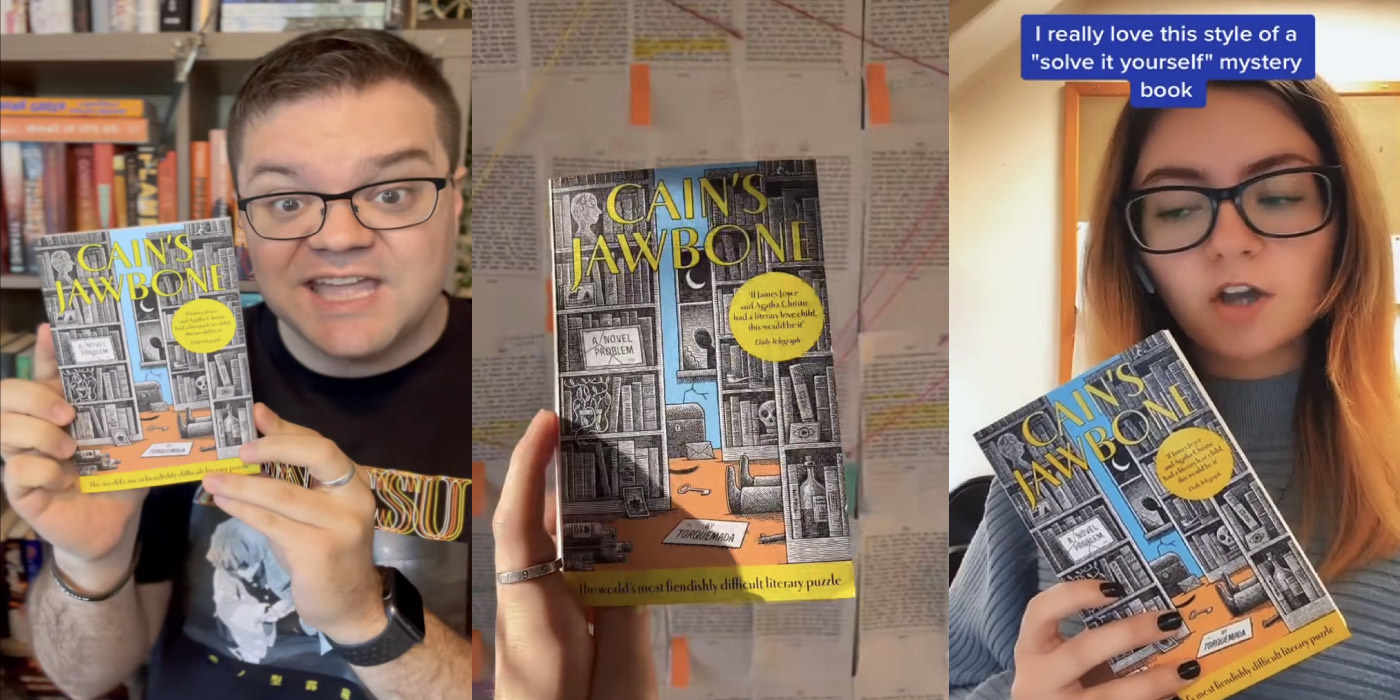 Two things distinguishes this book from the rest. Firstly, it’s a lot older. Secondly, it’s not really a book in the traditional sense, despite its age. Edward Powys Mathers’ murder mystery puzzle book, Cain’s Jawbone, was initally released in 1934 and deliberately published with its pages in the wrong order. Naturally this was catnip to TikTok users, who embrace all manner of challenges. Thanks to a series of viral videos of people attempting to solve the puzzle, this quaint old book subsequently sold out everywhere.

In 1934, the Observer’s cryptic crossword compiler, Edward Powys Mathers (or Torquemada), released a novel that was both a murder mystery and the most tricky literary puzzle ever written. The pages were printed in completely topsy-turvy order. That isn’t to say it’s impossible to solve this caper. Through a good measure of logic and attention, you can sort the pages into the one correct order and reveal the six murder victims and their respective murderers. It’s no surprise at all that BookTok went wild for this one.

Girl in Pieces by Kathleen Glasgow 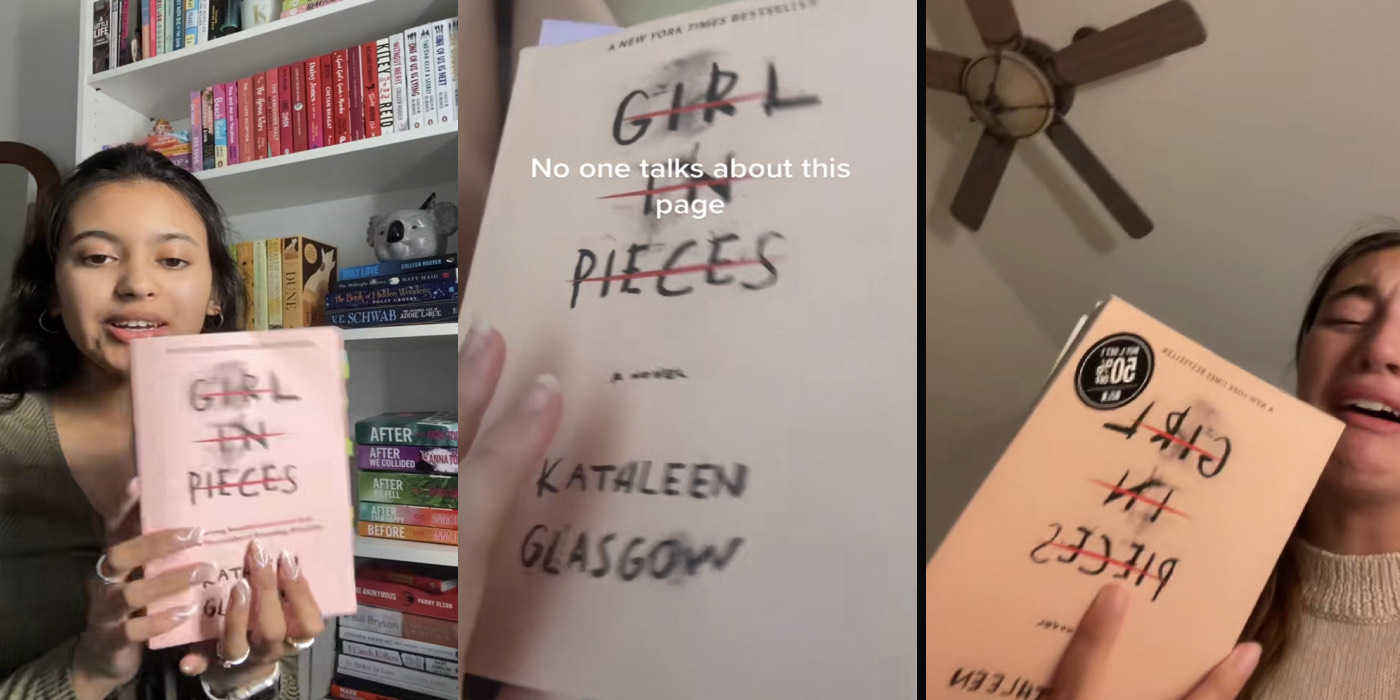 Kathleen Glasgow’s stark debut Girl in Pieces made an impact upon its release back in 2016, but it’s only thanks to BookTok that she has seen her novel soar to heights she probably thought weren’t possible prior to last year.

Unflinching in its honest, Girl in Pieces follows the trials and trauma of 17-year-old Charlie and the legacy of self-harm that she is determined to put behind her. Since hitting the jackpot on BookTook, it has found a home on the NYT paperback list for the past six months. On Amazon, it is currently Number 1 on the Ficton About Being a Teen for Young Adults list and 177th on Books overall. Yes, that means every book available for sale on Amazon.

The Atlas Six by Olivie Blake 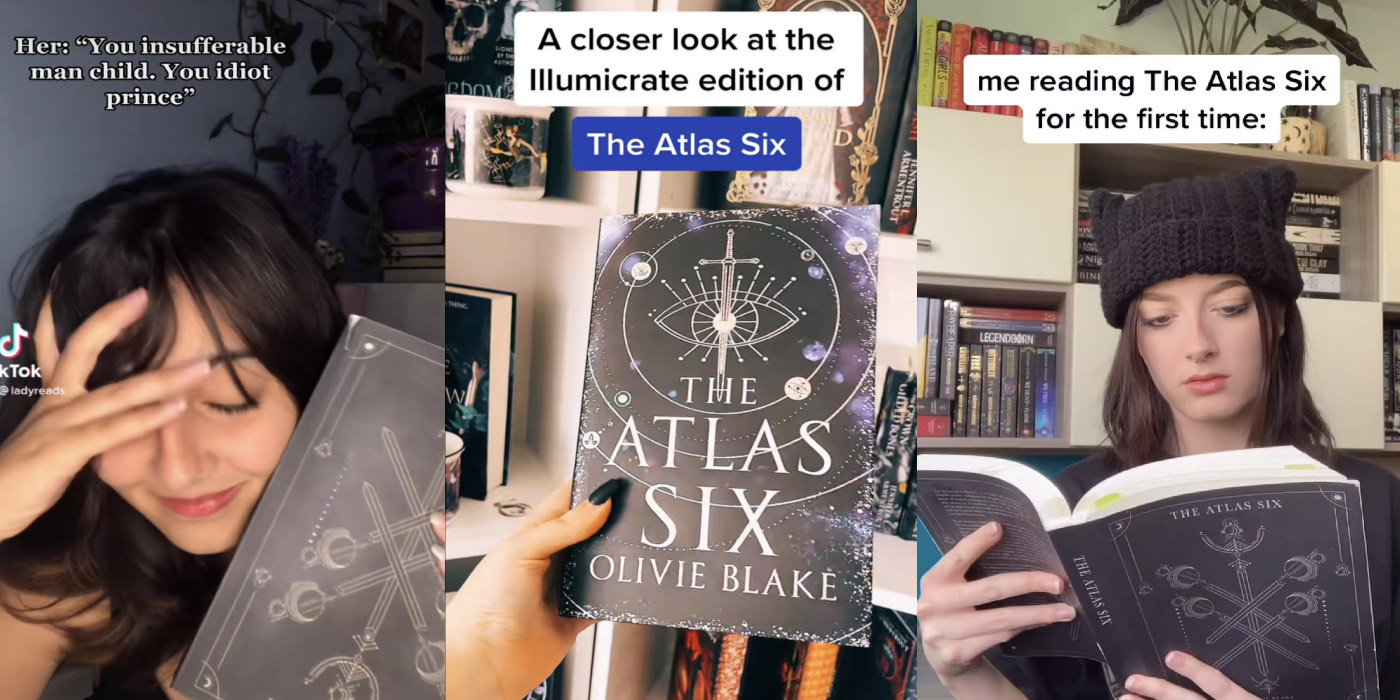 In another incredible example of the power harnessed by TikTok’s book loving community, The Atlas Six was originally self-published via Kindle Digital Publishing by Olivie Blake in 2020 only for it to later go viral on BookTok and gain universal interest. Eventually the book was picked up by Tor Publishing and re-released on March 3, 2022, with a new cover, edit and additional content. On top of that, it’s also been auctioned by Amazon Studios to be developed into a series.

The Atlas Six concerns a mix of magic and secret societies. Think Harry Potter meets Eyes Wide Shut. Six uniquely talented young magicians are invited to an initiation that will change their lives forever. Only five, however, will walk way. If you loved Ninth House and A Deadly Education, you’ll love this. Blake is working on a sequel too, so get onboard while it’s hot.