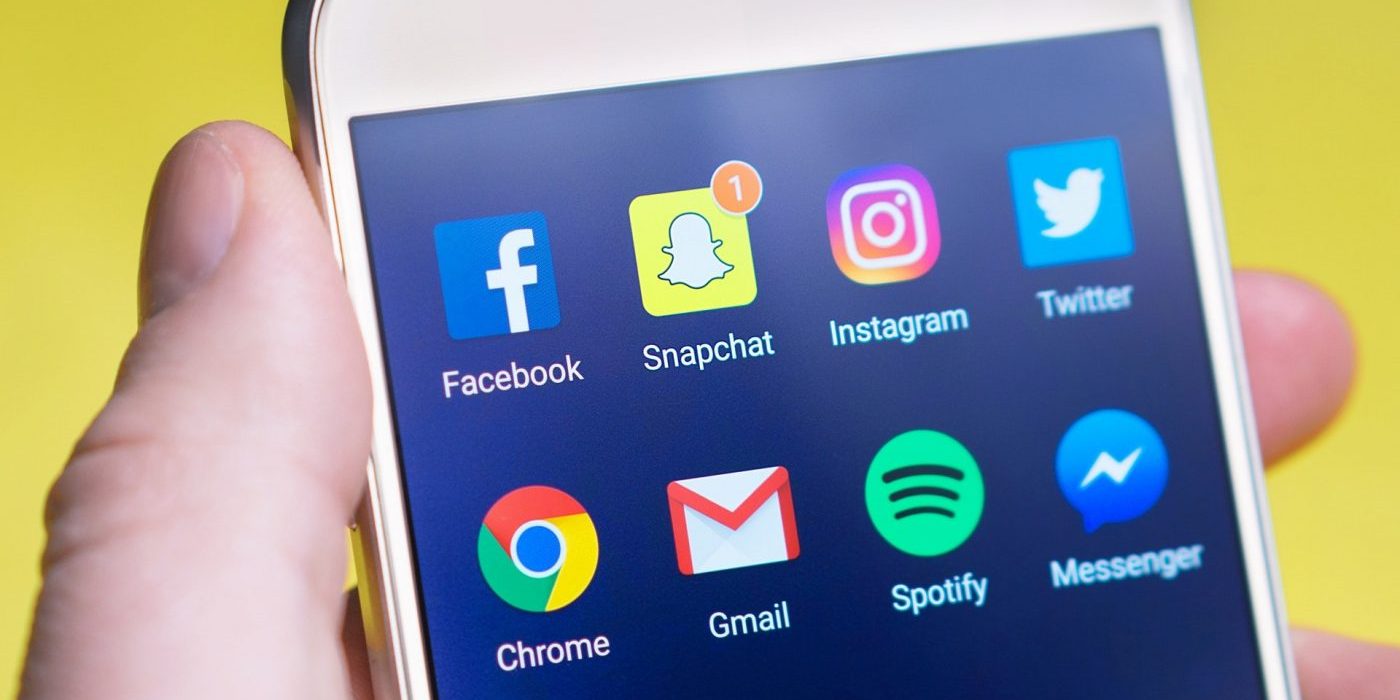 For an app that, at its core, encourages people to write sentences, Twitter is a behemoth of a social media presence. Initially a fluffy, whimsical distraction from the increasingly-toxic Facebook, Jack Dorsey’s brainchild has since morphed into a platform used by everyone, all over the planet, from multiple walks of life.

Twitter is the 9th most visited site globally. In 2021, it saw 2.4 billion sessions, 620 million of which were unique. It’s also the world’s 7th favourite social media platform. So why would people want to leave? Because Twitter, due to its popularity, is home to a lot of voices, a lot of opinions, a lot of noise. And this can be overwhelming if you’re simply looking to have a good time and read some funny tweets. It’s also been known to censor voices that don’t lean on the left of the political spectrum, for better or for worse.

Many alternative sites to Twitter have been created in the past few years. Some of these include Gab, Plurk, Parler, Amino and Mastodon. Jimmy Wales, the founder of Wikipedia, started a social network in 2019 called WT Social. And former US president Donald Trump famously launched Truth Social following his Twitter ban.

Some of these alternatives naturally lean to the right of the political spectrum as their existence is intended to confront Twitter’s supposed left-wing bias. But there are also some that are explicitly left-wing, and some completely apolitical. In fact, a lot of Twitter alternatives claim to be better-run than their main competitor. They offer a broad-minded, creative space for artists and free thinkers to thrive. Here’s some that might tempt you. 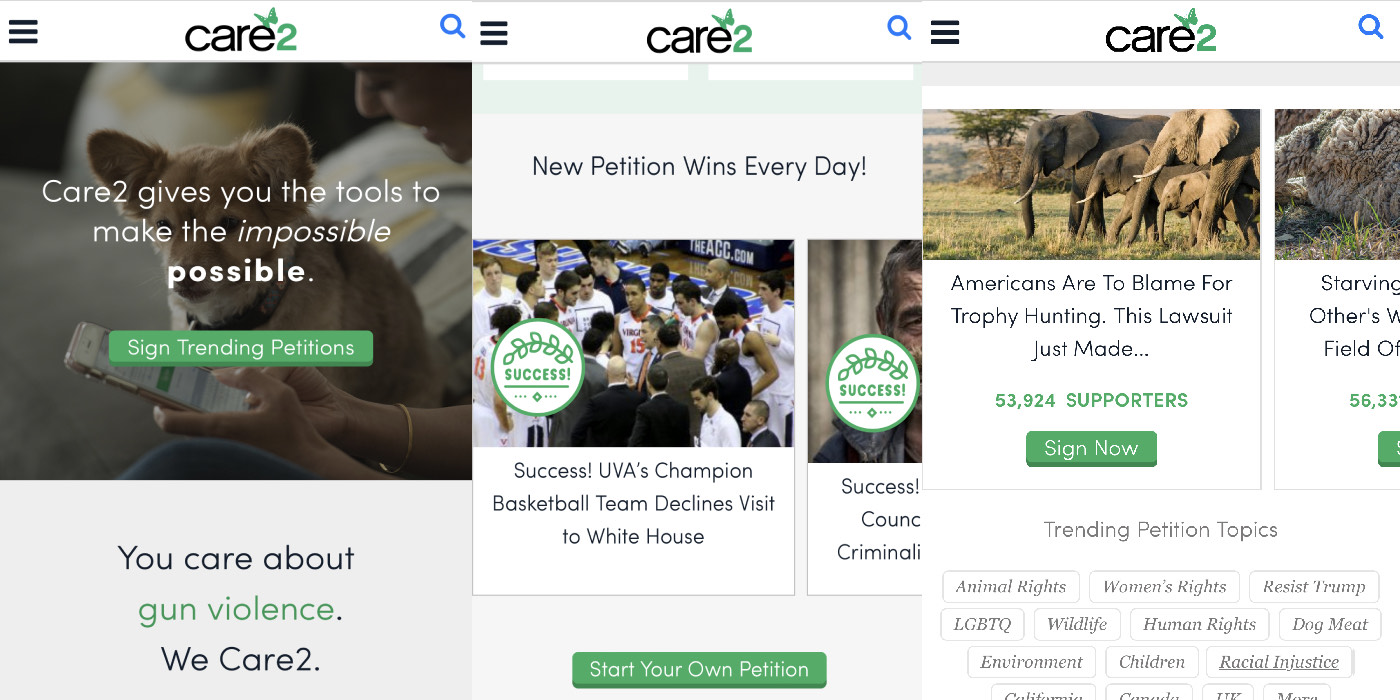 If the negativity on Twitter is weighing you down, Care2 might be the answer. Unlike Twitter, where people can say one thing and do another, millions of people come together on Care2 in order to make a real difference. The platform is filled with stories of success varying in size. Here you can find petitions related to civil rights, animal rights, social equality, environmental issues and much more. You simply have to click to sign the petition and one of the website’s sponsors will donate an amount in your name.

Critics aren’t shy when it comes to their thoughts on Care2, with some calling it an outright scam. Others claim it’s nothing more than a far-left biased platform which censors conflicting opinions. One reviewer even said that Care2 silences voices on both the far-left and far-right, choosing instead to establish and nurture a corporate, centrist environment. 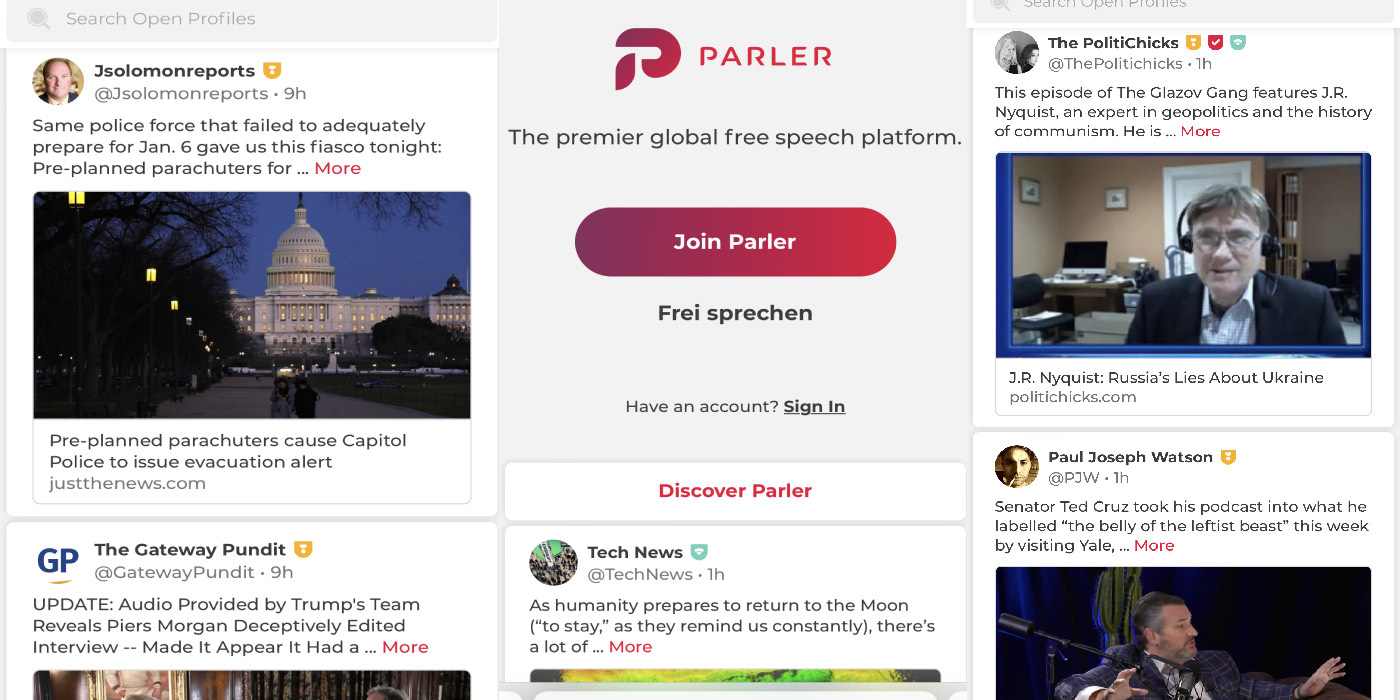 Parler is perhaps the most famous of Twitter’s right-wing alternatives. Founded by John Matze and launched in August 2018, Parler is an alt-tech microblogging site that markets itself as a free speech-soaked alternative to social networks such as Twitter and Facebook. As of January 2022, Parler has anywhere between 700,000 to 1 million active users out of their overall 20 million members. After reports that Parler was used to coordinate the 2021 Capitol riots, Apple and Google removed the app from their app stores. It resumed business the following month after moving domain registration to Epik. Today, a version of the app with new content filters was released on the Apple App Store.

Parler’s service has been criticised for content policies that are more restrictive than the company lets on – sometimes, these are even more restrictive than those of its competitors. Left-wing and liberal users have been banned from Parler for going against the grain of the site. The platform has also been criticised for bolstering QAnon conspiracy theories and antisemitism. 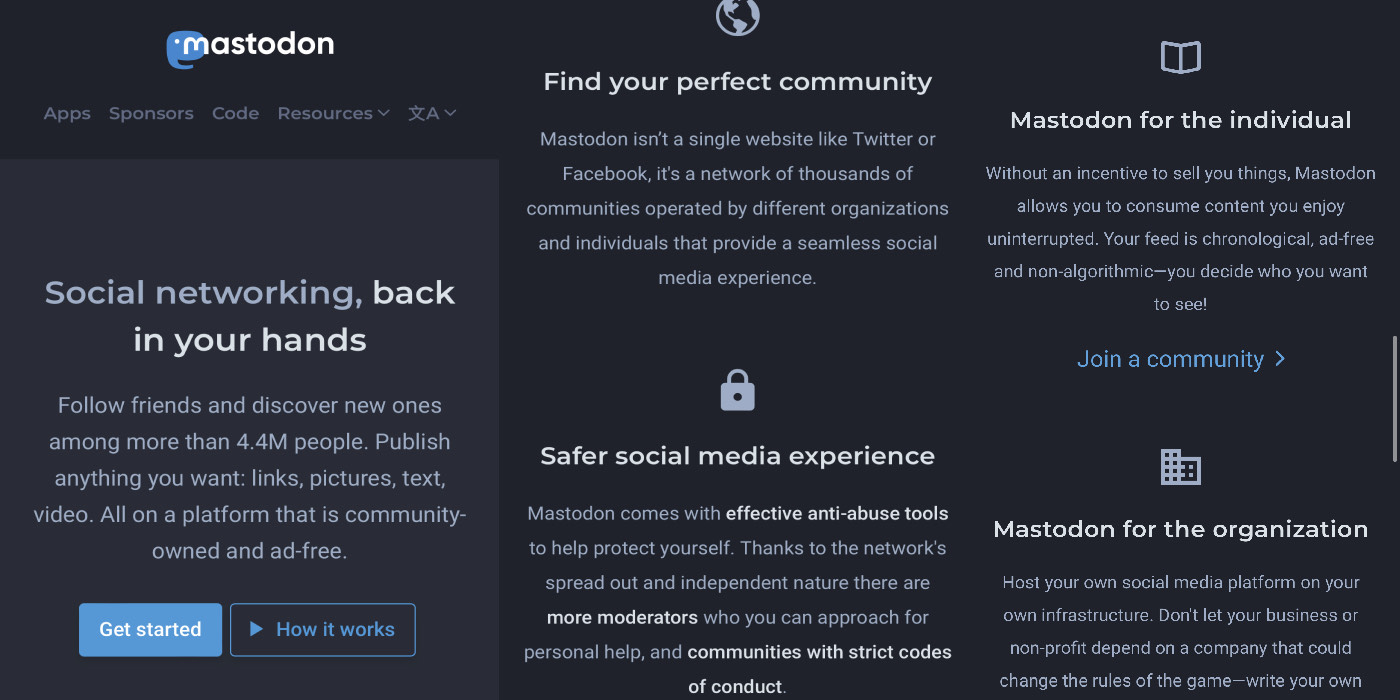 Mastodon is a decentralised alternative to Twitter. Rather than offering up one massive social media platform, it allows users to create, host, and run communities, or “instances”. Each of these instances has a unique set of conduct policies established by the hosts. This social media network consists of different serves located around the world. Each of them hosts an instance that caters to a specific audience. In April 2022, it finally became an Android app.

Problems with the app are similar to that of any newbie to the scene. Overcomplicated, overwhelming and confusing. It’s also been slated for having inconsistent community guidelines and policies. However, most Mastodon servers use the TootCat code of conduct, which forbids racism, sexism, xenophobia, Holocaust denial, Nazi symbolism etc. 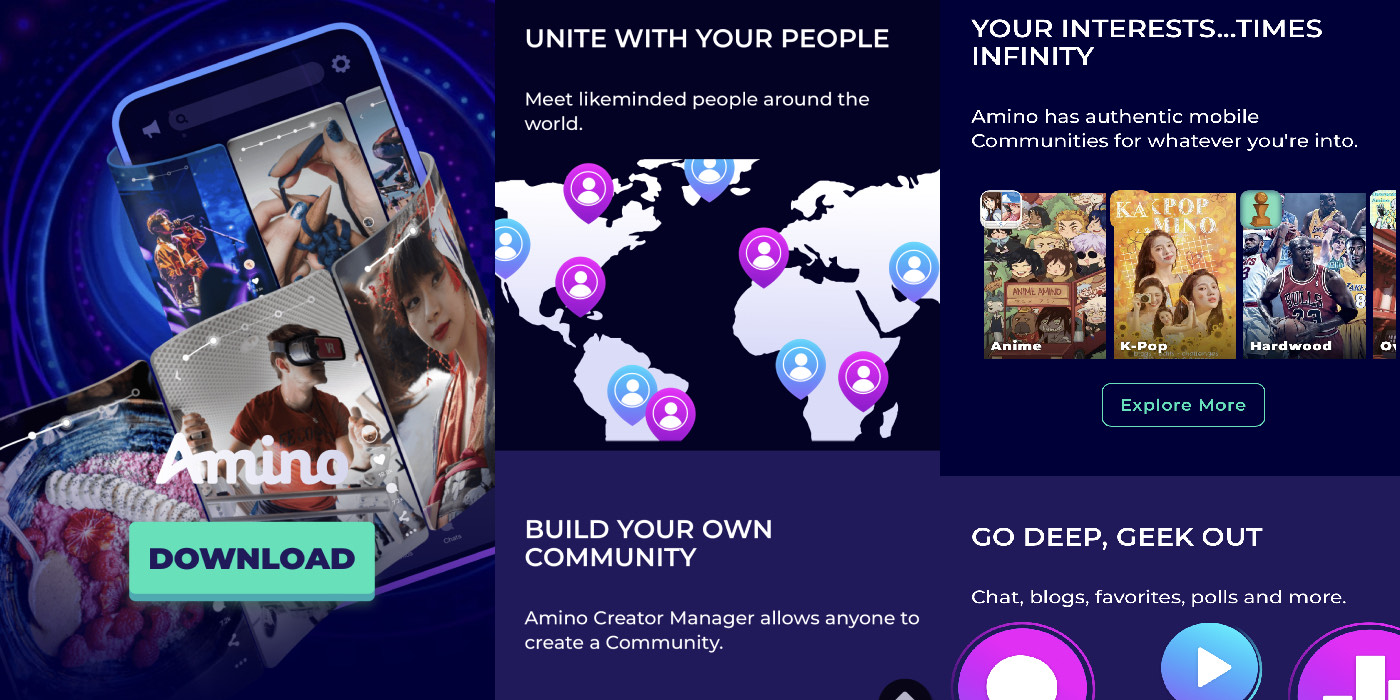 Amino, much like Mastodon, enables users to make and moderate communities around particular interests and topics. Community moderators can create interactive content such as polls and quizzes. It also facilitates “screening rooms” where users can watch videos with other users. Unlike networks like Twitter, you can use different handles in different communities.

Users tend to be on the younger side, so most communities have stricter guidelines than Twitter. As for problems, Amino isn’t without sin. On an aesthetic level, a hectic looking interface is off-putting in an industry where less is more. On a practical level, one-on-one conversations are not moderated and community subjects are limited to fairly niche interests. Ultimately though, Amino is well worth trying out if you’re truly desperate to leave Twitter behind. 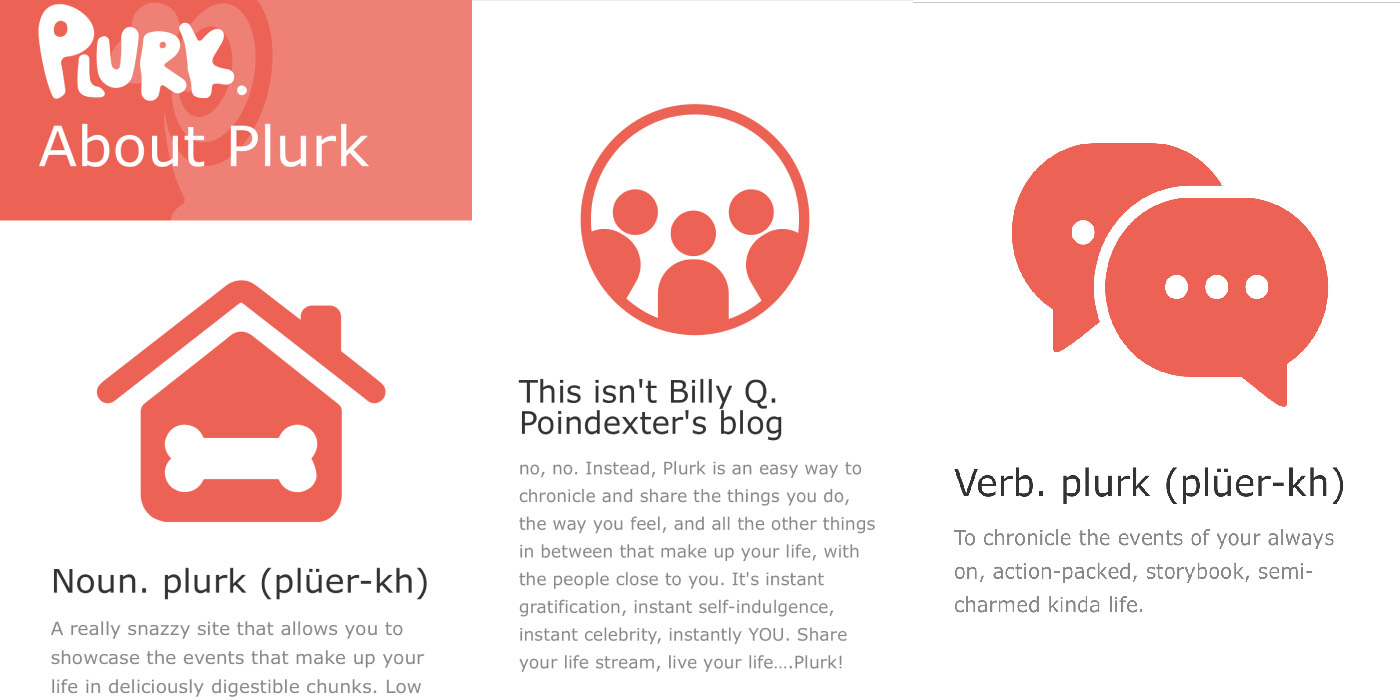 Plurk brands itself as a “social network for weirdos” but the content can be cosy and familiar. On here you’ll find discussions about everything from knitting to Netflix, though as the company is Taiwan-based, much of the topics centre around Asian pop culture. To “Plurk” means to chronicle the events of your unique life. What makes it different is that you can do so without fear of retribution the likes of which have become second nature to Twitter. A handy Time Machine feature lets you see all of the Plurks from days past, making it easy to search for old posts.

Much like Reddit, Plurk lets users earn Karma on their site. You can see other people’s timelines or keep it private, as you would on Facebook. While Plurk is praised for being free of toxicity, there have been some complaints regarding its similarity to Twitter as well as an inability to filter posts by language. 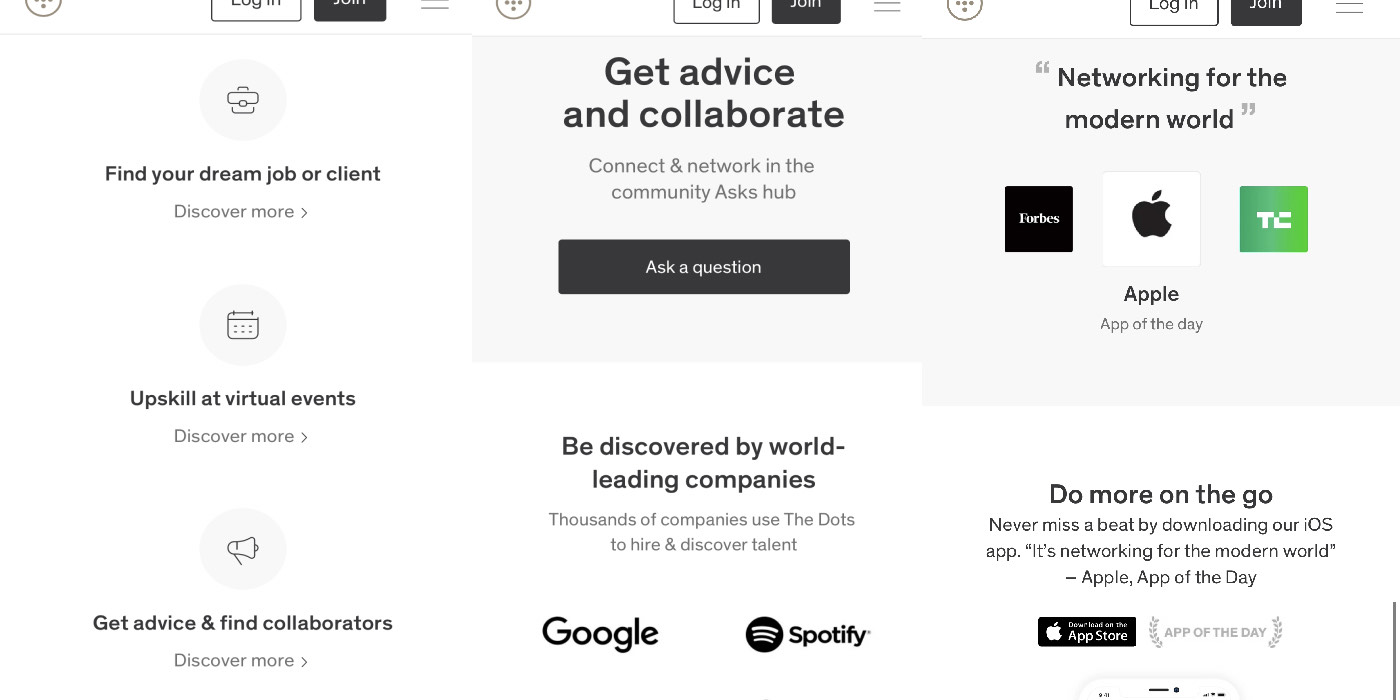 The Dots is a social media network catering to artists and creatives. Doubling up as a professional network-building site like LinkedIn, the only difference here is that you can display your own art for any potential employee or member of the general public to see. Employees from companies such as VICE, the Telegraph and Vogue can be easily found on The Dots. The best feature of this site is that it allows you to express your thoughts without fear of being shadow banned or censored. If anything, you might get hired.

The cons of The Dots are pretty non-existent. Reviews of the site are overwhelmingly positive. If you’re a young creative trying to break into a competitive industry, the Dots is a great way to stand out in a sea of budding artists. 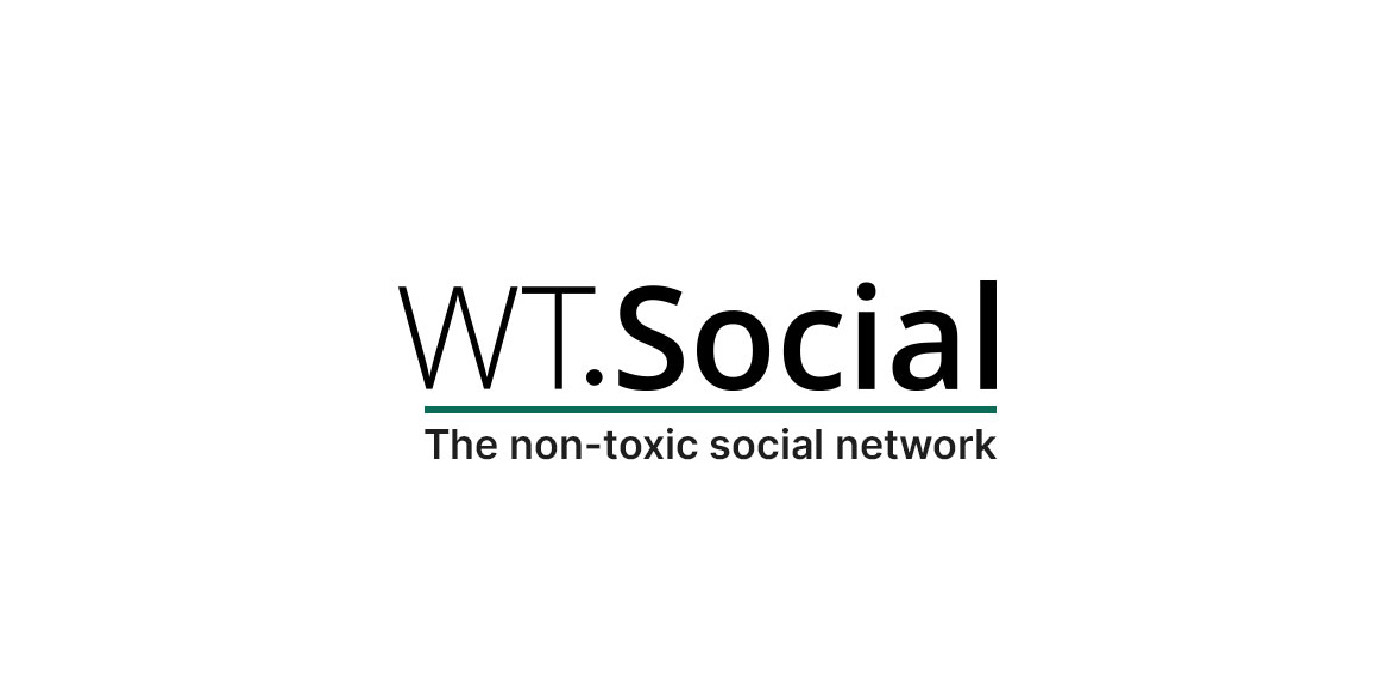 Of course the nice, non-profit folks over at Wikipedia were going to create a healthier alternative to Twitter and Facebook. Although the name could do with some work, WT Social might be up your street. This social media platform was directly born out of Wikipedia founder Jimmy Wales’ frustration with mainstream social media platforms.

Wales and his team understand that mainstream social media sells user data to advertisers, uses algorithms to keep people engaged, and have slow fact-checking mechanisms. WT Social promises users that no advertisers will be calling the shots, no dodgy algorithms. Fact-checking will be swift and thorough. Launched in October 2019, WT Social has 450,000 users. 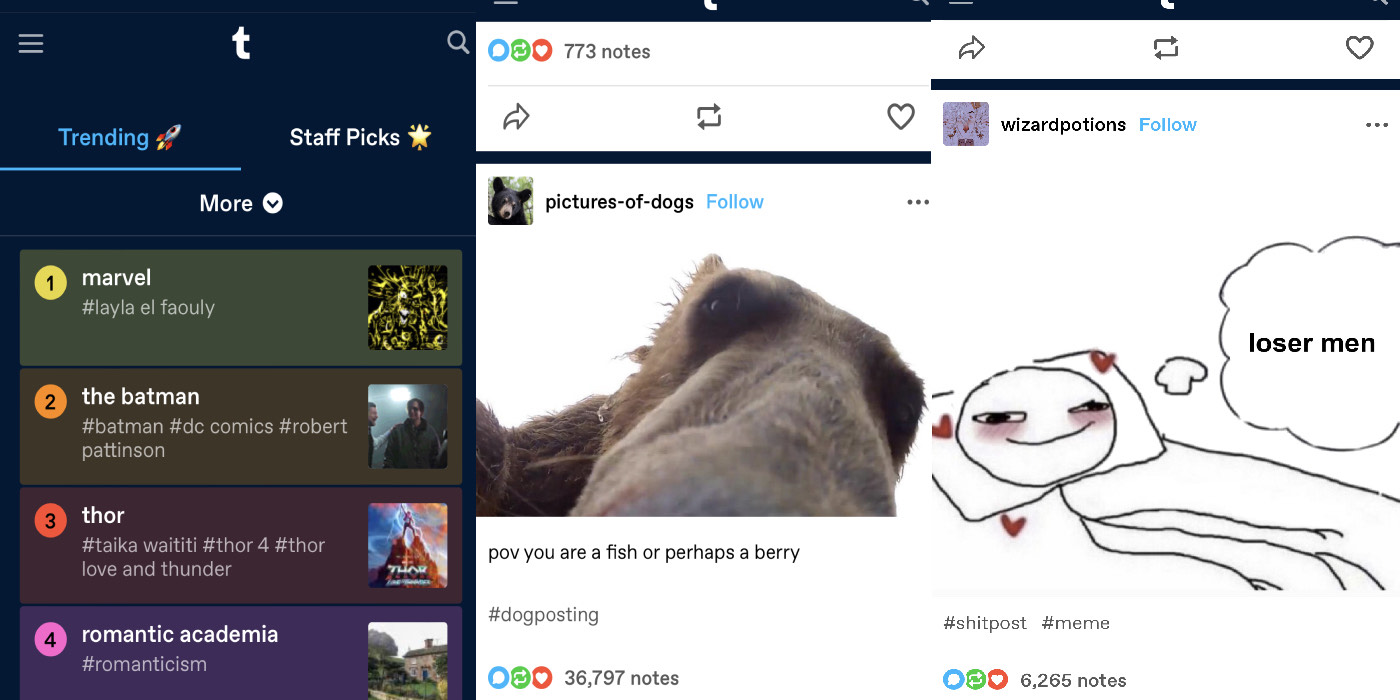 You’ve heard of this one. Tumblr has been around since February 2007 which, in internet years, is a long, long time. And while not strictly the same as Twitter in terms of user experience, it’s a great alternative. Artists and free thinkers alike have warmed to Tumblr for fifteen years for a reason. It’s very versatile: users can post micro-blogs, GIFs, images, short videos. These days, it has a “safe mode” for those who don’t want to see any kind of explicit content.

Tumblr has gotten itself into trouble over the years. In February 2018, BuzzFeed published a report claiming that Tumblr was utilised as a distribution channel for Russian agents to influence American voting habits during the 2016 presidential election. And despite policies forbidding hate speech, Tumblr has been noted for hosting content from Nazis and white supremacists. In May 2020, however, Tumblr announced that it will remove reblogs of terminated hate speech posts, specifically Nazi and white supremacist content. 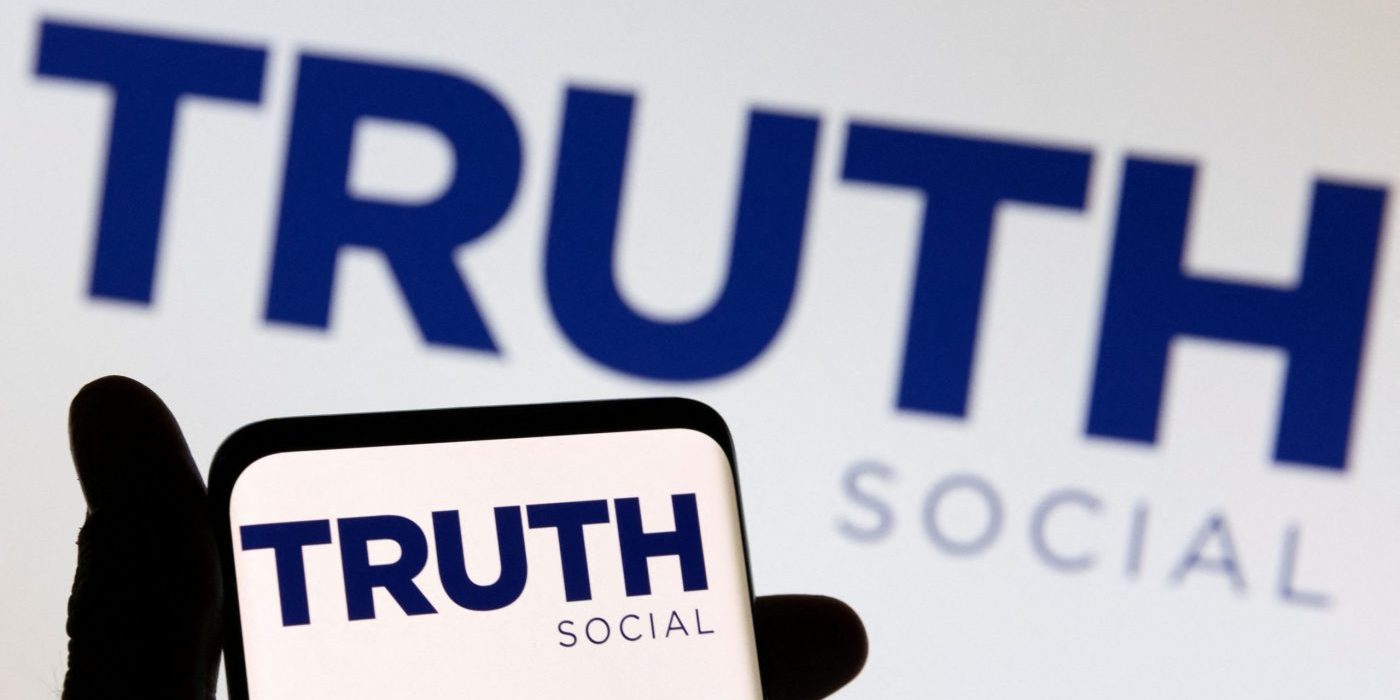 The subtlety-titled Truth Social was founded in October 2021 by former President Donald Trump’s Trump Media & Technology Group as a direct competitor to Twitter, from which he was banned for spreading misinformation regarding the 2020 US election, which he lost to President Joe Biden. The service launched on February 21, 2022 and has suffered persistent scaling problems since its debut.

In March 2022, The Wrap reported that weekly installations of the Truth Social app had fallen from 872,000 in its launch week to around 60,000 per week, a whopping reduction of over 90%. Visits to the site had also fallen. It was later reported that shares in Digital World Acquisition Corp had fallen 31% from the app’s launch and 64% from it’s all-time high. As for Trump himself, he’s not an active user. It has been compared to Trump Steaks and Trump Vodka, both ventures from ‘The Donald’ that were launched with fanfare only to collapse in ignominy. Sad!