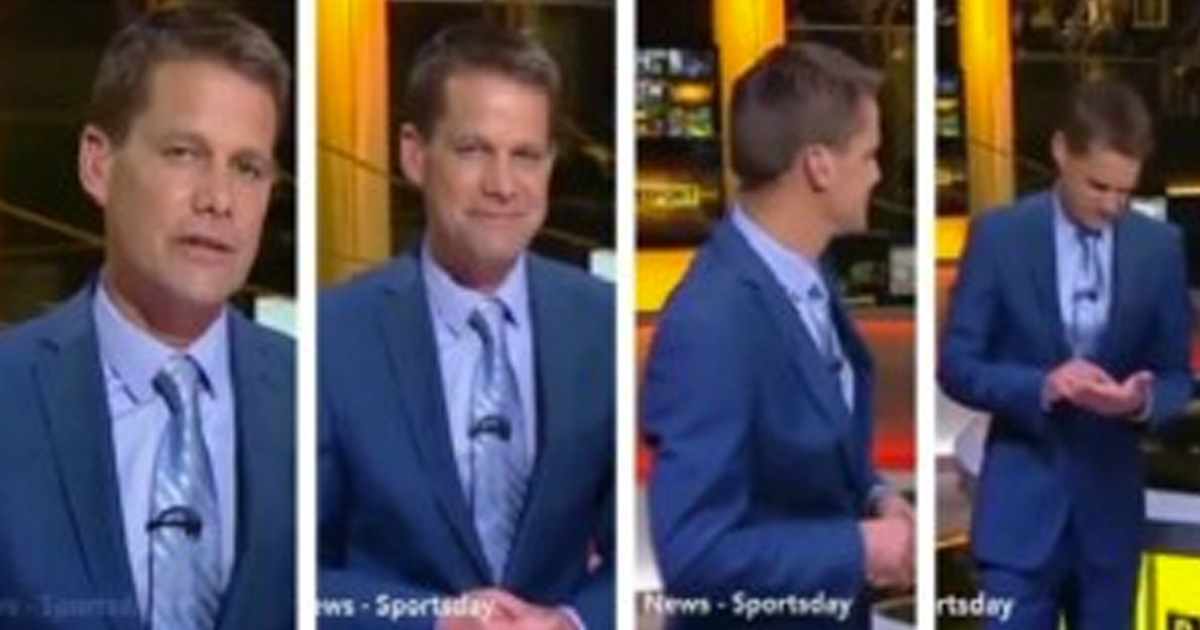 This is the bizarre moment when BBC news reporter Chris Mitchell finished his broadcast but the camera was still on him.

He clearly felt he needed to do something to look busy so he started pretending to use an iPad. As you will see this just ends up looking really awkward and totally bizarre.

Maybe the BBC put out some kind of instruction to do something with your hands if you are not talking and the camera is on you.

He has not made it clear why he did this but has responded to a bit of ribbing he got on Twitter saying Simon Mccoy is still the kind of blunders. In case you didn’t see this earlier in the year. Simon Mccoy, another BBC reporter presented a full news report holding a pack of A4 paper instead of his iPad.