The inside story of how much Spotify actually pays artists 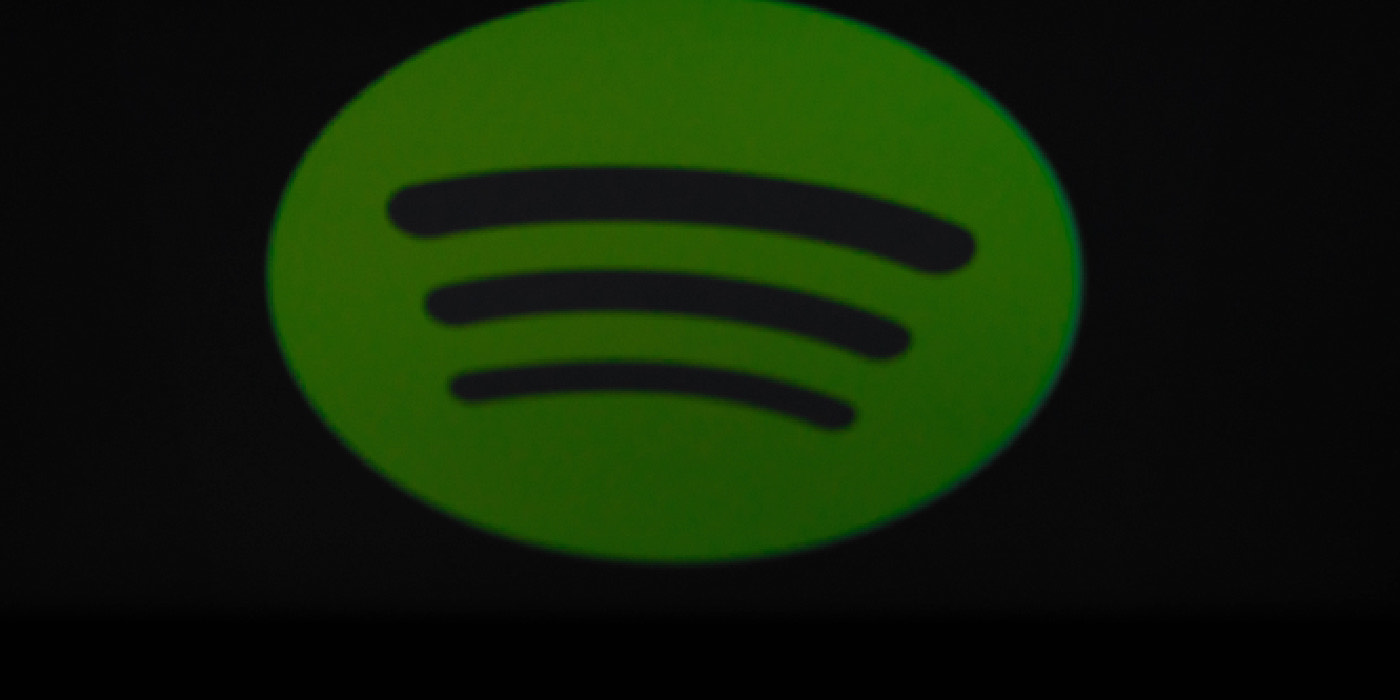 Streaming has long been a friend of consumers and a foe of creators. Complaints against the giant of the industry, Spotify, are as old as Spotify itself. Since landing in the United States in 2011, musicians have been knocking on the service’s door wondering why their royalty statements resemble loose change you find down the back of the couch.

In the past, Spotify could be forgiven. It was new-fangled and imperfect. Today, it’s the dominant mode of consumption. Along with Apple Music, Amazon, Deezer, even Tidal, it makes up 83% of recorded music revenues in the United States. Spotify, with its 356 million users around the world - 158 million of whom are paying subscribers - paid out $7 billion to music rights holders in 2021.

It’s not just about the potential dearth of money. Critics of streaming platforms also wonder how money is distributed, should they receive substantial amounts of it. Big record labels, after a tough 2000s, are back making huge profits. The artists whom these labels represent? Not so much, according to rallying activists.

They argue that with more music being released than ever before it has become close to impossible for any artist who isn’t Ed Sheeran to earn a living wage. Below we break down what you need to know about streaming royalties, how they differ depending on an artist’s following, and what the future holds.

What are streaming royalties? 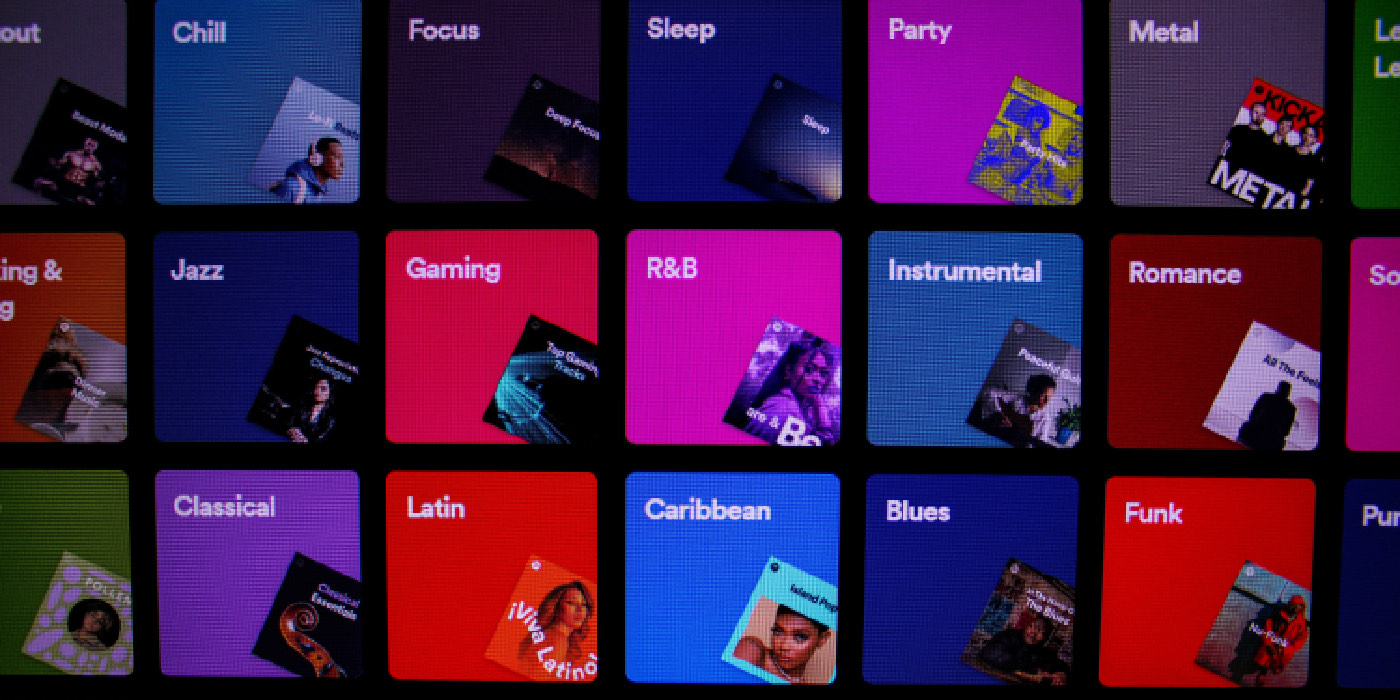 Streaming royalties are fees paid to music rights holders, artists, record labels, songwriters, publishers, every time song is played on music streaming services. Some of these include Spotify, YouTube and Apple Music. They are a vital yet controversial source of income for many songwriters and artists.

More specifically, performance and mechanical royalties are generated when a song is streamed on a service like Spotify due to it being considered both a public performance and a mechanical reproduction of your work. The royalty paid on a Spotify stream varies based on what country and kind of user account (premium, free, family, student, for example) is streaming the song.

Performance royalty rates are set through negotiations between Spotify and your Performing Rights Organization. To bag these royalties, you’ll need to affiliate and register your song with the appropriate collection societies.

How much do artists make per song on Spotify? 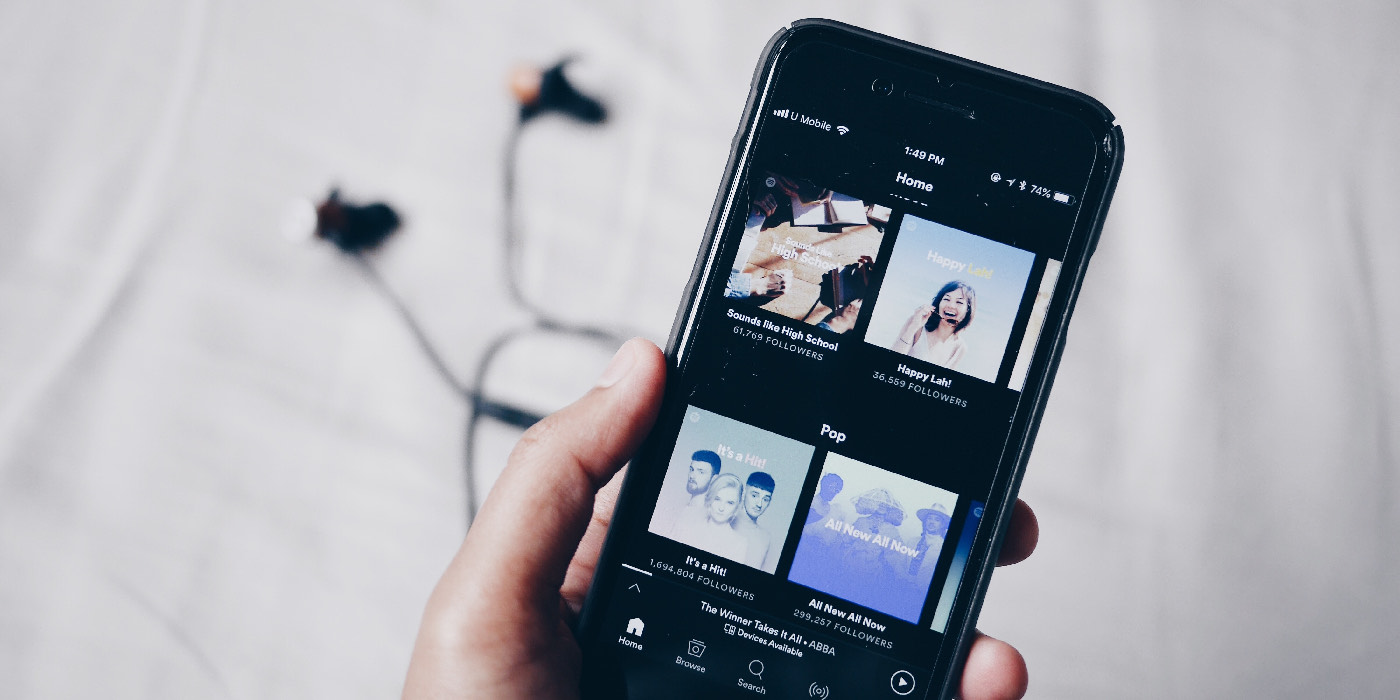 Spotify hasn’t publicly shared how much artists get for streaming music on the platform, but reports show that the streamer dishes out between $.0033-$.0054 per stream. This means a song could have to be streamed three times for an artist to make a single penny. Figures like this are backed up by several independent or struggling musicians using the service.

Sheeran’s “Shape of You” alone earned him $6.5 million thanks to 2.7 billion alleged streams.

In 2020, Business Insider reported that streamers like Spotify use a system known as “pro rata” to work out how much they pay artists, which they said sees “all the money generated from listeners each month is totalled up, then divided proportionally by listening time in order to determine how much each artist on the service should be paid.”

Why does Spotify pay artists so little? 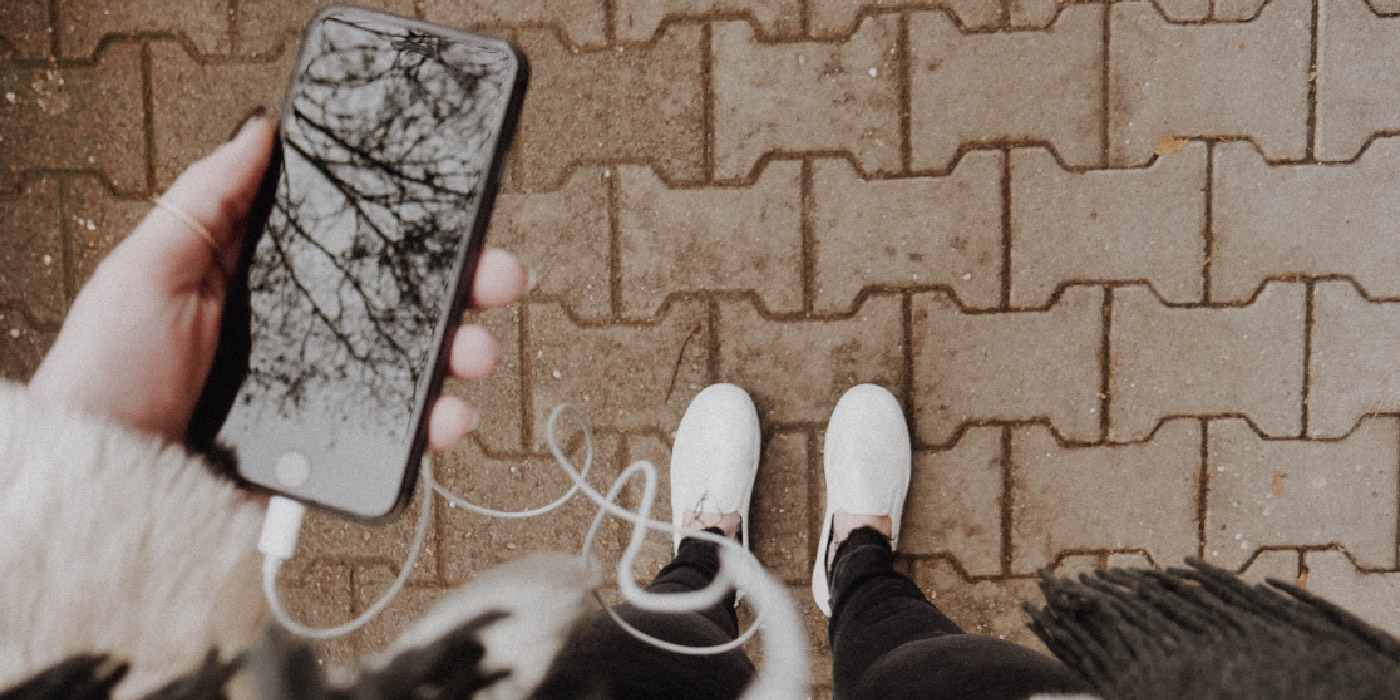 Spotify and every other renown music streaming service pays according to a particular formula. Based on service’s total number of plays, they figure out the percentage of plays representing each artist. That artist then gets that percentage of Spotify’s total revenue minus Spotify’s cut.

“If Calvin Harris receives 1 billion plays out of a total 7 billion plays on Spotify,” Michael C Brook, co-founder of Pitchly writes, “14% of your $9.99 subscription (after Spotify takes 30%) goes to Calvin Harris’ record label regardless of whether you actually played his music or not. This royalty distribution model does not reward artists for the quality of their fan base but instead their quantity of streams. If one lone listener listens to Calvin Harris 1,001 times, Harris will make more money than if 100 fans listened to him 10 times each. If a niche artist has a very loyal following of listeners that generate 10,000 song plays but Drake gets 1.8 billion plays (actual), their royalty share is literally 0.0005% when only put up against Drake.”

The Union of Musicians and Allied Workers have called on Spotify to pay one cent per stream, which could be impossible under their current model. Spotify claims it pays about two-thirds of its revenue to rights holders, and that amount is dependent on how many users and streams the service has at any given moment.

On top of that, Spotify also has a free tier that allows users to listen to music with adverts, reducing the average amount that each listener contributes to residuals. Apple, on the other hand, doesn’t have a free tier, and have used this moment of trust issues to speak out against Spotify and announcing that Apple Music service pays an average of about a penny per stream, counting payments for both recordings and songwriting.

Do podcasters make money on Spotify? 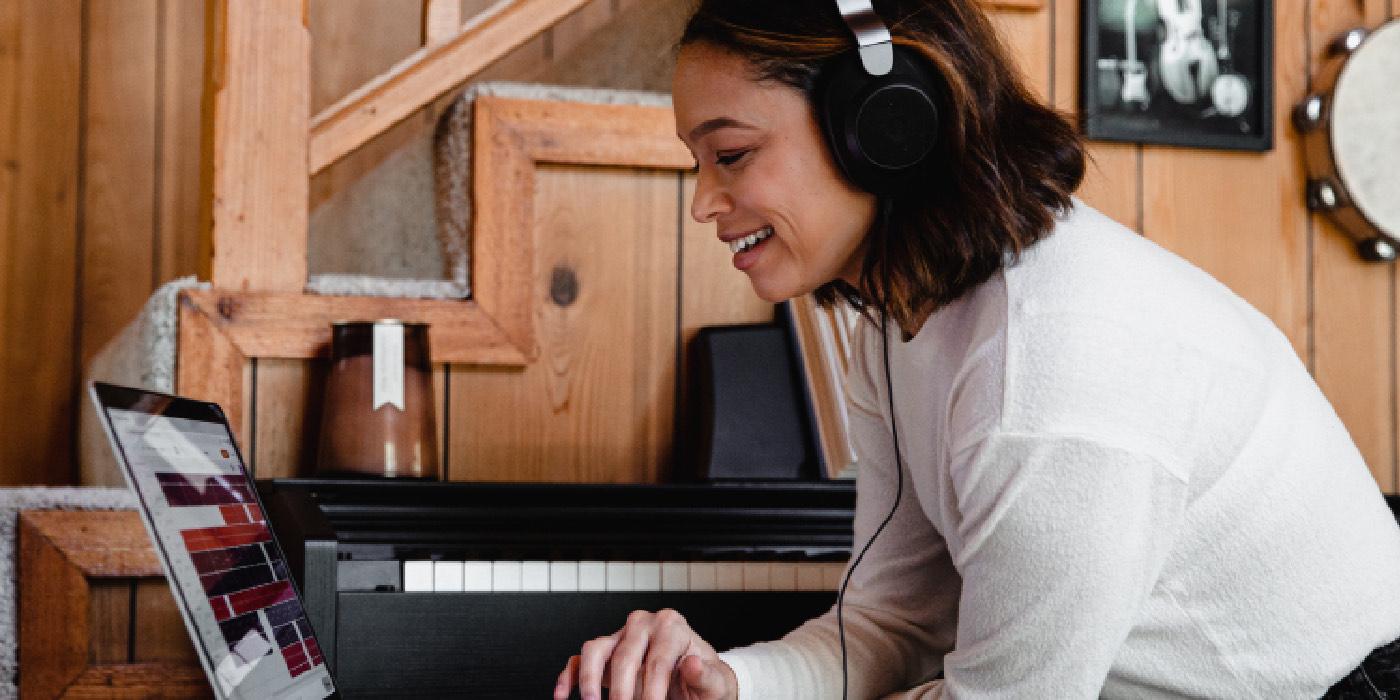 Streaming platforms like Spotify and Apple Podcasts pay out for podcasts as they do music, but the royalties tend to be very low. Podcast sponsorships are a way around this, but for new podcasts, the likelihood of finding a high-paying sponsorship is slim unless you’re an established public figure to begin with.

Traditional sponsorships tend to be out of reach for new podcasters because businesses are less prone to risk investing in a podcast without an established audience, even though many popular podcasts and podcasters started out as nobodies. These days, they’re making a pretty penny for their efforts.

The better option, for established and unestablished podcasters, is Patreon. This is a big hit for monetising podcasts as it allows fans - or “patrons” - to offer support in regular monthly payments. Creators can sort subscription options into different “tiers,” with each tier receiving different benefits. I.e, the more you pay, the more exclusive content you’ll have access too.

Subscription-based models of income are great for indie podcasters as they allow them to create a consistent stream of income while focusing primarily on growing their audience. Red Scare, a New York-based podcast hosted by Anna Khachiyan and Dasha Nekrasova, may be unknown to the majority of the world but its devoted 13,624 Patrons earn the pair over $45,000 a month.

How can Spotify give more royalties to artists? 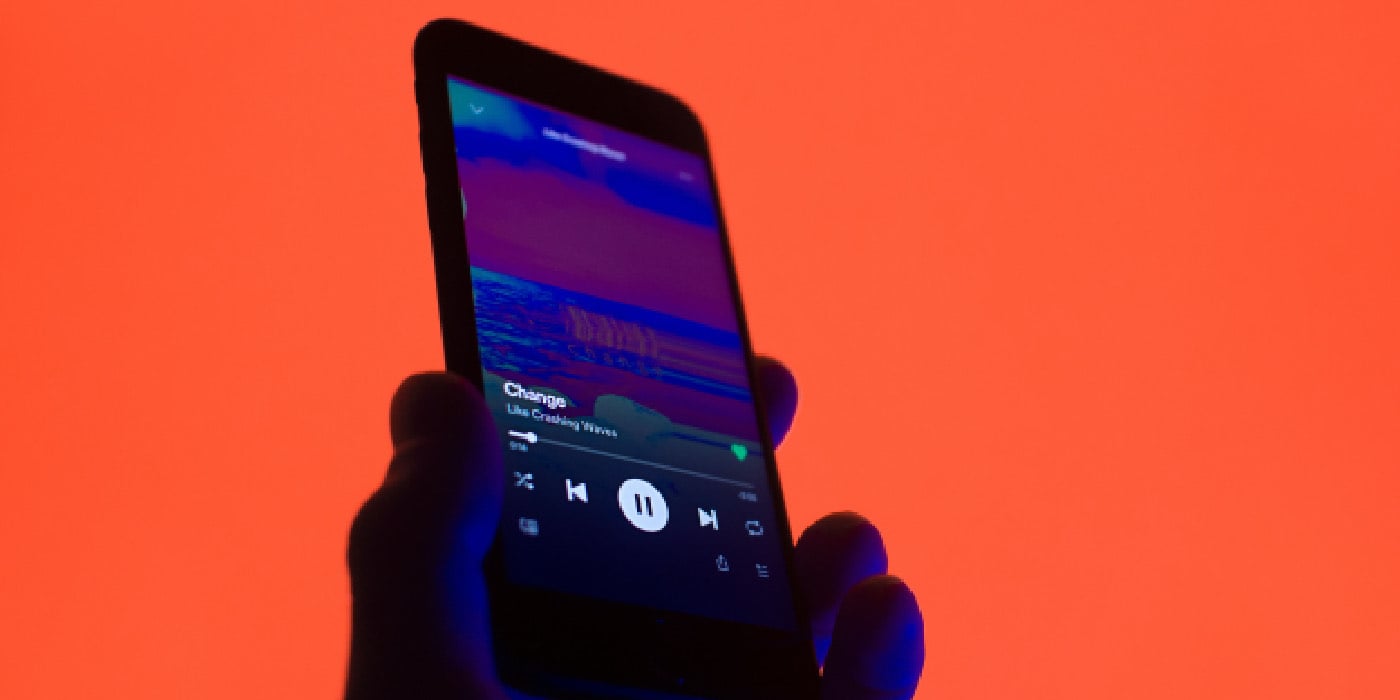 Fixing curation could improve the financial rewards for artists going under the radar. By recommending someone like Drake or Rihanna side by side with upcoming talent, you’re giving a fair opportunity for both to be played and earn money.

Spotify has worked on ways of building more advanced recommendation algorithms. They bought The Echo Nest, one of the major players in the music recommendation engine game, to move things along. They’re the ones responsible for the “Discover Weekly” playlist and “Fresh Finds” playlist you will now find on Spotify. But ultimately, it will take more than this.

As for royalty improvement, Michael C. Brook has some thoughts. “When I listen to a song from an independent niche artist, 80% of my subscription isn’t going to Universal because 80% of everyone else listens to Fergie,” he writes. “If I were to only listen to my favourite niche artist 100% of the time, they would get 100% of my subscription, presuming it’s about $10. This really isn’t a complicated concept, and in fact, many people assume this is how it works already. But it doesn’t.

“Changing to the user-centric royalty distribution model would reward those artists with a loyal following versus just a high play count. But most importantly, it removes the competitive factor in royalty distribution. Indie artists are no longer competing with Fergie, Rihanna, or Justin Timberlake. They are betting on themselves, and other artists can’t drive down the purchase power of a single listener. There is no inflationary effect. Support is again tied directly to the listener, as it would be if you purchased an artist’s music. And it is about the quality of music versus quantity.”