14 Of The Most Hilarious Cat Tweets To Grace The Internet

14 Of The Most Hilarious Cat Tweets To Grace The Internet 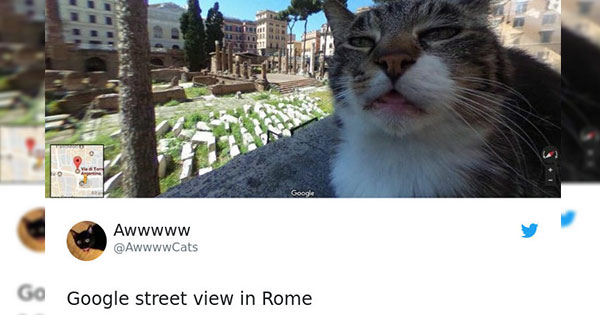 If there is one thing that is just as sassy as me, it’s quite paw-sitively cats.

They’re often grumpy, indifferent and hilarious but then again, that could easily describe us all….

The feline fur balls provide us with all the entertainment we could ever need to get us to the end of the working week.

And if you need some concrete proof, then here are all the funniest cat tweets to ever grace the internet.

Even you dog people will be tickled by these gems! Not sure what the best bit of this tweet is… The sassiness of the cat? The fact that he’s called HAM?

Either way, this cat is far too relatable. All I want to do at the end of the day is go upstairs to bed as well. Fair enough, Ham. We always knew cats were pretty intelligent but it seems they even enjoy keeping up to date with the latest paw-lotics.

Nowadays, this might be the only news source worth reading! Looks pretty trustworthy to me. Cats and humans have always been closely linked, ever since the Ancient Egyptians worshipped cats.

It seems that cats still very much think they’re in charge or at least are plotting their return to power.

These three are definitely up to something shady and the guy who spotted them might be in deep trouble.

#4 The Perfect Example Of An Effective Storage System It’s even more important for your cat to know where to sit so make sure your cabinet is all labelled. A group of cats is actually called a clowder. A male cat is a Tom and a female cat is called a molly or queen.

Meanwhile, a fat cat is just called a fat cat.

This kitty needed a serious talking to by the vet and honestly looks very disappointed in himself. He’s probably trying to pass it off as fluff…

#6 This Can’t Help But Make You Smile Yes, cats come across all moody and indifferent but they are actually hilarious creatures.

Just look at that little tongue. Appears as if from nowhere. Well, she might not have had a cat before but she definitely does now!

The question of how that cat got there will definitely plague me until I figure out the answer. How on earth?! We all know how much animals hate going to the vet but it seems that this poor guy has had a pretty rough time of it all.

If a cat purrs, we tend to think it’s a noise of affection. Actually, did you know that they also make that sound when they’re sick, injured or stressed? Worth keeping in mind!

#9 This Cat Doesn’t Look Ready To Be A Mom I didn’t know it was possible for a cat to have such human emotions! She looks entirely shocked by the sonogram of her kittens.

From the expression, maybe it was an ImmaculCAT conception…

Always give your pets the safe sex talk. This is not a cat to be messed with. As if cats need to have any more power over humans….

The glow is paw-sitively mesmerising.

#11 Silly Or Incredibly Smart? You Decide. Why bother drinking from the bowl like a peasant when you can enjoy some fresh, cool water from the refrigerator? Fair play, kitty.

#12 When You Have To Pay Off Your Mortgage ‘I swear, the car just came out of nowhere!’

Have you ever seen a more dramatic cat in your life?

#13 Batman’s Identity Has Been Revealed… After all these years of batman covering up his identity, all it took was one tweet for the truth to come out! One person having a little look around Rome on Google Street View certainly got more than they bargained for with this gem!

So it’s settled then. Cats are the most hilarious on the planet. These pics certainly brightened my day up!