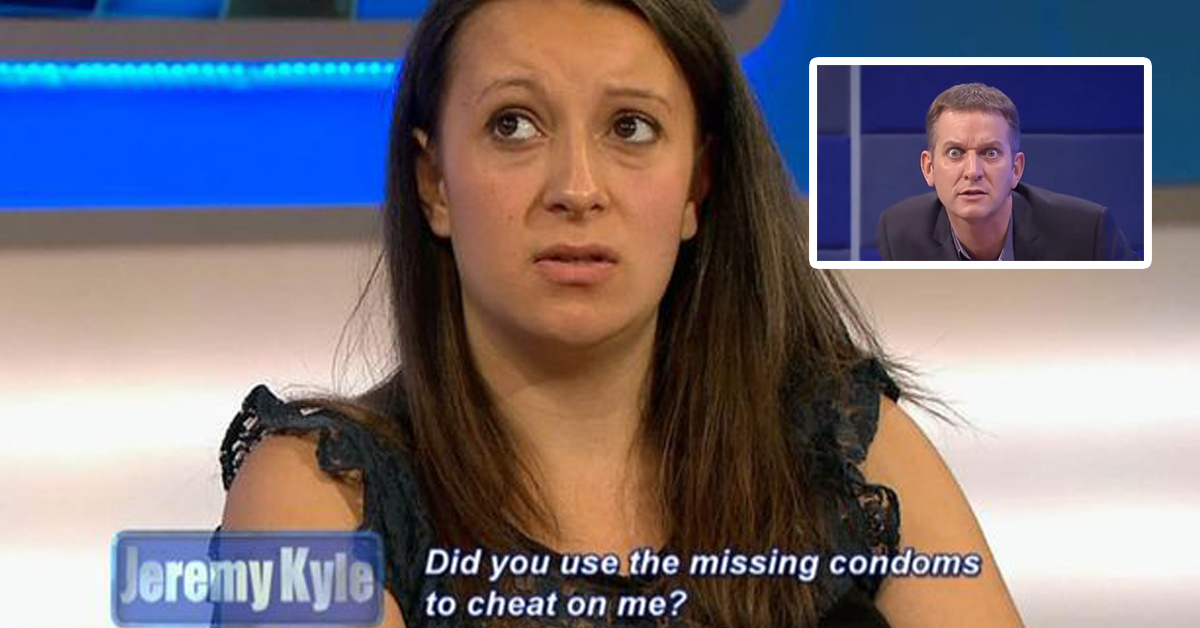 The Jeremy Kyle show is known for it’s fair share of unusual stories, but this one’s a real teaser.

Seemingly paranoid girlfriend Kim appeared on the show because she believed boyfriend Phil was cheating on her. How did she know? Several from her stash of condoms have been magically disappearing.

Jezza could barely keep a straight face when asking if this is all she had to go on, and whether she actually kept up with the number in her condom stockpile.

“I count the condoms,” she admitted. “I know I shouldn’t but.. trust issues.” However, it soon turned out this was no laughing matter, after Kim also admitted she had found evidence on her partner’s Facebook account. Trusting her ‘gut feeling’, she had searched his profile: “There was also websites on Facebook” she claimed.

Sneaky behaviour on her part? Perhaps. But as Kim has been cheated on before she wanted to be sure it wasn’t happening again.

Phil then went on to confess that he had chatted to two girls while on a night out with his sister, but that his drink had been spiked and he couldnt remember anything from then on. Unfortunately for Phil, his sister could and gave a statement claiming he had cheated on Kim, apparently kissing both girls before leaving with one of them, and that he’d seemed sober the whole time.

This was the final straw for Kim: “Even your sister is telling me the truth. I’m done. It’s done.” Despite still insisting he had no recollection of the events, he also went on to fail the lie detector test. Jeremy then showed his support for Kim, saying “She doesn’t need you. She is stronger than you in her little toenail. You’re a liar.”