The Results Are In: These Are The 10 Best Places To Live In The US

The Results Are In: These Are The 10 Best Places To Live In The US 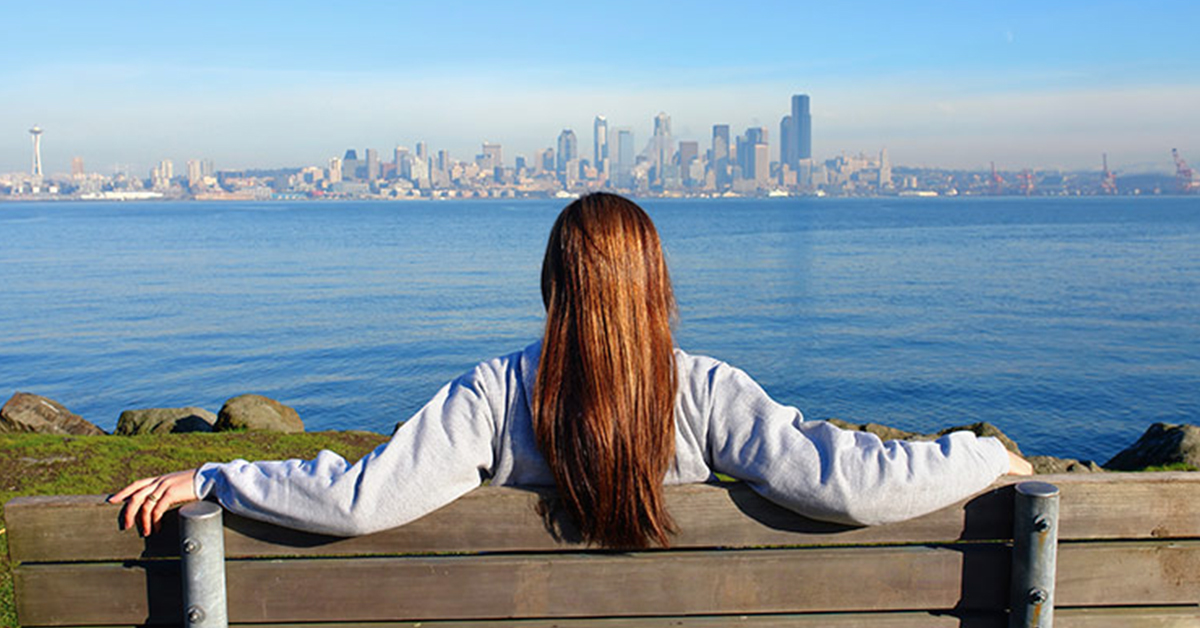 Some of these may surprise you…

The home of the free and the land of the brave is pretty freakin’ big right? You could fit the UK into America 40 times and still have room to spare. It’s only when you read things like that, that you start to realise just how vast this country really is. So it’s fair to say there’s plenty of variation when it comes to looking for somewhere to live.

Buying a home is stressful enough just simply trying to find a good neighbourhood with good schools and a high life expectancy, let alone when you take everything else into account.

But, just think, if you were given a set budget and the opportunity to move anywhere in the states and start afresh based purely on where seems most appealing… Where would you pick?

Now, obviously there has to be some sort of metric to be able to rank these… otherwise it’s just random guessing. So we’ve taken into account the job market, cost value, quality of life, desirability and net migration.

Scroll down to find out the best places to live in the US! Yep, at number 10 we start with a city that is quite literally built on top of another city (after the fire of 1889). Geographically, Seattle is positioned between water and mountains but despite that, doesn’t get as much rain as you’d think… apparently.

The area is known for possessing an atmosphere of calm and patience (something I could do with a little more of), a strong average salary ($61,170) and a good quality of life. Aside from this, it’s surrounded by nature so if you’re into that kind of thing, get yourself down to Seattle.

It’s the largest city in the state of Washington and frankly, it’s pretty spectacular to look at when you capture the mountainous backdrop just right. Well done, Seattle, you made it into the top 10! Next… Could it be the open and approachable feel of the place? Or perhaps the big attractions such as the fine-art museums and sports stadiums? The area experiences dramatically different seasons with ice-cold winters and warm, bbq-suited weather in the summer. Remember, none of these places have made it into the top ten without earning a strong ranking in terms of quality of life. Plus, a local rivalry is always entertaining and these two cities have been competing for years! Ah, the country’s capital. Home to our leaders and home to the pearly white… white house. Whilst there are the obvious benefits to living in such an area (tourist attractions, monuments etc.), there’s also a strong job market. Which is crucial for an area to thrive and for its residents to feel safe and happy.

The district of Columbia actually boasts six of the top ten buildings in the ‘American Institute of Architects’ 2007 ranking of ‘America’s Favourite Architecture’ (now there’s a mouthful!) and the architecture within the area varies a huge amount. Meaning there’s some pretty spectacular buildings to see. Washington is far more than just a hub for politics! A bit of late-bloomer this one. If you’re from Huntsville, you’ll know exactly what I mean. The city is nicknamed ‘The Rocket City’, which is so freakin’ awesome that just the name alone could put it on this list. I mean there aren’t many better nicknames going really. But in all seriousness, the city was once a sleepy little town until it became a hub for NASA.

Nowadays, the area is now known for being a majorly important technological focal point within the US and more than 25 biotechnology firms have developed in Huntsville due to the Huntsville Biotech Initiative. The city is developing all the time and new shopping and dining experiences are emerging continuously. It’s the fastest-growing city in the state of Alabama so watch this space. Huntsville, I salute you.

(Just watch out for the heat!) Portland has built up a kind of ‘kooky’ reputation over the years, but it’s much more than its slogan “keep Portland Weird” suggests it is. It’s surrounding scenery is nothing short of incredible. For example, it takes as little as 20 minutes to get from the middle of the busy city centre out to the Columbia River Gorge National Scenic Area where there’s all sorts. We’re talking waterfalls, hiking opportunities galore and so on. Plus, it’s not just the natural landscape that puts Portland on this prestigious list. There’s an annual job growth rate of 2.9% per year and major companies have set up their headquarters in the area (Nike, Intel etc.). The average annual salary’s not bad either ($53,960). You’ve also got the growing distillery row, which is… well I’m sure you can guess. The culmination of these distilleries are raising the profile of the cities ability to become self-sufficient in the alcohol industry. And when there’s so much locally sourced gin, vodka, rum (etc) to take advantage of, why not? Portland’s continuously developing and is well worth a visit. Told you there’d be some surprises, unless of course you live in Fayetteville. In which case you’ll already know that it’s pretty awesome. The area can call itself home to seven Fortune 500 companies which include Tyson Foods and Walmart.

An emerging pattern on this list is the high rate of development and growth within these areas and when it comes to this place, it’s immense. People don’t just flock somewhere for no reason right? The beautiful campus of the University of Arkansas is here which serves as a big lure to young aspiring academics. Plus, there’s also a sporting appeal with the University’s sports team the ‘Razorbacks’ and the continued success of its track teams nationally. The area is diverse and welcoming and deserves its position on this list as one of the best places to live in America right now. Often referred to as ‘the biggest small town you’ll ever visit’, Des Moines is growing in popularity due to the level-headed and accepting nature of the people that live there. For example, the region is extremely open and friendly for LGBT lifestyles. People make the place right? And the area is seen as one of the best kept secrets of the US currently.

Millennials and young families see it as ideal due to the homely feel, not to mention the array of niche restaurants and trendy drinking spots. Plus, there are over 80 insurance companies based there, including some really, really big ones (Allied Insurance etc.). So, if you fancy a job in insurance then there’s always that too. Now we’re on to the serious business: the top 3. So, what makes them worthy? Well, with Denver something that is definitely worth mentioning is that in 2014, it was reported to have a life expectancy of 80.02 years. Which, compared to the country average (78.74) is a nice bonus!

The mile high city is based just east of the front range of the Rocky Mountains, so straight away you know it’s going to have a pretty freakin’ spectacular backdrop… Just look at it!

The city is diverse and interesting to say the least! Plus, there’s snowboarding and skiing just an hour away. Another thing worth mentioning is that back in 2012, Colorado legalized marijuana, so if that’s your thing you’re in luck too. Despite an assortment of negative reviews in the past due to some people seeing the area as being on the wrong side of certain modern social and religious dilemmas, the area is currently ‘booming’. (Remember, we’re just looking at the area for it’s appeal as a place to live based on quality of life predominantly). The city is a stones throw from Denver which we’ve already found out, is pretty great.

The area drives modernisation (just look at Tesla), and homes are popping up everywhere. As well as this, there are high quality schools, parks and other various cultural attractions. Plus, not many cities can boast that one of their ordinary municipal parks is a world-class tourist attraction (Garden of the Gods Park). It ranks extremely highly for quality of life, value and is beginning to change the nay-sayers opinions. A controversial addition perhaps…

Well, well, well… Austin you’ve done yourself proud. The capital of Texas is a progressive city with a large university that places high in the rankings in a number of categories. The area is known for great food, an exploding art and music scene, a family-friendly vibe, beautiful scenery as well as a booming economy. The city is often referred to as ‘Silicon Hills  2.0’ and is a top area for venture capital investment and start up entrepreneurs. Roughly 2 million call this place home and it’s easy to see why. The average annual salary sits at $50,830 and the cities quality of life score is excellent. Just watch out for the heat, it can get pretty stifling during those summer months!

What did you make of the list? Agree or completely disagree? There’s a lot that goes into making somewhere an enjoyable place to live and the chances are, there’s a lot of people out there that’ll disagree on what those things actually are.

If you think you know somewhere better to live, let me know in the comments Acidheads!