The secret behind how social media influences us 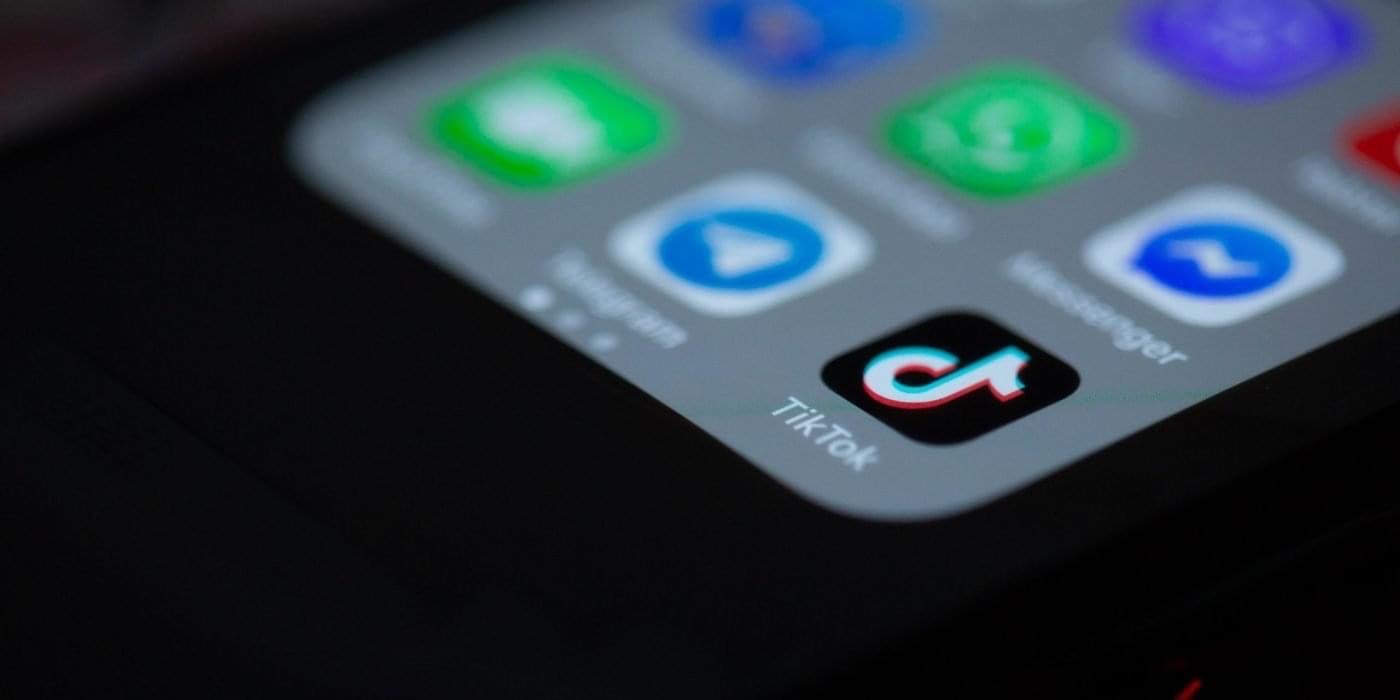 Social media usage has reached heights nobody could have guessed around the time of its boom in the early aughts. In 2005, just 5% of adults in the United States reported using a social media platform. That number is currently around 70%.

Naturally, this has had both positive and negative effects on society at large. And it has also - as Facebook became Twitter, Twitter became Instagram, Instagram became TikTok and so on - raised interest and concern among politicians, teachers, parents and those within the industry about social media’s impact and influence on our lives mental well-being.

Research is admittedly in its early years, just as social media is, meaning not too much is known about the long-term effects. However, what we do now is that social media can make us feel equally happy and sad, satisfied and frustrated, confident and insecure.

Below we delve into the “influence” bit. How does that play out on the public, the consumer? Are we being influenced into seeing or reading about good things?

Is the influence of social media good? 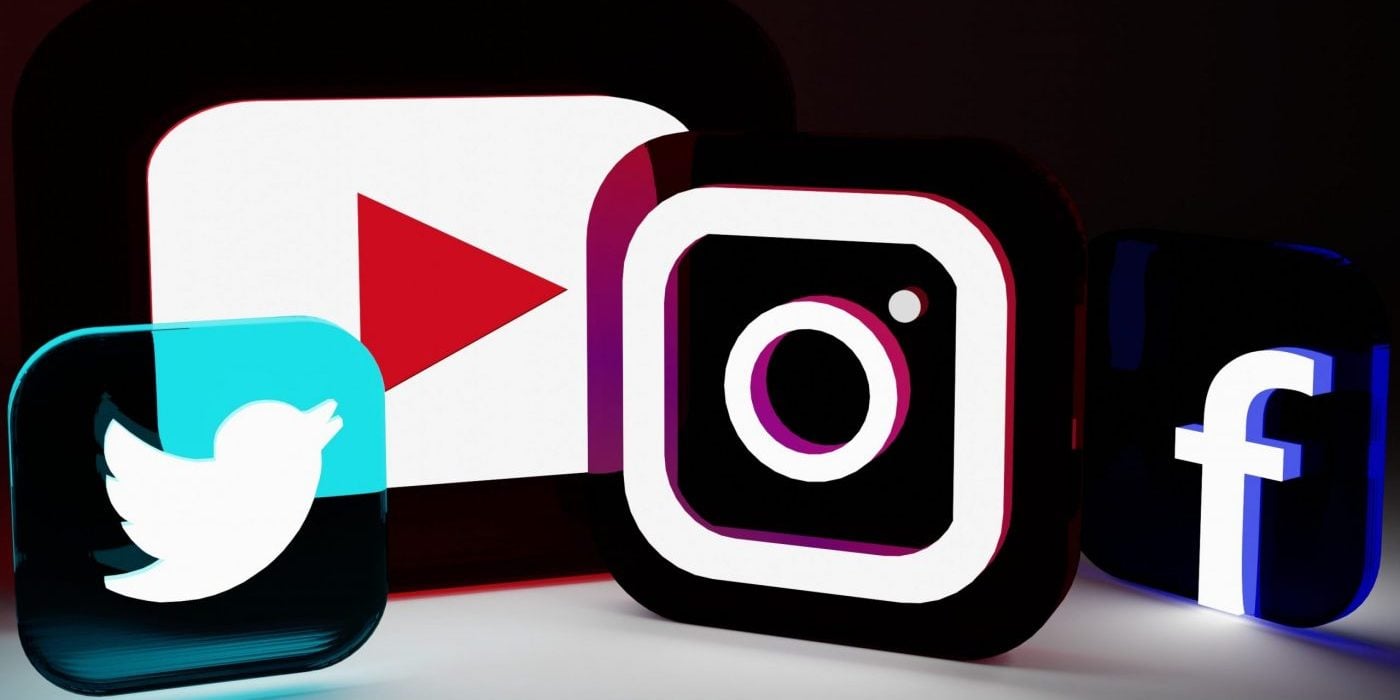 Social media gets a bad rep, and for good reason. But while it can be a toxic and harmful environment for many, it’s also good for you in lots of ways. Social media enables you to communicate and stay in touch with friends and family. It allows you to follow or support causes that you may not have known about otherwise. For those with social anxiety, it can be a life saver.

On social media, you can share knowledge with others or learn from them. Since these platforms are constantly evolving, it’s a guarantee that most of the information you’ll see is relevant and recent. Though be wary of your sources, and whether is cited source is legitimate and not a parody publication (boomers, we’re looking at you), not everything you see on the internet is true. An obvious statement but one that needs emphasising.

Social media facilitates sharing of knowledge worldwide, creating opportunities for everybody, no matter where you are in the world, to be educated on the topics you really care about. This extends to perhaps one of the biggest benefits of social media: free learning.

Social media users can learn a lot from other, more educated or experienced figures online who are happy to enlighten audiences with their area of knowledge. This could economics, science, language. Go on YouTube right now and you’ll find pages and pages of Spanish, French and Italian lessons to name a few. Using social media for these means is an excellent way to stay happy and feel productive, instead of doom-scrolling to no end and feeling lousy.

Is the influence of social media bad? 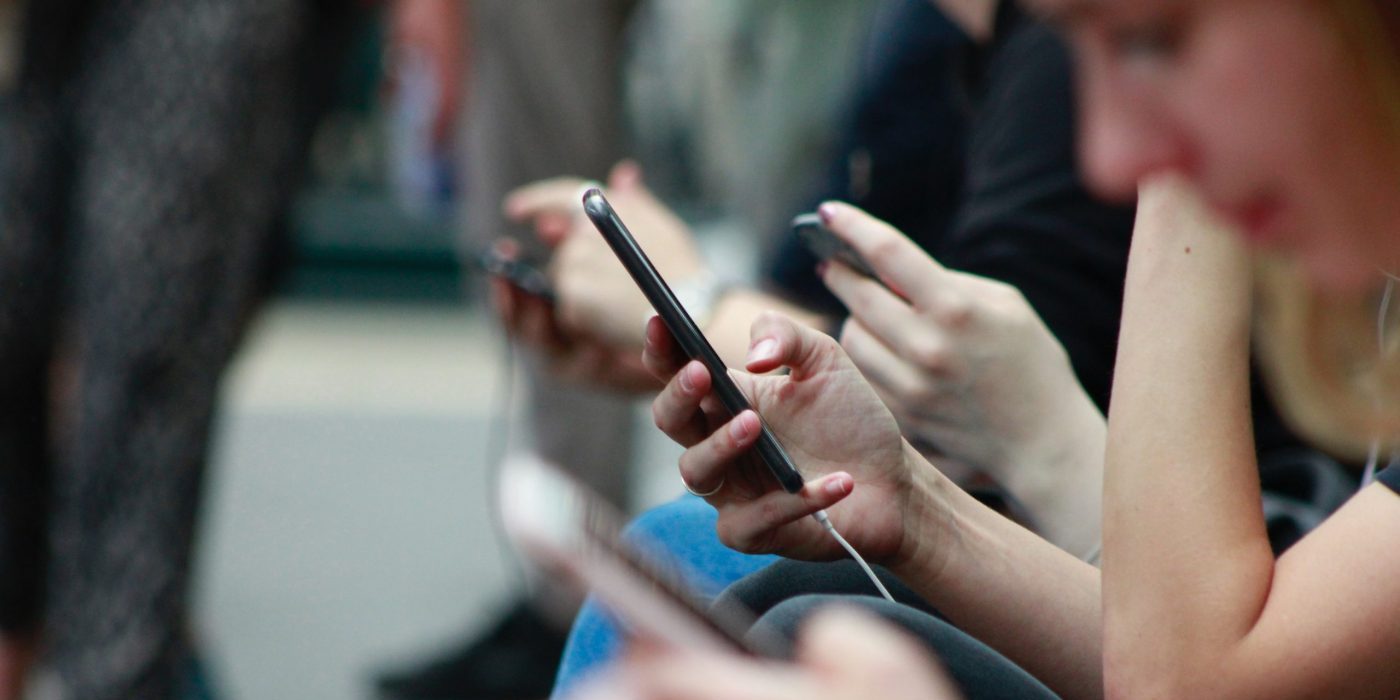 Although the likes of Facebook and Instagram have many important benefits as well as being important for relationship-building for many young people, they can also serve as platforms for bullying, exclusion, unrealistic body expectations and normalisation of dangerous behaviour.

Young people can be especially vulnerable targets on social media. Because their brains are still developing, their identities are also developing. What they’re exposed to on social media can define what’s expected in ways that are destructive and inaccurate, stunting your identity development and self-image. Social media can also trigger the desire for risk-taking in young people by showing them dangerous content or challenges on their feeds. In the past, mimicry of this sort has been known to be often lethal.

Those who are vulnerable to developing an eating disorder may be affected negatively by social media. It allows them to compare their appearance to that of their friends, celebrities, or even older images of themselves. Research has shown that how much someone engages with photo-related activities like sharing photos on Facebook and Instagram is associated less with body acceptance and more with obsession over appearance.

For women, the longer they spend on social media directly relates to how much they become convinced that certain body types are ideal, are driven to become that body type, or overly criticise their own body. If a girl is vulnerable to an eating disorder, they may be particularly attracted to seeking dishonest if not harmful information, which has never been easier to find on social media. 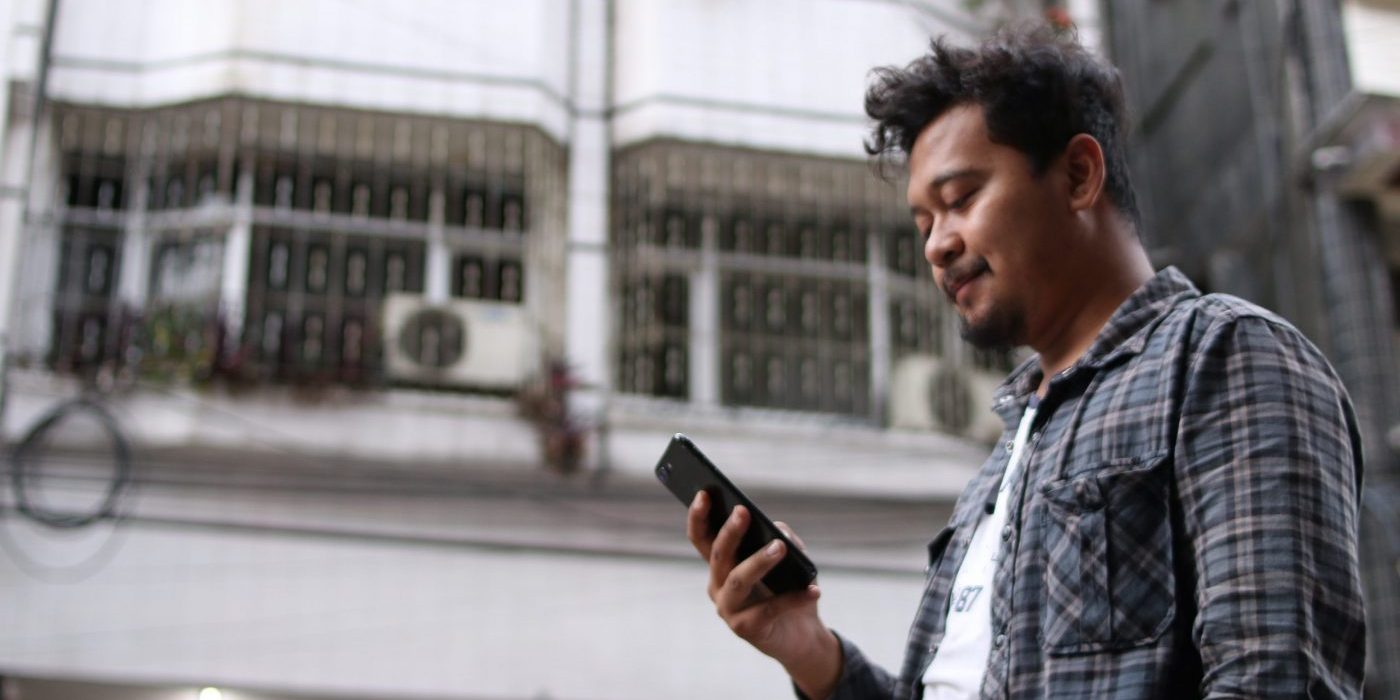 Behaviours like pointlessly scrolling through TikTok or Instagram while watching a movie are linked to difficulties in remembering things and having interrupted attention spans. Research from Stanford University in California has suggested that these behaviours may affect our episodic memory.

They compared people’s self-reported levels of media multitasking alongside their scores in memory tasks in participants aged 18 to 26. Episodic memory is what humans use to conjure events that happen in our day-to-day lives. Alongside semantic memory, which is more conceptual (the definition of a dog for example), it plays a vital part in our mental health in our everyday lives.

Researchers then presented volunteers with images of objects on a computer, and asked them later to relay correctly if they’d seen said specific objects earlier. To monitor when their attention started to sway, eye-tracking technology and EEG tests were used.

Led by Professor Kevin Madore, the study indicated a direct correlation between multitasking and impeded episodic memory according to test scoring. “Our data supports the idea that we should be aware of how we engage with media. I think conscious awareness of attentiveness and limiting potential distractions can go a long way in memory preparedness and reducing mind wandering or mind blanking,” he said in a statement. “Resisting media multitasking during school lectures or work zooms, or limiting media multitasking to set times, could be valuable. Media multitasking is becoming more prominent. We don’t actually know anything about the effects yet.”

What is the impact of social media on young people? 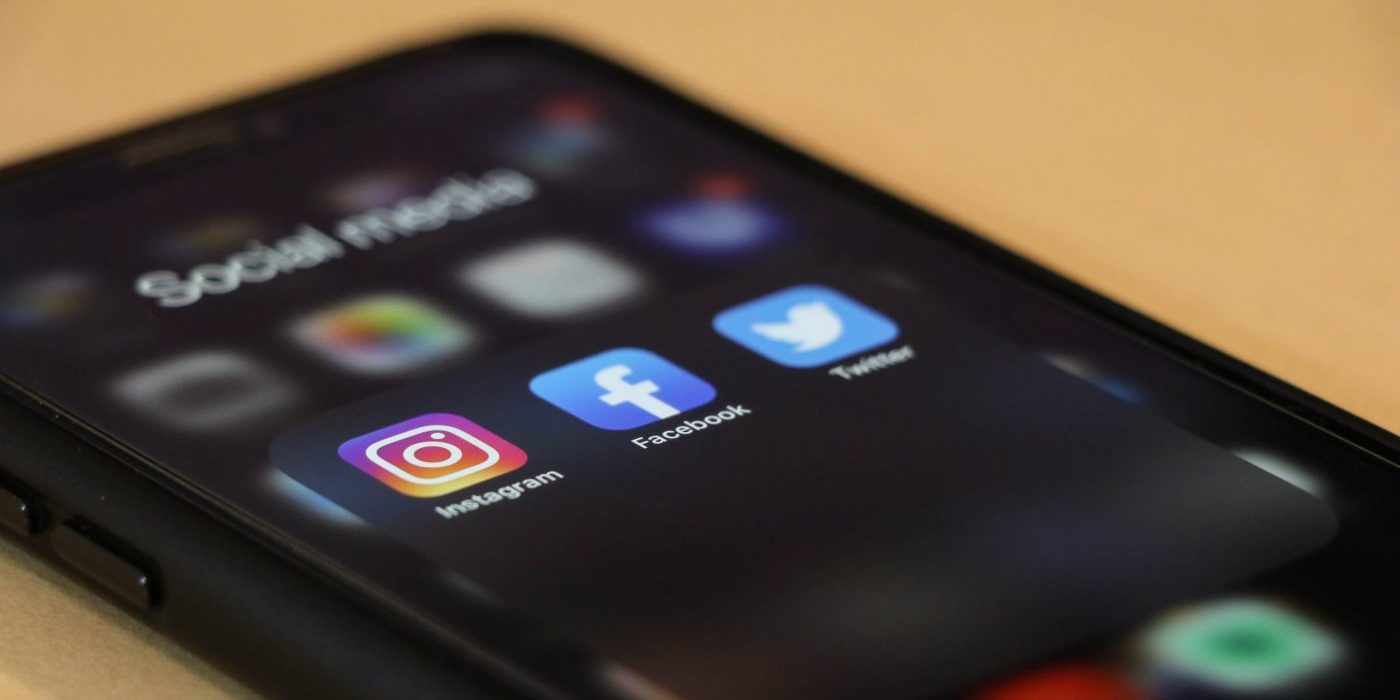 Social media can connect young people like nothing else, introducing them to communities and events that speak to them specifically. It can also negatively affect them, disrupting their sleep, exposing them to bullying and unrealistic ideals of living and appearance. It depends a lot on what you’re using it for, and how much.

And an older study on social media’s impact on undergraduate college students showed that the longer they used Facebook, the stronger their belief that others were happier was. Thanks to the impulsive nature of teenagers, experts suggest that those who post content on social media are at risk of sharing intimate photos. This can obviously result in said teenagers being harassed, bullied, or possibly blackmailed.

Should we quit social media? 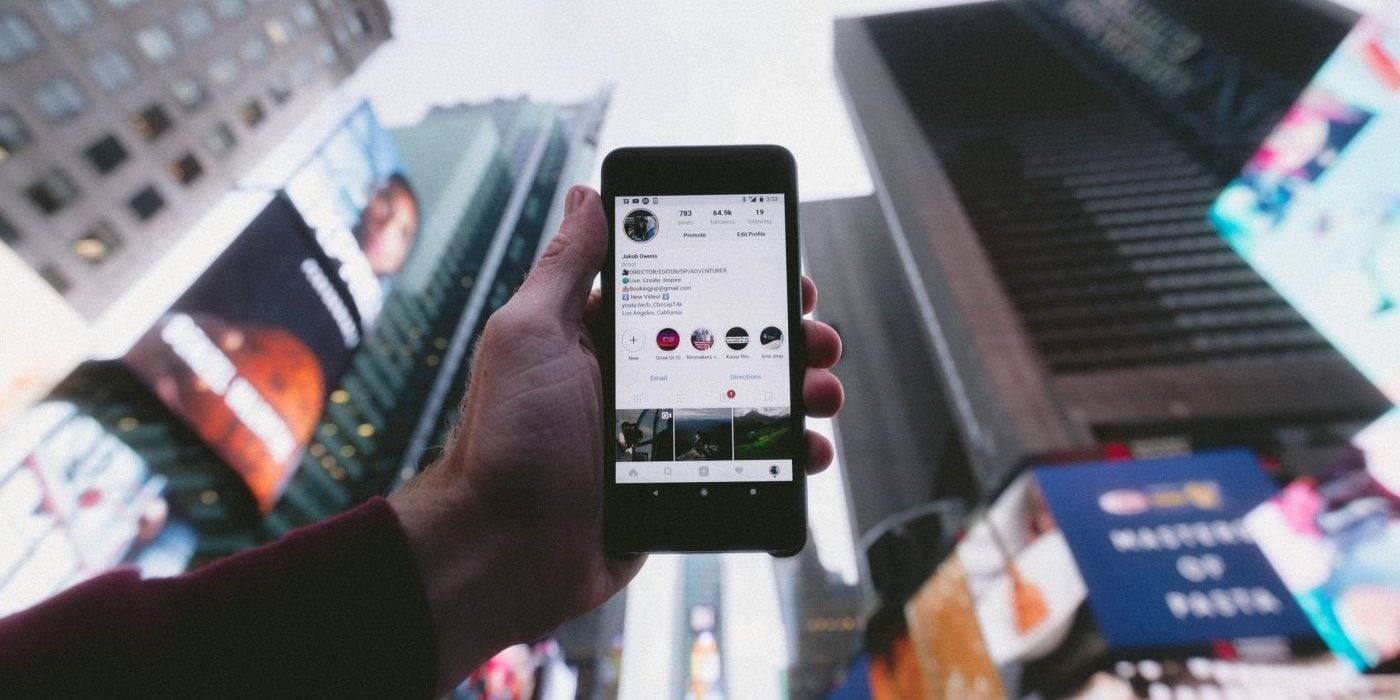 If you feel as though you’re getting nothing out of being on social media and it’s blatantly affecting your daily life, then quitting (even for a few weeks) may be the best option. Through quitting you can improve your attention span, your mental health, and even your posture.

Social media and screen time usage, specifically the blue light from our devices, affects our sleep. What’s more, people who check their social media feeds frequently often have greater sleep disturbances. Go ahead and close the computer, put the phone down, and log out. Turn on your phone’s “do not disturb” setting each night if you’re really serious.

Another benefit of quitting social media is decreasing your levels of anxiety and depression. Did you know the amount of time you spend on these sites is directly related to whether or not you feel stressed out or happy? “Quitting social media can let you enjoy the things you have and feel grateful for these instead of focusing on what you don’t have,” Erika Martinez, a licensed psychologist in Miami, says. Cortisol production also tends to decrease, leaving you calmer and more focused.

OK, but what about the connection I have? How is cutting myself off from the people closest to me going to help clear my head? Erika has more answers. “By leaving social media, one is less likely to compare oneself to others or want the next latest trendy product,” she explains. “One is less likely to get FOMO anxiety, too, and leaving social media will allow you to cultivate better relationships with the people around you. It can also let you enjoy the things you have and instead of focusing on what you don’t.” This boosts your confidence and overall sense of well-being.