The Top Fiction Podcasts Of 2022 So Far 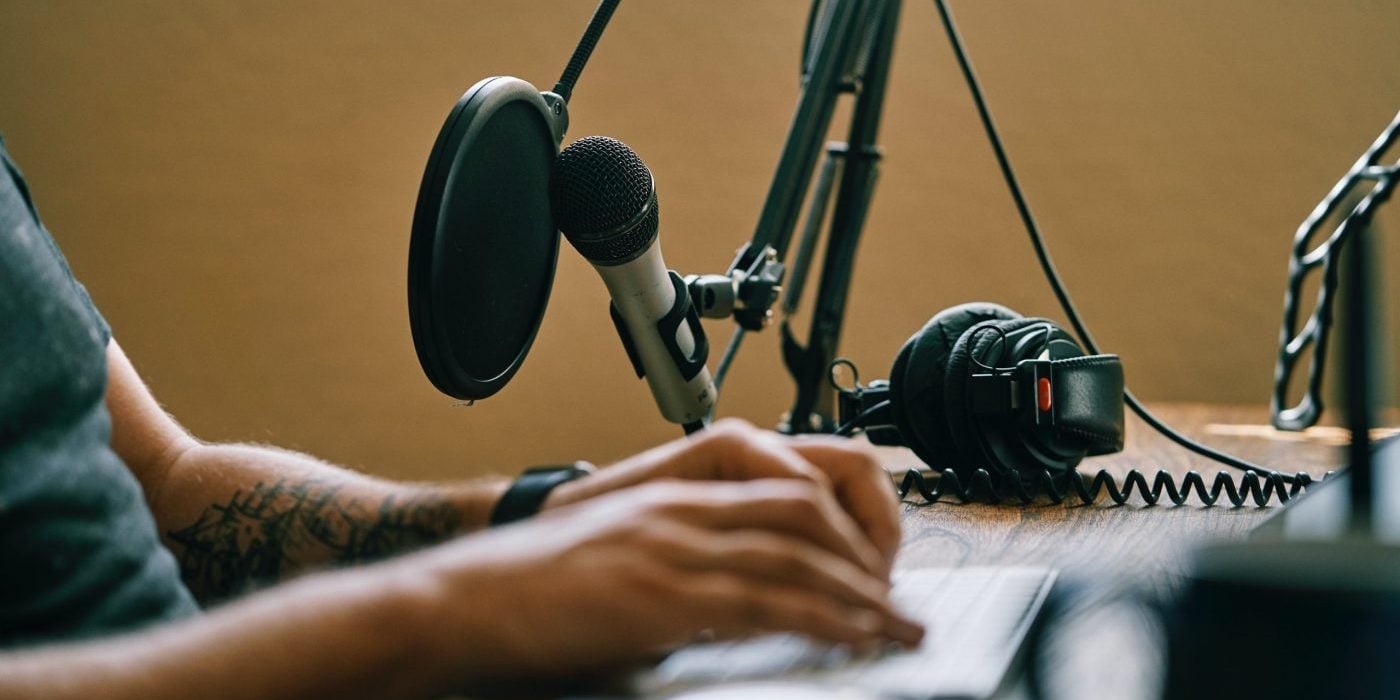 Audio dramas are nothing new. They’ve been around as long as radio. But fiction podcasts? A whole other beast. Episodic storytelling has never had as good as it does in this golden age of podcasting. In 2014, when investigative journalism podcast Serial debuted, it ignited a global interest in true crime that spawned countless mimics, off-shoots and documentaries. Since then, people have applied elements of fiction to the medium, opening up a world unto its own.

Fiction podcasts are not restricted in what they can achieve compared to other mediums. They eliminate the costly production of a TV show or film, allowing creativity to thrive. Some of the most fiction podcasts that have benefited from this include Welcome to Night Vale, Limetown, The Oyster and From Now.

Humans are hard-wired to enjoy storytelling. Before TV, films, and plays, we were told tales through speech alone. It’s no surprise then that fiction podcasts are successful as they are.

We’ve compiled a list of ten fiction podcasts that you should definitely check out. They vary in length and subject matter - from rom-com to science fiction - so there’s something here for everyone. Think about these the next time you have a spare hour and are thinking about aimlessly scrolling social media. Any one of them will be far more fulfilling. 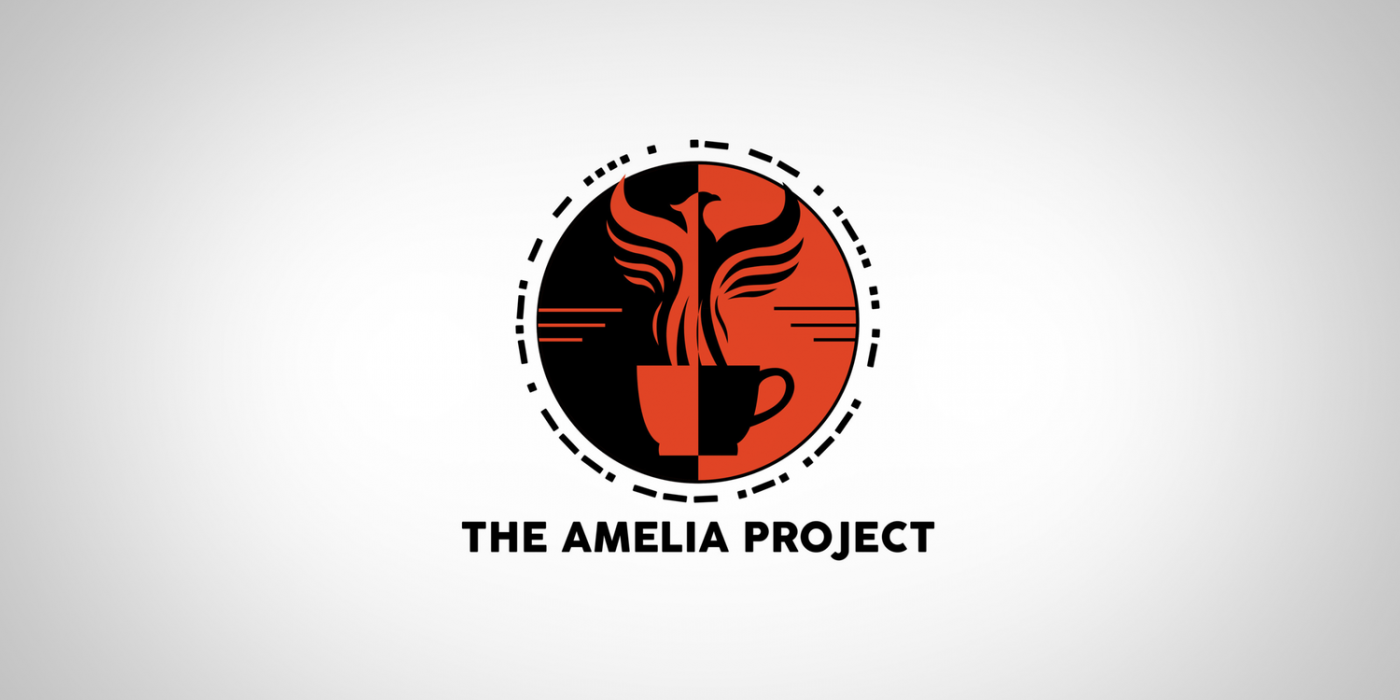 The Amelia Project is a pitch black British comedy that focuses on a secret agency that specialises in helping it’s ultra-rich clients fake their own deaths to start new lives elsewhere.

Each episode follows the case of a different, eccentric, posho who is looking to draw an end to his current image and identity and start afresh, often for ludicrous and alarming reasons. The Amelia Project is available on Spotify and Apple Podcasts. Well worth your time. 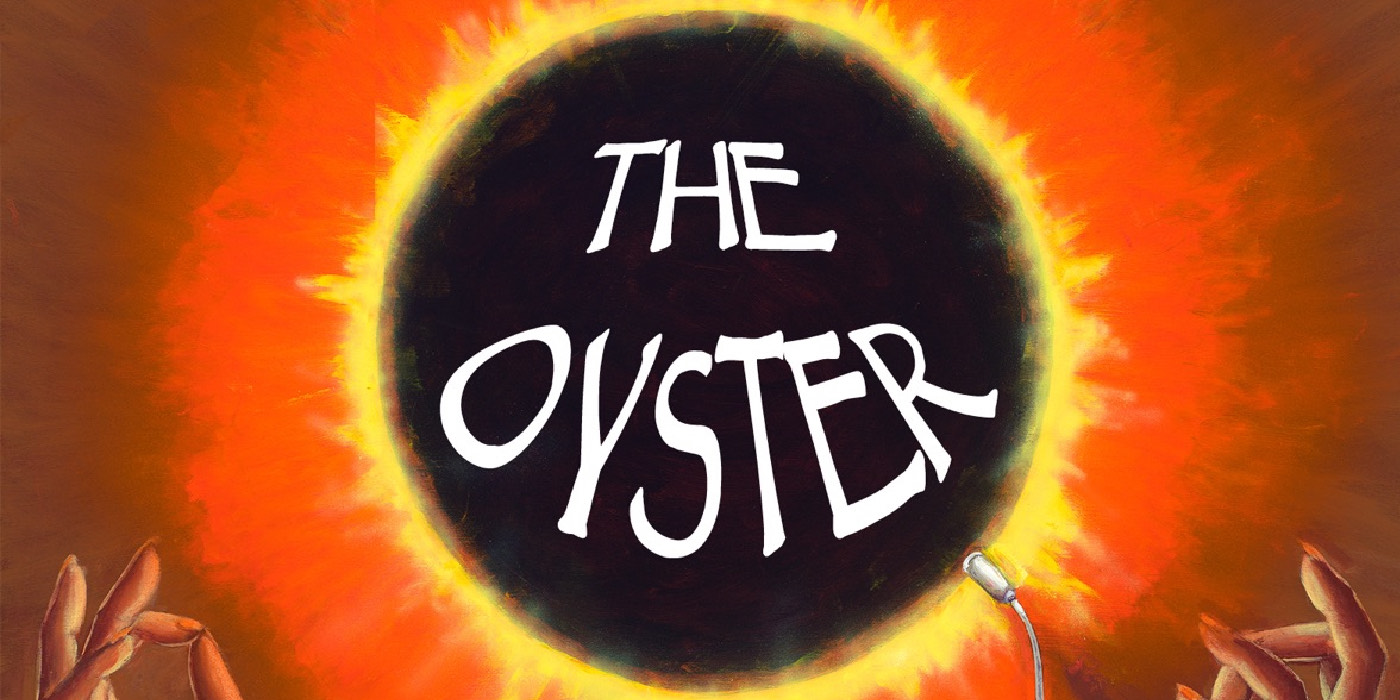 This pure dystopian podcast transports you to the near future, where the climate crisis has made the planet unliveable - a story a bit close to home for us here in 2022. The Oyster touches on the effect such an outcome has on race and mental health. Thanks to the acting talents of Logan Browning, Giancarlo Esposito, and Constance Zimmer, as well as a vast and impressive array of sound effects, this podcast brings to life some of our worst fears.

That being said, it’s entertainment first and foremost, so fear not. There are seven episodes, each around 40 minutes long. A perfect length for a commute, a trip to the gym or just winding down in the house and passing the time on a slow Sunday. 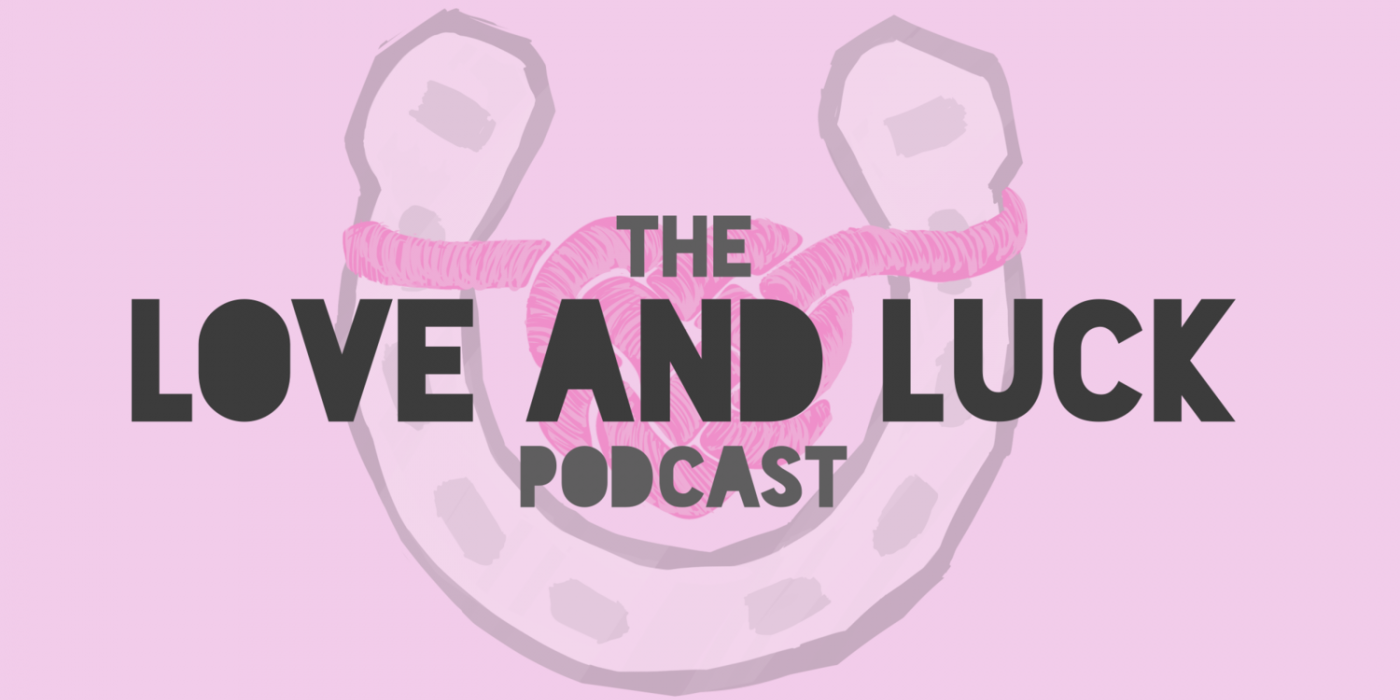 This one goes out to all the romantics out there. Love and Luck follows two men in Australia who fall hard for each other after meeting on a blind date. The entire story is told through voicemails that the two leave each other, enhancing the role of the listener to partaker. It makes you feel as if these are real people in your life. That you have a say. You’ll be wanting to chime in anytime Jason nervously rambles.

Love and Luck is an unashamedly optimistic and feel-good romantic comedy in podcast form. Jason and Kane have an open, trustworthy relationship that audiences are sure to become jealous of. With season one’s episodes coming in at 10 minutes long, there are no excuses you can give for dodging this one. 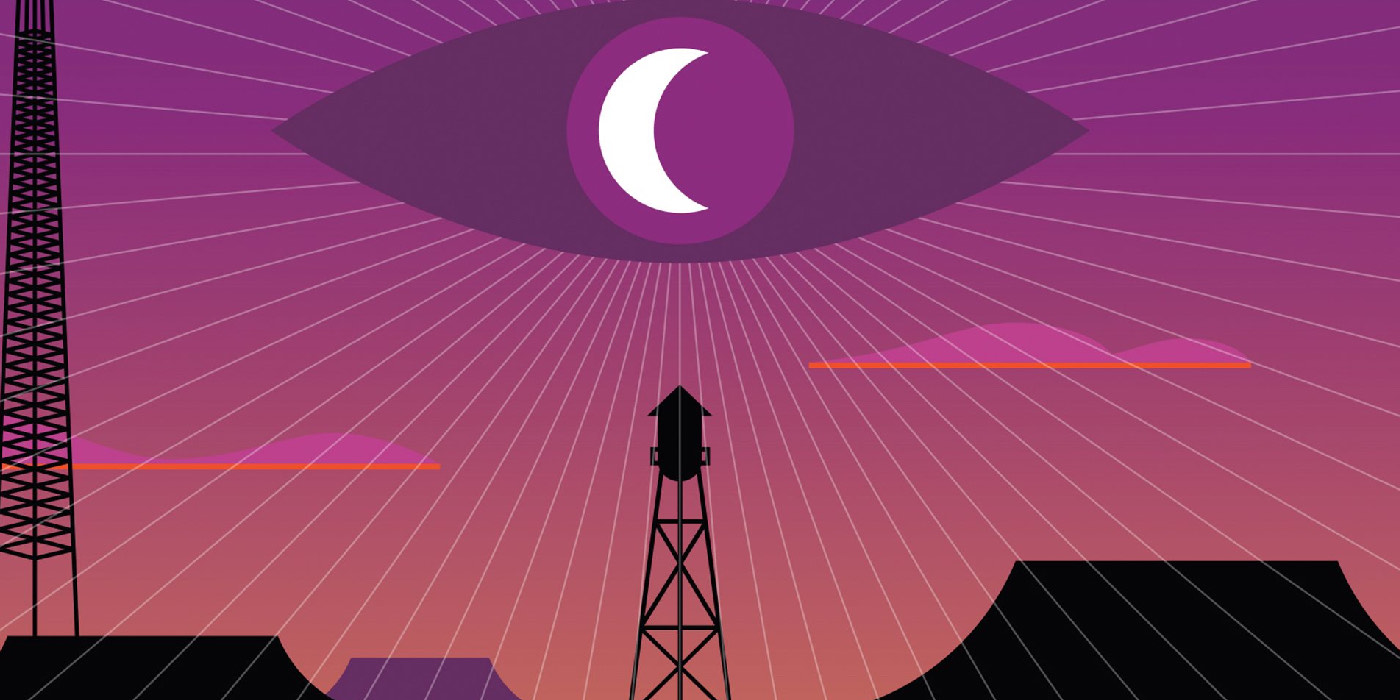 Night Vale is a small desert town where every conspiracy theory is true. And through Welcome to Night Vale, you’ll receive twice-monthly community updates. This is a podcast where being up to date isn’t entirely vital. You can dip into this series at any time and be enthralled with the ghost stories and urban legends of this sleepy town.

Cecil Gershwin Palmer, the host, main character, and narrator, is voiced by Cecil Baldwin, while secondary characters are sometimes voiced by guest stars or recurring actors. These include Dylan Marron as Carlos. The podcast typically airs on the first and fifteenth of every month. In an interview with NPR, co-creator of Welcome to Night Vale Joseph Fink said that he “came up with this idea of a town in that desert where all conspiracy theories were real, and we would just go from there with that understood.” 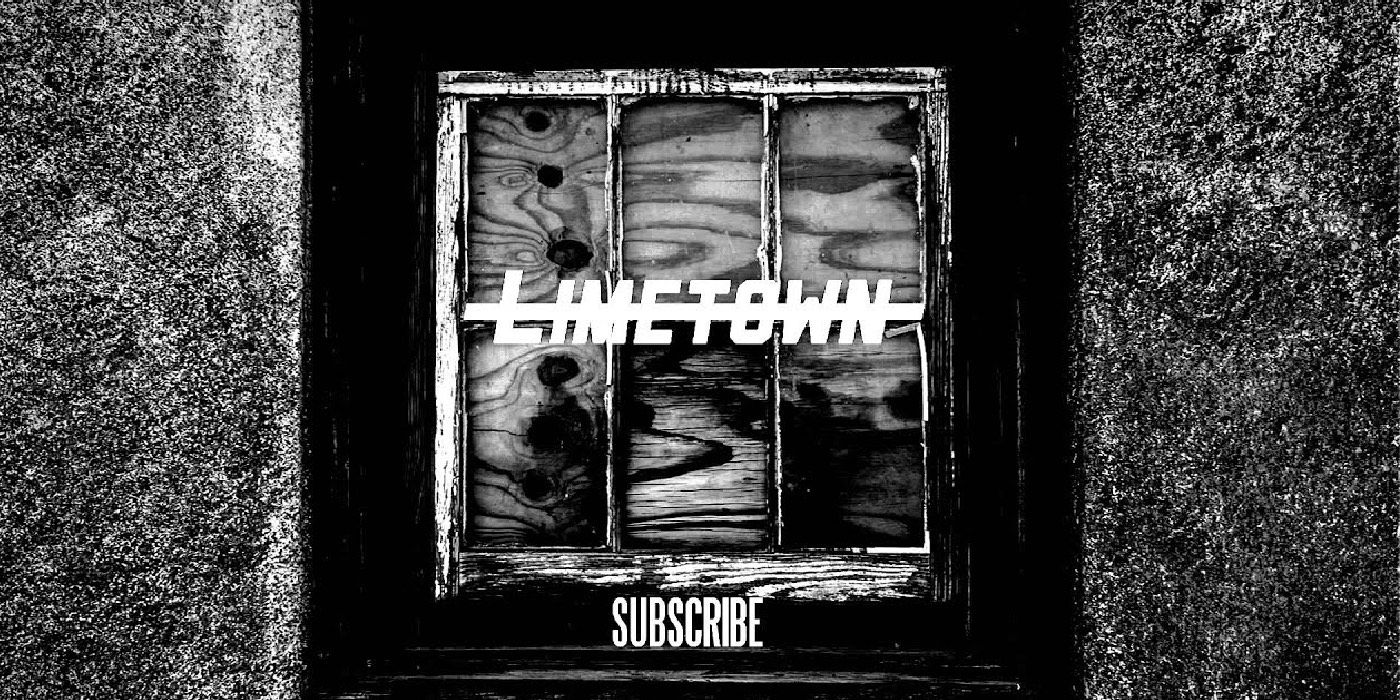 In 2004, a Tennessee town’s population drops overnight with the disappearance of 327 people. Years later, any explanation is yet to be given for what happened to the missing people; we have no idea where they went or why they disappeared. Journalist Lia Haddock takes matters into her own hands by making a radio show reporting her investigation into the Limetown case. The deeper Lia digs, the wider the story becomes. This is a podcast that doesn’t pull any punches.

The mystery of Limetown will probably take over your life. Whatever the podcast version of unputdownable is, this is it. Such is the level of intricacy and depth that sometimes you’d be forgiven for thinking this was a true-crime podcast. 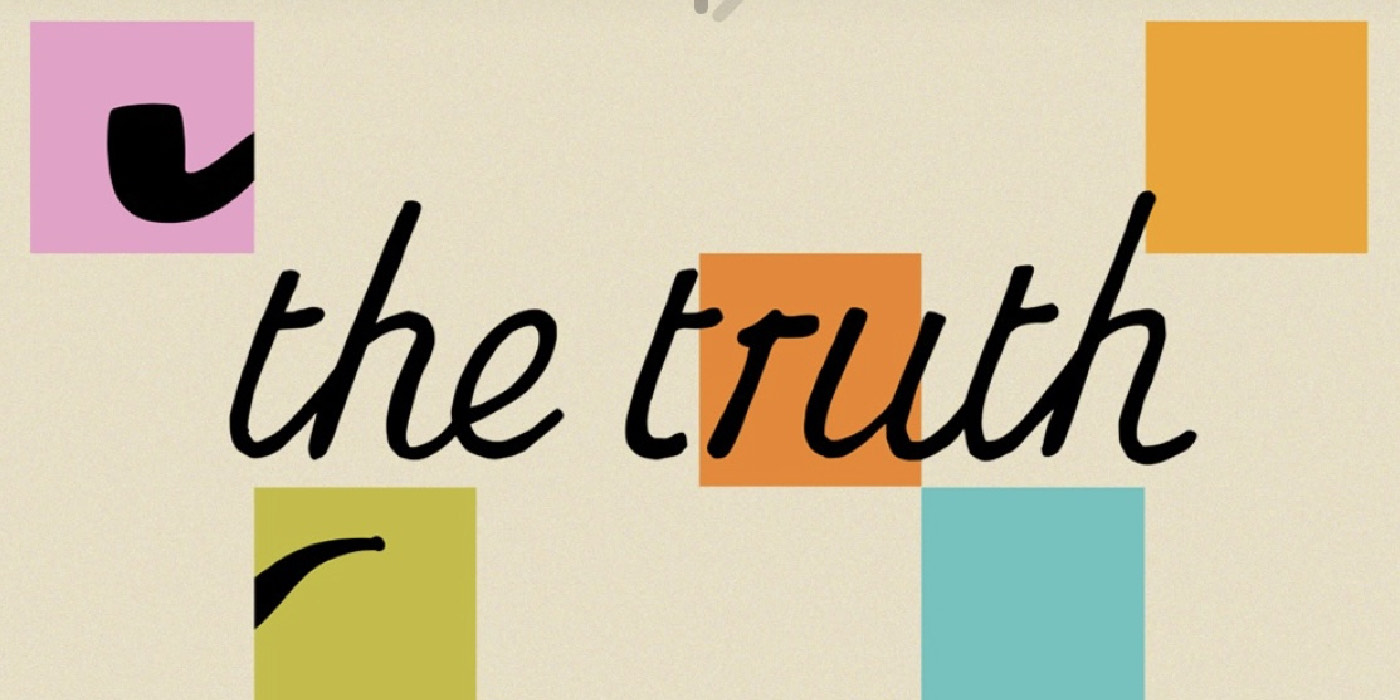 Do you lean towards podcasts that don’t require you to sacrifice hours, days, even weeks in order to catch up to them in time for the latest releases? The Truth is perfect for you. This fiction podcast is made up of short stories, with each episode featuring a new cast of characters, setting and concept. While they differ in content, they share an ability to make the listener ask questions of society and the world they’ve never thought about before. Another perk is that the episodes last between 20–30 minutes.

We would recommend The Decider if you’re struggling to choose one to start with. In this episode, a young man is given a new ‘decider’ for her birthday, a digital device that predicts how happy any decision will make her. A rating of satisfaction is given for every possible action, from what she should eat for dinner to whether she should quit her job. 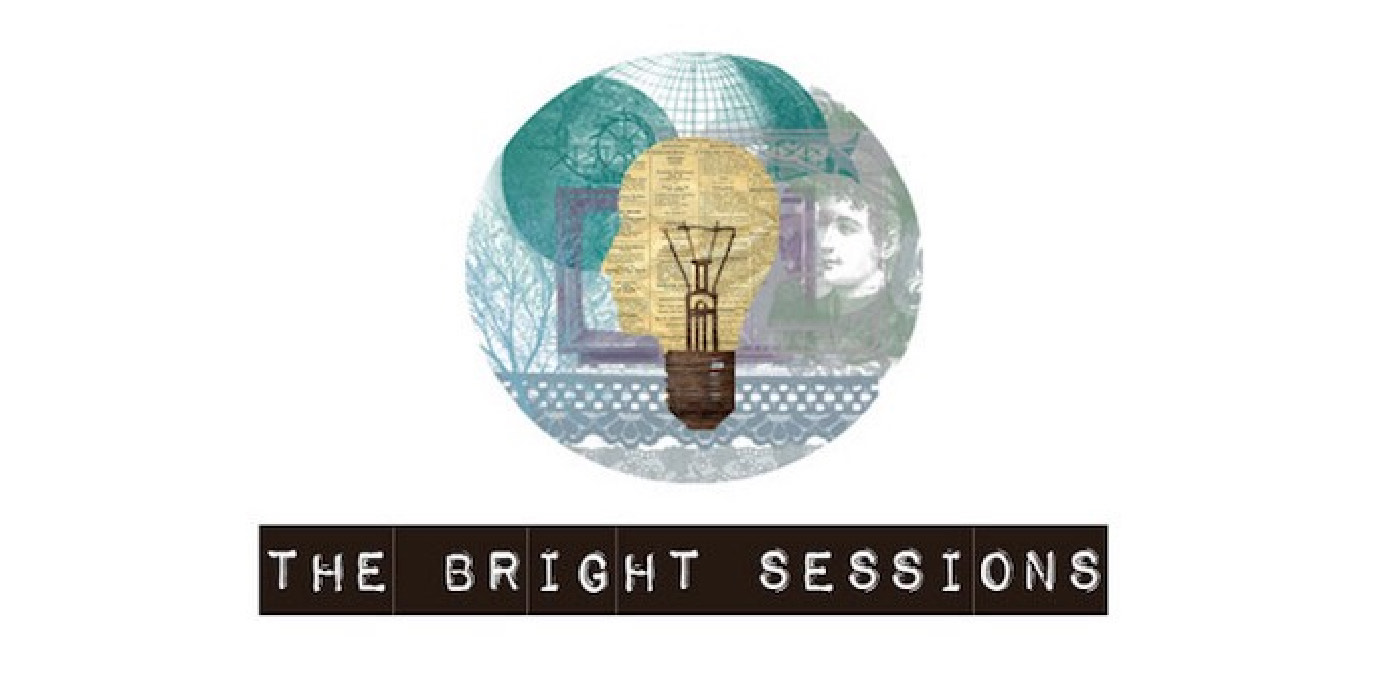 In The Bright Sessions, a therapist puts out a newspaper ad offering “therapy for the strange and unusual”. This is no regular shrink. She treats patients with supernatural powers. The problem with this, while it may be exciting to be able to read - and control - someone’s mind and desires, trying to live a normal life outside of this reality can prove fairly tricky and lead to some troubling scenarios.

The Bright Sessions is pure science fiction but it feels very true, set as it is in our own world and not some distant planet. The characters and their powers are treated soberly. Season one follows three patients through their sessions. In episode one, 13 minutes long, a young woman named Sam moans: “I can time travel. And it sucks!” Get involved in this highly original and funny fiction podcast. 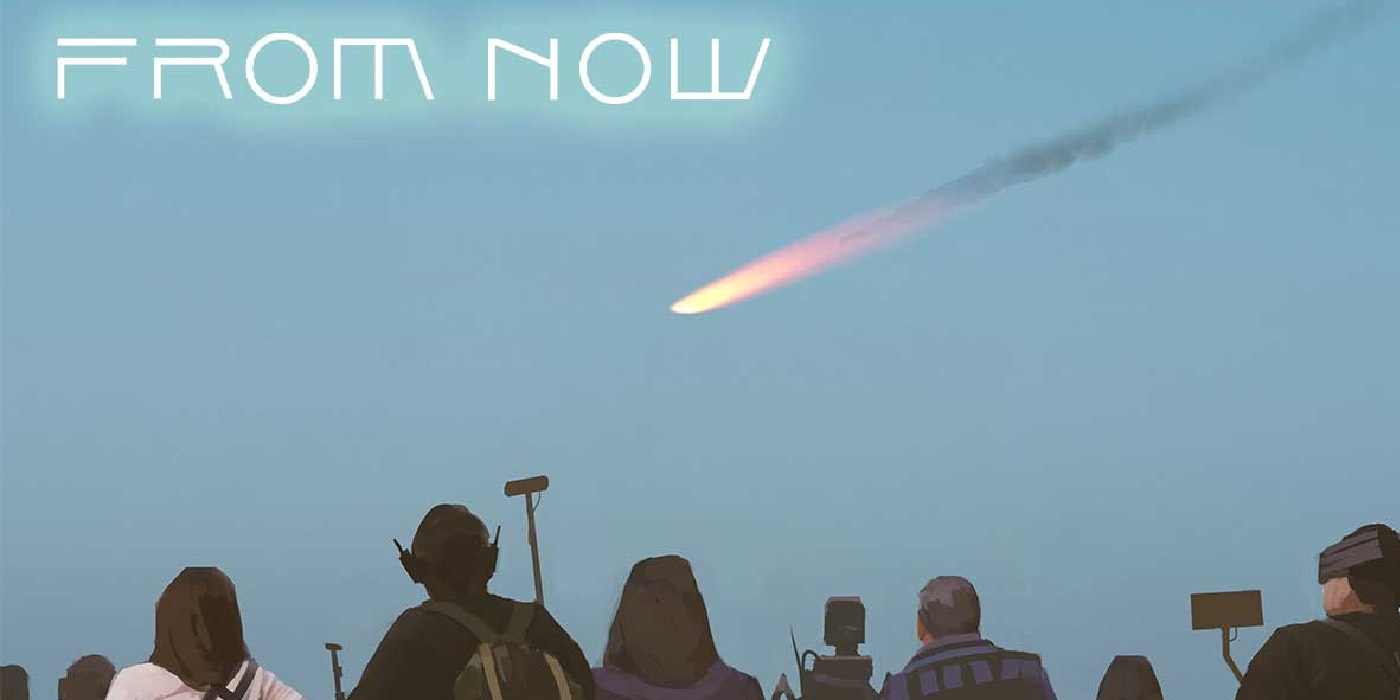 Another science fiction podcast, only a little more sciencey. From Now tells the story of a spaceship that went missing in 2025 before miraculously reappearing and landing back on Earth in 2060. The public is stumped as the ship door opens and reveals crew member Eddie who hasn’t aged a wink since their departure 35 years ago. Their only hope is that Eddie’s identical twin Hunter - now a grumpy old man - can shed light on what happened and what the future holds.

Starring Richard Madden and Brian Cox, From Now offers unrivaled escapism in the fiction podcast game. Though under this flawless execution are some pretty common and heavy topics. Sibling rivalry, climate change, existentialism, what it means to be human. Episodes are around 30 minutes long and released each Monday. 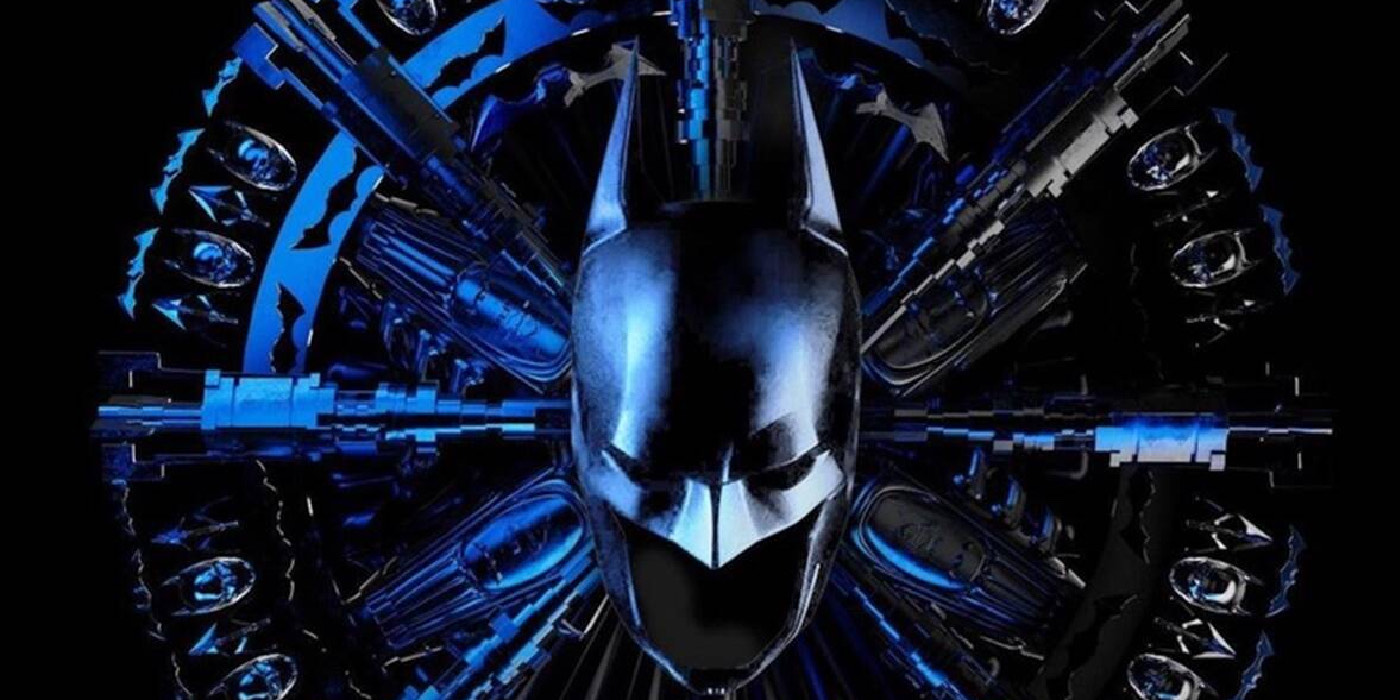 In Batman Unburied, Bruce Wayne is a forensic pathologist working in Gotham Hospital tasked with examining the victims of The Harvester, an unrelenting serial killer haunting the citizens of Gotham. Not only does Wayne have to face his own personal demons head-on, but he has to overcome them in order to help save Gotham’s residents as the alter-ego we all know and love, Batman.

The podcast made headlines after it was announced it’d overtaken The Joe Rogan Experience as the Number 1 podcast on Spotify in the United States and around the world. The streaming service’s Podcast Charts revealed that it had surpassed MrBallen Podcast: Strange, Dark & Mysterious Stories, Crime Junkie, and Anything Goes with Emma Chamberlain in the top five. Talk about the Dark Knight Rises! 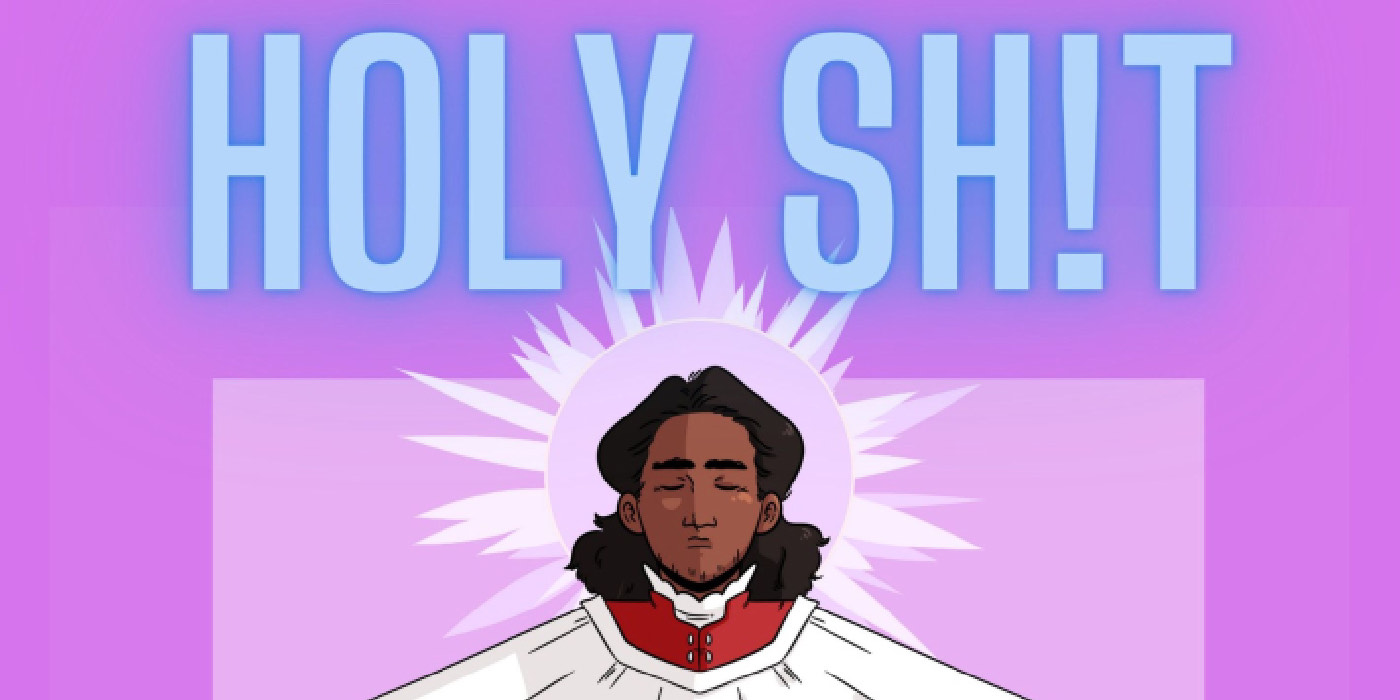 Much like Love and Luck, Holy Sh!t takes the form of voice messaging to enthrall its audience. Lydia and Meg are lifelong friends since separated by attending different universities. Personality-wise, they’re oil and water. Lydia’s a devout Christian and hard worker. Meg’s a social butterfly looking to get hammered and hook-up with boys. In spite of these differences, they remain the best of friends, regularly updating each other with the newest gossip.

What kind of gossip? Well, the new guy who’s moved into Lydia’s halls might be Jesus. But Lydia would say that, wouldn’t she? Crazy old bible basher. At first, his presence is an annoyance to Lydia but she soon becomes convinced he’s actually a sign from God. Meg believes he’s a normal guy until she meets him while visiting Lydia at university when something big happens. What is it? You’ll have to find out for yourself. Holy Sh!t is highly binge-able, with each of the ten episodes clocking in at 15 minutes long.