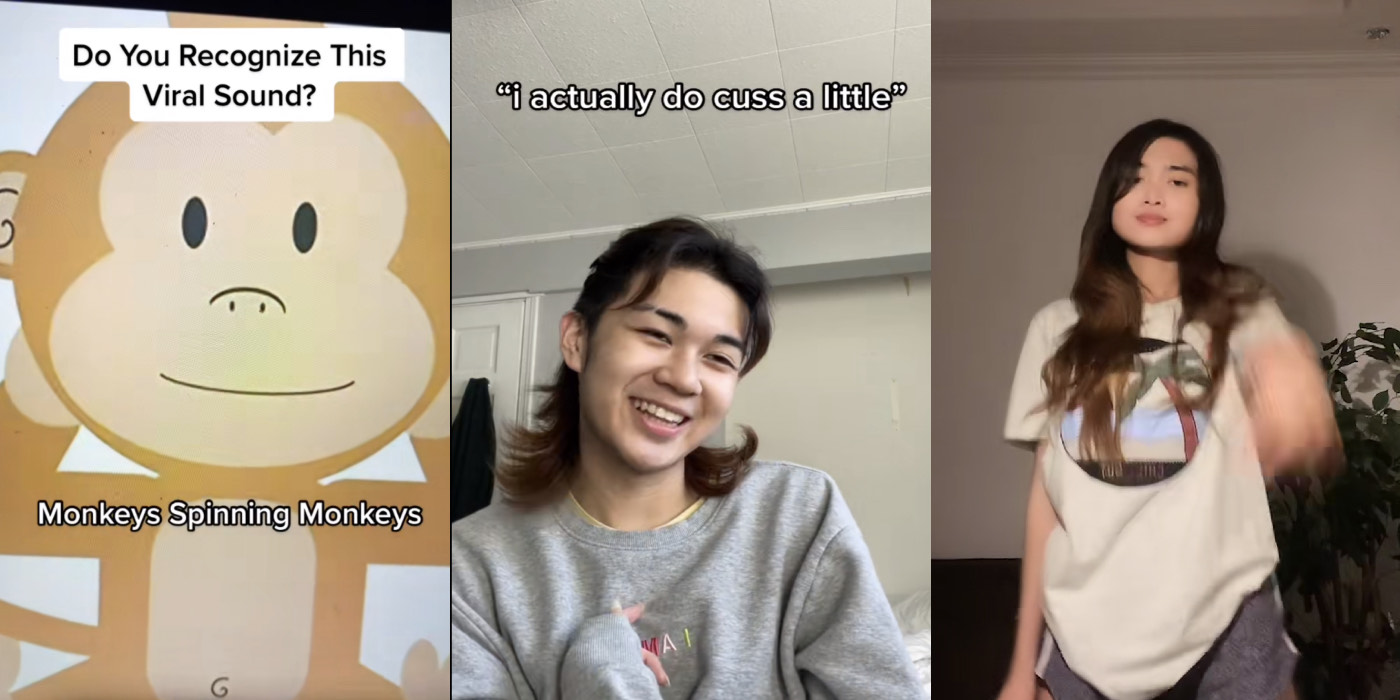 Music and TikTok go hand in hand much like bread and butter. Take one away and the whole thing’s pointless. Actually, butter can be used for other things. And music is pretty successful in its own right. Alright, the simile might need work but you know what I mean.

Over the years, thousands of songs have gone viral thanks to exposure on TikTok. As of April 2022, some of the most popular include Harry Styles’ As It Was, Jack Harlow’s First Class, Daddy Yankee’s Rompe and Nick Youre’s Sunroof.

But there’s a few more trending right now. Search any of these following ten on the app and you’ll see the results for yourself. What makes them so popular is up for debate. For whatever reason, the denizens of TikTok have taken to them like ducks to water and re-lined the pockets of many an artist.

Here are, at the time of writing (these things fall in and out fashion rapidly), the top ten trending songs on TikTok. 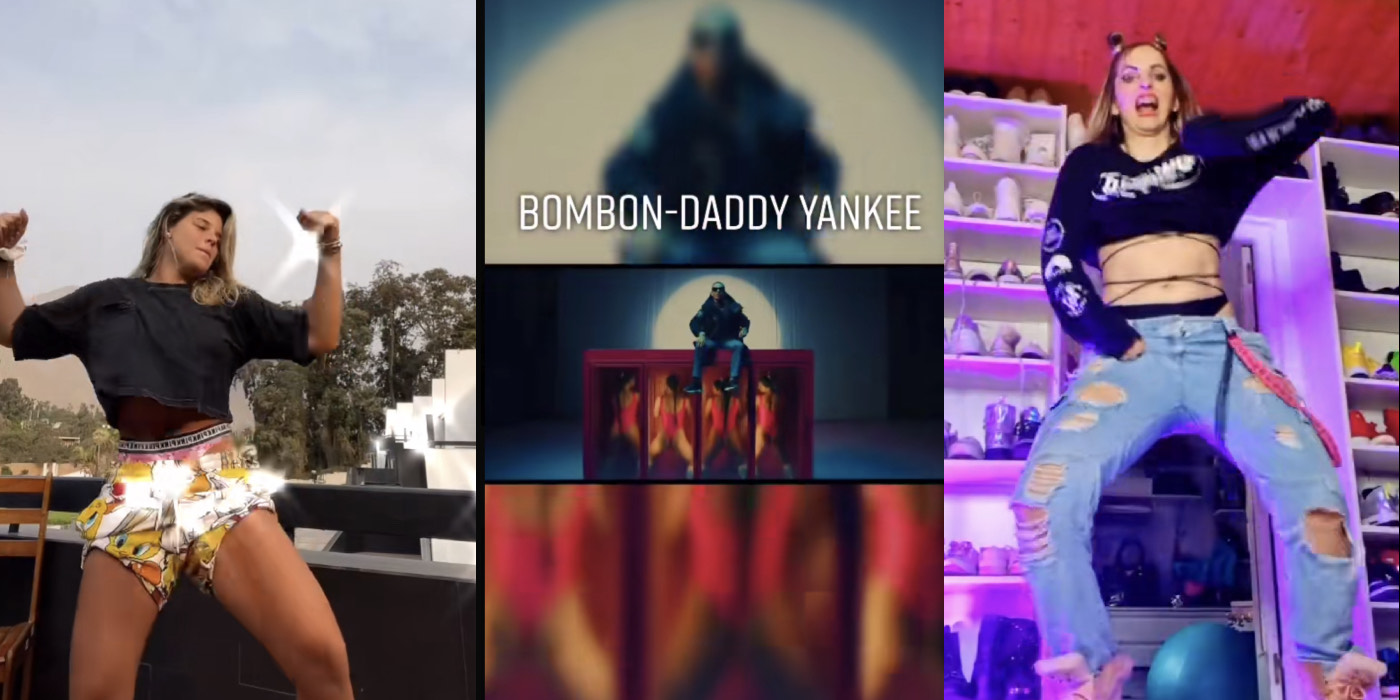 Daddy Yankee, El Alfa and Lil Jon have truly ‘done bits’ with their “Bombon” song from Yankee’s seventh and final album Legendaddy. Tokboard has the song down as being a part of 89 popular videos and an accumulated view count of 63.5 million. Quite the swan song from the Reggaeton pioneer.

So what are they doing with it on TikTok? Dancing. The dembow song has a perfect rhythm for TikTok virality. Across these videos, you’ll mostly see people dancing to the “Son un bombón, son un bombón, son un bombón-bon-bon,” bit. In writing that makes no sense, but if you check out some of the videos you’ll see what we mean. Those last three “bons” go hard. 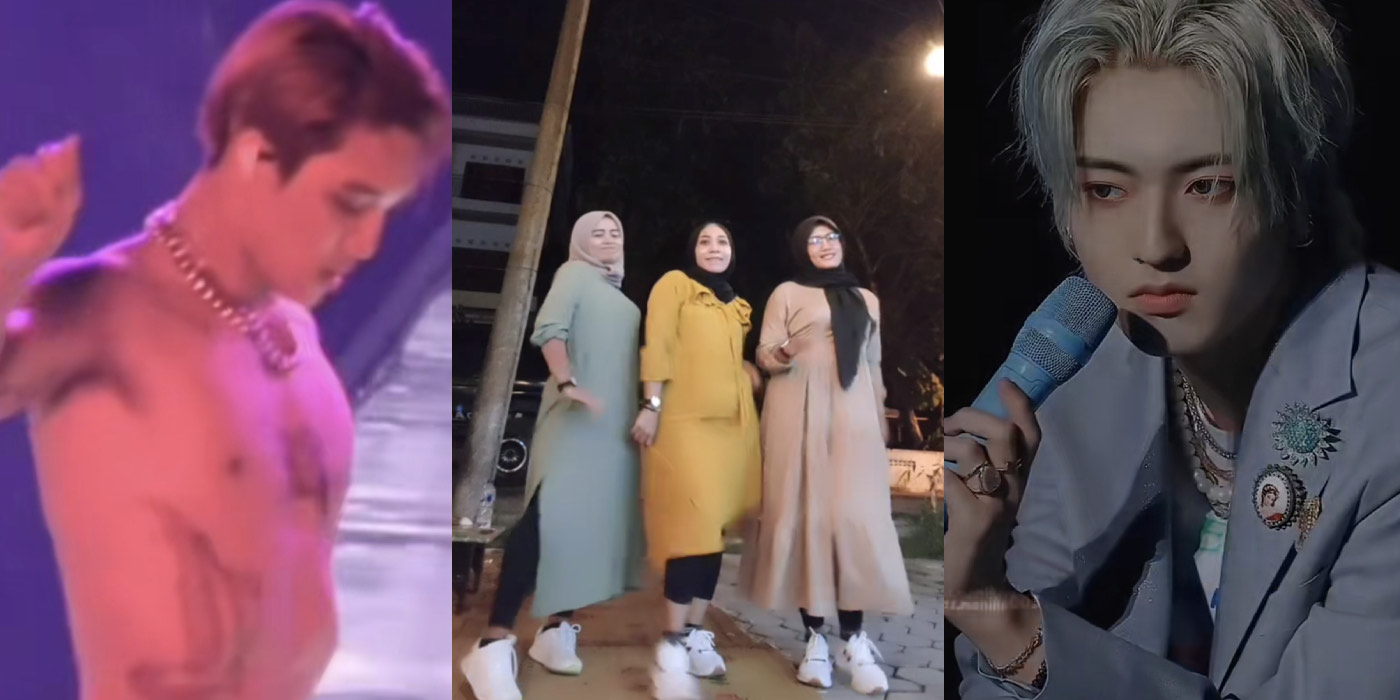 Let’s get one thing out of the way. Suramu Syairku Jungle Dutch 2022 is a bad, bad piece of music. Unlistenable. But that doesn’t really matter. What matters is that it has what it takes to go viral, which it does. AWP & TakaRajaY, whoever they are, have played an absolute blinder here. So hats off to them!

With 105 popular videos and 75.5 million views, Suramu Syairku Jungle Dutch 2022 currently stands at number 9 on TikTok’s trending songs. The reason why is anyone’s guess. This track isn’t part of a trend or dance. A glance at the results will show you mostly fan videos of South Korean singer, Jungkook. Occasionally you’ll get a clip of Neymar running rings around a defender. The rest are so random we’re not sure how to explain them. Go look for yourself and see what you think! 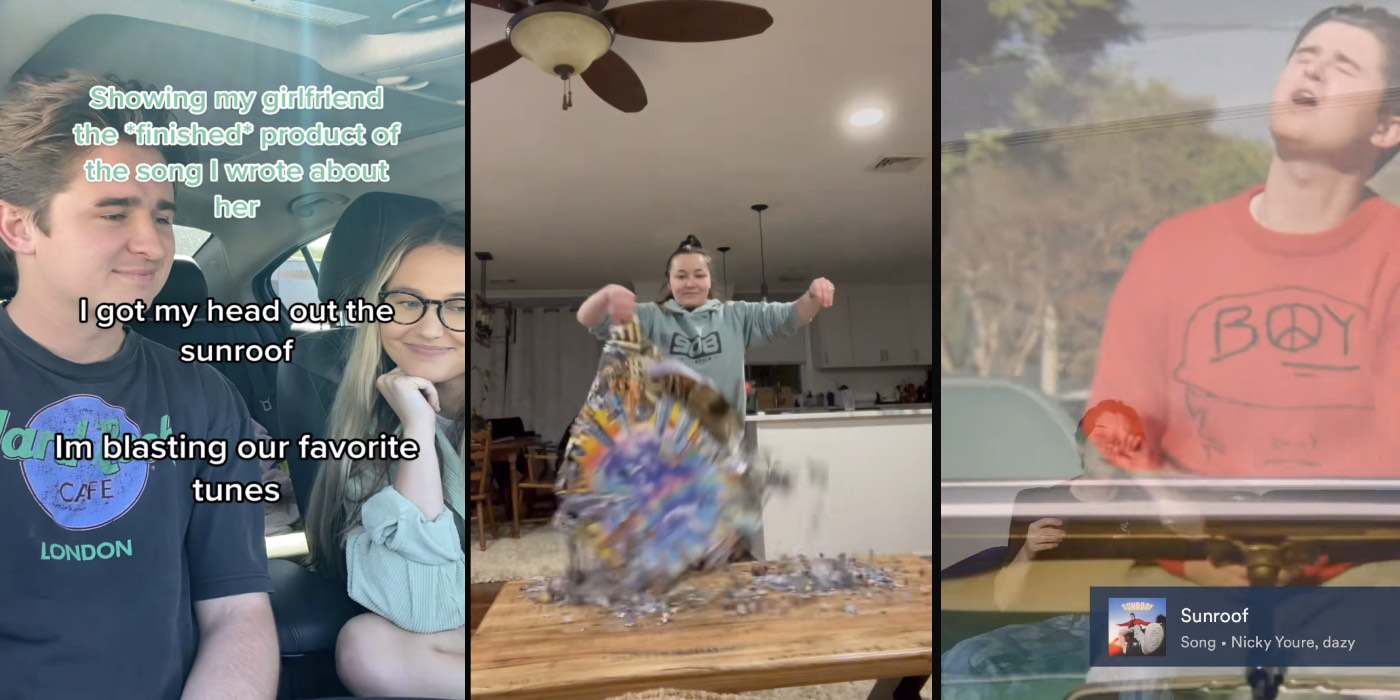 23 year old Nicky Youre is an indie pop singer from Southern California and by all accounts a TikTok sensation. Bursting onto the scene in 2020 with his debut single Sex and Lemonade, it is his single Sunroof with Dazy that propelled him to viral fame more than other. Like others on this list, Sunroof isn’t limited to a particular trend or dance. It’s a feel good hit that is highly applicable to many videos.

At 72.5 million views and 121 popular videos, the song accompanies clips of people attempting to lift huge completed puzzles in the air, to dogs running around doing dog things and people baking sweet treats. 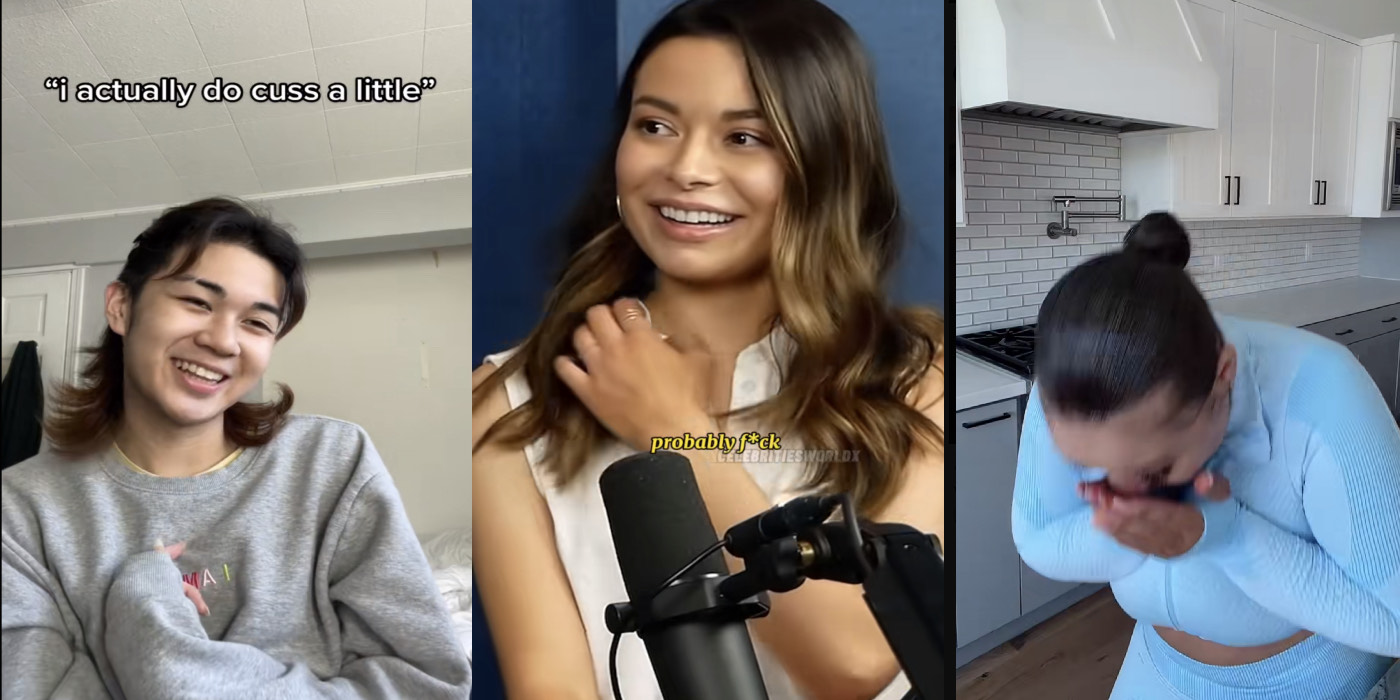 On August 14, 2020, Miranda Cosgrove went accidentally viral. Promoting the reboot of iCarly on Whitney Cummings’ podcast Good For You, Cosgrove said “I actually do cuss a little.” When Cummings asked, “What’s your favourite curse word?” Cosgrove replied, “Probably fuck.” The episode gained over 936,000 views on YouTube in two years. It was only in March 2022, when the clip resurfaced and went viral on TikTok thanks to its lip dubs potential, spawning thousands of remakes.

This Duke & Jones remix of the audio is perfect if you’re planning to join the fun, even if you’re two months late. This one comes in at 97.2 million views and 123 popular videos. 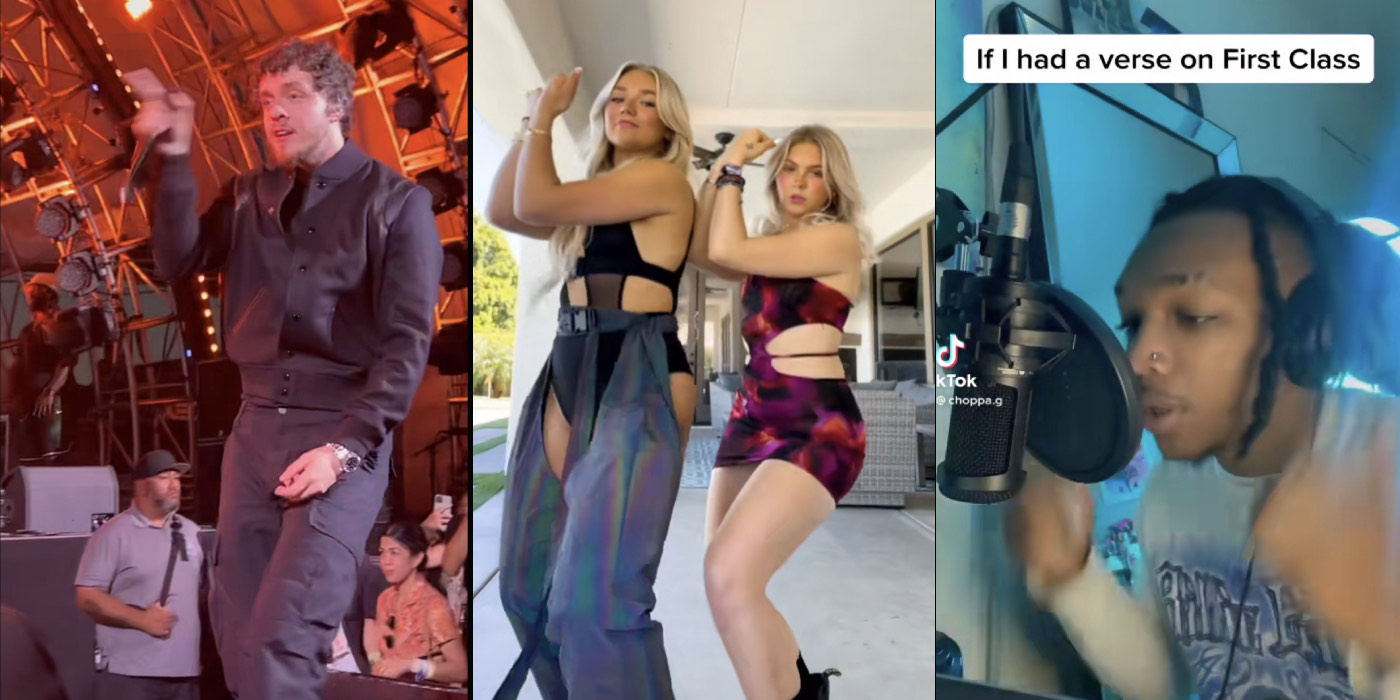 First Class is a song by American rapper Jack Harlow and the second single from his second album Come Home the Kids Miss You which was released in April. The song, which samples Fergie’s Glamorous, went viral on TikTok prior to its release. It doesn’t get much better than that, does it? It does. First Class debuted at number one on the US Billboard Hot 100.

Over on TikTok, the song has 129.9 million accumulative views and falls under 193 popular videos. The majority seem to be about the effect First Class is going to have when it drops, played in clubs etc. Really positive feedback! 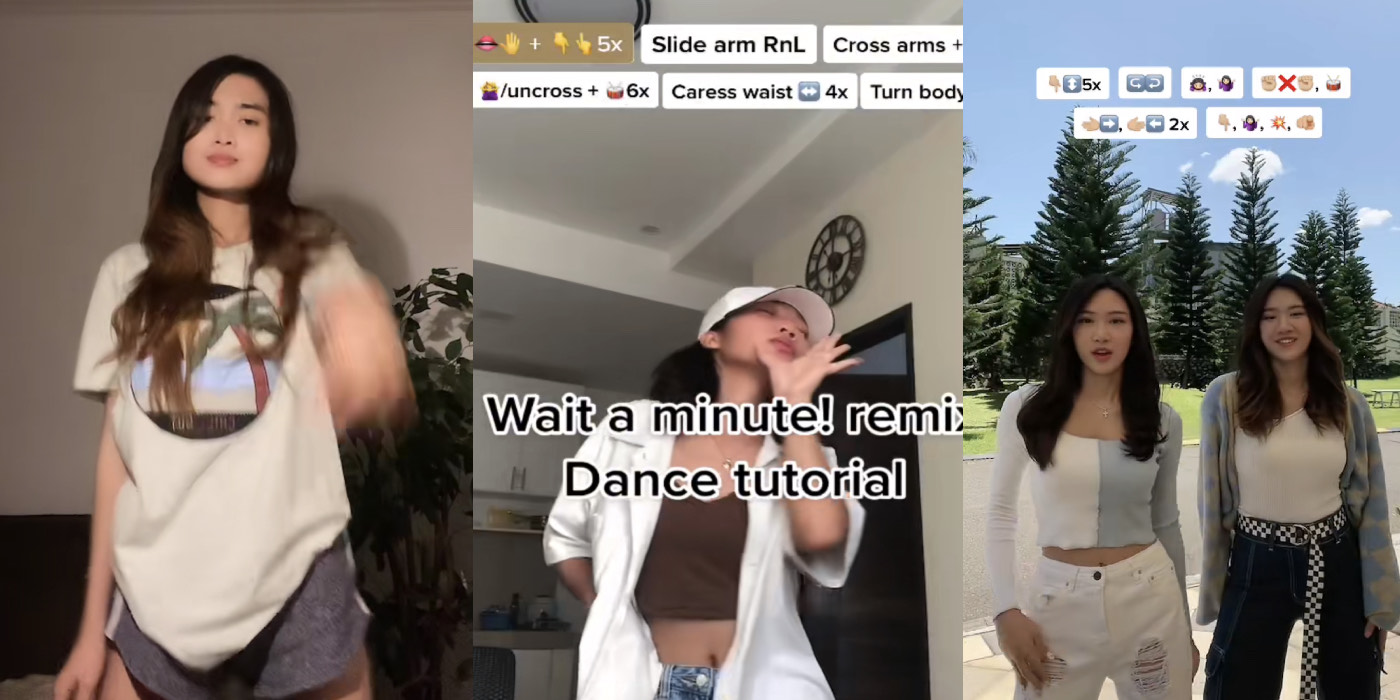 Willow Smith’s Wait a Minute! saw little success when it was released back in 2015. It was only in 2019 when the song inspired the #HereRightNow dance challenge on TikTok. Then just this spring, the song has witnessed a third wind thanks to a sped-up remix by Duckhead DJ Kasur which actually reached the Top 40 in countries like Australia, New Zealand and the Netherlands.

180.5 million views and 193 popular videos later and these song has made TikTok history. She’s come a long from whipping her hair back and forth. Emotional stuff. 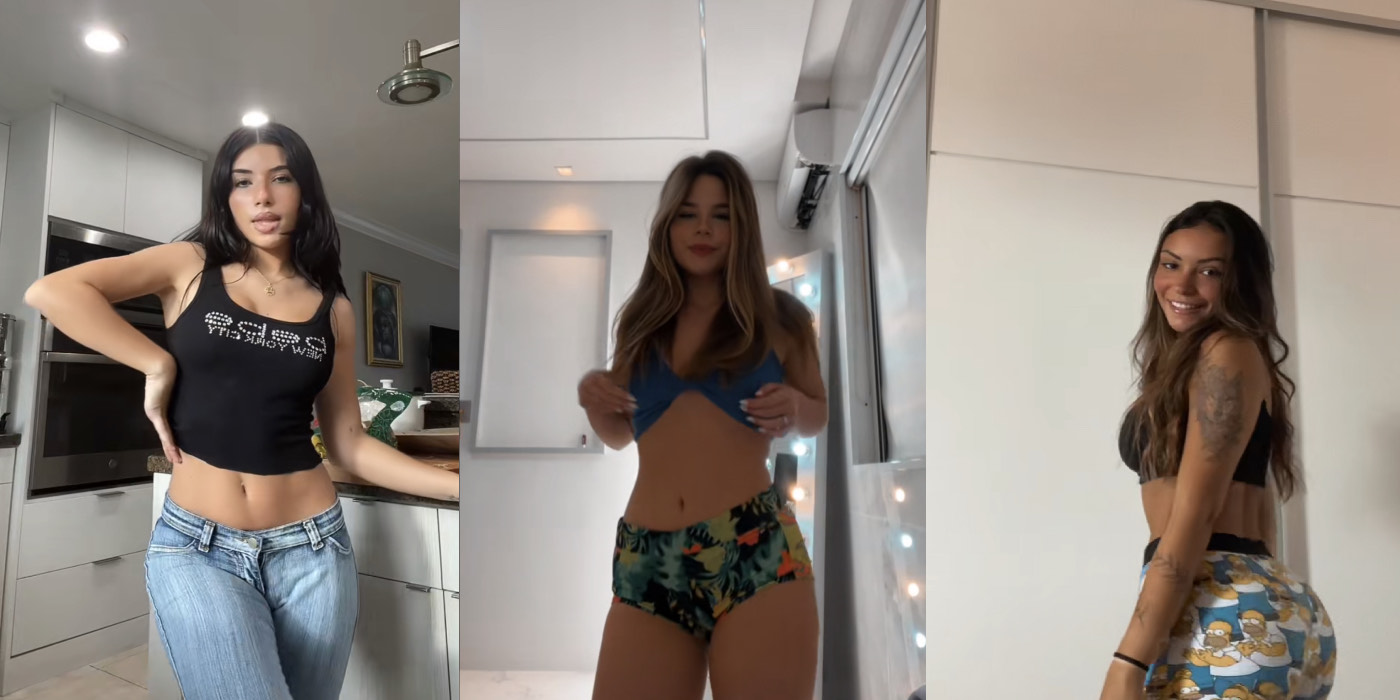 Daddy Yankee back at it again. Two songs in one list. Just like when Francis Ford Coppola was nominated for Best Director for The Godfather II and The Conversation in the same year. Two ballers, one vision: entertain the world. And entertain they have. Especially Daddy Yankee, with a throwback 2005 hit called Rompe.

The song has made an unexpected return on TikTok, no doubt thanks to its groove, which is taking the app by storm with 177.7 million views and 220 popular videos. A few belly pops before a twerk finale and you’re golden when it comes to this dance. 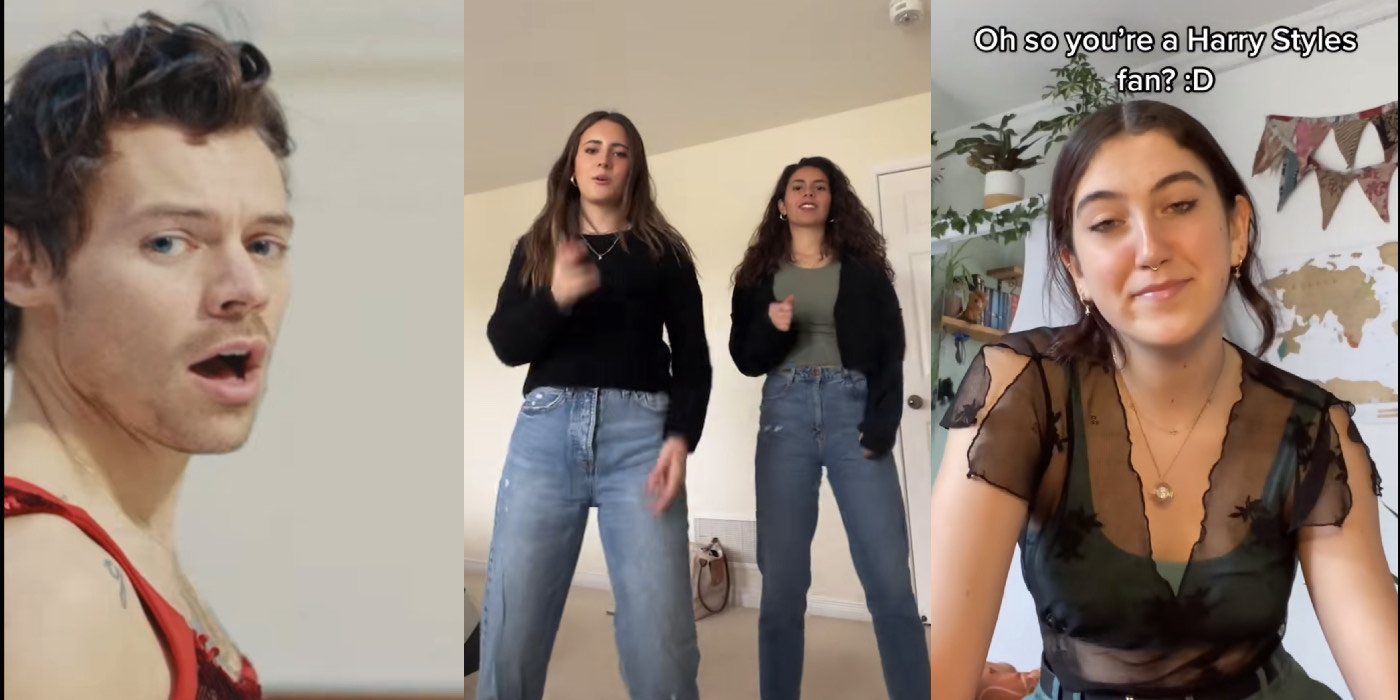 Harry Styles, the Justin Timberlake of One Direction - minus the good music - is doing bits out there on his own. His new single, As It Was, has 99 million views on YouTube and has swept TikTok thanks to its fast-paced, upbeat energy, a departure from the slower stuff’s he’s become famous for. As It Was has 289 million views on TikTok and is included in 422 popular videos. This make perfect sense given the nature of the song and that it’s by Harry Styles, a man lots of people want to have father their children. Slap this in the background of your latest video and the likes and views will come storming in.

The song’s success coincided with the news that Harry Styles may be a secret TikTok user thanks to some deep diving by his fans. The speculation began after Styles was papped holding an unlocked phone. The account he is rumoured to be behind is @suemonella, thanks to the number of videos (at the time) and colours of them matching those on Styles’ screen If that was convincing enough, fans then noticed a new video uploaded about the band Wolf Alice who is supporting the Watermelon Sugar singer on his upcoming European tour. Who knows, maybe he’ll do the big reveal on the @suemonella account and do his own dance to As It Was 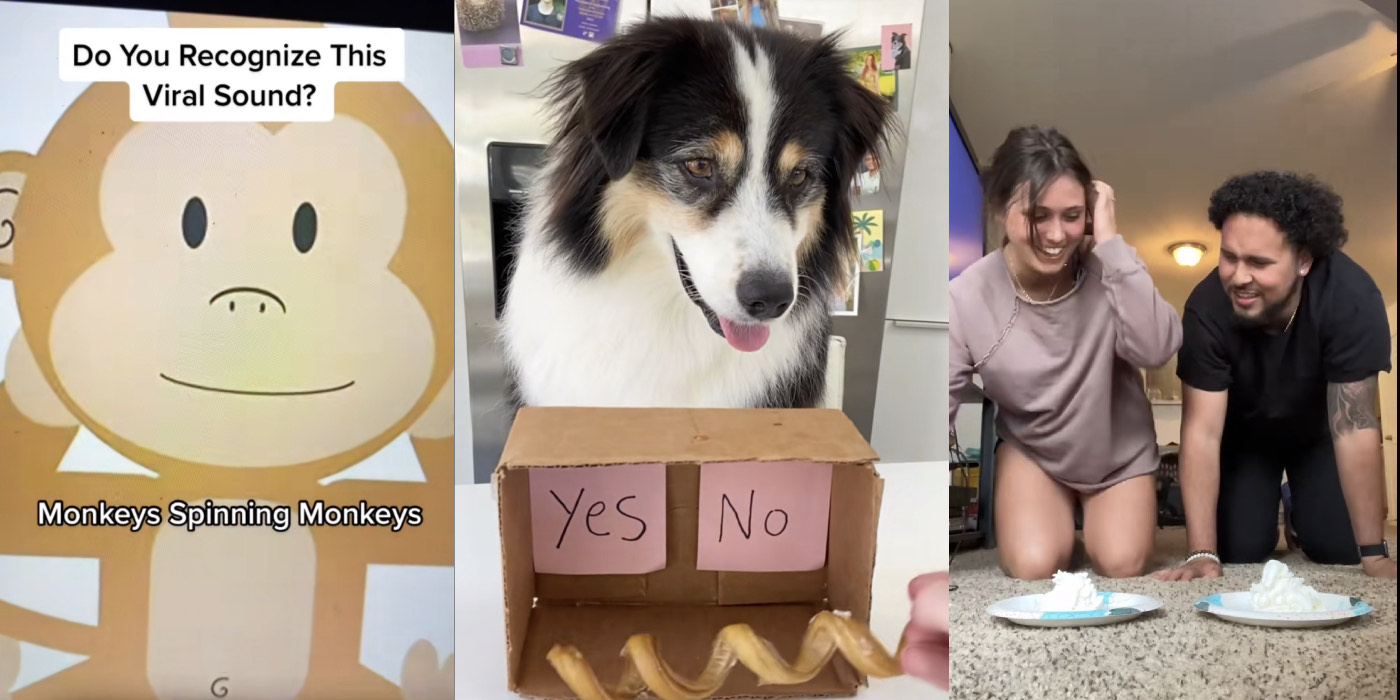 This isn’t a song in the traditional sense where there’s a verse and a chorus and it makes people get up and dance. Monkey Spinning Monkeys is a wind instrument bit of muzak. Elevator ambience. Perhaps something you’d hear in the back of a children’s game. Ideal for any video of a whimsical nature. Lucky, then, that TikTok has plenty of that!

Understandably, this joyful piece of music has 310.3 million views and 481 popular videos to its name. In twenty years’ time, this song will create the same chills in kids today that the original PlayStation startup music does to millennials. They’ll be doing the dishes at home, middle-aged, staring out the window. Meanwhile, their child is playing around with some VR headset type thing. He’s like, “TikTok Compilation? What’s that?” He plays it, the Monkeys Spinning Monkeys song comes on. And again. And again. It never ends. A plate smashes on the floor into hundred pieces. 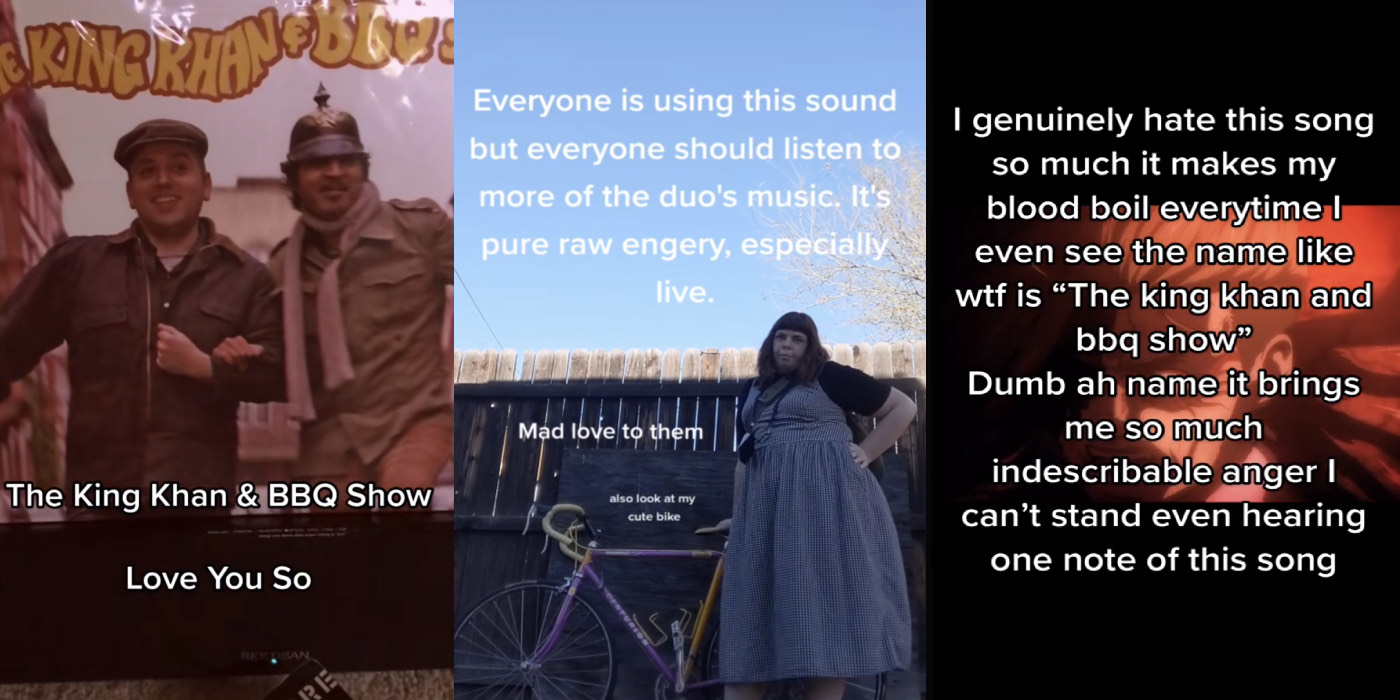 Love You So by The King Khan & BBQ Show is a song that was first released in 2005 by a Canadian rock duo. It was only in late 2021 and early 2022 that the song became famous on TikTok. The song is now so popular on the app that it has resulted in memes and videos about its overuse. 440.1 million views and 596 popular videos this one comes in at.

By March 2022, so many creators had used the song that many believed the algorithm was favouring videos that featured it. This led to thousands of people adding it to their content but muting it, solely to gain traction from said algorithm. That’s when you know your song is the real deal – when its popularity becomes a conspiracy theory.