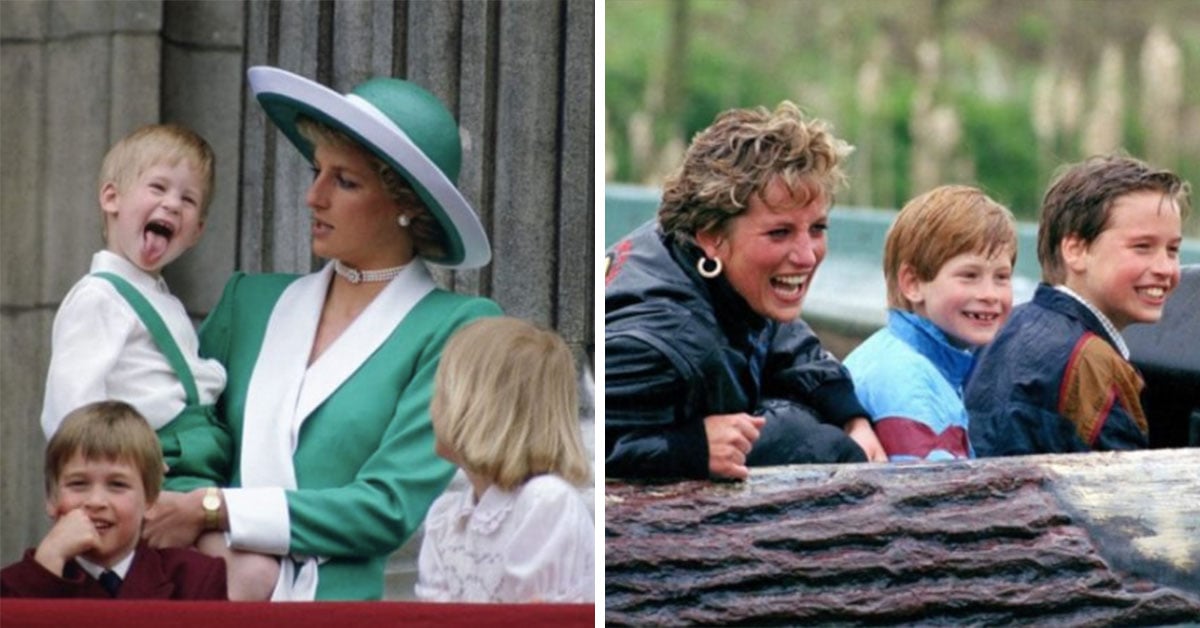 Princess Diana – The People’s Princess – will forever be remembered in the hearts of millions all over the world, there’s no doubt about that. Despite the fact that her life was cut tragically short in 1997, a full 22 years ago, she still remains firmly loved by all those people because of who she was, as well as all the wonderful things she did while she was here.

It’s no secret that devoted so much of her life to helping others in pretty much anyway way she could, which of course included her extensive charity work with organizations such as Landmine Survivors Network and Royal School for the Blind. And because of all this, it’s no surprise that to her, loving people and helping those in need was part of her life’s mission. She even once said:

“Nothing brings me more happiness than trying to help the most vulnerable people in society. It is a goal and an essential part of my life — a kind of destiny. Whoever is in distress can call on me. I will come running wherever they are.”

Of course, while helping those in need was a huge part of her life, her No. 1 priority in her life was always her two adorable boys, Prince William, and Prince Harry.

And so, in honor of the recent arrival of Baby Sussex (AKA, Archie), we’re taking a look at some of the single most iconic vintage pictures of Princess Diana and her children. Prepare yourselves for an absolute overload of SWEETNESS! I don’t know about you but I already can’t handle just how cute this image is.  I mean check out the two little Princes’ socks and shoes combo… ADORABLE! And so unquestionably British. Princess Diana tried her best to make sure that both Prince Harry and Prince William experienced as much of a normal childhood as possible, and was known to often take those rambunctious two to the beach so that they could build sandcastles and dig for “buried treasure”.

And of course, how could I NOT mention just how freakin’ stylish Princess Di was too!? I mean that leopard print cover-up is totally in right now! I mean, is it possible for anybody to not have fun while riding in a “one-horse open” sleigh!? Everyone here seems to be having an absolute blast. Winter never looks so cute! Ah, look at Prince William go, so independent at such a young age and already practising to become a strong leader for his people! And how is it possible for someone to look so chic and sophisticated even when they’re just taking a stroll around the grounds… work it Princess Di! I mean, if this picture doesn’t just scream “classic Prince Harry” then I don’t know what does! It’s good to see that not THAT much has changed over the past 22 years, despite Diana’s absence, isn’t it? Okay, so this is 100% the ULTIMATE “Back to School” photo. And can we talk about just how precious the look that little Princes Harry is giving his big older brother is!? This photo was taken on Prince Harry’s first day of school at Wetherby School in 1989. I’m just going to say it, I think we may have a winner for ‘The Most Iconic Photograph” award. I mean just look at them! Surely Royals shouldn’ be able to look this cool and fabulous, right? The bright snowsuits, the big sunglasses – I’ve never seen a MORE 90’s picture in all my life! And here we have some more truly wonderful snowsuit action. This photograph was reportedly taken during a family vacation to Austria, all the way back in 1993. Despite the fact that little Prince Harry only got a few short years with his lovely mother, it’s so clear that they had such a special bond. Bittersweet but at the same time, wonderful. Is there anything more precious than seeing a young Prince Harry gleefully slide down a water slide with his mom, acting like a “normal” child? Most DEFINITELY not. I think it’s VERY safe to say that this photo – taken all the way back in 1986 – captures the personalities of both Harry and William perfectly. And of course let’s give a shout out to Prince William for rocking that Dallas Cowboys jersey, am I right!? I personally think this may be the most wholesome image of them all. Just look at that pure, unfiltered laugh coming from the Princess herself! I’ve never seen someone so happy to be so completely soaked! Even from just this handful of photographs, it’s clear to see that Princess Diana always looked after her kids in the best way she possibly could… not to mention she had an absolute BALL while doing so, as it should be!

So I think I speak for everyone when I say it’s only logical that the Duke and Duchess of Sussex will be following in her footsteps and making sure that little Archie has the greatest experience he possibly can in life. Good luck to the latest Royal parents!