These Are the Signs and Symptoms of Erectile Dysfunction

These Are the Signs and Symptoms of Erectile Dysfunction 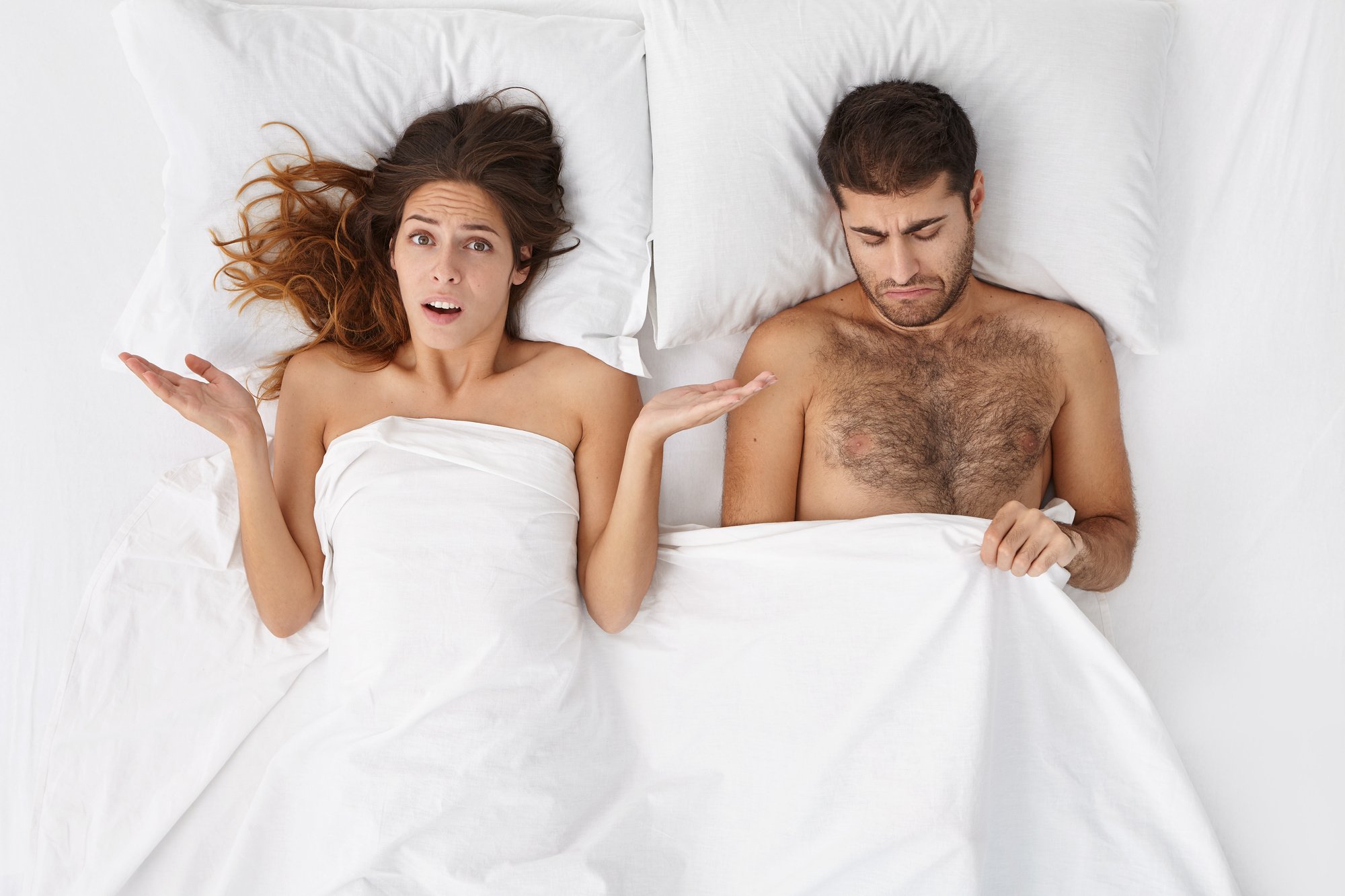 On a global scale, erectile dysfunction (ED) affects 15% of the male population every year. That makes it one of the most common conditions that affect men everywhere.

In the US alone, researchers put the prevalence of ED between 18% and 47%. It is more common in older men, with more than three in four males over the age of 75 suffering from it. However, over 8% of men between the ages of 40 and 49 also have it.

What’s more, younger men have also shown to exhibit symptoms of erectile dysfunction. One study found that at least one in four males younger than 40 already deals with the signs of ED.

The question now is, what exactly are the symptoms of ED?

We’ve rounded up the most critical facts about ED that you should know, including its signs, so be sure to read on!

What Is Erectile Dysfunction?

Erectile dysfunction is a condition that renders a man unable to get or maintain an erection. In many cases, an erection does occur, but it doesn’t take long before the stiffness disappears. In either situation, the condition makes it hard for a male to have pleasurable sex.

The Most Common Symptoms of Erectile Dysfunction

There are three main symptoms of ED, all of which have to do with erections. You might have erectile dysfunction if you’re having a hard time getting your penis erect. The same goes if you can’t sustain it long enough, or if you can’t get it to firm up at all.

One of the top signs of erectile dysfunction is difficulty in achieving an erection. However, for this to classify as ED, the problem should be recurring and not a one-time incident.

Problems with erections usually occur when something interrupts the erection process. For instance, a lack of sexual stimuli can impede arousal, which is a primary erection trigger.

If a man doesn’t get aroused, the brain won’t direct the blood vessels to increase its blood supply to the penis. Without heightened blood flow to the penile blood vessels, an erection wouldn’t occur.

Factors That Contribute to Erection Difficulties

According to this BlueChew review, half of all men with ED are younger than 60. In many younger males, psychological factors, like trauma and anxiety, are to blame. Constant exposure to high levels of stress can also make it difficult for them to get an erection.

Too much stress, for instance, can interfere with the “messages” sent by the brain to the penis. This interference, in turn, can inhibit the flow of blood to the penile blood vessels. This can then make it difficult to obtain (and maintain) an erection.

Men who have blood vessel problems can also experience erection difficulties. This is especially true for males who have coronary artery disease. Researchers found that up to three-quarters of males with CAD also showed ED symptoms.

CAD may cause difficulties with erections because this condition reduces blood flow. In people with arterial disease, plaque builds up inside the arteries. These “build-ups” usually consist of substances like fat and cholesterol.

If the penile arteries get clogged by plaque, then they may also have a hard time receiving more blood. Unfortunately, the penis needs a lot of blood in order to get erect.

Erections that don’t last long are also common erectile dysfunction signs. The question of how long a healthy erection should last depends, though. Note, however, that night-time erections in healthy men typically last for half an hour.

Also, you need to consider how long your previous erections lasted. If they lasted for an hour before, and they now only last for 5 minutes, then that’s not a good sign. You should consult with a urologist in this case.

Complete Inability to Achieve an Erection

Some people who have problems getting an erection can still make their penis firm enough. It just takes a long time, or in many cases, with the help of medications.

However, some men suffer from a complete inability to obtain an erection. Meaning, no matter what they do, they can’t make their penis firm enough for pleasurable sex. This is one of the scariest ED signs, and also one of the main reasons a lot of men don’t seek help.

Other Symptoms Associated With ED

Aside from erection problems, other signs can point to or contribute to ED. Most of the time, these symptoms have to do with ejaculatory issues. In many others, erectile dysfunction occurs alongside or results from low libido.

Premature ejaculation (PE) is when a man “climaxes” sooner than what he (or his partner) desires. It’s also a widespread condition, affecting between 30% and 70% of men in the US.

PE can make sexual intercourse unsatisfying for both a man and his partner. It can also result in more stress and anxiety, both of which can trigger ED.

In addition, PE can occur while the penis is still in the process of achieving a full erection. Sometimes, overstimulation can make a man climax too early.

Delayed ejaculation is the exact opposite of premature ejaculation. In this case, it can take a man more than half an hour to achieve orgasm, if he can even get one at all. While that may sound better than PE, it’s not, and it can also have severe psychological effects.

For instance, if a man is consistently unable to climax, then that may take away the pleasure of having sex. This, in turn, can reduce his desire to have sex, which can then affect his relationship. Moreover, decreased libido may impair erections, which can then raise the risks for ED.

Libido, or sex drive, is a person’s interest or desire to engage in sexual intercourse. Aging does have a gradual reducing impact on libido, but most men retain enough of it even in their 70s. Also, it’s reasonable not to want to engage in bedroom activities every night.

However, not having enough libido can make a man lose interest in having sex, regardless of his age. Unfortunately, a reduced sexual drive can occur even in young men. The four million males in the US who have hypogonadism are among those who are especially at risk.

Hypogonadism is a medical condition that results in impaired production of testosterone. In some men, the disorder also causes a reduction in their sperm count. Aside from a decreased sexual drive, this can also result in fatigue and lower energy levels.

In any case, low libido levels can make it difficult to “get into it,” which can then impair an erection. Over time, the problem could get worse that erection difficulties become more common.

Erectile Dysfunction as a Symptom of Health Conditions

Having diabetes can also contribute to the development of erection problems. Some studies found that in men with diabetes, the prevalence of ED was 51.3%. This means that diabetes can make a man twice as likely to suffer from erectile dysfunction.

It’s also common for erectile dysfunction to be psychological. On one end, ED can be a complication of a psychological condition, such as anxiety or depression. On the other hand, having ED can make a person feel extremely anxious or even trigger depression.

Untreated ED can also give rise to a vicious cycle of stress, anxiety, and more erection problems. When you can’t achieve an erection, for instance, you may feel extremely stressed. Always feeling stressed, in turn, can make your ED problems worse.

Help Is Available for People With ED

If these symptoms of erectile dysfunction keep happening to you, it’s best to see a doctor. ED is manageable, and in many cases, even treatable with lifestyle changes. Medications can also help, as there are drugs that can assist you in getting erections.

What’s important is to seek medical help if you think that ED is making it hard for you to enjoy sex. This way, your doctor can determine the root cause of your erection problems and help treat it.

Looking for more health and lifestyle guides like this? Then feel free to check out more of Go Social’s news and lifestyle posts!