These Colorized Pictures Captured Way More Than Was Intended

When we are taking a picture, we often tend to capture details that we never intended to in the first place. The same has been true for every picture that has been taken over time. Some historical pictures require a second and closer look because when these pictures were colorized, the vibrant colors brought out something that was never seen before. Let’s have a look at what was captured in these mesmerizing pictures.

For mature audiences only

An international object of desire, Mata Hari was a dancer, a spy, and everyone who knows about her casts her in a different light. She’s been described as a courtesan, a feminist, an espionage wannabe, and a victim of the military’s need to create an enemy.

Regardless of how she was seen at the time, Mata Hari needed to live a life constantly on fire. She threw herself towards excitement, which was her undoing in the end. Ted Brandsen, the choreographer and the director of the National Ballet explained: “What fascinated us is the story of a woman with an incredible lust for life and a powerful instinct to survive, and to reinvent herself and to transform herself. She had a lot of horrible things happen to her and she managed to somehow give a spin to it and find her way out.” 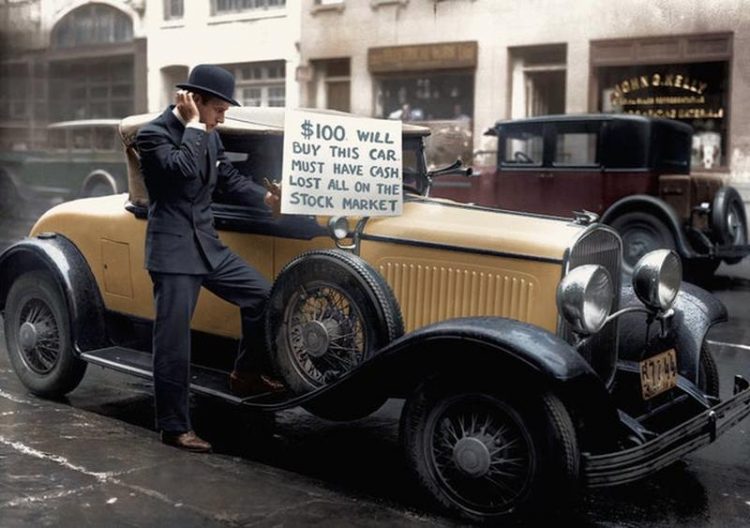 America faced one of its lowest lows on October 29, 1929, when Wall Street investors traded nearly 16 million shares on the New York Stock Exchange, losing billions of dollars and breaking thousands of investors in one day. Black Tuesday was the final day of a six-day anarchic whirlwind at the Stock Exchange with investment bankers attempting to stabilize the market by buying massive blocks of stock. On Tuesday, stock prices completely collapsed.

This nadir of the Stock Exchange didn’t just wipe out the coffers of investors, it caused the industrialized world to spiral out of control, pushing the United States into the Great Depression.