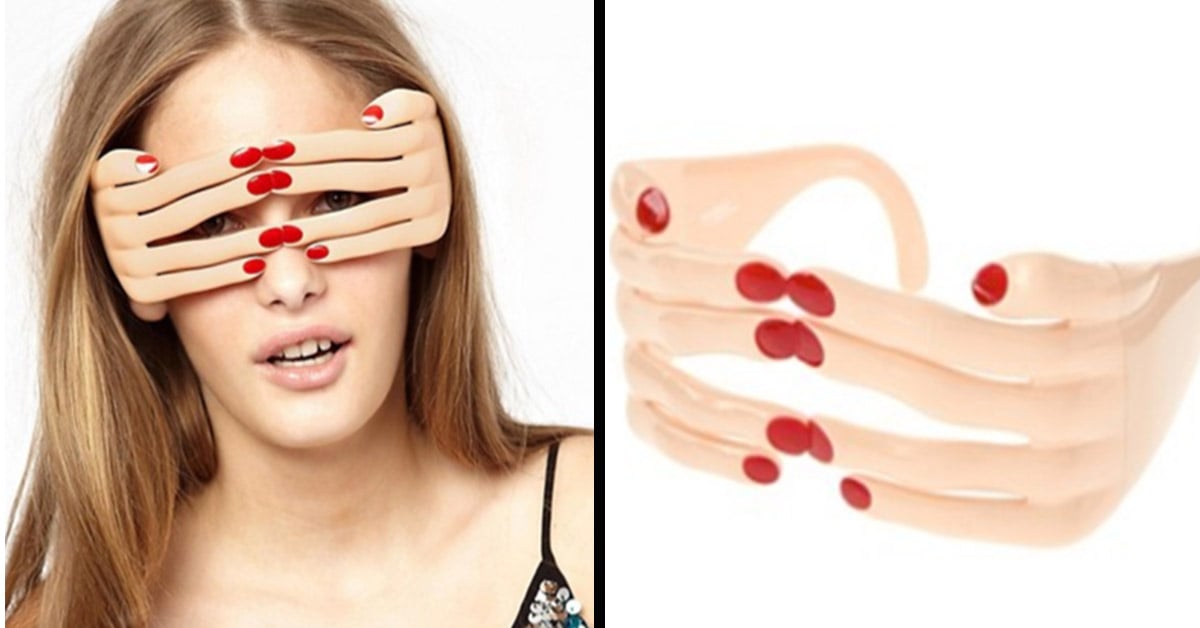 In the world of fashion one day you’re in, the next you’re out. Increasingly it seems that in order to be “in” you’ve got to wear something sinfully ugly or tacky as hell. Nothing proves that rule quite as much as these shades… 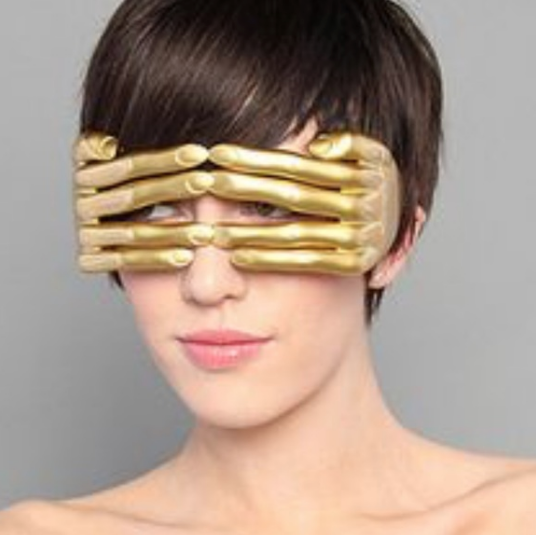 This particular pair of “Hands Sunglasses” cost a mere $175. A small price to pay for literally the worst, ongoing game of peek-a-boo ever.

The designers responsible are Linda Farrow and Jeremy Scott, who have been good enough to embellish these ghastly glasses with their logos, so we know exactly who to blame for this crime against eyewear. 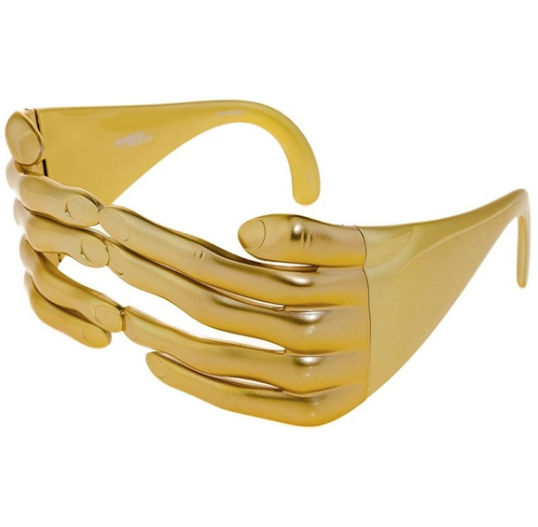 I think the gold colour is particularly tasteful, don’t you?

I personally feel that the notion somebody is constantly covering my face (and most likely about to demand my wallet) to be an extremely comforting one. Thank goodness I’ve stumbled upon these beauties and all my dreams of being mugged can come true.

But if you’re more of a fan of the “au naturale” look then Farrow and Scott have got you covered! They were good enough to release the “sunglasses” in a flesh tone, so they blend perfectly into your face… 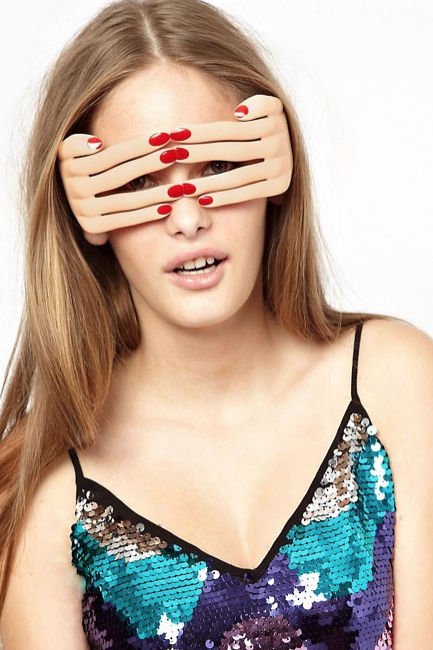 That poor, trapped model, she’s never getting out of that headlock.

If you were to opt for this more “neutral” look then I’m afraid you wouldn’t be in for a bargain. This version of the glasses cost $176 IN THE SALE.

They were originally being flogged by ASOS for $292.

It just goes to show! Money can’t buy you taste! 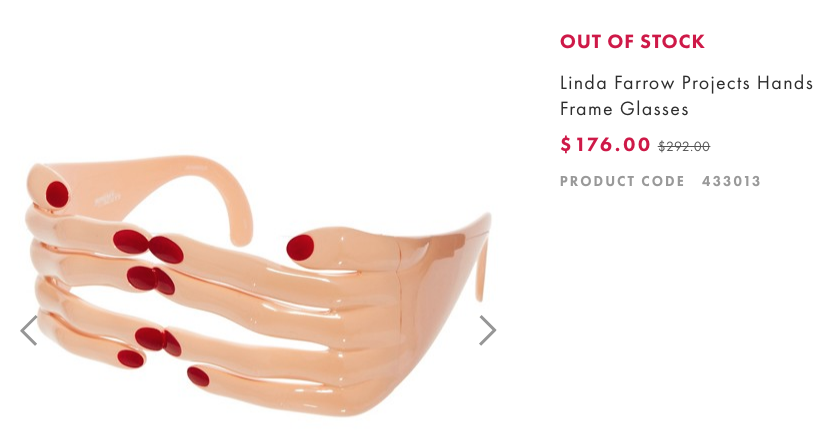 But it would appear nobody really cares about looking good because these bad boys have sold out.

On the upside, they’re not available to any more people to seriously damage their reputation. On the downside, it means Farrow and Scott are absolutely rolling in their cash because people are idiotic enough to lap up these nightmarish face shields. 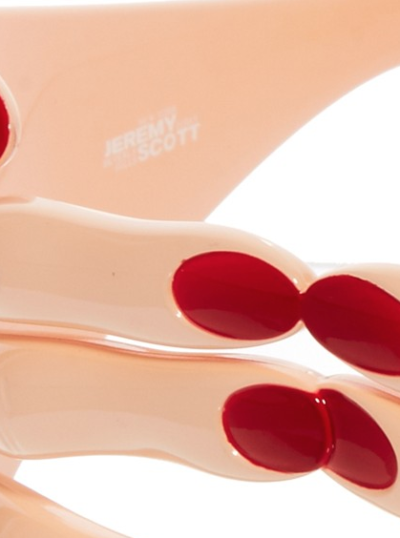 I hope you’re proud of yourself Jeremy. Inflicting the world with this red-nailed nonsense.

Okay, so maybe people are just wearing these as a joke? Sure, it’s an expensive joke and it’s at best mildly-giggle-worthy, but whatever floats other people’s boats right?

WRONG. People are actually trying (and failing, I might add) to look cool in these things… 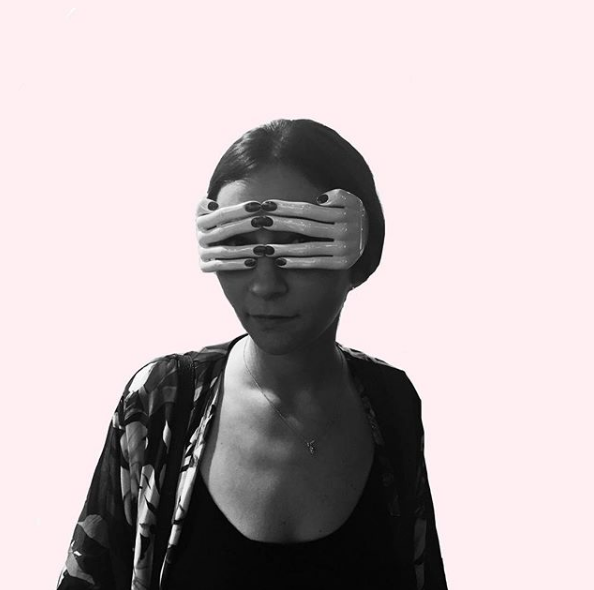 It’s a good job this woman is existing in a featureless pink void where there’s nothing for her to bump into. She’s half blind from those glasses remember, any slight decoration could be lethal. 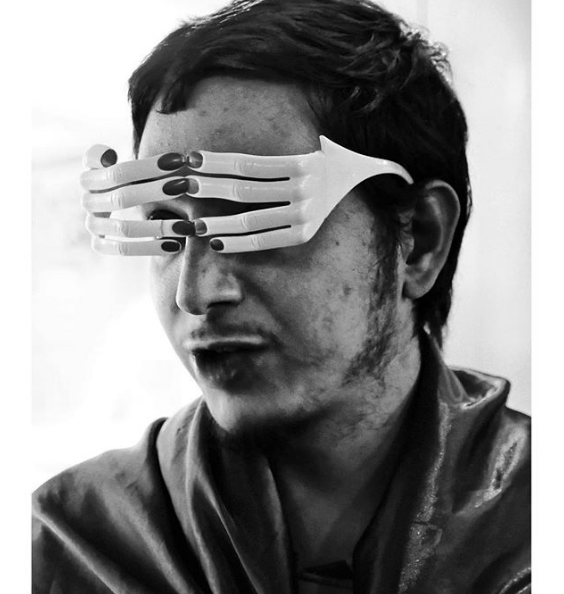 A particularly artsy shot that I am desperately hoping is ironic.

“It’s like, we’re semi-blind to the injustice of the world, man. It’s like we can’t see man’s greed, man, and the probability he’ll happily spend three figures on a pair of tatty sunglasses before investing that money into charitable causes… y’know?”

That’s right, my poor child. Hide your eyes from this world, ’tis a sad and scary place where sunglasses like this exist and are sold for a huge profit.

On a more serious note, these so-called “sunglasses” are offering absolutely 0% protection from the sun and UV rays. In fact, they’re barely shading the eyes at all!

If anything they’re a dangerous addition to any wardrobe, they’ll only obstruct the view of those silly enough to wear them and potentially endanger the rest of us who never consented to this foolishness!

Will you be running to purchase your own pair of Hand Sunglasses?! Don’t forget to let me know in the comments which of your friends would rock this look!