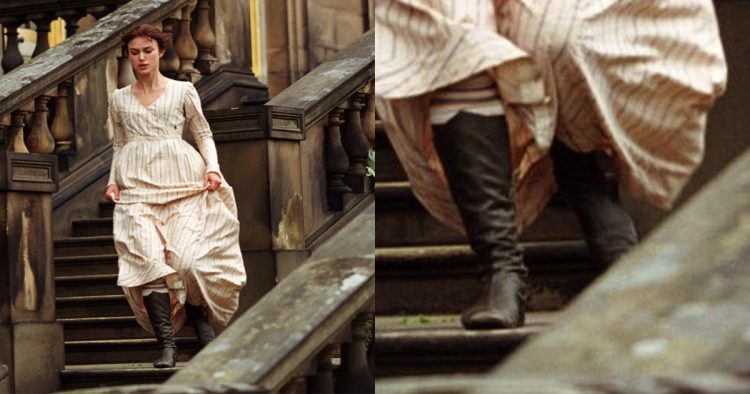 Jane Austen’s Pride and Prejudice is one of the best-loved novels of all time, and after the success of the 1990s BBC TV mini-series adaption, the 2005 Pride and Prejudice starring Keira Knightley had some big shoes to fill. Unfortunately, they chose the wrong footwear with which to do so. We see Knightley’s Elizabeth wearing rubber Wellington boots, which were not popularised until around 1820; while the story is not set in any specific year, it is thought to be earlier in the 19th century. 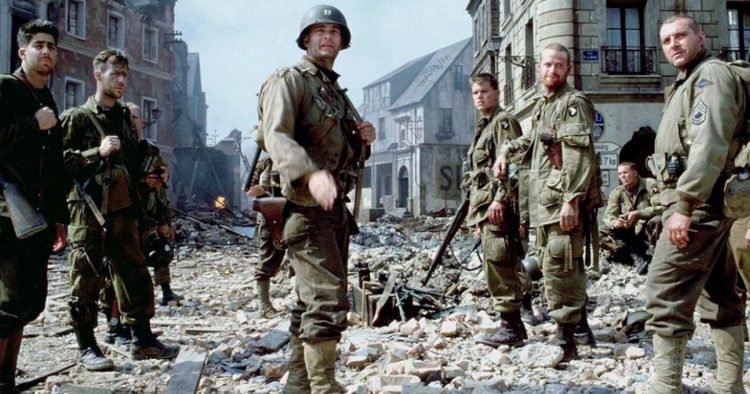 After presenting a brutally realistic take on the Holocaust in Schindler’s List, Steven Spielberg took a similarly unflinching look at the front lines of the Second World War with Saving Private Ryan. Yet despite the film’s eye for realism, there are some minor slip-ups, particularly when it comes to footwear. Some of the soldiers, Matt Damon’s Ryan among them, wear black boots, but these were standard dress for the US Army at the time.