These Unsettling Pictures Show The Dark Side Of The Wild West

As many of you know, the Old West era was a time of expansion and opportunity. You could go out into the wilderness, build a dream home and create your town. The Great Migration began on the east coast in the 18th century, destined for the western frontier. Pioneers traveled across the land by choice, some to escape persecution and harsh living conditions, but for most to start a new life in an unknown land. 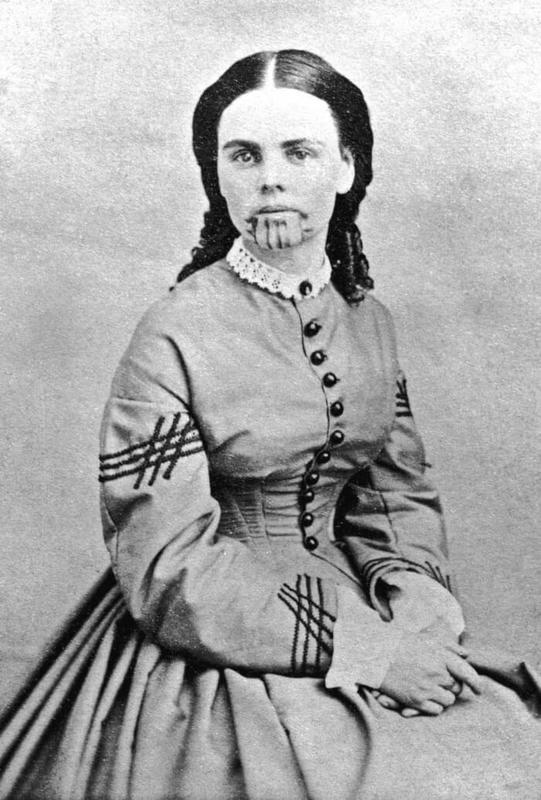 In 1851, when she was only fourteen years old, Olive Oatman’s parents were killed by a tribe of Native Indians in present-day Arizona. She and her sister were spared, but were enslaved and later sold to the Mohave tribe. Oatman spent several years with the Mohave tribe, during which her sister died of starvation. Finally, after five years of being carried off, Oatman returned to white society, but not without scars from her experience.

The tale of Oatman was told for years to come, with the story resonating with the media of that time, especially because the Mohave tribe now branded her by the blue tattooing on her chin. Though her story was publicized to warn Americans of the savagery of the Indians, much of what happened during Oatman’s time in their custody remains widely unknown. 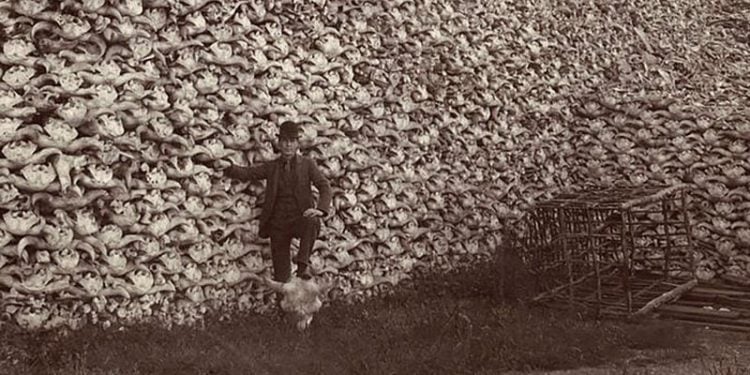 In the 19th century, Bison were hunted so much that they were almost to extinction. They were solely hunted for their skins, but their meat was also of value as well. One of the major causes of the Bison’s decline in numbers was habitat loss, which was the direct result of the expansion in North America during that time. Also, the animal was hunted by both the Native Americans and the newcomers, meaning that Bison was in high demand.

This photo was taken in 1882 and shows just a small portion of the Bison skulls that were gathered. The remaining bones were left to decay on the ground. What people in that time didn’t know is that the decline of Bison, also meant the decline of a major food source, especially for the indigenous people, putting them in a very difficult position, to say the least.