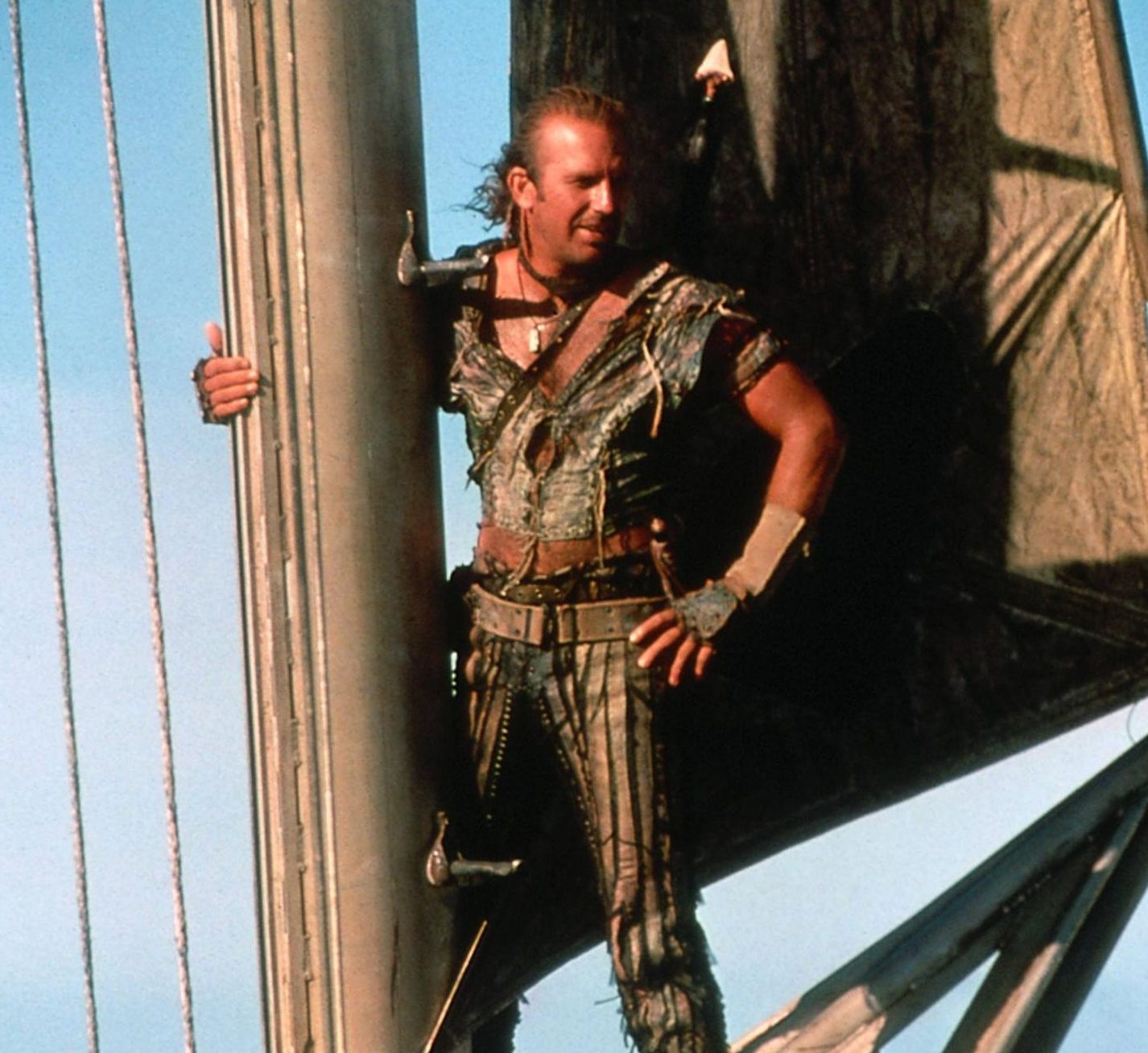 Kevin Costner was at the height of his action hero fame when Waterworld came along. Always keen to do his own stunts, on Waterworld Costner found himself at greater risk than ever before, with one scene requiring Costner’s unnamed Mariner to be tied to the mast of his trimaran boat.

While shooting the scene, a sudden localised storm whipped up whilst Costner was bound, meaning the actor’s life was briefly at genuine risk – not just from the ocean below, but from the helicopter shooting him a mere 20 feet overhead. Thankfully, Costner also had stunt doubles, including pro-surfer Laird Hamilton.

Costner did the bungee and zipline stunts himself 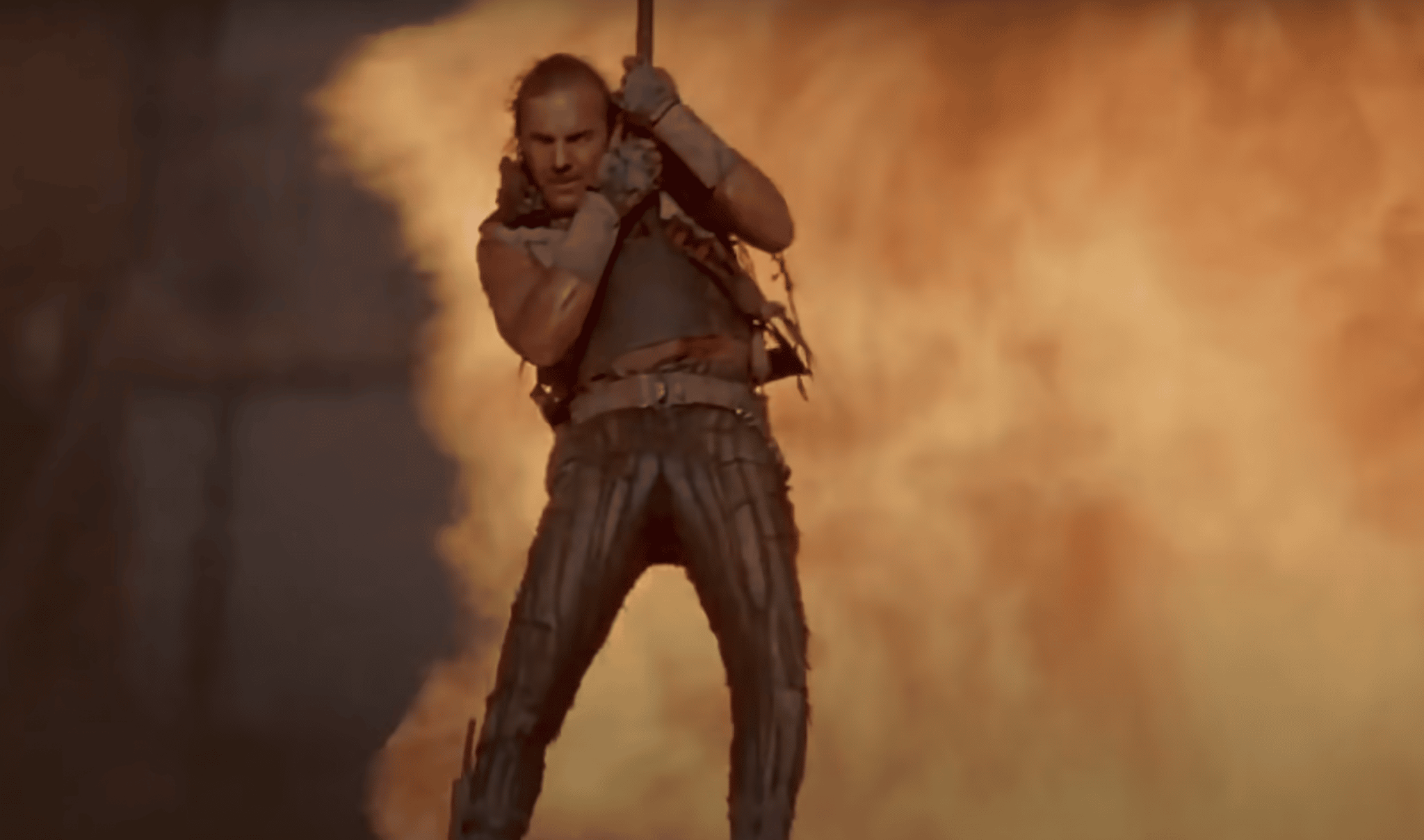 Kevin Costner had a number of experienced stunt doubles for some of Waterworld’s more challenging physical feats. It really was Costner, however, who performed the moment the Mariner spectacularly rides a lengthy zip line from high above ground.

Costner also performed (on his very last day of filming) the bungee jump that occurs during the final showdown with the Smokers. The actor didn’t actually leap from a floating hot air balloon, but from a platform in a studio parking lot in front of a giant bluescreen. The shot they used is of the only time the team pulled the stunt off.