This Adorable Cat With Four Ears Is Called Yoda And He's Finally Found His Forever Family!

This Adorable Cat With Four Ears Is Called Yoda And He’s Finally Found His Forever Family! 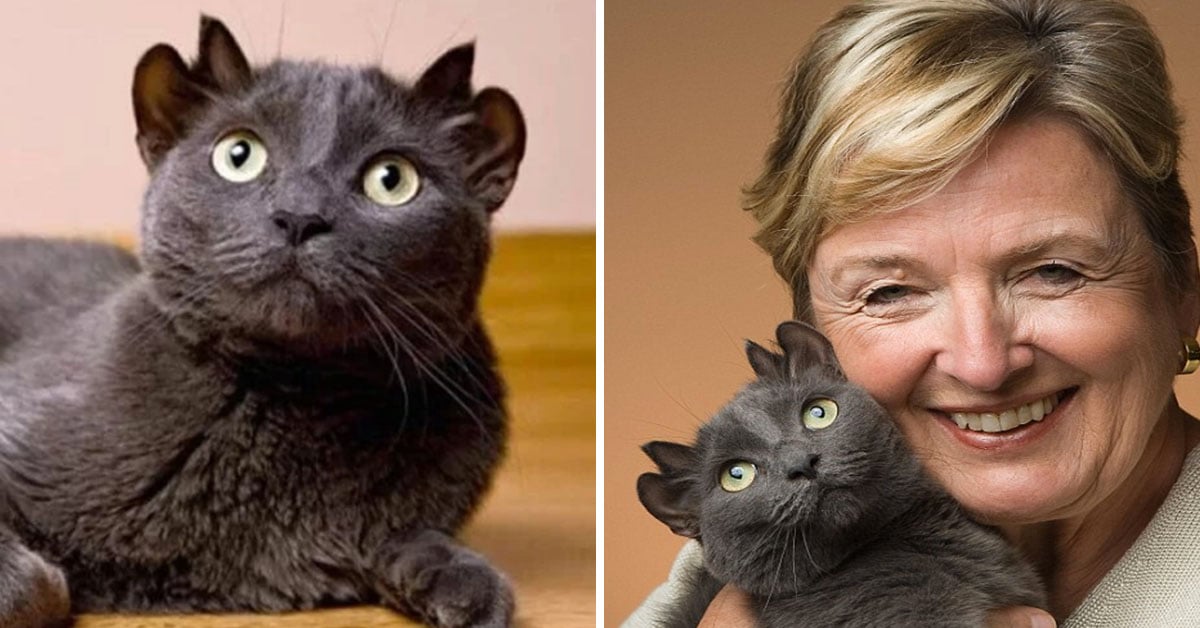 Yoda the house cat is riding quite a prolific wave of internet fame after images showing off his adorable four-eared furry face were shared across social media by animal lovers everywhere. People naming their pets after characters from sci-fi films is by no means a new phenomenon; however, Yoda the cat, on the surface at least, seems much more in keeping with the sci-fi heritage than your everyday feline… and in the most loveable way possible!

Yoda is just over 2 years old and was taken in 2 years ago by Valerie and Ted Rock from Chicago.

Valerie and Ted stumbled across little Yoda in a bar near their home, where the little four-eared kitten was being passed around by baffled bar patrons. Little Yoda (and yes, it’s killing me to not write this article in the famous Star Wars characters fractured grammar!) was part of a large litter of kittens and the owners were looking for a home for him.

65-year-old Valerie and her husband had not long lost their previous cat of 20 years (I imagine that one must have been called Lazarus!) when they were introduced to Yoda.

Even though they were convinced that they would not be getting another cat, this little four-eared fur-ball managed to change their minds. ‘We were at a pub on the south side of Chicago with a group of friends when we noticed a small cage sitting on the bar and people passing around a kitten,’ explained Valerie.

‘He had been part of a large litter and the owners were looking to find a home for him.

‘When he was passed around he reached for Ted, crawled up into the crook of his neck and fell asleep – Ted was a goner.’

The pair asked if they could adopt the cat, and decided to name him Yoda after the well-known Star Wars character – whom it is believed was actually originally named after Lucas’ own cat!

They took the then eight-week-old Yoda to a vet to have him checked over, and to probably ask what the deal was with the extra ears! Thankfully, Yoda seemed to be healthy and his hearing is perfectly normal.

Valerie did explain that the vet was baffled by the extra ears though:

‘We began to realise that we had something very special. As a result, he has been an indoor cat and has a chip installed in case he gets lost. Yoda is so different that we were concerned that he might be catnapped.’ Yoda’s extra ears are actually ‘flaps’ that do not function as ears and are separate from the base of his skull.

Other cases of four-eared cats are few and far between, but there are still occasionally some which pop up, such as these little felines:

Yoda doesn’t let his extra ears get him down though, and is a perfectly normal cat who, as it turns out, has a particular fondness for bread… who doesn’t though!

‘[H]e is a perfectly normal affectionate, curious cat and is a joy to have around, ‘explained Valerie. ‘He is not afraid of anything and is very sociable unlike some of the other cats I have owned.

‘But he does have an interesting obsession with bread – I can’t leave bread on the counter for a moment. And when he purrs, it is not audible. The only way I know that he is purring is to put my finger on his throat to feel the vibration.

‘He also is not very vocal. He meows, but only softly, and not very often which is a good thing.’ I love this fascinating little feline! Let me know what you make of Yoda’s extraordinary appearance in the comments below, and be sure to tag anyone you know who loves cats and would like this wonderful story!