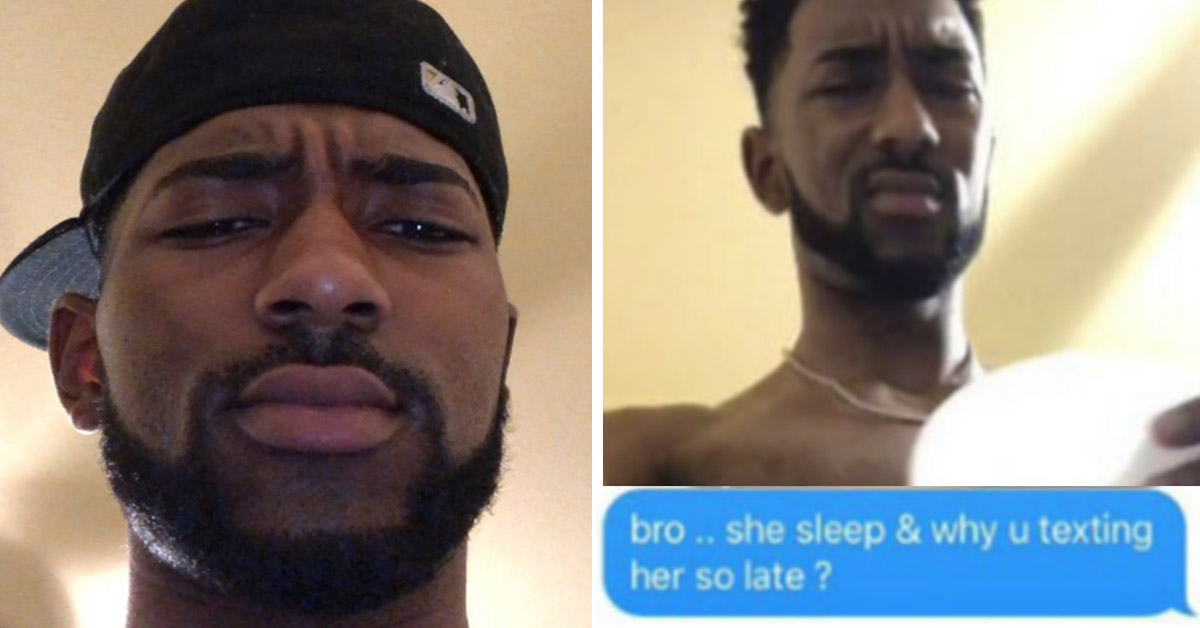 Women of the internet, rejoice! Our plight has been heard! Some kind soul out there really felt for girls trying to fend off creepy dudes sending them unwanted messages, so he offers his services as a fake-boyfriend! Trevor was aware that his female friends were often being harassed online/via text by men who would not get the picture they weren’t interested (we’ve all been there right, ladies??).

So Trevor stepped in in the best way possible, he provides photographs of himself for women to send to their creepy texters and claim he is their boyfriend. Legend. Obviously, in an ideal world, men would respect a woman’s disinterest in them romantically but we don’t live in that world honey’s.

We live in a world where men only back off when another man appears to be a threat. Because some men don’t understand a girl saying no but they absolutely get it when another man steps in and tells them so.

What a time to be alive. Trevor isn’t just providing photographs and then disappearing, he takes pride in his work! Classic wyd texting my gf face… we’ve all got one… Genuinely what an absolute blessing this man is! It takes some serious empathy to realise women you’ve never met are struggling and that you can help in a very simple, but seriously effective way.

Fans have been sharing how they use Trevor’s photos to get rid of creeps on the internet who refuse to leave them alone. The results are spectacular… BOOM. TREVOR TO THE RESCUE.

Isn’t it HILARIOUS how men SUDDENLY turn into a melting heap of “sorry bro, didn’t realise bro, lol lol lol, idk man, just wanted to be her friend lol” once another guy shows up? You could be saying “thanks but no thanks” for five dang years and they wouldn’t leave you alone, show them one photo of a dude looking mad and they’ll back off to the other end of the world. I DON’T PAL BUT DID YOU THINK HER DEFEANING SILENCE EVERY SINGLE TIME YOU TEXT WAS A HINT TO LEAVE THIS GIRL ALONE?!??! DID YA THINK?!? If you’re in need of Trevor’s services (I’m so sorry gal, nobody should have to go through this) then you can access his sassy-fake-boyfriend-photos right here.

As Trevor points out, if things are really not going well there’s always the block button. So make sure you use it if you feel it’s become necessary.

Of course, it’s sad that we live in a world where this kind of thing is needed at all but it’s good that Trevor took the initiative to freely share these photos for women to feel a little safer on the internet! I salute this amazing guy!

Will you be using Trevor as your fake boyfriend from now on? Or do you think this issue needs solving in a different way? Tell me all about it in the comments below! And be sure to share this with a friend in need! Stay safe, stay sassy xox