This Man Spends His Life Believing He's A Dog

This Man Spends His Life Believing He’s A Dog 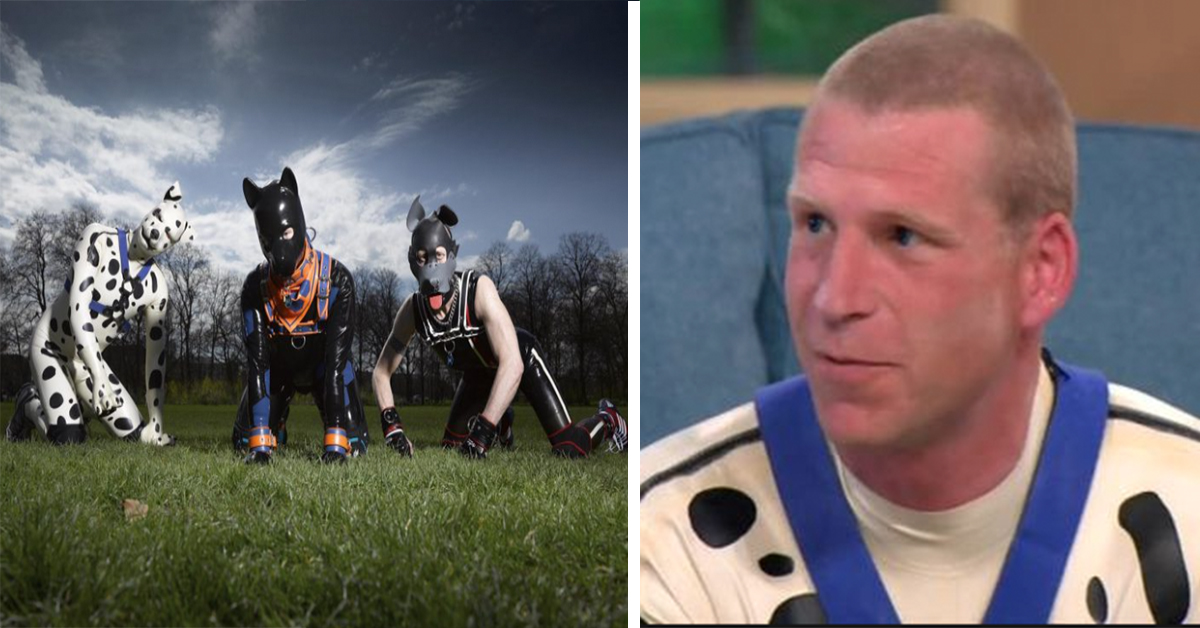 Sometimes I get in after a busy day of moaning about other people and just generally being a bit of a grump, I look over to the dog and think “now that would be an easy life”…

Dogs live an enviable existence- they are loved by their owners and often give the same perks of being a human but without any of the drawbacks. They don’t have to go to work, they never need to worry about money, their food magically appears every day, they poop where they like and live out their days content and comfortable whilst being waited on hand and foot.

Think of all those belly-rubs, the scratches behind the ear…

And the knowing that you never need to put clothes on… ever. Well, unless you’ve got owners that insist.

These thoughts are purely just fantasy though. I mean, no one can actually morph into a dog. Not yet anyway, you never know what kind of scientific advances they’ll make in the future.

Tom Peters -a lighting and theatre technician by day- decided he couldn’t wait that long.

He thought ‘why should we be the subject of such a stressful day-to-day routine whilst pooches breeze through life without a care in the world?’. So, he donned a canine bodysuit and joined them.

Not only does he dress like a dog (Dalmatian to be precise), he eats from a bowl, puts on a leash and gets walked… on all fours. And, believe it or not, he even sleeps in a cage. 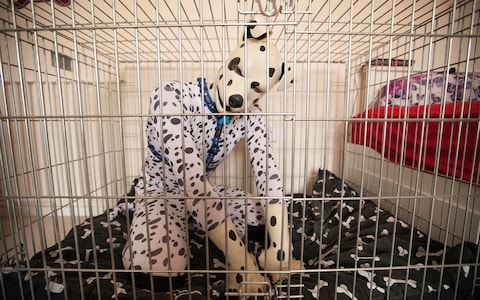 I mean the initial transition probably wasn’t the smoothest. Imagine visiting a friend, you notice what looks like a dog in the corner and you think “awww, who’s this little gu… OH MY GOD THAT’S A HUMAN IN A DOG COSTUME”.

Now’s probably a good time to mention the term ‘method actor’. Something some of you may be familiar with- these are actors or actresses that literally take on the role of the character they’re playing in real life, so that they can best represent them on screen. So, if you’re having trouble understanding Tom’s behaviour, use that as a reference.

He’s even got a name; Spot. Inventive!

Turns out, there’s actually a whole community of people out there that do this or things very similar and it’s no joke.

Tom was recently asked to appear on the British TV show This Morning and he was so excited at the chance to show the world what he does and why he does it that he ran around the garden chasing his own tail for hours… probably.

In case you were wondering, his intentions aren’t weird or sexual, they’re actually pretty simple and when explained it all makes perfect sense… sort of.

“It is a lifestyle, it’s just escapism. To get away from money and the hectic lifestyle we have.”

See, why aren’t we all doing this? Ok, don’t answer that. But it definitely has it’s perks; for hours in a day Tom’s able to live a stress-free, fun-filled life. Plus there are other benefits too, he’s suggested that meeting up with other ‘dogs’ can lead to romances blossoming. Who knows, a whole litter could be on the cards soon.

Unfortunately, for 5 days a week, Tom’s dream of living that perfect pet lifestyle comes crashing down as he has to go to work and earn a living. But don’t worry he’s got human friends too- phew, I know you were worried.

His ex-fiancé of all people, Rachel Watson, is his best friend. And although the whole lifestyle change was a bit much to take in the relationship, she’s admitted that they’re now closer than ever. Although she doesn’t look too thrilled here… 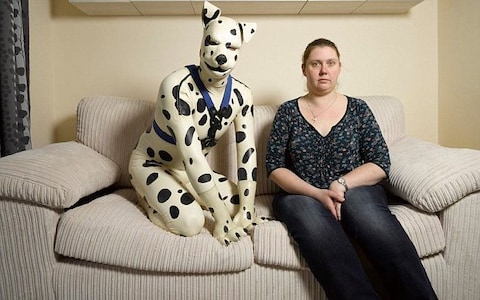 Watching a documentary called ‘Secret Life of the Human Pups’ helped her to understand Tom’s choices a little better and now she fully embraces his decision to don the mask and suit.

Whilst appearing on This Morning, Tom made a point that “we do role play as a child”, “so why can’t we do it as an adult?”. A fair point. Plus we might sit and snare at his activities, but he’s enjoying himself a lot more than we are half the time.

His commitment to his character is impressive, if you’re into that sort of thing. I just hope they don’t go around sniffing each other butts, well not in public at least.

What do you think of Tom’s doggy behaviour? If you could pretend to be an animal of your choice and escape judgement, would you? I think I’d go for something that suits my dream lifestyle a little better- a sloth.

Let me know what you think in the comments Acidheads!