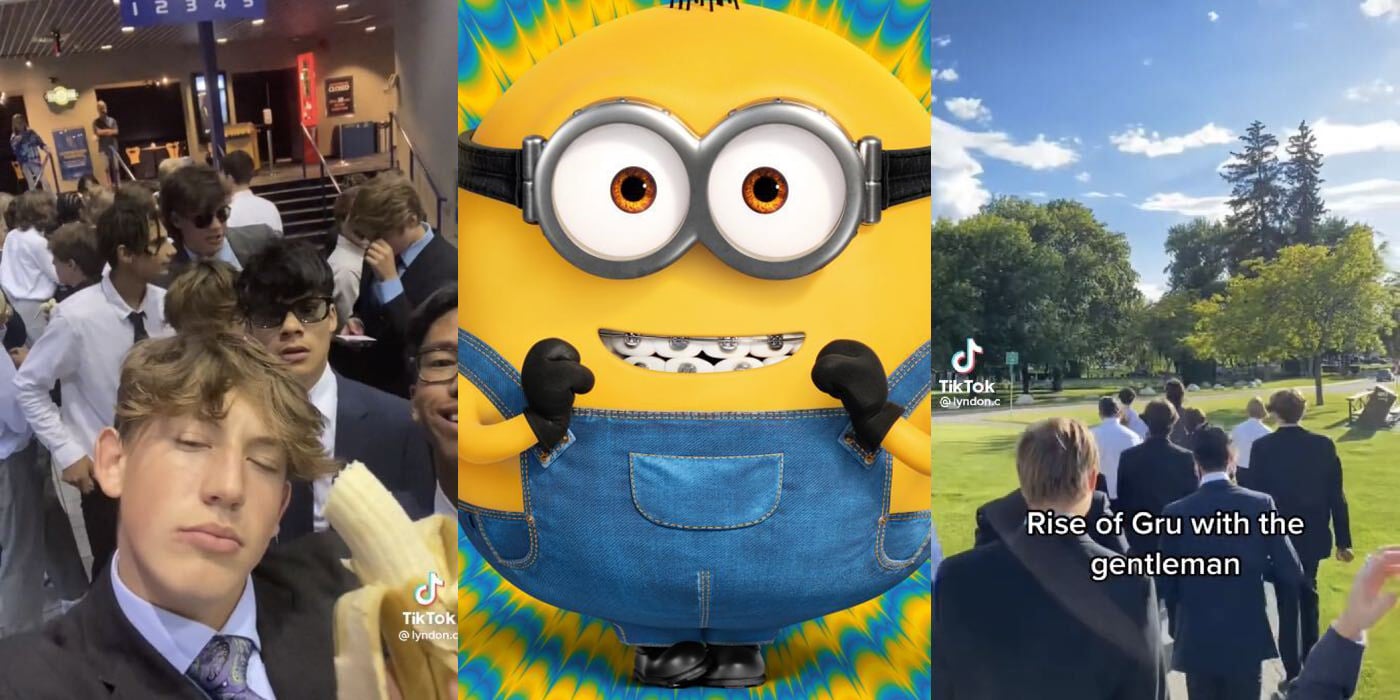 Some cinemas are banning young people wearing suits from screenings of Minions: The Rise of Gru thanks to rowdy behaviour brought on by a TikTok trend. Followers of the #gentleminions challenge have been accused of disrupting screenings by making noise and even throwing things. Staff are now trying to ensure younger children out on their first cinema trip are not harassed or frightened by the ordeal. Certain cinemas are reported to have offered huge numbers of refunds.

The videos, some of which have racked up millions of views, typically centre around hordes of teenage boys travelling to a cinema dressed in suits and copying the steepled fingers of the movie’s supervillain Felonious Gru. They celebrate that “the five-year wait is over” after the franchise’s last instalment, Despicable Me 3. But moviegoers have made complaints against those following the trend, claiming that chaos often erupts once these #gentleminions are seated. Guernsey’s only cinema had to cancel screenings of the movie blaming “stunningly bad behaviour” that included vandalism, throwing objects and abusing staff. 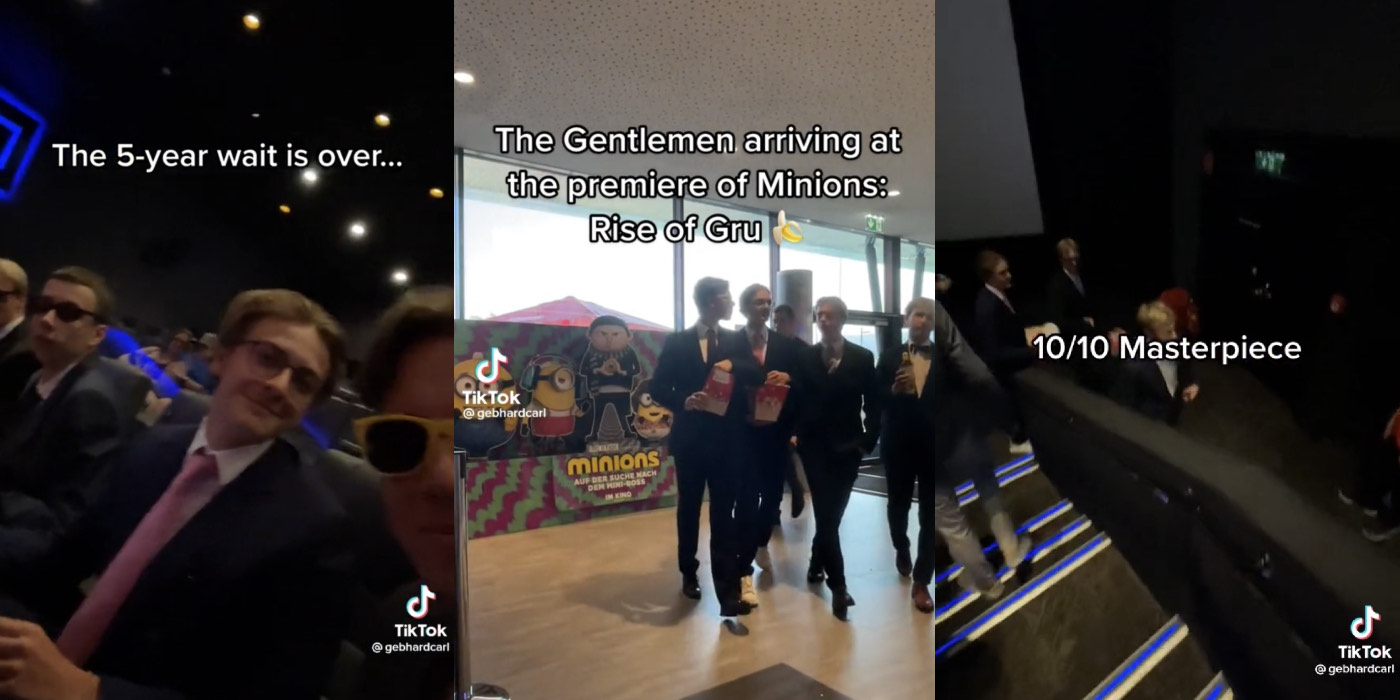 Mallard Cinema manager Daniel Phillips-Smith said: “It’s been absolutely heartbreaking. We’ve had families who won’t even go back into the screen when we’ve tried to sort it out, families leaving before the film has even started, and of course the children have been in tears.” The cinema has since suffered a “massive” financial impact from all the refunds for customers. The Regal Cinema in Wadebridge, Cornwall, posted a notice saying it would no longer admit “unaccompanied children wearing suits” to showings of the movie.

Box office staff said young people in suits have been “cheering, clapping, whooping” and rising to their feet throughout the film. “We were trying to talk to people on the way in after a while, but that wasn’t really getting anywhere. So we had to just decide to put a stop to it and say thanks very much, but we’re not doing the whole TikTok trend thing,” a staff member said. “We had people coming in with children for their first cinema trip ever and we wanted to protect that, really,” they went on. 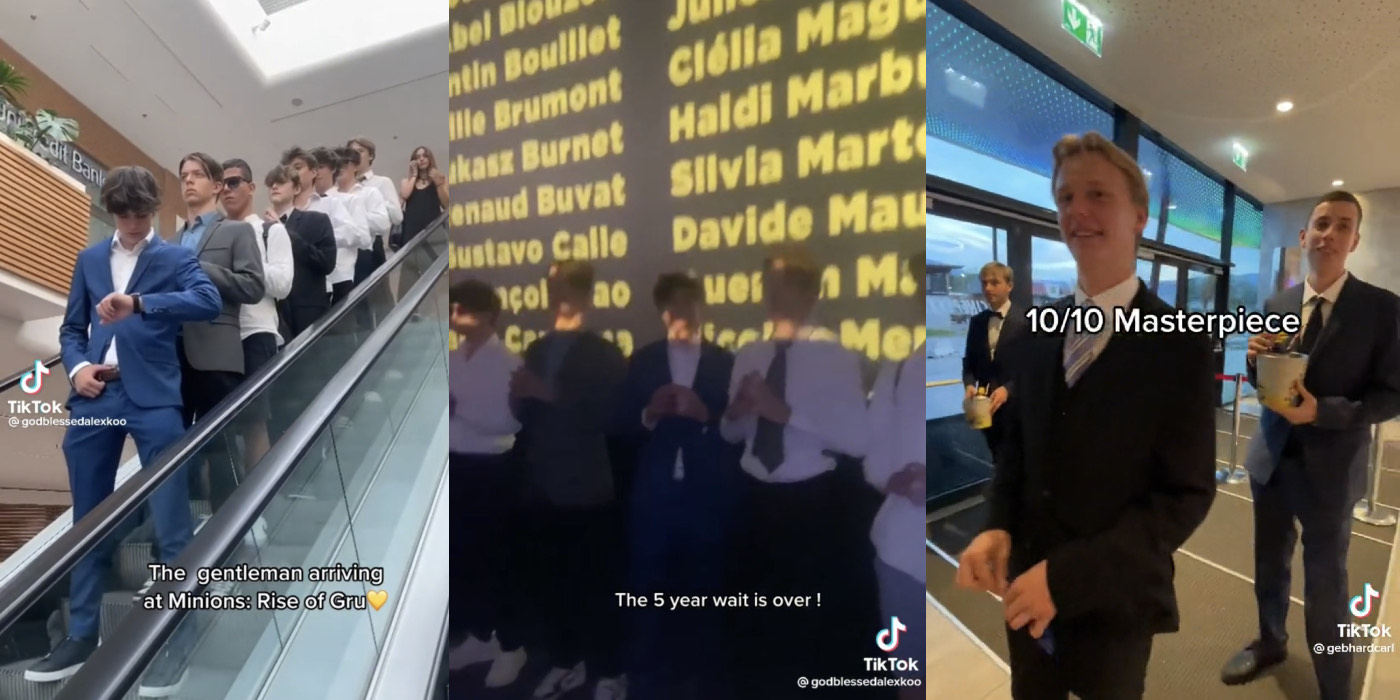 Pictures across social media showed several Odeon cinemas displaying signs that read: “Due to recent disturbances following the #GentleMinions trend, any group of guests in formal attire will be refused entry for showings of Minions: The Rise of Gru.” It’s not all doom and gloom, however. There are some moviegoers that are fine with the presence of #gentleminions. Teaching assistant Stace Woods said on social media that a group #gentleminions she encountered were “so much fun” and “so well-behaved”, even adding they politely stopped bowing down and worshipping a giant poster of Gru so her children could pose for a photo with it.

One parent explained that the ban on young people in suits had extended to two boys in his 13-year-old son’s group, who were only wearing white shirts with collars. They were reportedly turned away from their pre-booked screening until parents could drive down with a couple of jumpers to cover the potential #gentleminions attire. A spokesperson for the Odeon said: “Due to a small number of incidents in our cinemas over the weekend we have had to restrict access in some circumstances.” The Vue cinema chain, however, said it was still welcoming all customers to see the film, which had been “incredibly popular” over the opening weekend. 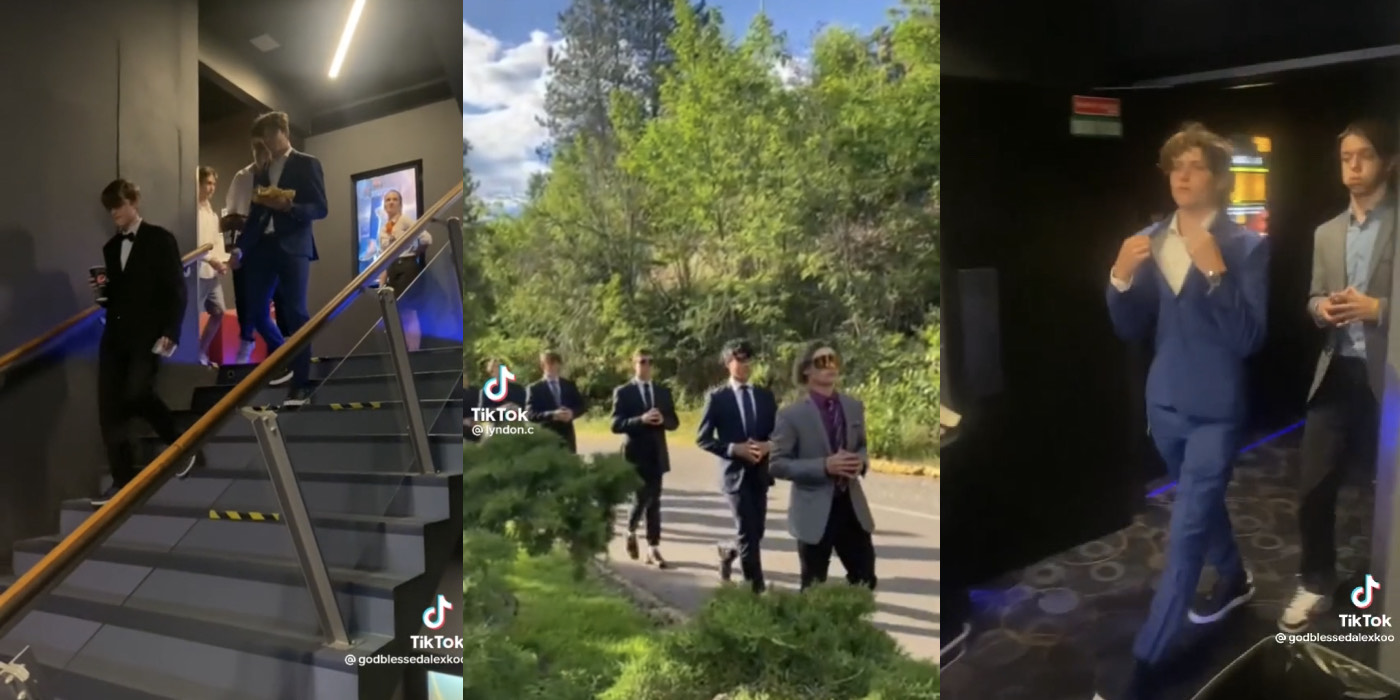 The Minions movie franchise, which began with 2010’s Despicable Me, follows reformed supervillain Gru and his army of small, yellow henchmen, who became synonymous with memes your mum shares on Facebook.

After being delayed for two years due to the COVID-19 pandemic, Minions: The Rise of Gru had its world premiere at the Annecy International Animation Film Festival last month. It was released in the United States on July 1, 2022, by Universal Pictures. Critics have praised its musical numbers and entertainment value for children, while criticism was mostly directed toward the film’s plot (and probably the #gentleminions). The film has grossed $219 million worldwide, making it the tenth-highest grossing film of 2022.