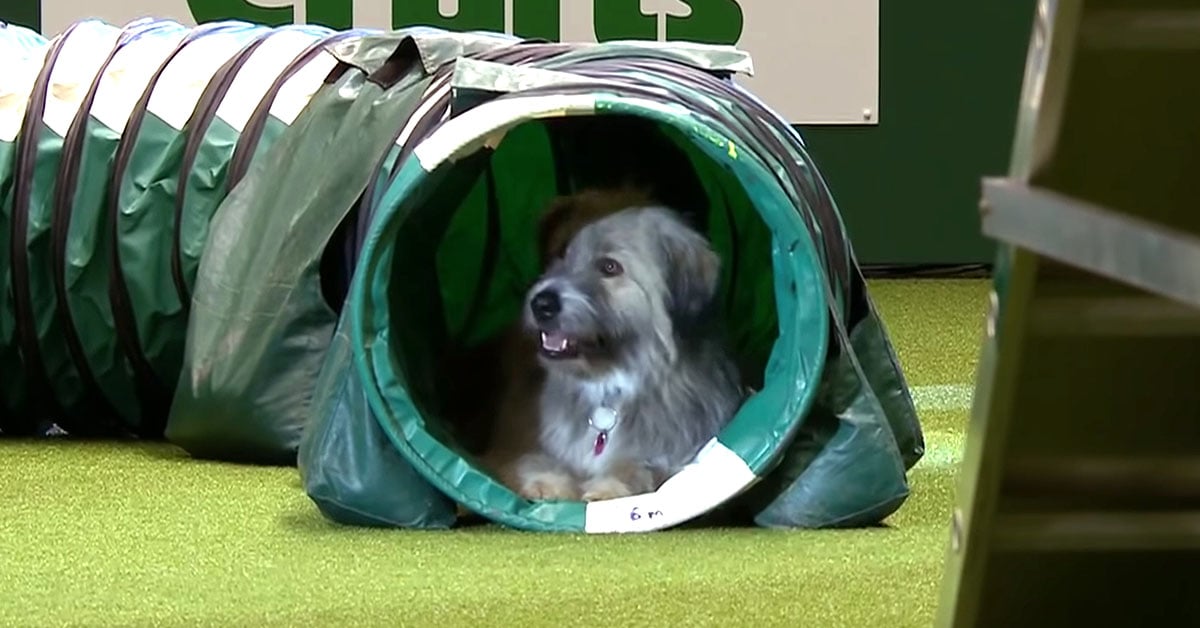 I don’t know about you guys, but for me, this has been one freakin’ LONG week. That is, until, I discovered my newest spirit animal; Kratu. And who exactly is Kratu, you may be wondering? Well, sit back, relax, and get ready to fall in love…

The Kennel Club, which is in Birmingham, a popular city in England held its annual dog show, Crufts (maybe you’ve heard of it!?) last week, and I gotta tell you, it did not disappoint. But, let’s face it – dogs never really do disappoint, do they?

There did happen to be one adorable, furry little entrant who didn’t entirely knock it out of the park, so to speak, but he certainly tried his best… well… okay, that’s a little bit of a stretch too.

And who is this cheeky little chappy I’m speaking of, you may be wondering? Kratu is a Carpathian-Mioritic mix was entered into the Rescue Dog agility course grounds at the prestigious Crufts show for his second time and this year gave an absolutely, 10/10, terrible performance. No, seriously, it was truly, truly shocking. But it was also entertaining a HELL.

Okay, so maybe Kratu is not so fast, nor so agile out on the course, but boy oh boy he sure knows how to have a good freakin’ time! And after all… isn’t that what life is truly about!?

Either way, spectators fell head over heels in love with the little Romanian rescue who just could not be bothered navigating his way through a series of hurdles and tubes etc what. so. ever.

You see because, to him, the arena was just one giant playground surrounded by a crowd that showered him with affection no matter how well (or, not so well) he performed.

And you can see for yourself exactly what I mean by watching Kratu’s not-so-agile course run in the YouTube clip below.

See what I mean now? Who COULDN’T love performance as bold as that!?

As mentioned before. this is actually Kratu’s second year representing Woodgreen in the dog show after his lackadaisical (aka carelessly lazy) run went viral (obviously) and captured millions of hearts from all over the globe last year.