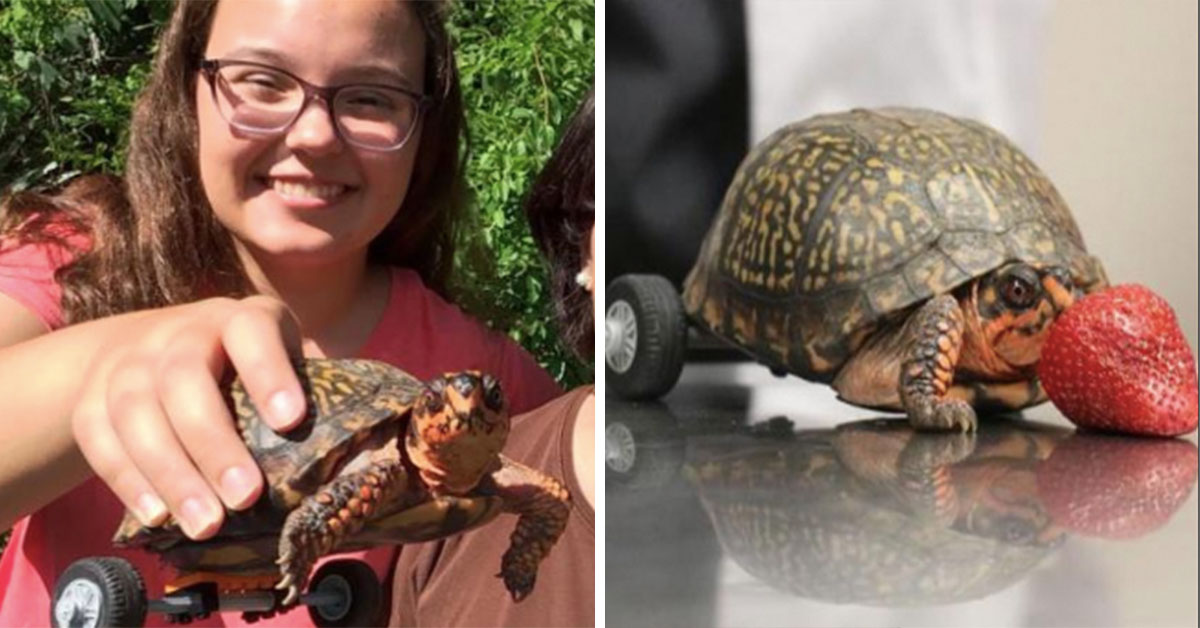 Pedro the turtle has won the title of the only reptile in the world to have its own wheelchair. Yep, you heard that correctly…

It’s probably not a title you’d long for, but a title nonetheless.

When Pedro unfortunately lost his back legs he was left unable to navigate as well as he should be able to.

Vets were unsure if Pedro would ever be able to walk again after his limb loss, as a case like Pedro’s had rarely been seen before.

When little Pedro was first adopted he was already in a bit bother, missing one of his back limbs.  That was until he managed to escape and when he finally made his way back home, he’d got in to even more hot water, having lost another limb along the way. 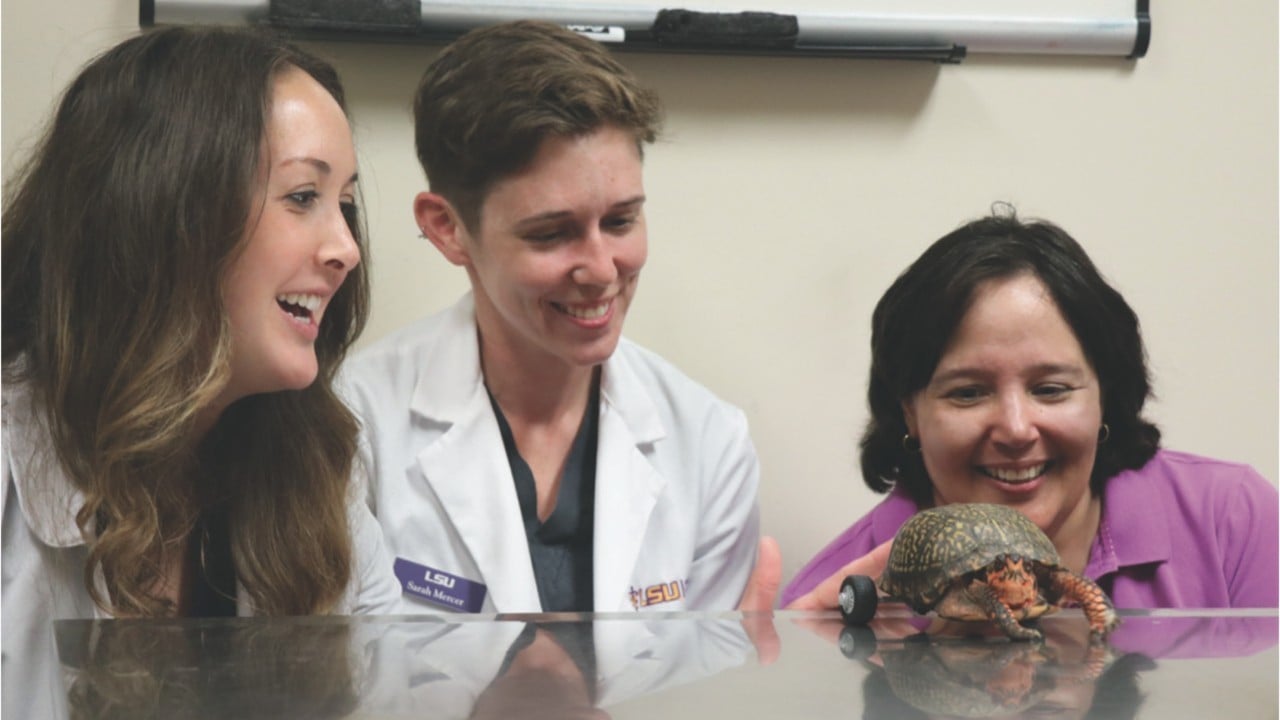 Where Pedro’s little adventure took him still remains unknown, but it must have been quite the eventful one. He’s well and truly earned his title of quite the clumsy little creature.

Following his arrival, his owners took him to Louisiana State University’s Veterinary Teaching Hospital to try and find a way to help him navigate life with a bit more ease.

Despite missing two back legs, he wasn’t actually diagnosed with any distinctive physical disability.

“There was nothing medically wrong with him.”

The vets just put his ‘condition’ down to being a ‘clumsy little pickle’ instead.

Catch me if you can. 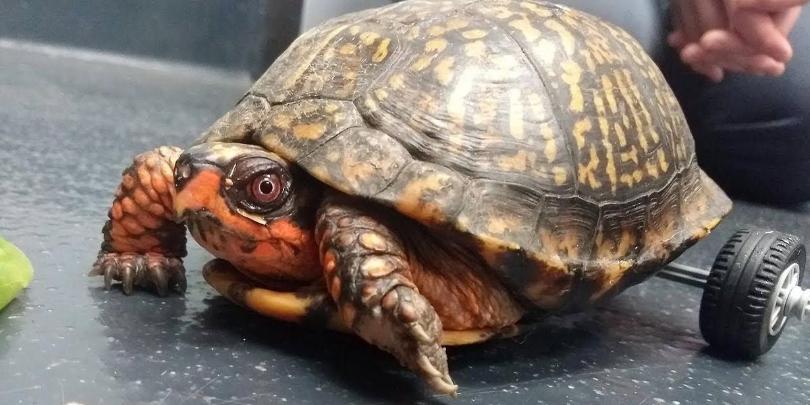 He went on to add:

“But of course he didn’t have any back legs, so our doctors quickly had to figure out what they were going to do.”

The geniuses at LSU’s School of Veterinary Medicine put their brains together to come up with a solution for Pedro’s slight mobility issue.

After a brainstorming session, the professionals settled on a walking device that they thought would solve Pedro’s problem. And it’s certainly not what you’d expect…

Who would have thought that a Lego car kit would go on to be actually life changing.

He’s taken to them like a fish to water. 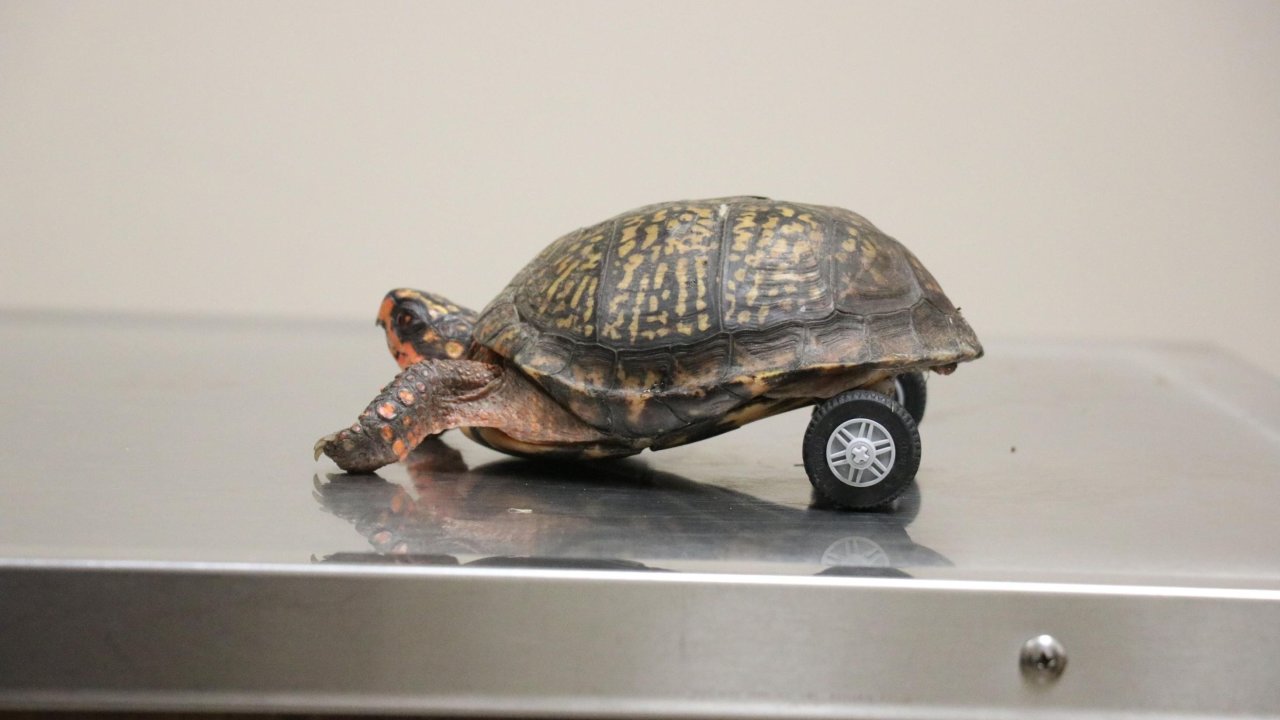 Once they realised that the little contraption could actually be the solution they were looking for, they did some further investigation.

One of LSU’s zoological interns, Sarah Mercer, sourced the kit and deconstructed it of the useful parts, including those hot wheels. They then fixed it with some syringe parts and animal-safe epoxy. The wheels were now ready to be put in to motion!

They did, of course as would be expected, face a few bumps along the road:

“We had to make the axles long enough to fit his body. We also made it so they could come off to clean Pedro. We used epoxy to attach Pedro. The same epoxy that’s used on horseshoes.”

Is it me, or does this look like an overly ripened banana to you? 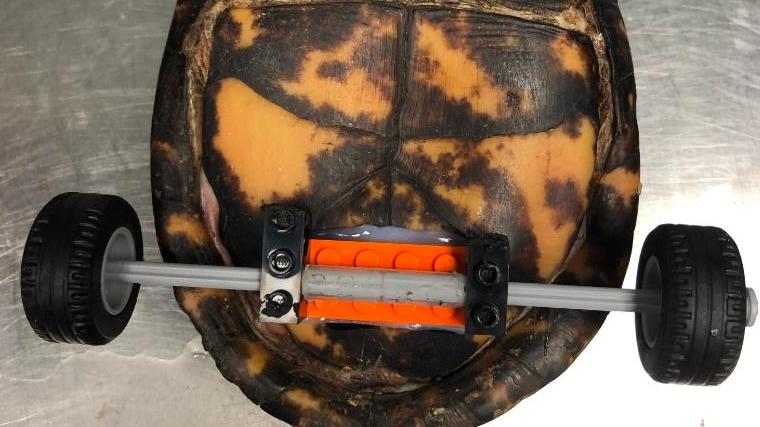 Sarah shared how rewarding the whole experience was:

“Vet school can be hard at times. But sitting on the floor with my classmates and mentors all laughing in delight as we watched Pedro roll around for the first time, that was a moment of pure joy.”

In no time, what was once a toy for kids to waste their days away with had become a mobility device to help a struggling animal to find its feet (and legs) again. 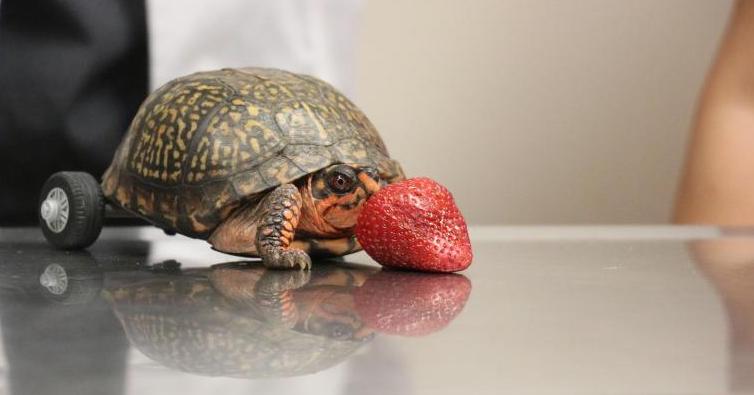 It’s the perfect set up, with the wheels being detachable which means Pedro’s shell can be cleansed often to keep it sterile and preserved.

“Veterinary medicine often requires this MacGyver-like quality. I would say the majority of special equipment we use has been fashioned or re-fashioned for a specific case.”

So, it might sound a bit far-fetched to use such an obscure piece of ‘equipment’, but it’s actually more common than you’d imagine.

Don’t even TRY and compete with him for food. He WILL win… 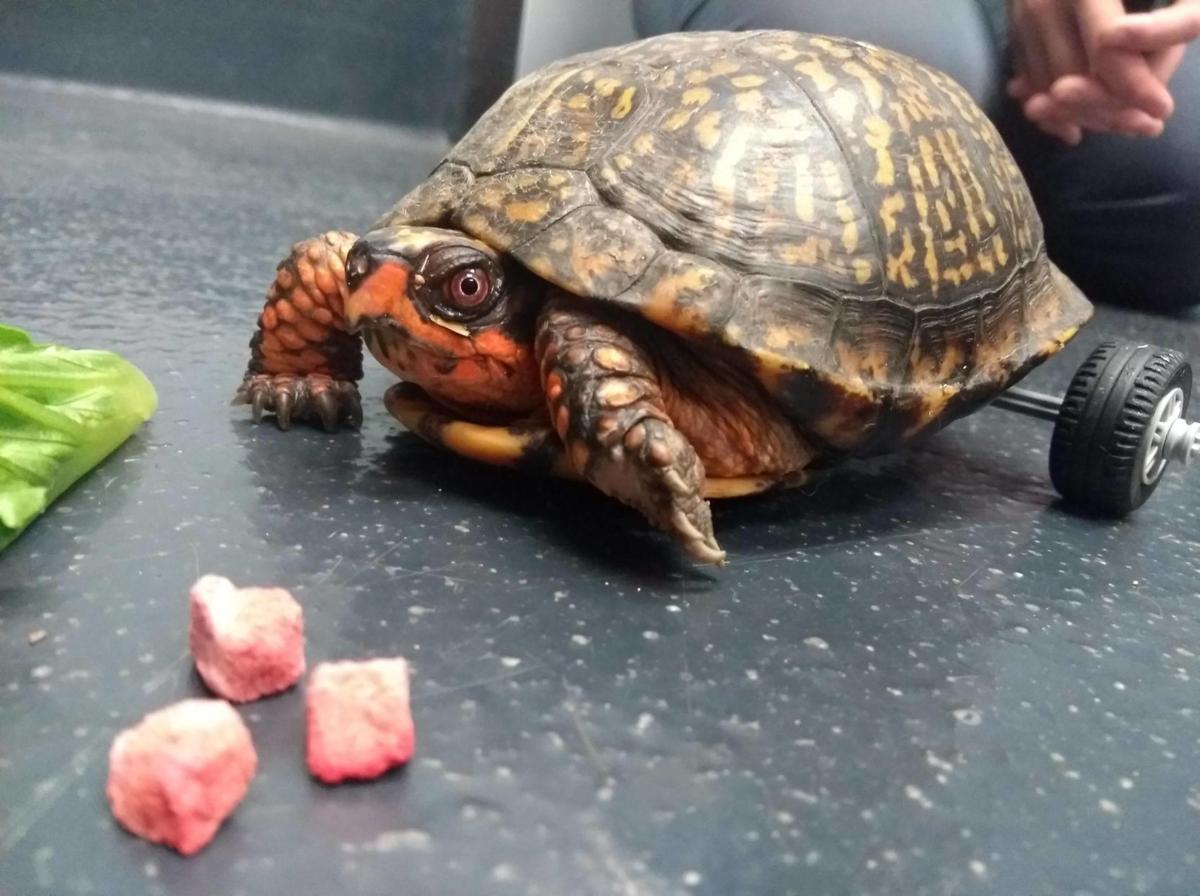 It serves for the vets to be creative geniuses as well as medicinal geniuses. They really have got it all, haven’t they?

Reinforcing his point, Guttner revealed that his team at the hospital once designed and crafted a mini fountain to keep fish alive while they performed an endoscopy. They’re an absolute fountain of knowledge these guys! 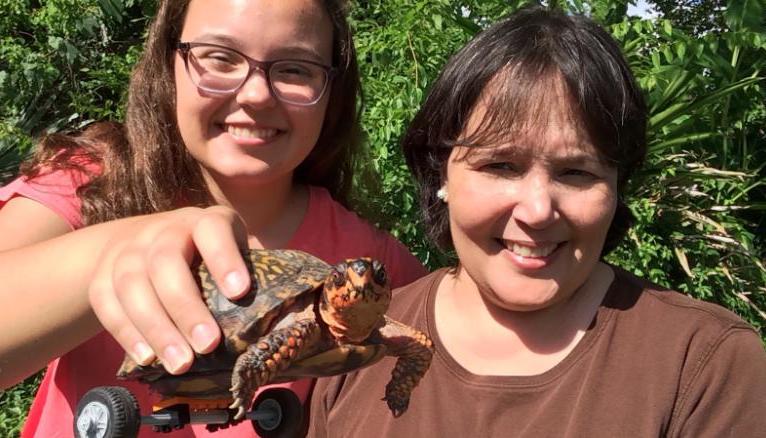