This Woman Claims To Be A 'Breatharianism', "Feeding" Herself Through Breathing Exercises & Tea

This Woman Claims To Be A ‘Breatharianism’, “Feeding” Herself Through Breathing Exercises & Tea 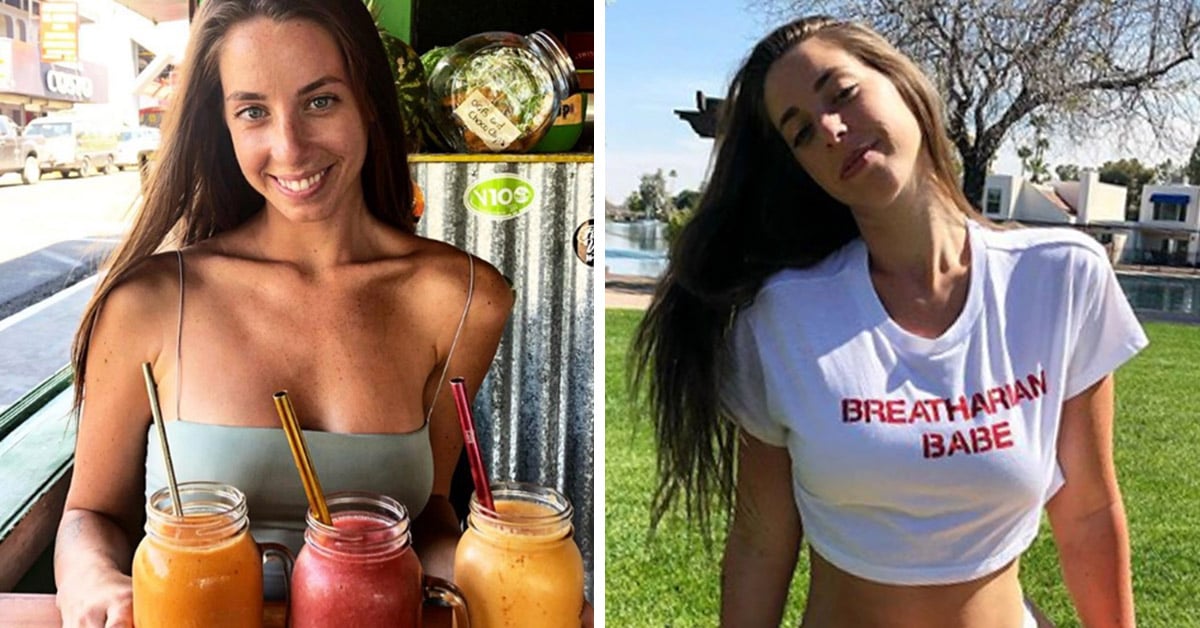 These days you can’t move for proudly titled; pescatarians, vegetarians, vegans, no gluten folk, no sugar folk, no fat folk, no carbs folk, and no orange food folk. The list is endless! But have you ever hear of breatharianism???

If the answer is no, that’s probably a good thing… Meet Audra Bear, a twenty-five-year-old woman from Minneapolis. Audra claims she’s had a lifelong passion for health and healing and this fascination has lead her to many weird and wonderful places on the journey of health.

The strangest stop this journey has taken? You guessed it; breatharianism.

It’s Audra’s belief that forty minutes of breathing exercises every day allow her to be sustained on nothing more than smoothies and tea. That’s right. The idea of this gal’s balanced diet is breathing. In a shocking turn of events, a nutritionist has pointed out that this practice is potentially ‘harmful’ (d’ya think?!?!? She’s not eating solid food?!?! Of course it’s dangerous) and also stated that there is “no scientific evidence breathing offers essential nutrients.”

But of course, you already knew that didn’t you? Because you’ve existed in the world as a human being and you’re aware of the bare necessities that allow us to exist, such as eating something other than oxygen. Audra has defended her lifestyle, saying;

‘This is not about restriction or living in lack. Living in this way is very big step away from a traditional life but the lifestyle also brings about so much abundance, health and happiness. That is where my focus will always be.’

Bear’s longest fast was for a whopping 97 days, only “eating” pureed fruits and vegetables. Bear follows a pranic lifestyle, she describes it as such;
“Prana is another word for energy, also known as Qi or Chi. It is a life-giving force that flows in, through and around all things, it’s in the air we breathe, the sunshine, nature, connections with people and all living things. It is a powerful energy that actually has the ability to fuel and sustain us as humans.” First things first let’s get her out that tree…
Audra does concede that she east the occasional meal if she happens to be out with family and friends… but I just cannot imagine being able to go back to a diet of air and sunshine after stuffing my face with cheesecake.
Although Audra may claim to breathe in energy and Prana and sunshine and all that jazz I can’t help but be a little concerned for her. In an age where women are consistently pressured to look “a certain way” these diets (consisting of such little food it’s laughable) can be seriously dangerous. Oh god damn it, now she’s stuck in a flaming rock. GET OUT OF THERE AUDRA, WE’RE ALL VERY CONCERNED.
Audra has over four thousand followers on her Instagram page, whilst she certainly seems to promote a message of love and acceptance it’s worrying to think that she is promoting a lifestyle that encourages others not to eat solid foods.
Again, I’m not doctor, but from my basic understanding of survival, I hear it’s highly recommended to, y’know, EAT STUFF. Oh God, they’ve got T-shirts…
Whilst I think it’s admirable and commendable for people to lead vegan and vegetarian lifestyles (which can save the environment and the lives of millions of animals worldwide) these diets seem to have less to do with health and more to do with the shock factor…

Would you be interested in practicing this kind of lifestyle? Should I be more open to such ways of life? Let me know what you think in the comments!