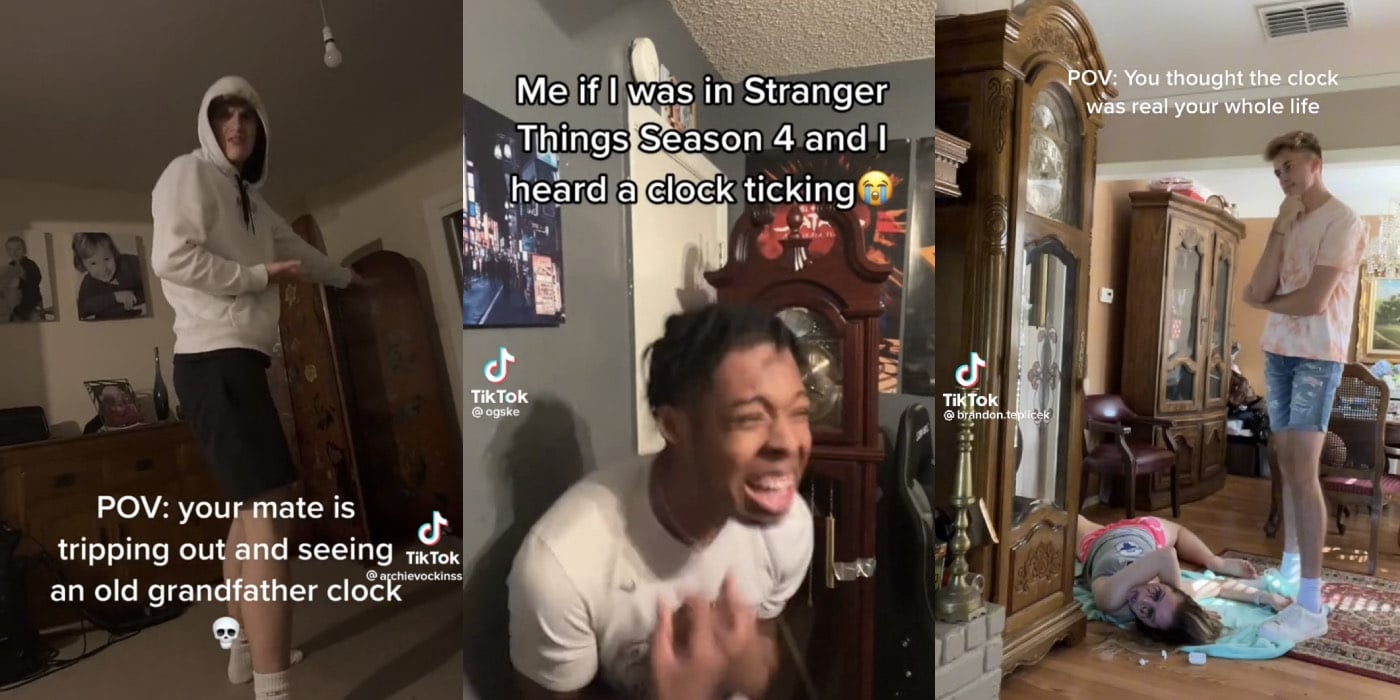 What are your experiences with grandfather clocks? Probably not great. You see one and think: old stuff, ghosts, horror, haunted house, people screaming, bad things in general. Now you’ll think of Stranger Things.

The Duffer brothers promised Stranger Things 4 would be their darkest and scariest season yet and by all accounts they weren’t lying, with a generation of TikTok users now threatening away their grandfather clocks after watching the latest episode of the Netflix smash.

Episode one of the fourth season was released on Friday 27 May to much acclaim and even more dread. Beside the daunting new villain Vecna, fans are also exposed to a grandfather clock, which was teased ahead of the official trailer’s release. 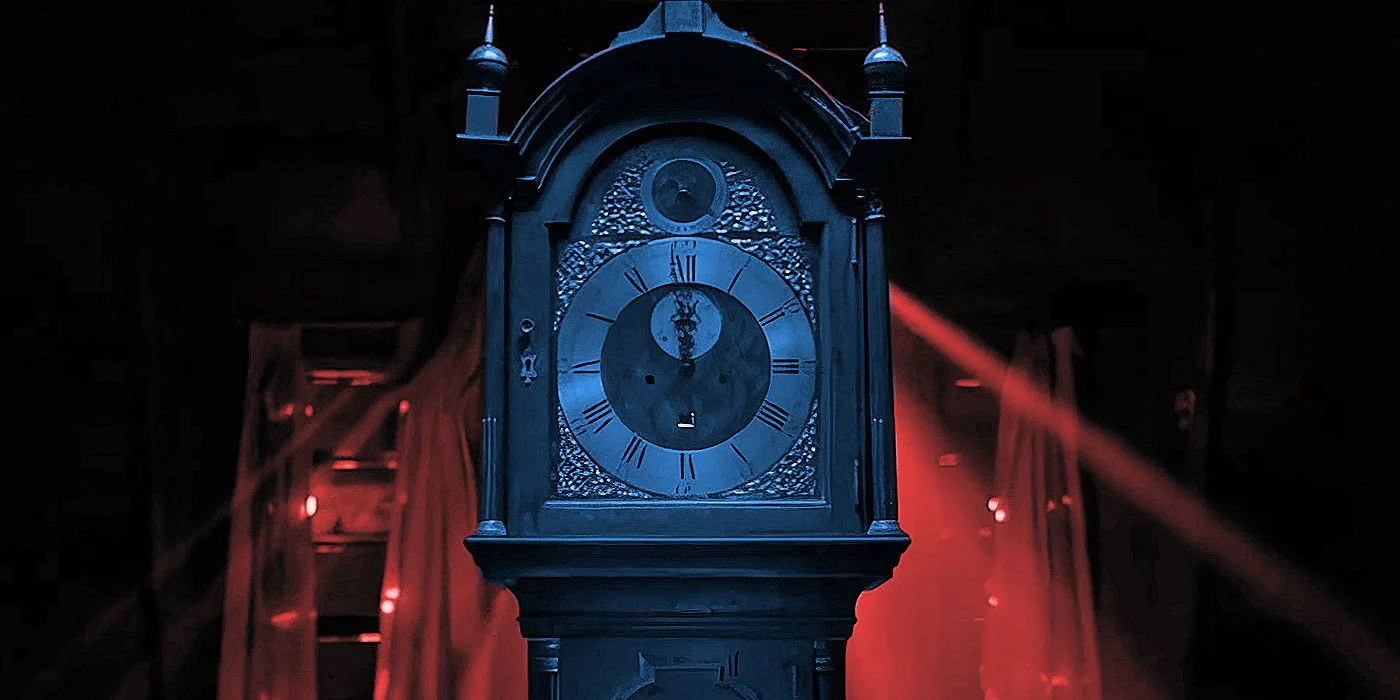 At the end of the first episode, Max is caught in the clasp of Vecna after seeing the clock. The only way for the rest of the Stranger Things gang to bring her back into the real world is to play her favourite song through her headphones. The song, Kate Bush’s ‘Running Up That Hill’, salvages Max. It also skyrocketed in streams since debuting on Netflix.

But it’s the clock we’re talking about here. The team over at Strange Things HQ have played a blinder in getting something that goes tick-tock to go big on TikTok. Users across the globe are now posting parody videos of themselves being cursed by their grandfather clocks. One TikTok has a girl showing her followers that she possesses an eerily similar clock with Bush’s song in the background. “Ok now I’m afraid,” the text reads.

One user in the comments asked, “Do u have any headphones…” to which she joked, “They are broken I’m done for.”

Another user filmed herself walking around her home only for her grandfather clock to come into view. She quickly grabs her headphones before pretending to run off crying. “I am throwing our clock away ASAP!” she captioned it. 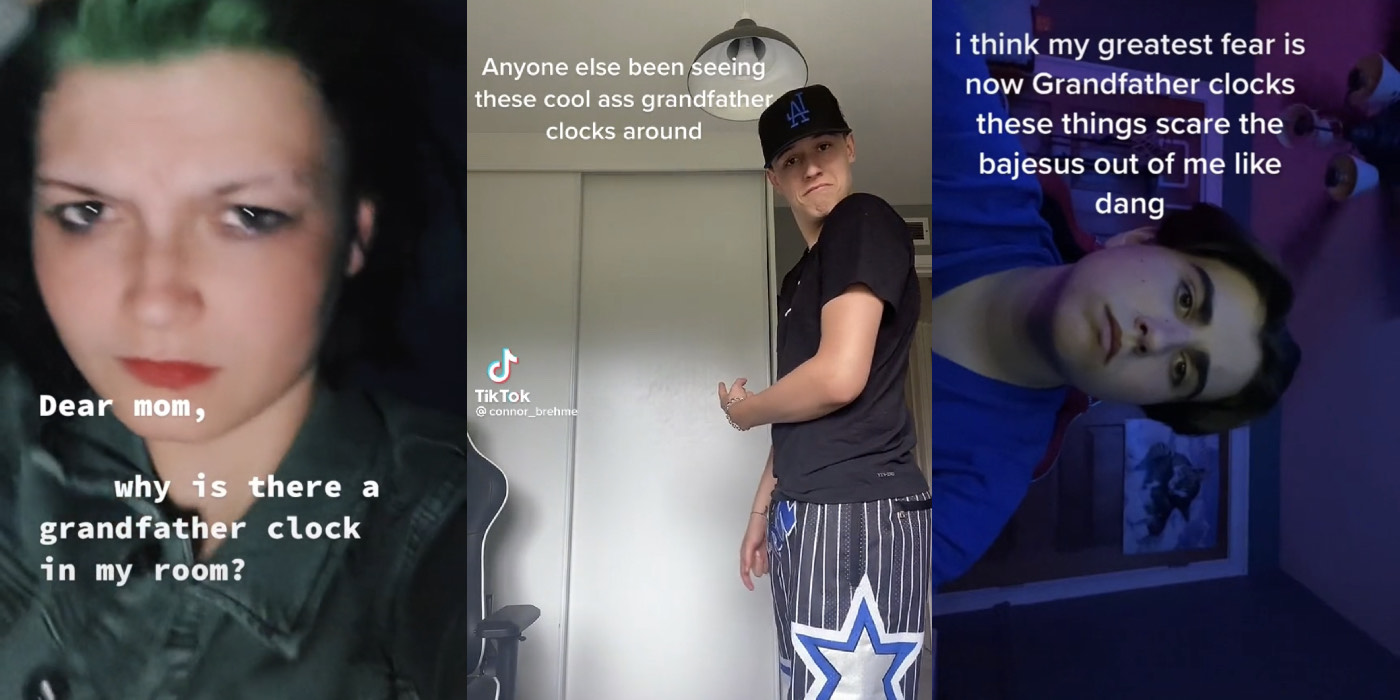 Then a third video captioned “Get that clock away from me…” shows a girl walking out of a room with the haunting ticking sound in the background. The lights then turn to red. A text then reads, “POV: You hear this sound.”

You might be wondering why Vecna’s victims see the clock in their visions. That’s because Grandfather Clock is a sign to tell the victims that it’s finally time for them to join him. Every victim of Vecna sees the clock in their vision and dies within twenty-four hours. By the end of the first part of Stranger Things 4 ended, it still wasn’t fully clear what more Grandfather Clock has to do with Vecna. Multiple fan theories are doing the rounds, with some suggesting that it might be the ultimate portal for the upside-down. It’s got the people talking!

Great marketing, great content, from a show that definitely wasn’t created to produce content and memes and is now having to develop something of a story. It’s no surprise that Stranger Things 4 has officially become Netflix’s largest ever premiere weekend debut for an English-language series. According to the streaming service’s newly released Top 10 rankings, Stranger Things’ new season was viewed for 287 million hours during the week of 23–30 May.

This record was previously held by season two of British series Bridgerton, which drew 193 million hours over its premiere weekend. Apart from the fourth season, Stranger Things’ first three seasons also made it to Netflix’s Top 10 list as fans re-watched the series in prep for the new one.