TikTok Boom: How Gen Z is covering the threat of nuclear war 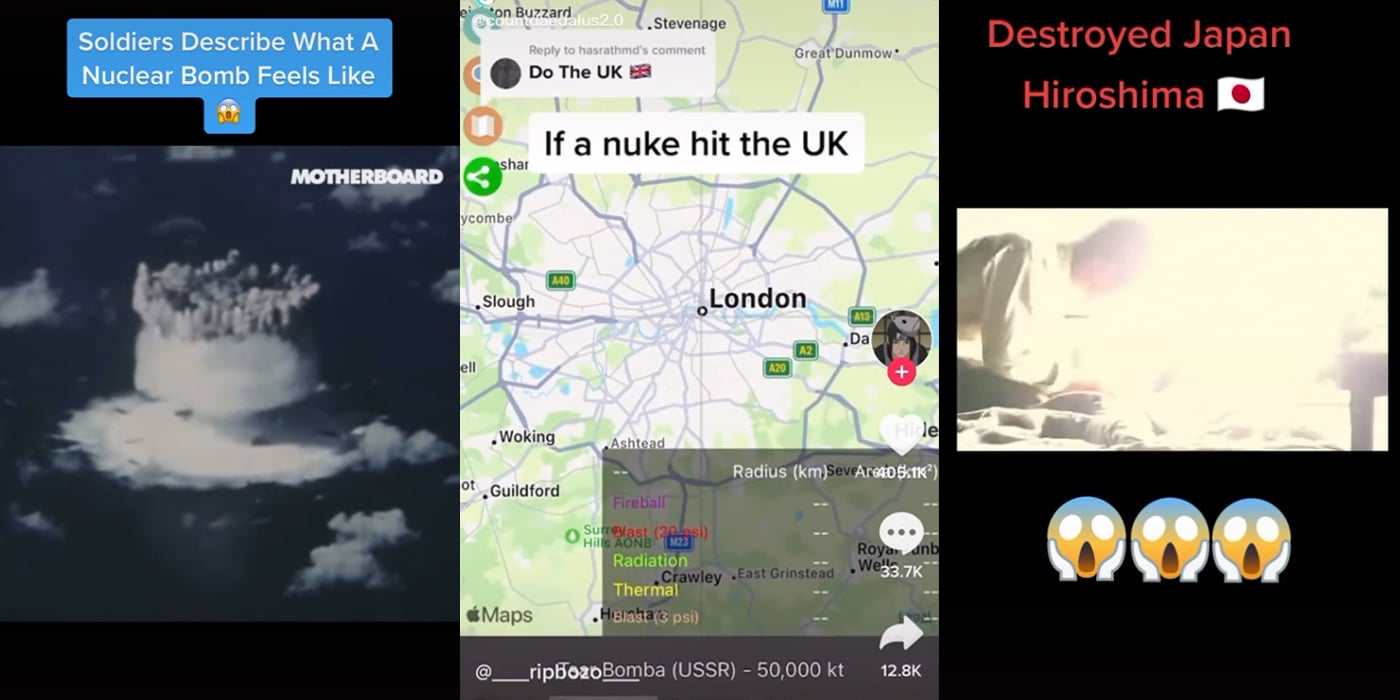 The ongoing crisis in Ukraine has much of the world on edge, with fears that things might escalate into a worldwide armed conflict; and, given some remarks that have come out of Russia, anxieties about nuclear war are higher than they’ve been since the 80s. This being the age of social media, these anxieties have inevitably made their presence felt on TikTok.

Users of the popular app are instead finding their phone screens lit up not with scenes of lip-syncing and dancing, but actual footage from the front lines in Ukraine – along with simulations of the projected impact of nuclear devices, and advice on what to do in such a situation. TikTok’s content inspires mixed responses at the best of times, particularly among the older generation, for whom social media is always bewildering and invariably deemed dangerous – so questions are inevitably being asked about this new trend. 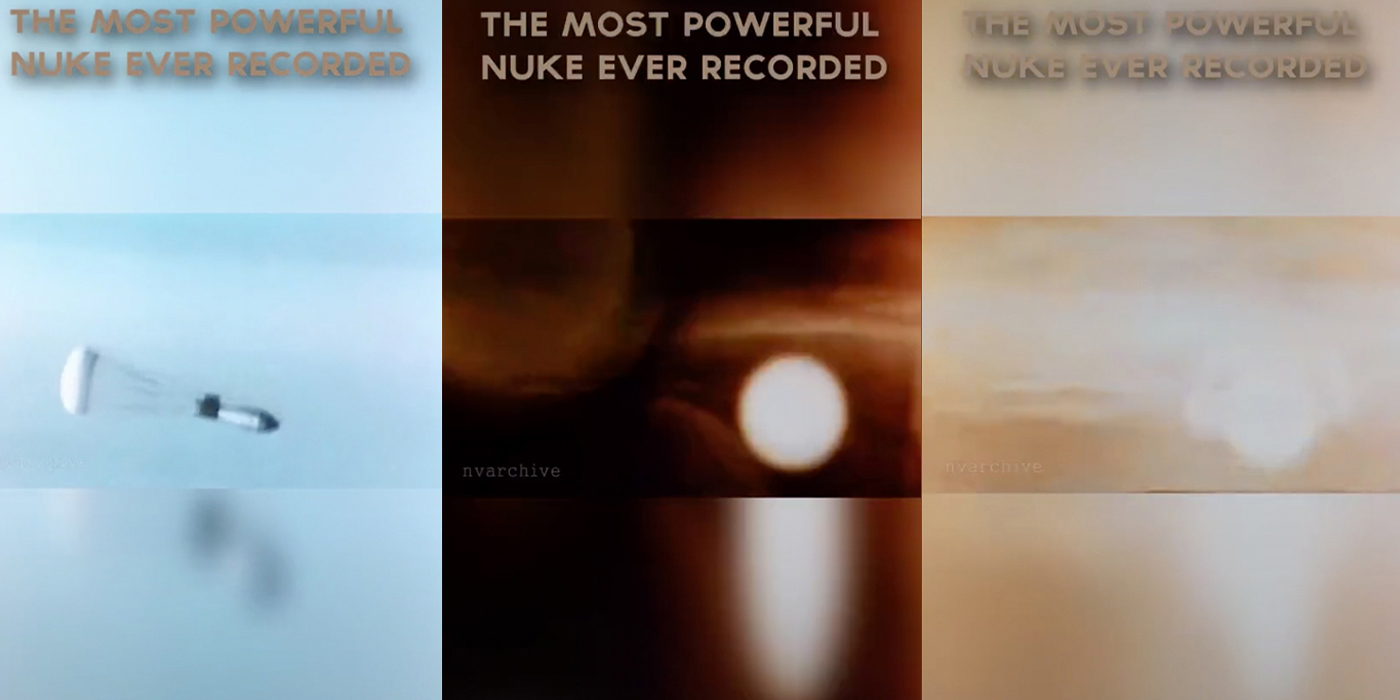 Do TikTok videos about nuclear war have actual educational value, or are viewers being deliberately misled by sensationalised content simply designed to get hits? Take the following videos which have been among the most watched on TikTok in the past week: a simulation of the projected impact of a Tsar Bomba (a Russian bomb confirmed to be the most powerful nuclear weapon ever made), montages of footage of actual nuclear explosions, and mocked-up TV newscasts presenting what might be broadcast in the event of a strike.

While some of these are clearly staged, the immediate impact of TikTok and the brevity of its videos can leave some users, particularly its vast contingent of young children and teenagers, without a clear sense of what is or is not for real. As many impressionable users (young and old alike) trust the content they view online as reliable, critics of TikTok are inevitably wary of deliberate misinformation doing the rounds. 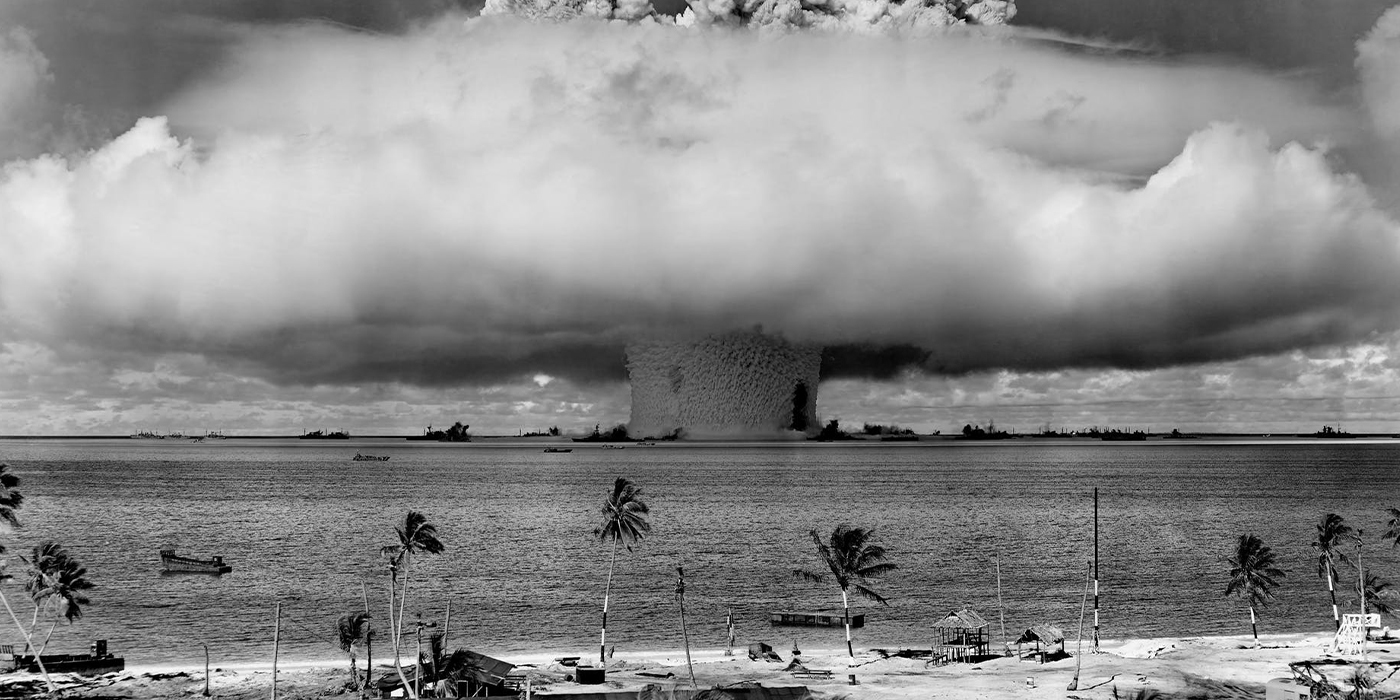 Case in point: one TikTok which has been widely shared is a bogus instructional film informing viewers to stock up on food and water and take shelter underneath a table for fourteen days in the event of a bomb being dropped. The post claims that this is a leaked video that would be broadcast on television should the worst occur, which is of course not true.

For decades, keeping people adequately informed about how to deal with a nuclear strike has proved challenging. Educational films about what to do when a nuke hits were commonplace throughout the Cold War, often providing advice that you didn’t need to be an expert to recognise was of little value (most notoriously, the instruction to ‘duck and cover’). Hand-in-hand with this, nuclear anxiety has influenced vast swathes of entertainment, from the post-Hiroshima/Nagasaki angst of the original 1954 Godzilla, to Mad Max and other post-apocalyptic movies of the 80s. Whether or not these presented a realistic portrayal of a nuclear holocaust was arguably besides the point; either way, they reflected the prevalence of nuclear fears in the cultural climate of the time. 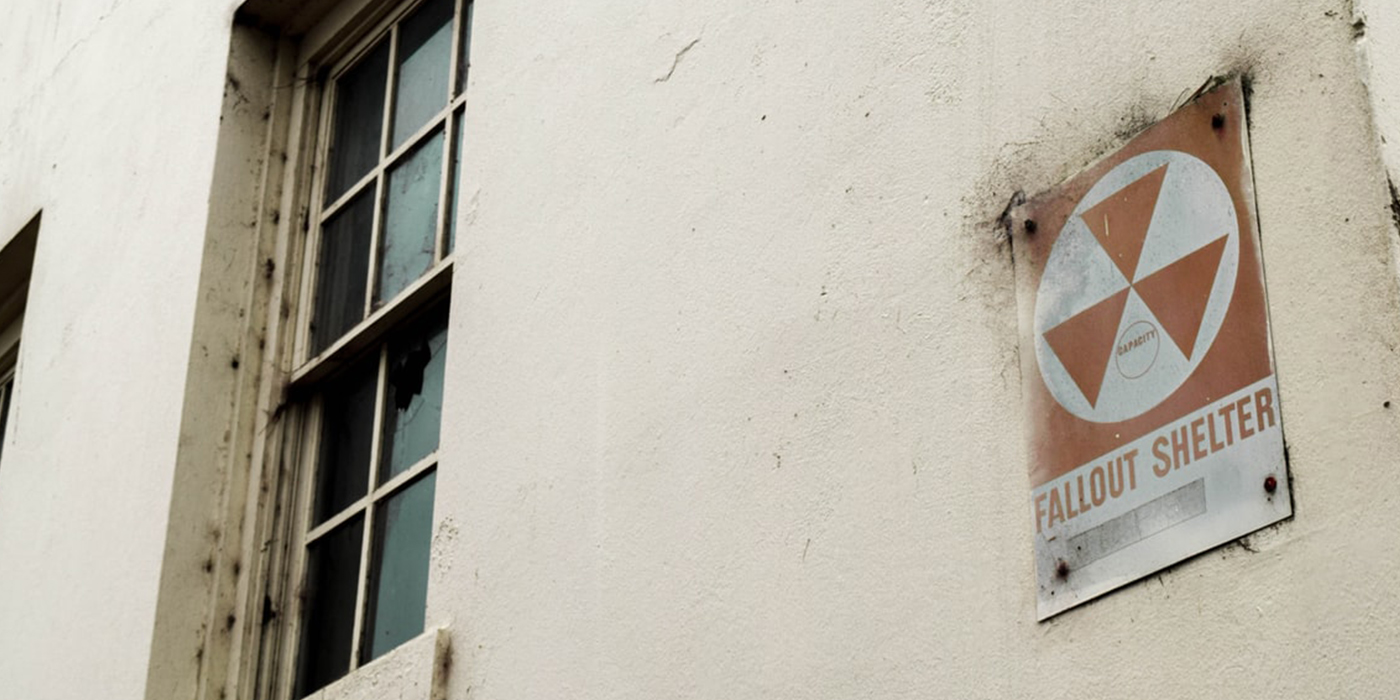 The question is, which end of the scale do these TikTok videos land on: education, or entertainment? As much as some users might seek to impart genuinely useful information, there are also those who are simply looking to cash in on the trending topics of the day in order to further their own status on the platform; and doubts about the creator’s intent must of course extend to doubts about how trustworthy their material is. There’s also the danger that something intended as a dark joke or a cautionary fiction might be misinterpreted as the real thing, much in the manner of the infamous Orson Welles radio play of The War of the Worlds back in 1938 (a year before the breakout of World War II).

Speaking to the Daily Express, chemical weapons expert Hamish de Bretton-Gordon declares the bulk of these TikToks to show “only part of the story… what they’ve done to make them so appealing to the 12 million viewers is picked sensational pieces, showing it all to be terribly dramatic,” the intent being “to entertain rather than protect.” De Bretton-Gordon warns against TikToks presenting snippets of supposed warning and instruction “without context,” advising users to approach what they see “with a pinch of salt… there is some good stuff in here, but it’s not the full story, and having half the story is never a good idea.” 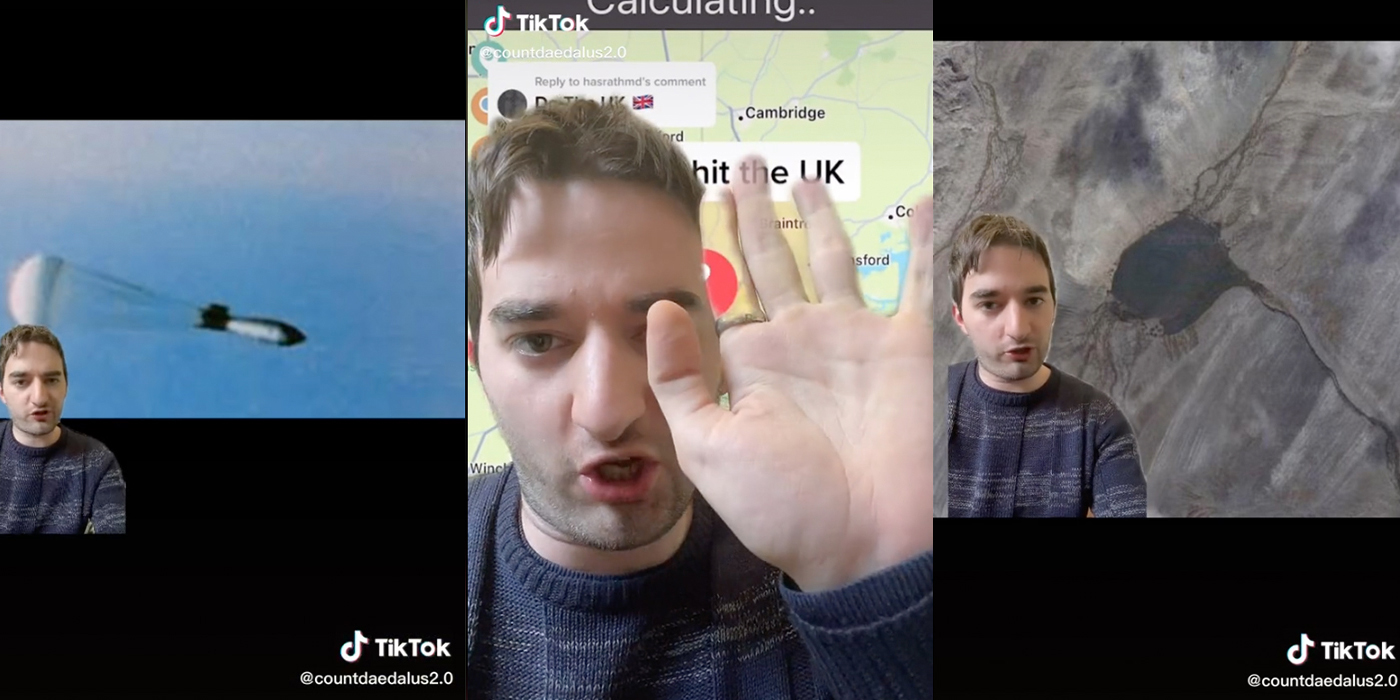 Happily, it’s not simply those outside TikTok out to stop the spread of misinformation. In response to the aforementioned video about the impact of a Tsar Bomba, user Count Daedalus has posted a response presenting the facts about the weapon in question, not least the fact that only one functioning model was ever built and it is not part of Russia’s arsenal today.

Experts like de Bretton-Gordon recommend that anyone seeking reliable advice on post-nuclear survival should extensive research beyond what they see on TikTok. Still, if seeing the subject broached on a TikTok prompts users to do further reading of their own, surely there’s something to be said in favour of this. No video lasting 90 seconds or less can tell you everything you need to know about anything, but it might be as good a start as any.