TikTok claims you can make ‘healthy coke’ with balsamic vinegar 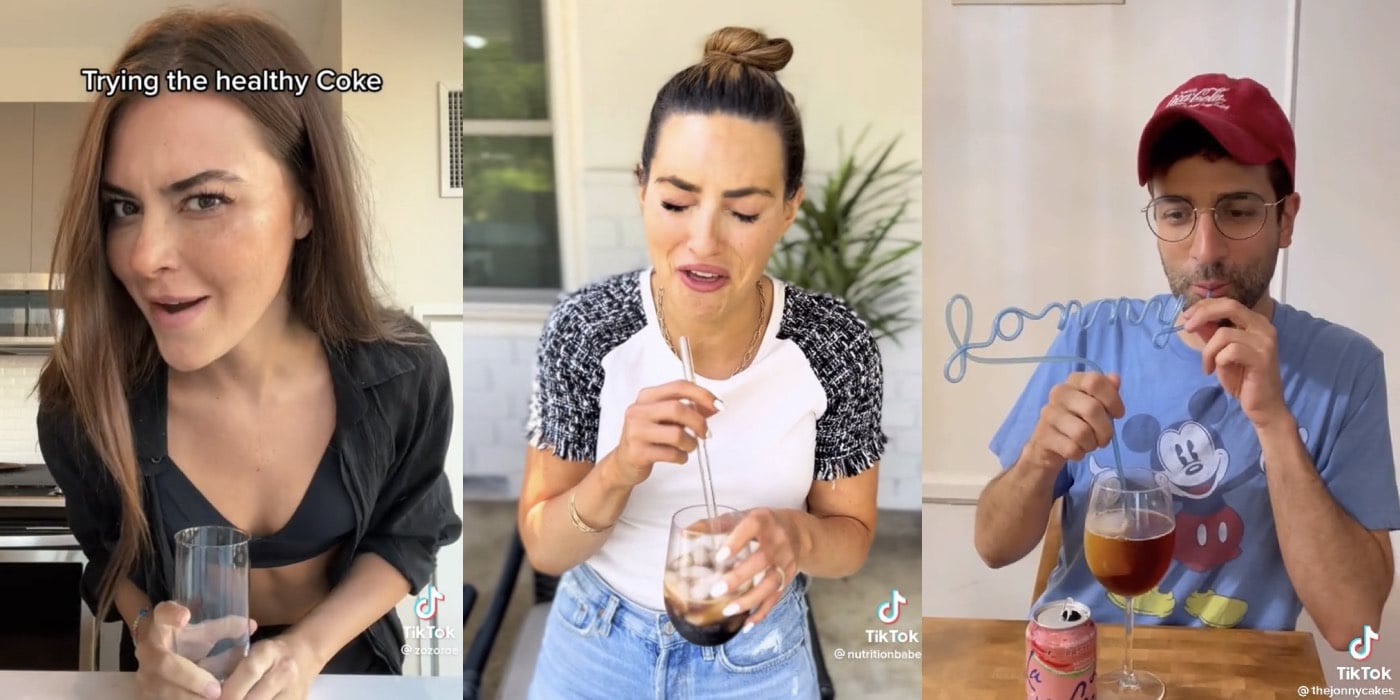 A TikTok user has taken the app by storm thanks to her “healthy coke” hack that includes just two simple ingredients. On Monday, Amanda Jones shared a recipe for a healthy soda alternative, convinced she’d found a way to enjoy the fruitiness of Coca-Cola without all the tooth rot and weight gain. Her original video has close to 500,000 likes and set TikTok, and the internet at large, alight. Though some aren’t convinced. A lot, actually. But we’ll get to that.

In the TikTok, Jones combines balsamic vinegar, guava-flavoured La Croix seltzer and plenty of ice. She claims to have learned this “healthy alternative to a Coke” from her Pilates instructor. She’s aware of how unusual the mix sounds, admitting in the video: “You’re going to think I’m insane.” First she adds a heavy pour of balsamic vinegar to a big cup of ice. Next, she adds guava-flavoured La Croix seltzer, but says that “any sparkling beverage” will work. “See, it honestly already looks like a Coke,” she says prior to the big stir, taking a big swig.

Jones encourages her followers to try it out for themselves. “I swear to God it tastes like a Coke and it’s healthy and good for you,” she adds. “You guys should go try it out.”

Many viewers were not sold by the recipe and hit up the TikTok video to voice their opinions, which is always a nice thing to see. One person commented, “Respectfully, I don’t believe you,” while others advised Jones to give Diet Coke or Coke Zero a shout. Some sceptics are asking others to try the recipe before they do, to see how legit it is.

Crazy as it may seem for some purists, the idea of putting vinegar in sparkling water isn’t some TikTok phenomenon. Places like Trader Joe’s sell flavoured sparkling water combined with juice and white vinegar or apple cider vinegar. Shrub beverages have been around since the 17th century.

Shrubs, fruit- and vinegar-infused syrups that can be used in other beverages, have had a devoted fanbase for a long while. Many people like to use shrubs in cocktails, mocktails, or - in this case - to simply flavour sparkling water. A shrub typically uses white vinegar or apple cider vinegar, which then requires some kind of fruit, sugar, or something else to give it a sweet kick. Thus, by using a sweet vinegar such as balsamic, you’re quashing the need for added sugars, making this alternative very healthy indeed. 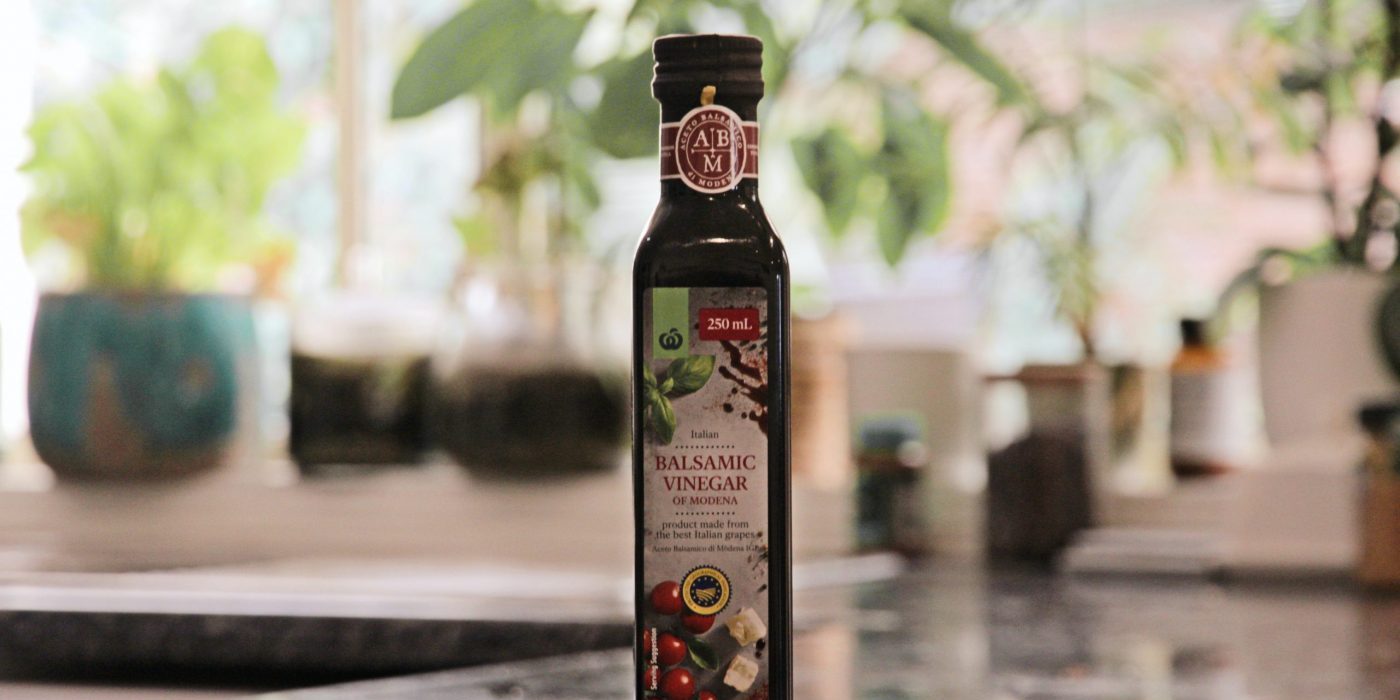 But not everyone’s convinced. On Wednesday, Hoda Kotb and Jenna Bush Hager, of Today with Hoda & Jenna fame, tried the concoction. They were not happy with the result. After just one sip, the duo winced. “Ugh it tastes like vinegar,” Kotb said. Bush agreed and claimed, “This is not a Coke!”

Is Coca-Cola, coke, fizzy pop, whatever you wanna call it, even that bad for you? Do we really have to be out here chugging vinegar to avoid jabbing ourselves with insulin everyday? Yes.

“Colas significantly contribute towards weight gain,” WebMD explains. “Multiple studies report a clear association between soft drink consumption and increased body weight. Research also shows that people tend to drink sugary sodas in addition to the calories they would otherwise consume. One reason for this is that fructose produces smaller amounts of the hormones that make you feel full. Furthermore, soft drinks and other liquid carbohydrates also produce less satiety when compared to solid foods.”

The sugar addiction risks are alone enough reason to ditch or at least monitor your Coca-Cola intake. WebMD continues: “Sugar may be addictive, particularly to people with other forms of addiction. Some of the same parts of the brain that are involved when a person abuses drugs are also involved when you eat, allowing for the creation of addiction-like signals when you ingest certain foods. 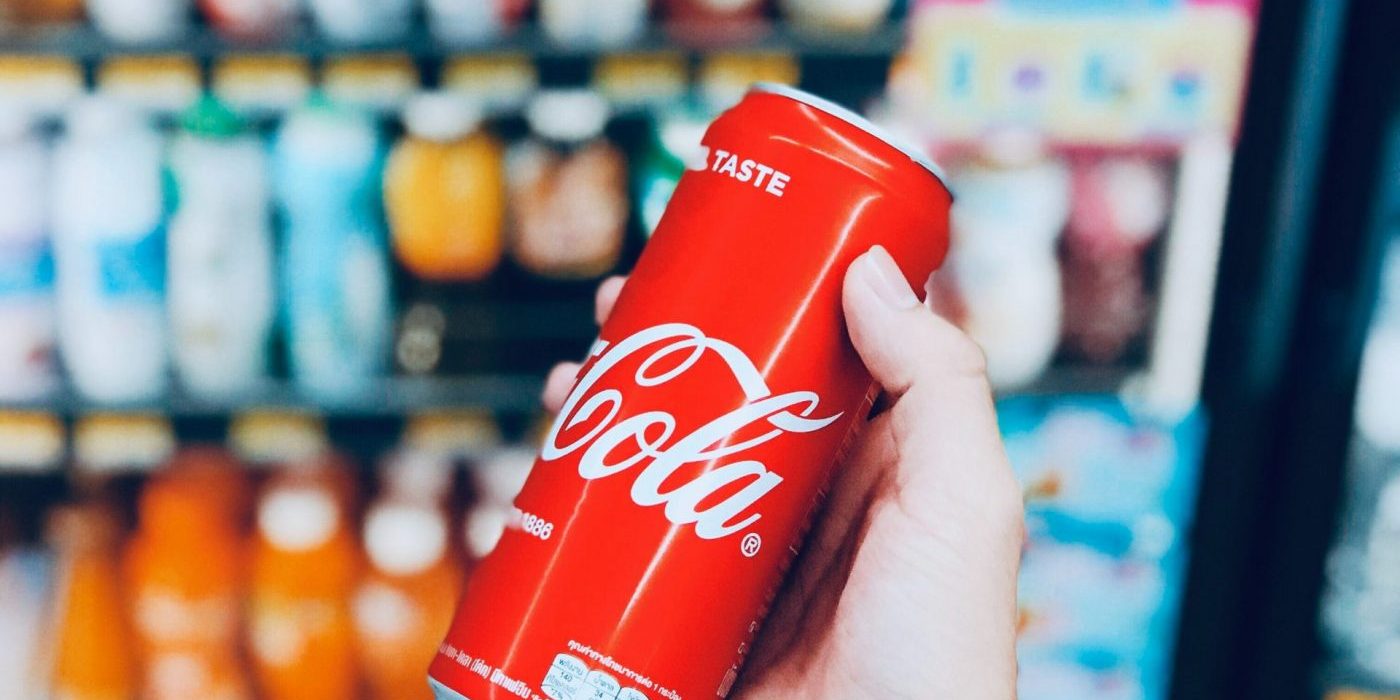 “Early studies conducted with rats have demonstrated that sugar bingeing can lead to the same signs of dependence that opiates do. However, scientists disagree as to whether sugar should be considered a potential addiction as more human testing is needed.” If you’re looking for other substitutes that don’t involve balsamic vinegar, try iced tea for the caffeine hit. Add a slice of lemon for flavour. If it’s not sweet enough, drop in a sweetener or honey.

You can also drink sparkling water with a drop of juice if it’s the carbonation you’re hooked on. The most important thing is to enjoy yourselves, guys.