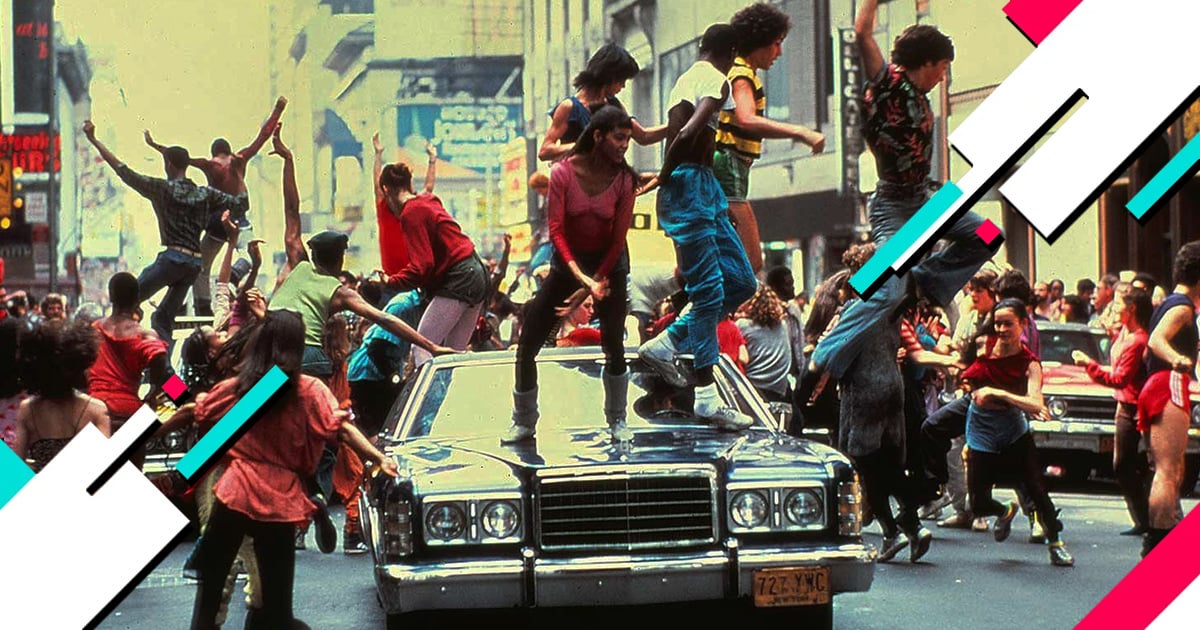 The second any new social media platform hits the app store, an interrogation begins. What’s the point? How does it work? People either don’t want to waste their time with a schlocky student invention that’s going to commit data breaches, or they have a weird desire to see it fail. So it’s understandable that many believe TikTok will die out just like its brothers and sisters before it.

It’s hard to predict whether TikTok will continue its huge growth. Social media users are both fickle and dedicated. While some platforms such as YikYak, Vine and Meerkat have disappeared, the likes of Facebook, YouTube and Twitter are thriving. TikTok’s cultural influence and huge communities indicate it has significant staying power.

TikTok is the seventh-most-used social media platform in the world. At the time of writing, around 1 billion people around the world are TikTok users. For scale, there 7.7 billion on earth. Still, what does that matter? It’s just a new version of Vine, isn’t it? It’ll bite the dust eventually.

Like boxing legends Muhammed Ali and Mike Tyson, we never got to see Vine and TikTok pitted against each other. All we can do is assess their respective stats and weigh up the differences. While the Ali/Tyson debate is another question for another time, even the briefest bit of digging will show you TikTok is worlds apart from its spiritual predecessor. 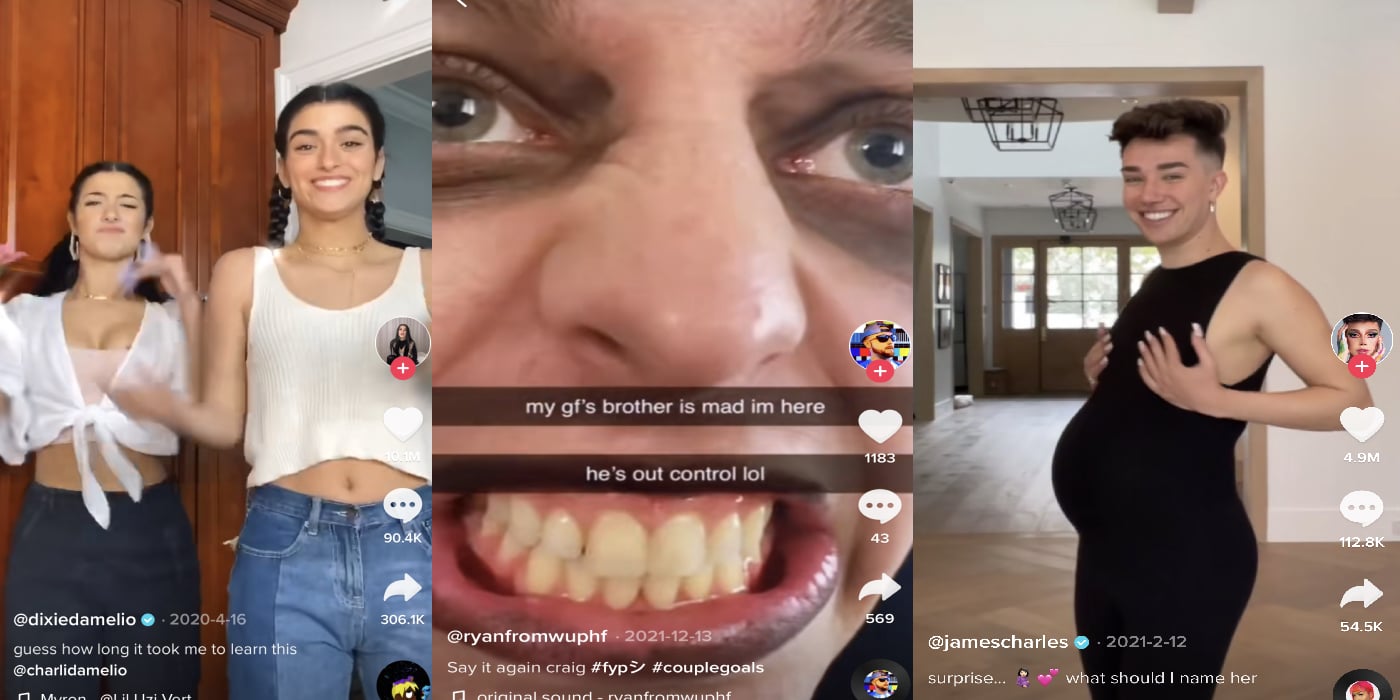 Let’s dive into this a bit more further. TikTok: to die or not to die? Haters will say it’s no different from any other video-sharing platform. That users will naturally grow tired of it as more and more content is copied and recycled, and celebrity creators take the wheel. Those people would be wrong.

TikTok’s simplicity means it’s unlikely to die. Unlike Instagram, Facebook and Twitter it encourages lurkers as much as it does creators, and its short video model fits easily into lunch breaks or on a commute. Plus, for many creators it’s a serious platform that can generate serious money.

Okay, but surely everyone’s addicted and can’t escape it? Surely everyone secretly hates it like all other social media? Not so – TikTok was the most positively reviewed app in the US in 2020, with 88% positive reviews.

Why did Vine fail? 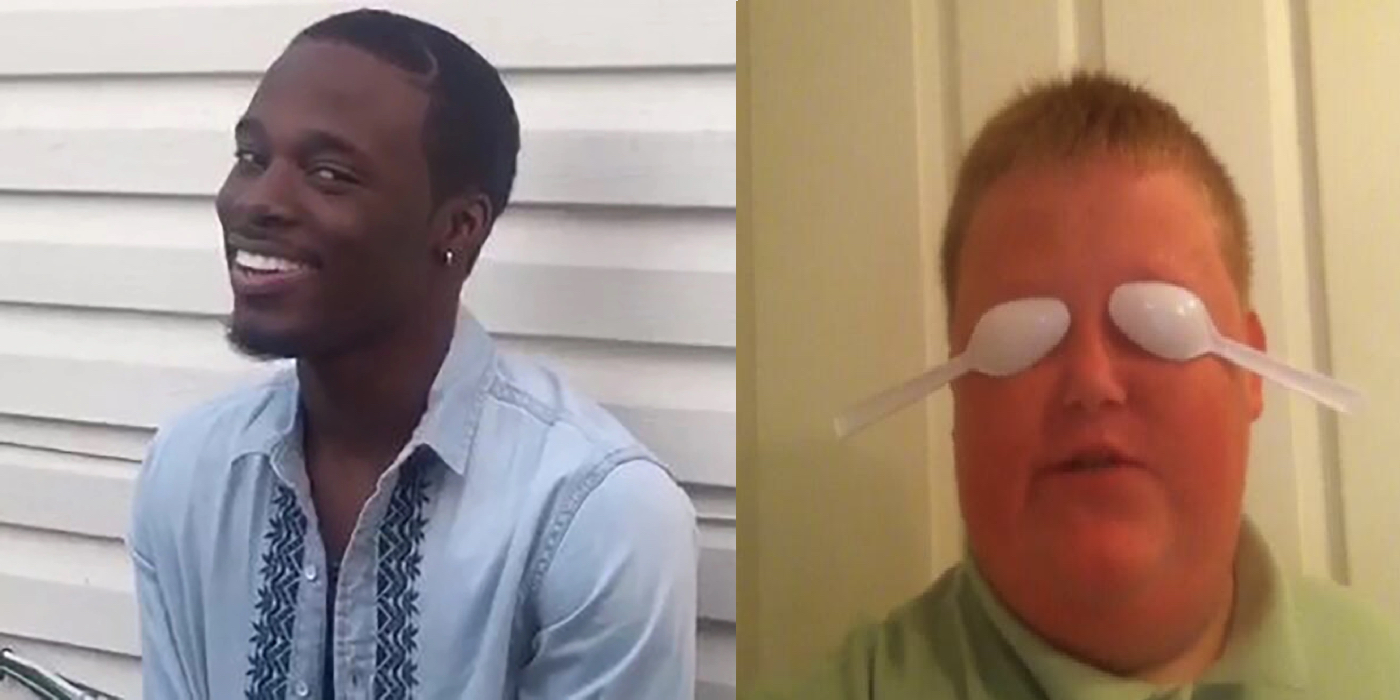 Vine’s demise is unique in that its users are, even in 2022, deeply committed. MySpace slowly waned in the presence of shiny new social platforms but continues to be highly spoken of, as an innocent time before influencers and sponsored posts. Fans of Vine aren’t misty-eyed. They’re angry. Vine didn’t fall off like MySpace.; it wasn’t abandoned. It was everywhere and then nowhere overnight. Why?

Vine wasn’t supposed to be an entertainment hub. It was conceived as a way for people to share short video clips to their own social circle. That changed when those short video clips became more than just micro-vlogs. Quickly, most of its users became passive viewers consuming the content of a choice minority.

Vine failed because its business model was built on a small number of popular creators. However, when Vine stubbornly refused to increase its video length and failed to financially incentivise its users, its stars left for other platforms such as YouTube.

Vine was a great tool to build an audience. Without it, nobody would’ve ever heard of Logan Paul. But with slack monetisation tools, Viners would eventually take their efforts to other platforms where they could experiment more and get better pay, if paid at all.

Is TikTok growing or declining? 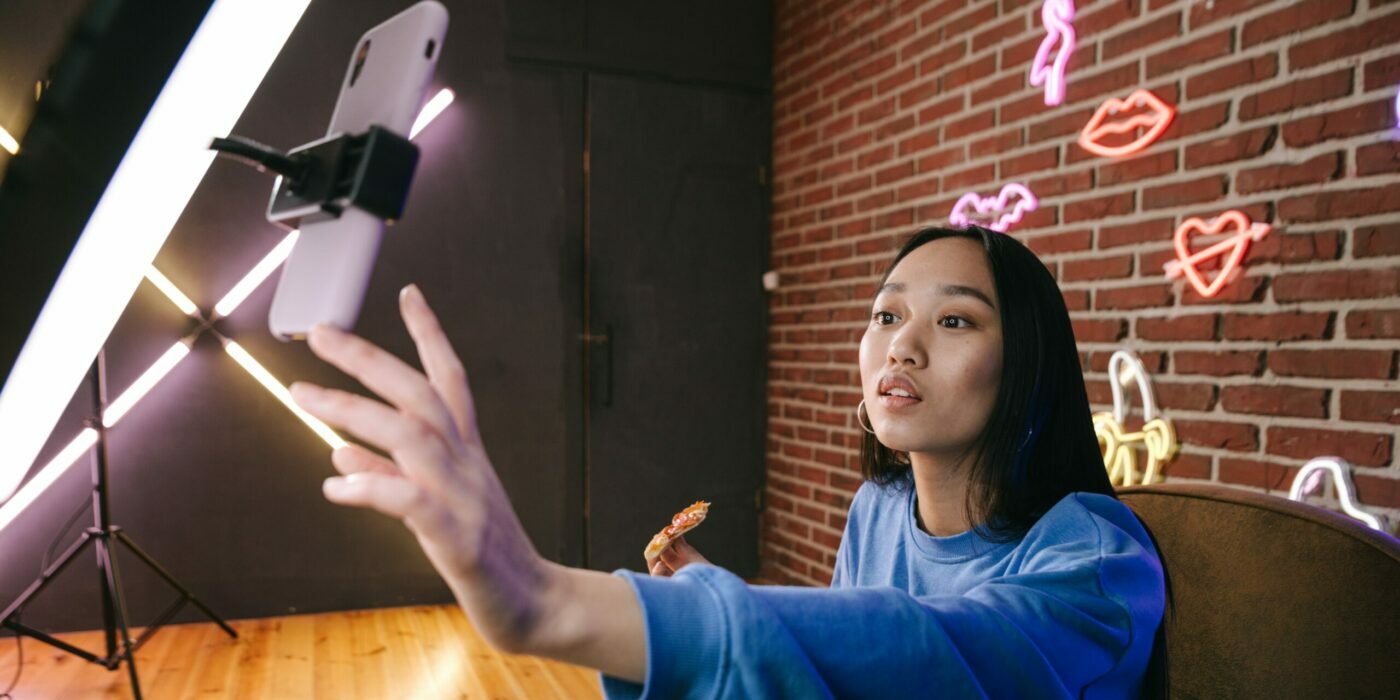 The important thing to understand with Vine and TikTok is the difference in video length. TikTok began as 12-second clips, before jumping up to 3-minutes and then 10-minutes. Vine rose and fell never branching out beyond its 6-second time limit. Some see this as a bold, respectable move in a landscape where apps are pressured to update annually. Others see it as a model that would’ve gotten old quickly. The problem is, we can’t ever be sure given that Vine was neutered at its peak by Twitter.

What can be said for TikTok, however, is that its updates only strengthen its usership. People are not there for the timeframes: they’re there to create and consume content, often made far more creatively than it was on Vine. TikTok videos, by comparison, display a greater knack for editing and production.

In any given internet minute, 167 million TikTok videos are watched. The top 3 most popular hashtags on TikTok remain Entertainment, Dance and Pranks, with 535, 181 and 79 billion views respectively. To answer the question: yes TikTok is growing. It’s growing like bamboo.

What is TikTok’s relationship with money and monetisation? 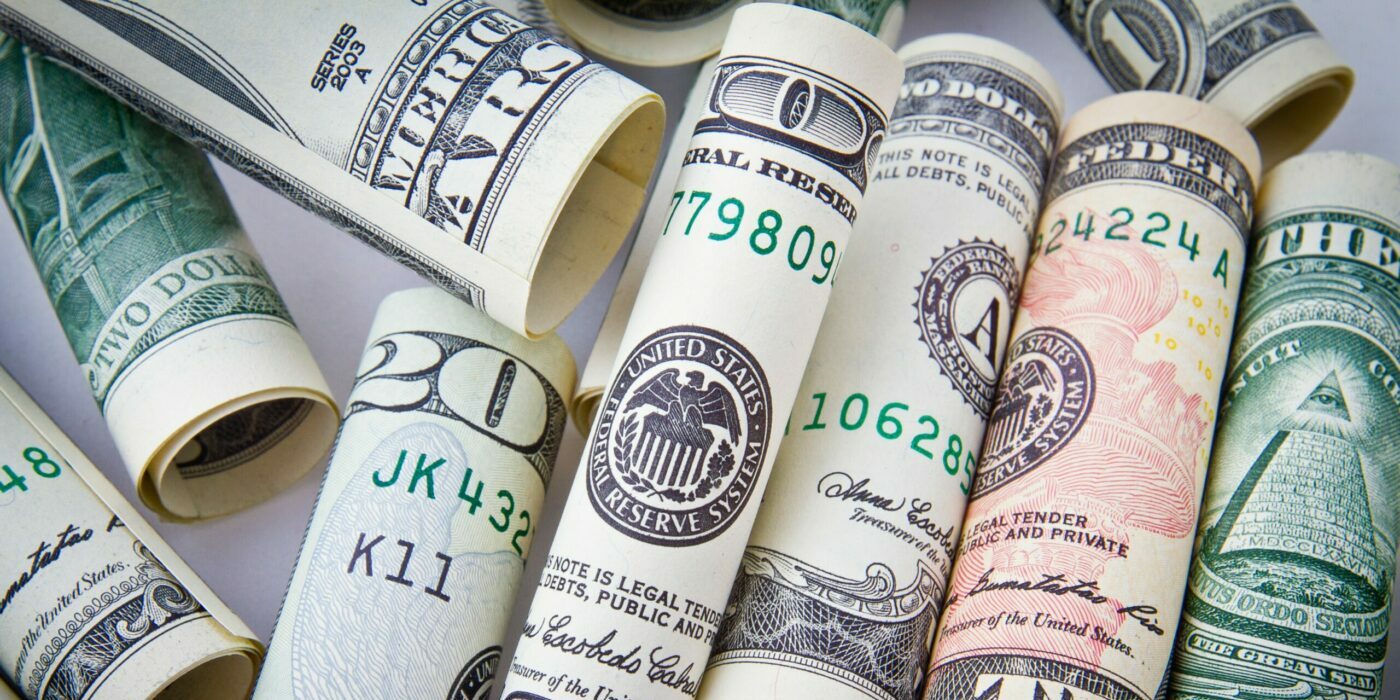 Unlike fellow short video platform Vine, TikTok understands that it’s not in direct competition with Instagram. TikTok’s short videos are different from stories: their goal is to entertain the public at large, rather than to share a moment with friends.

As a result TikTok and Vine creators are/were closer to YouTubers in that they aren’t merely posting for the sake of being seen posting. These videos can easily (at least, with a little luck) become a career. The difference being TikTok creators are actually paid handsomely in a way Viners never were.

TikTokers of a certain status can reportedly earn between $100,000 to $250,000 for a branded video. This all depends on your follower count and engagement rate. Often described as TikTok’s biggest star, dancer Charli D’Amelio earned over $17 million from TikTok in 2021.

This kind of money, combined with security behind content creation, will only continue the growth of the brand and force it to be taken seriously as an asset.

Will TikTok be banned? 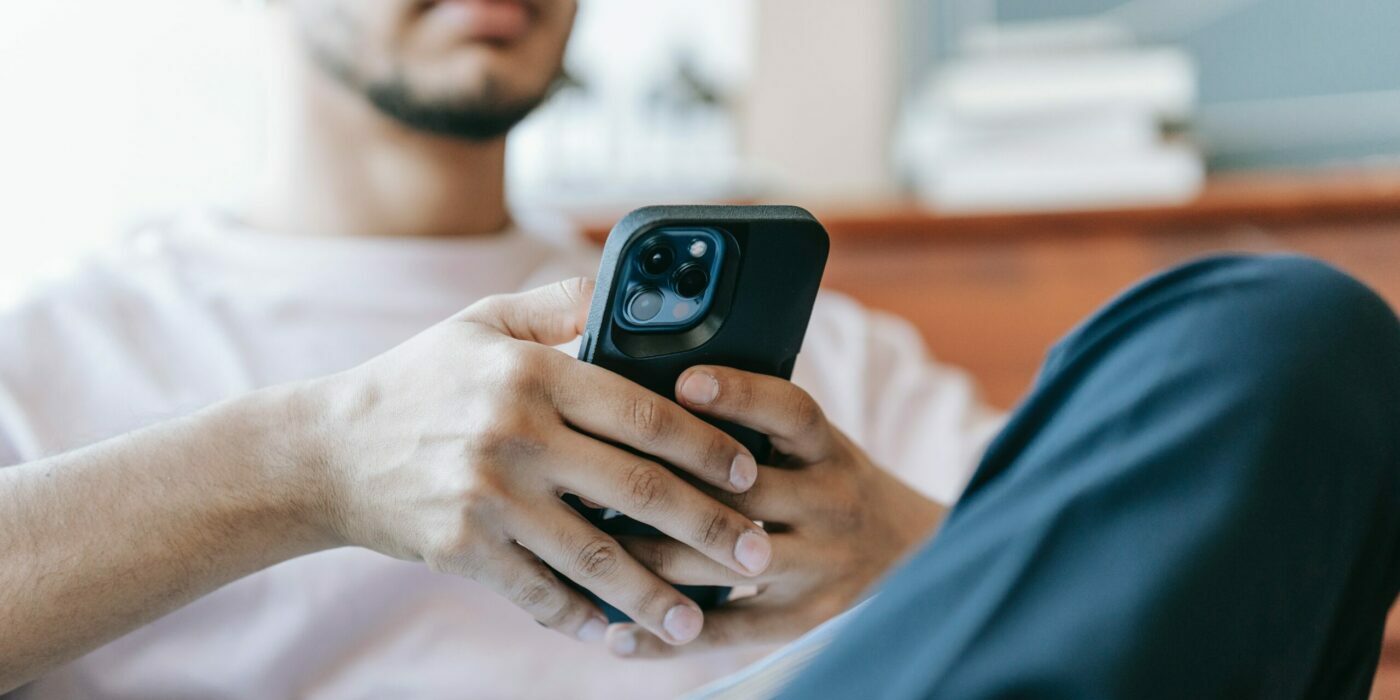 TikTok has been banned several times already. However, though bans are currently in place in India, Pakistan, Indonesia and Bangladesh, it remains active across the world. China, despite the app having its origin there, has banned TikTok for its foreign content. It was replaced by a Chinese version of the app called Douyin.

In April 2019, the Madras High Court asked the Indian government to ban the app, claiming it “encourages pornography” and showcases “inappropriate content.” The court went further by asking traditional media not to broadcast any videos from the app. On 17 April, both Google and Apple removed TikTok from Google Play and the App Store. After the court refused to reconsider the ban, TikTok stated that they had removed over 6 million videos that violated their content policy and guidelines.

The ban was lifted 8 days later after the Madras High Court reversed its order, following a plea from TikTok developer ByteDance Technology. However, on June 29, 2020, TikTok – and 58 other Chinese-created apps, was banned for good by the Ministry of Electronics and Information Technology, with a statement saying they were “prejudicial to sovereignty and integrity of India, defence of India, security of state and public order.” The Indian government said the ban was “to protect the data and privacy of its 1.3 billion citizens” and to blacklist technology that was “stealing and surreptitiously transmitting users’ data in unauthorized servers outside India.”

On July 7, 2020, under Donald Trump’s presidency, US Secretary of State Mike Pompeo, announced the government was banning TikTok on the basis it posed a national security threat. Jennifer Granick of the American Civil Liberties Union Surveillance and Cybersecurity Counsel said, “banning an app that millions of Americans use to communicate with each other is a danger to free expression and is technologically impractical.” The executive order was repealed by subsequent President Joe Biden in 2021.

How much longer will TikTok last? 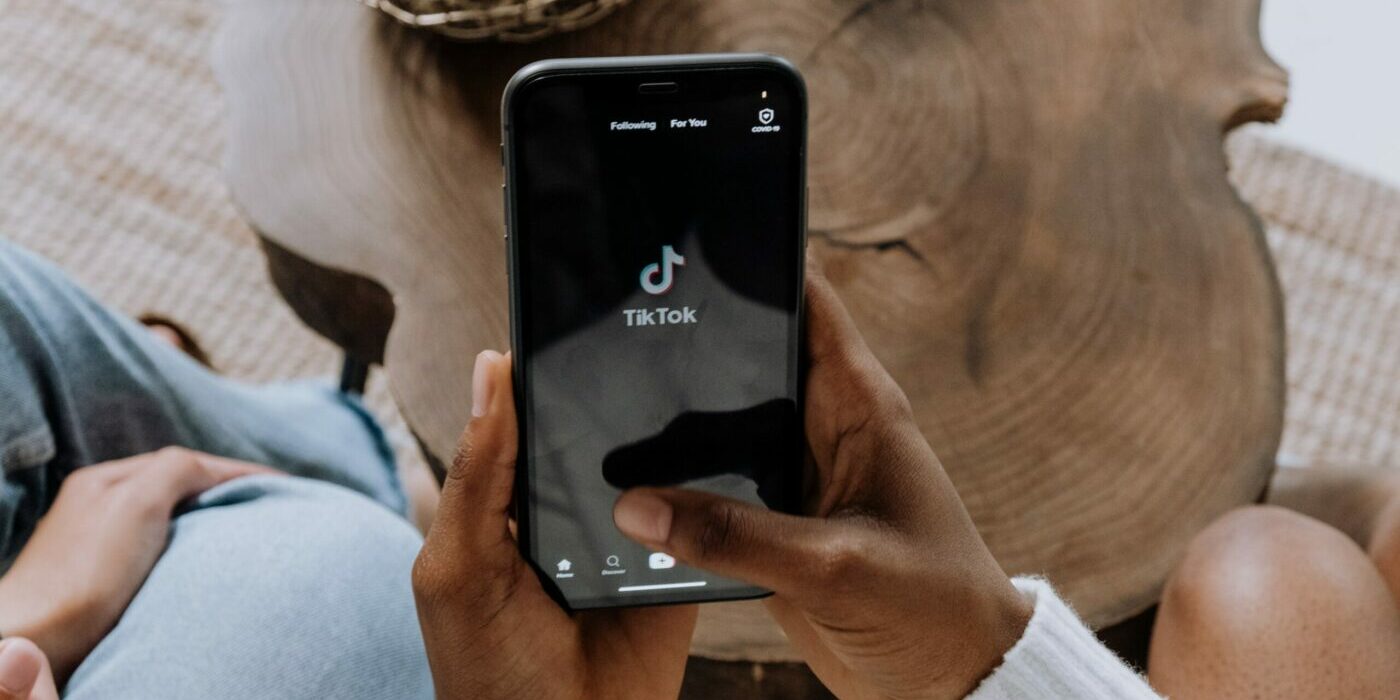 Okay, so it’s successful and it’ll probably last a little longer than other apps. But ultimately it will fail, won’t it? Younger generations will come along and want some new and better. Maybe, but what if there isn’t anything better?

Unlike Vine, TikTok is addressing market needs. Videos of varying lengths, remix feature, live stream feature and so on and so forth. It’s also the first example of a Chinese consumer app going mainstream across the globe. TikTok is owned by Beijing tech giant ByteDance. Awful name, huge durability.

TikTok is likely to last for many years. Owners ByteDance have invested heavily in the app, and TikTok’s reach is worldwide (minus India). It spans multiple continents, as opposed to former competitors such as Vine, which only took off in North America and slivers of Europe.

That kind of reach is nigh on impossible to create on a regular basis. TikTok is an anomaly and one that isn’t going to die anytime soon.