Ukrainian TikTokers are taking abandoned Russian tanks for a drive 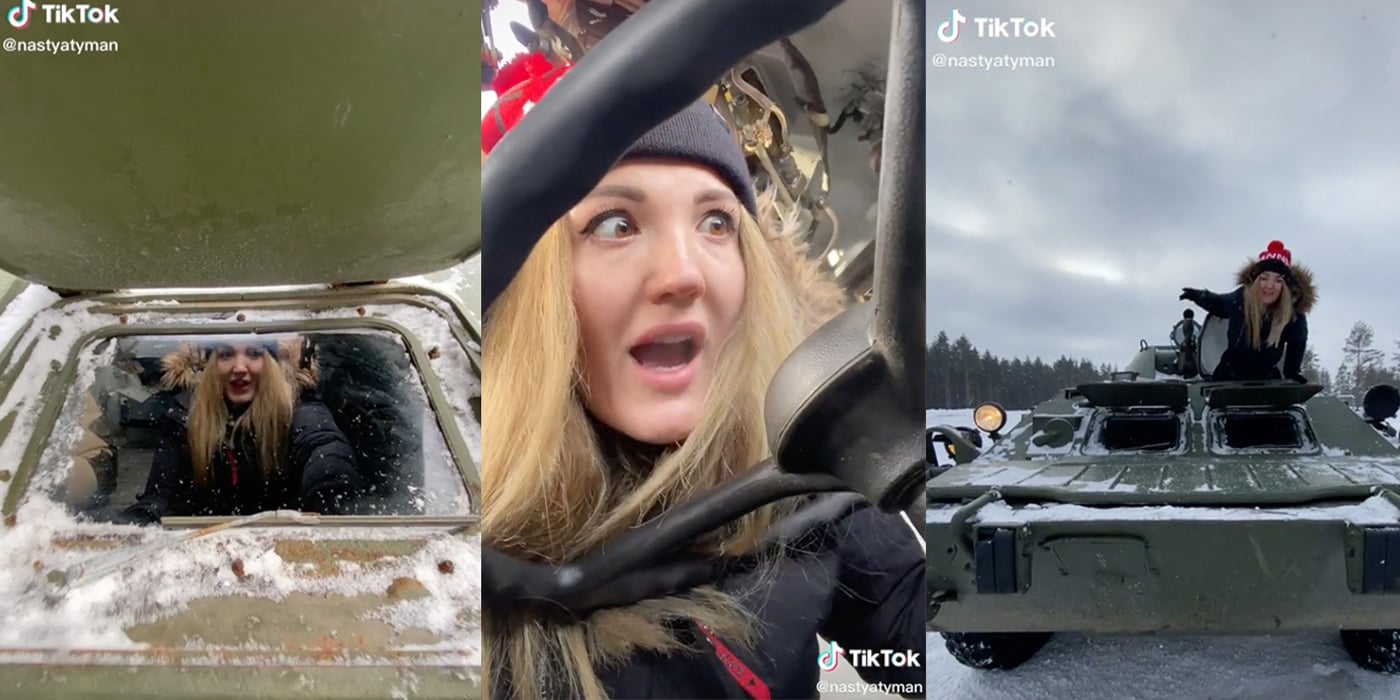 War and the media have a curious relationship. While the First and Second World Wars were primarily relayed via newspapers, radio and cinema newsreels, the later wars in Vietnam and the Gulf were broadcast directly into the home on round-the-clock TV news. As the media moves forward, the ways in which we transmit and receive information naturally evolve as well, which can seem strange to the older generation.

So it is that such online platforms as TikTok, Instagram and Twitter are playing a greater role than might have been expected in the ongoing armed conflict in Ukraine. Social media influencers, so often berated by critics for the vapidity of their content, are suddenly on the virtual and in some cases literal front lines of a very real crisis, and many of them are using their status to help keep their followers alert and informed during this dangerous time. 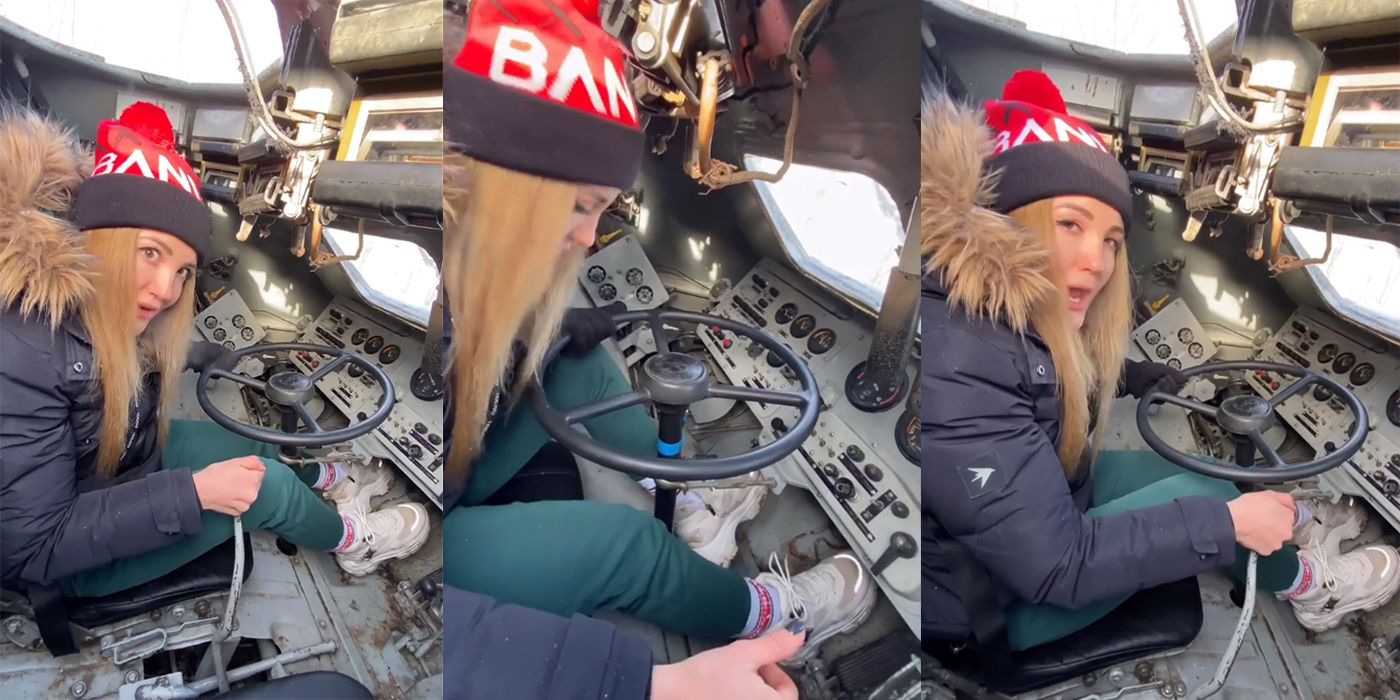 One such influencer is Nastya Tyman, a Ukranian TikTok star with 4.1 million followers. Historically she has specialised in videos about renovating cars, delivered and edited in the colourful, larger-than-life manner that tends to be popular on TikTok. More recently, Tyman has raised a great many eyebrows (and notched over 8 million views) for a video in which she instructs her followers on how to drive a Russian tank.

Other Ukranian social media stars have followed suit. The Guardian reports that travel blogger Elena Mandziuk shared a video instructing her Instagram followers on how to make a molotov cocktail (which might explain why her account appears to have been deactivated), whilst such figures as Marta Vasyuata and Mary Furtas have traded their usual output of glamorous selfies for footage and commentary on the conflict. 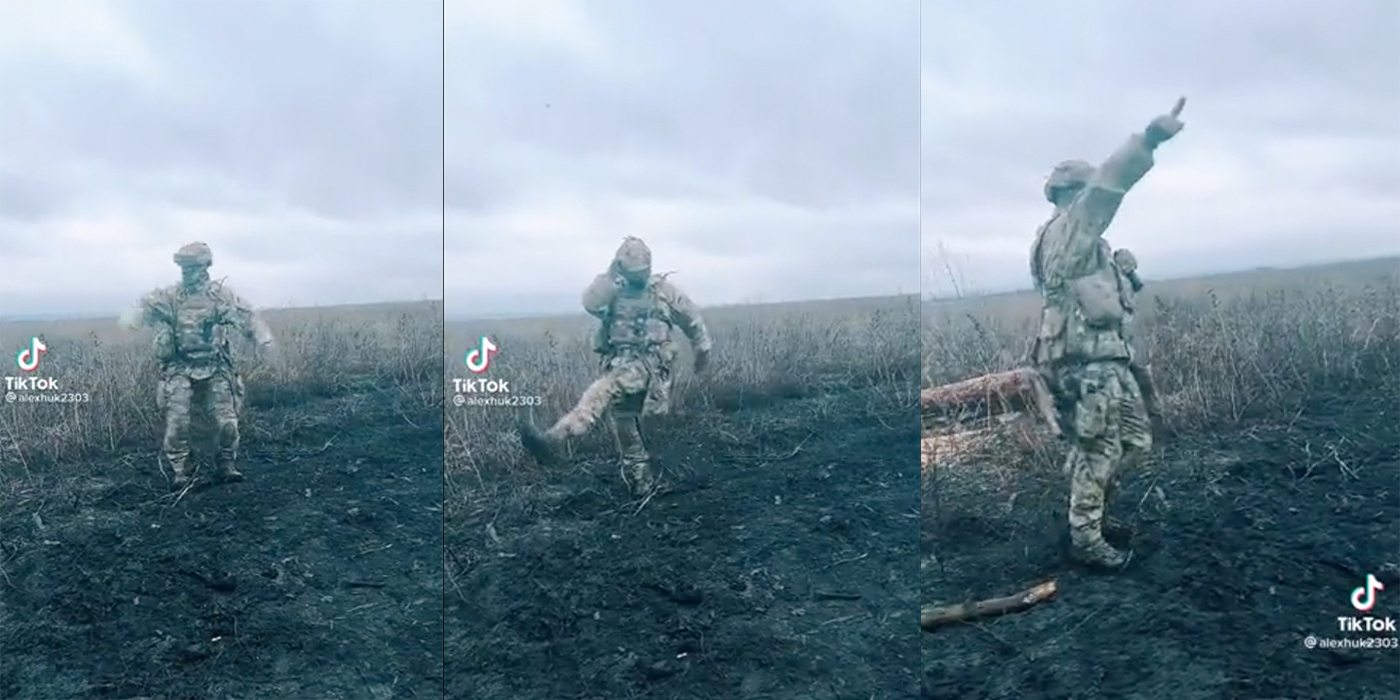 Another Ukranian TikTok user who has gone viral during the conflict is Alex Hook, a soldier who filmed and uploaded a clip specifically to reassure his daughter that he is still alive and well, in which he dances in that ridiculous manner that dads all over the world use to amuse and/or embarrass their children. The clip has had a staggering 71.8 million views at the time of writing.

Naturally, there is no shortage of anger and anti-Russian sentiment to be found on social media at present, but there are also promising indications of unity among the people of both Russia and Ukraine. Another popular clip demonstrating this shows Ukranian drivers passing a seemingly broken-down Russian tank, and jokingly offering to tow them back to Russia, much to the amusement of the soldiers. 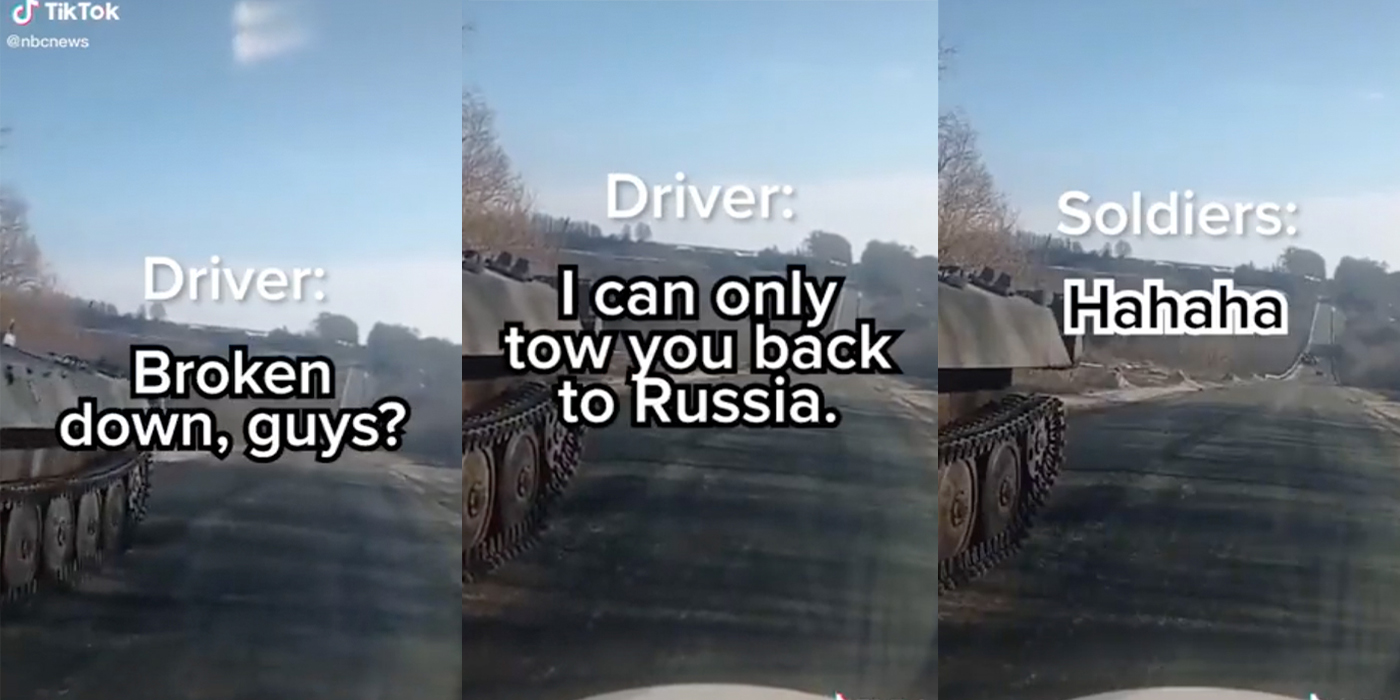 In Russia, meanwhile, a great many prominent figures are using social media to speak out against the invasion; a risky move, given the oppressive nature of their government. Many have expressed solidarity with Ukraine by simply posting images of black squares without comment, but others have expressed their disdain more directly. These include Russian influencer Xenia Tchoumi, who told her two million Instagram followers, “In my veins run both Russian and Ukrainian blood… I don’t have any political knowledge nor opinion, but all I can say is: I am always against war and for the people.”

The Russian authorities are prone to crack down hard on any such dissent. Recent days have seen the Russian government place restrictions on access to Facebook in response to limitations Facebook placed on access to Russian state-owned news reports (which Russia had insisted Facebook owners Meta could not fact-check). Twitter, meanwhile, has reportedly been barred from Russia almost completely. It remains to be seen whether TikTok will be similarly restricted, but with around 70 million Russians among the 2 billion to use TikTok worldwide, it may be harder to censor than the Russian government might like.