The truth about what happened to Vine – and its successors 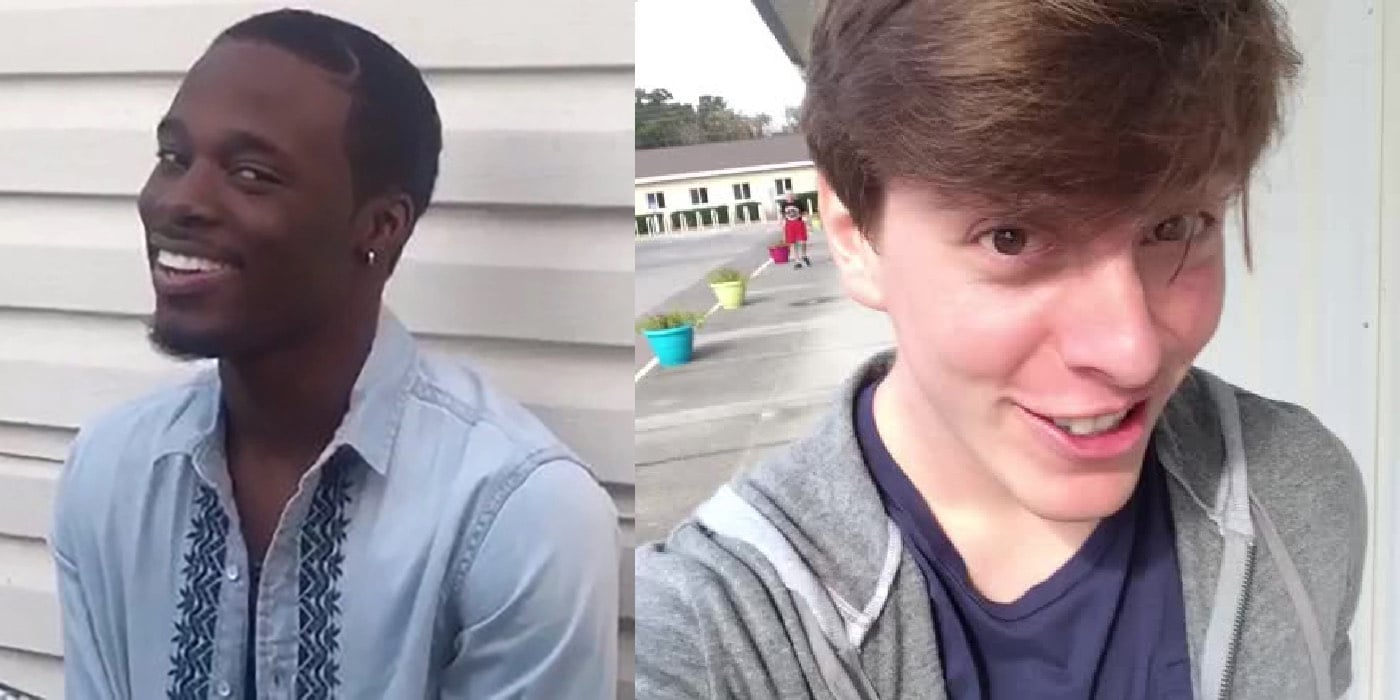 Though it may be hard to believe in these modern, heady days of TikTok with all its global power and reach, there once existed another video-sharing app – one that had an online generation hooked. It was called Vine, and for a very brief amount of time in the mid 2010s, it ruled the roost.

Not strictly a social network, Vine was founded in 2012 and allowed users to upload and watch 6-second videos in a loop format. On paper, it was odd, nonsensical and pointless. Who would want to watch such short videos? What could you gain from doing so? By then, YouTube had already become a video-sharing giant. And yet, at Vine’s peak, more than 100 million people were accessing the platform every month. By 2016, however, the show was over. Vine was dead, leaving millions asking: why?

Vine shut down for a variety of reasons. On top of failing to support its content creators, it struggled to compete with rival apps, had a lack of monetisation, experienced high levels of personnel turnover and suffered a fraught relationship with its parent company, Twitter.

The app fell from grace at the very moment when it seemed to be thriving the most. In this article, we’re going to dig a bit deeper and track the meteoric rise and devastating fall of Vine. We’re going to enlighten you on who founded it, how it found its feet in a heavily-crowded industry, who its biggest stars were and what led to its ultimate demise. 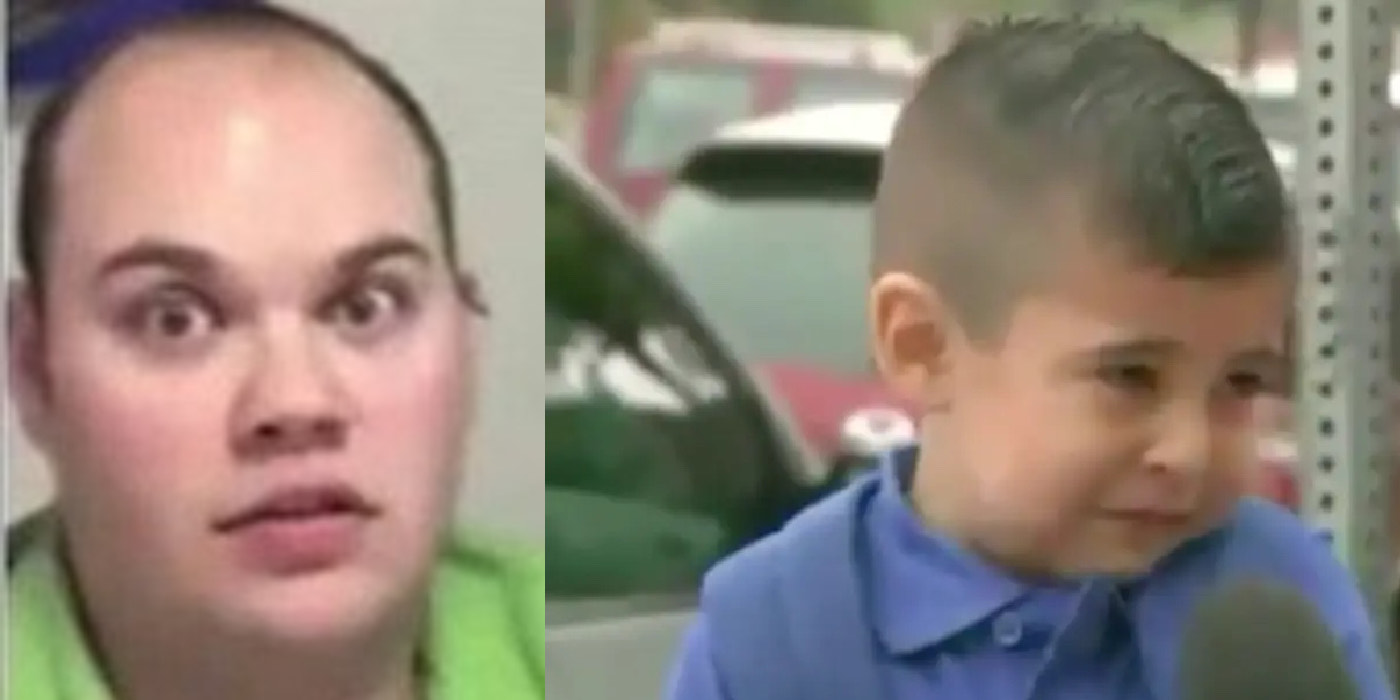 Vine was a video hosting service launched in 2013 by Dom Hofmann, Rus Yusupov and Colin Kroll. It allowed people to share six-second, looping video clips. Users could browse and discover Vines based on themes such as music or comedy.

At the time of its launch, Vine was compared to Instagram, the difference being that Instagram offered users the ability to upload photos while Vine users could upload videos. It seems quaint now, but, at the time, that was a fairly revolutionary concept.

“We tried five seconds, then ten, and some lengths in between,” Hofmann said at the time. “Eventually we realised that time wasn’t really the problem. People just underestimate how long it takes to shoot. We settled on six seconds, but we let people shoot half a second more if they need it. Once we did that, everyone had more luck getting their ideas across.

Although Vine was popular in its own right, today your only chance to enjoy them is through YouTube compilations, the likes of which do a great job of keeping the Vine legend alive as well as the specific content that made it so popular in the first place.

How did Vine start? 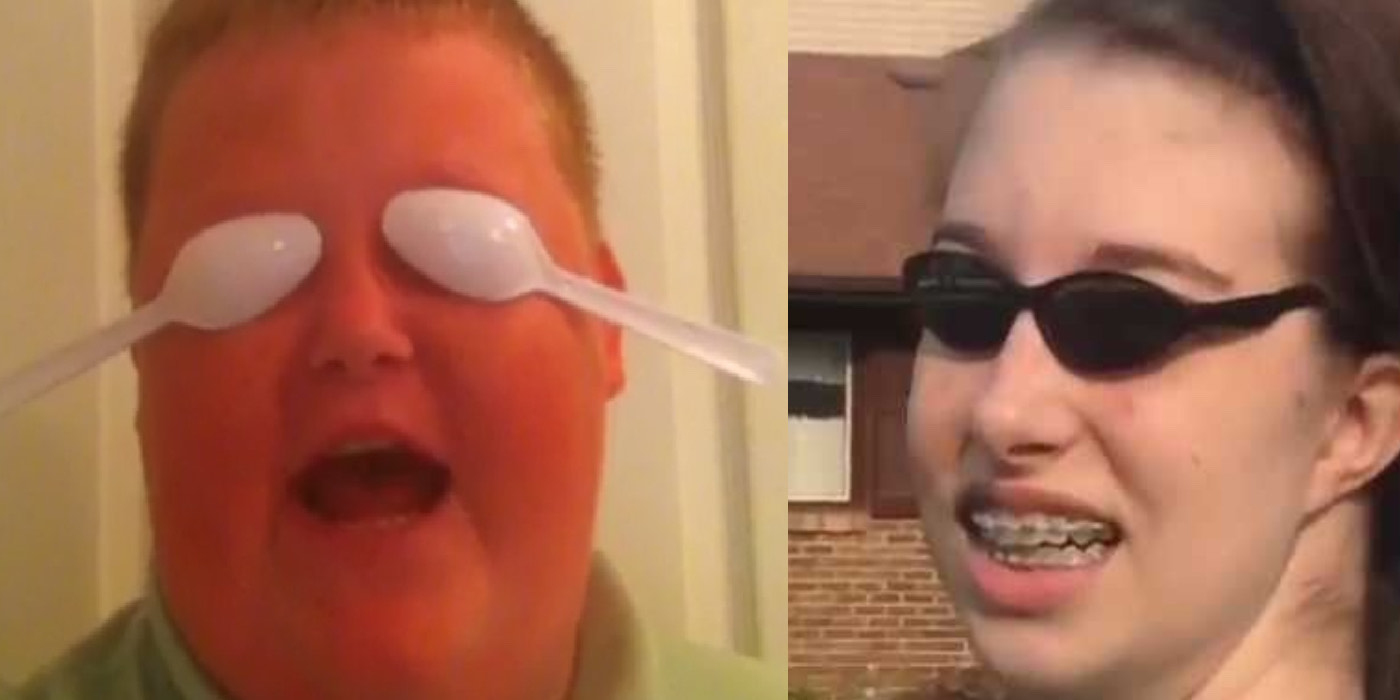 Vine started when founders Dom Hofmann, Rus Yusupov and Colin Kroll came together to build a tool that would easily cut video shots together. Though their initial tests crashed a lot, after giving it to friends they saw that the response was positive. The timeframe for videos was originally unlimited but after realising it needed a social component, they decided to make the videos quick to share and view.

They didn’t want users sitting around for minutes on end looking at a buffer. That level of boredom might scare them off to other platforms. So they introduced the six-second limit to ensure smaller size files and a faster experience. But then they noticed videos started to feel anticlimactic. To combat this, they made a tweak that would loop the videos. It was only then that the boys knew they were on to something special.

Sure enough, Vine exploded. Not only were people creating original content, whether it be comedy or music, but they were using is a source of hyper-local news. In small communities, they began to see news outlets and even various municipal agencies setting up Vine accounts to capitalise on this trend.

Dan Hofmann said at the time: “I’m really into what musicians are doing to connect with fans. They’re debuting snippets of songs, recording themselves interacting with the audience when performing. Just this April, Daft Punk announced the tracklist for its new album through a Vine. The other thing I love is the hardware hacks. You can shoot Vines only on your phone, but there are no rules about what you can attach to your lens.”

What were Vine’s competitors? 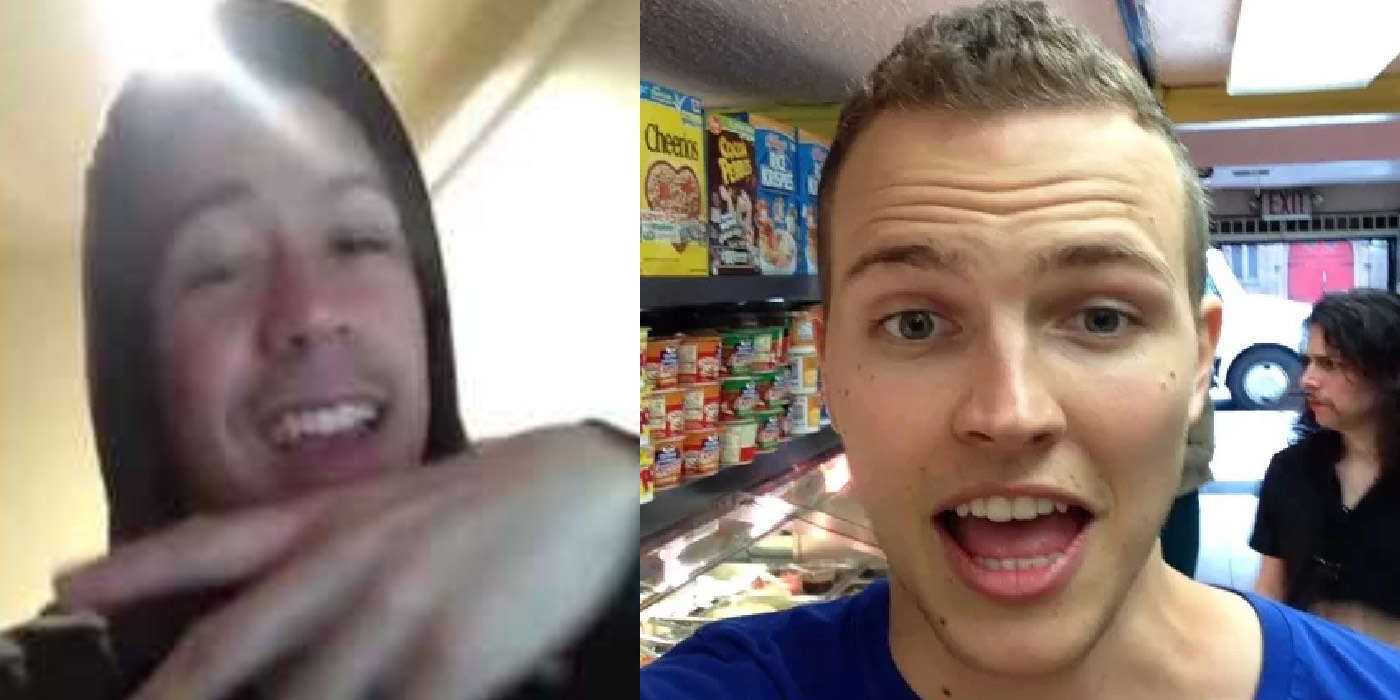 Despite Vine being (at the time) unique in what it offered, it did face multiple competitors. This was 2013 after all, when every man and their dog within spitting distance of Silicon Valley were making an app.

Vine mostly competed with Instagram during its lifespan. Eventually Instagram expanded upon its video features, allowing longer videos and enabling a widescreen option. Snapchat, too, allowed the sharing of 10-second videos back in December 2012. TikTok, which was finding its feet as Vine shut down, has since become the most successful short-form video-sharing platform of all time.

Who were Vine’s biggest stars? 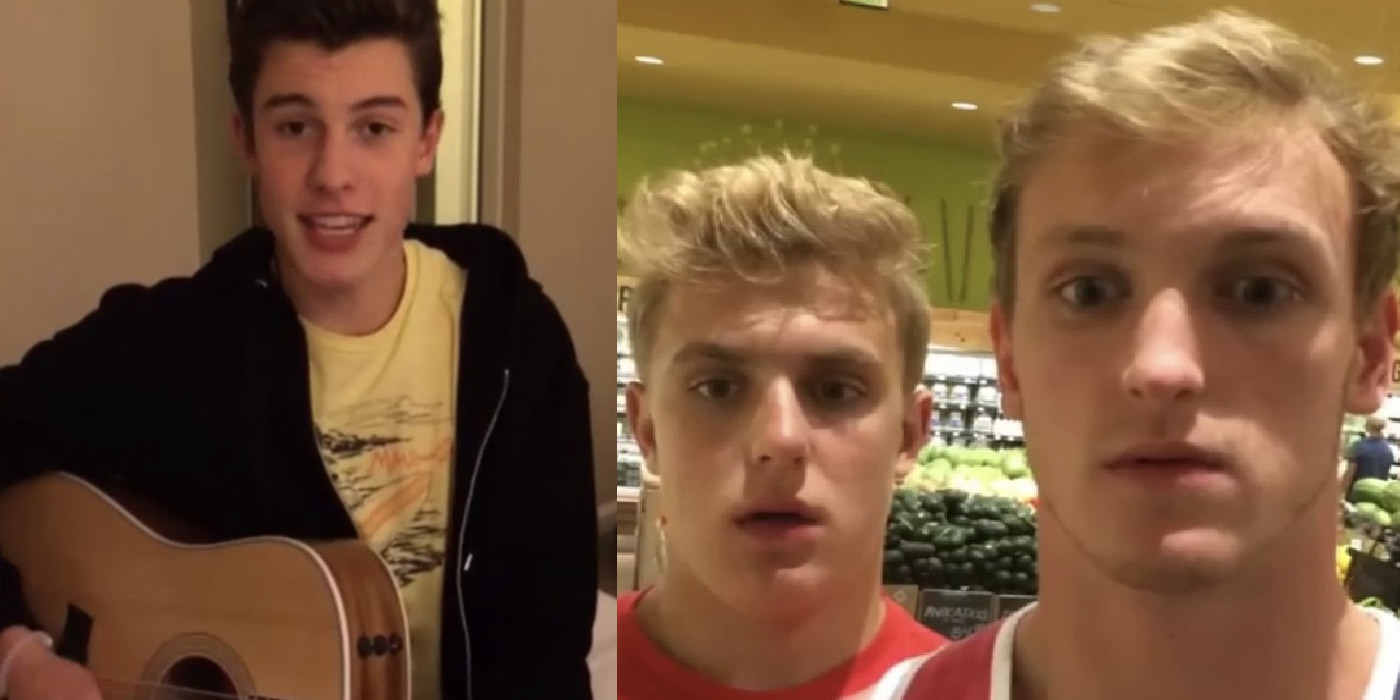 Vine, much like YouTube before it, was responsible for launching the careers of multiple household names. Some of these include Liza Koshy, Shawn Mendes, Zach King, Lele Pons and King Bach. The most famous celebrities it minted, however, were arguably Logan and Jake Paul who have since achieved huge success off the back of their Vine accounts.

Brittany Furlan, another star, held the spot of the most followed female creator on Vine until November 2015. In the year following her fame, Furlan revealed that she’d struggled with depression since her rise to stardom. “I didn’t want to keep pretending, ‘Oh, here’s another picture of me, my life’s great.’ I wanted to let people know that I have a lot going on in my brain that makes it really hard every day, and it’s not what you think it is,” she told E! Entertainment in a candid interview.

David Dobrik made a quick jump to vlogging on YouTube as soon as his Vines videos hit the ground running. However, his career came under fire in 2021 after he faced a series of sexual assault allegations. As a result, he lost several sponsors and his position at Dispo, a social networking app he co-founded. YouTube subsequently demonetised his channel.

Cameron Dallas was another big player on Vine. Initially, he treated the app as a joke. But little did he know that it was the start of something much greater. Dallas approximately made $17,000 per sponsored post on Instagram as a result of his Vine success. In 2020, he even released a debut album, Dear Scarlett.

What happened to Vine? 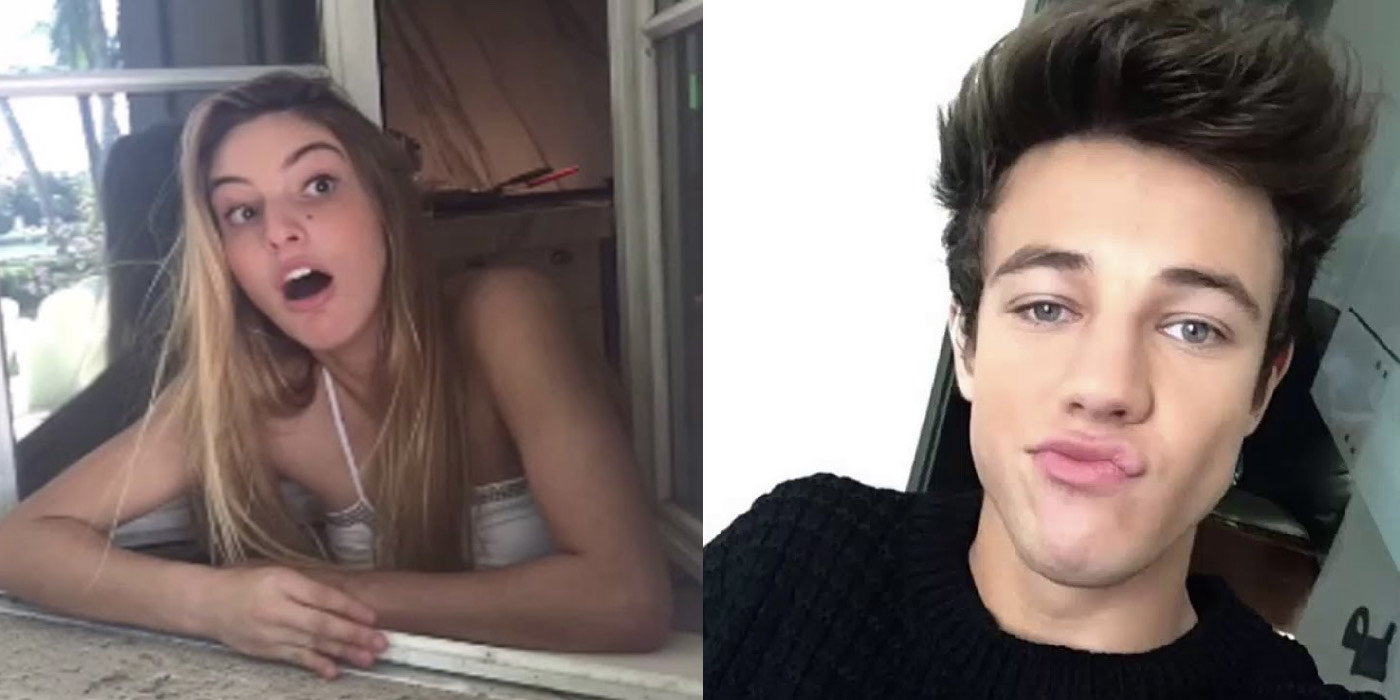 The demise of Vine was as confusing as it was abrupt. And something that still hurts devotees of the app who were left stranded without a platform or outlet. So what went wrong? In short, a mixture of slack management and fierce competition. When Vine launched in 2013, Twitter had already purchased the service.

On top of this, Vine executives and its founder were allegedly opposed to the notion of monetising the platform. This, combined with advertisers admitting they wished to create content longer then six seconds, became an unavoidable problem for the company. These issues were said to have been a big motivation for Twitter’s discontinuation of the app, which occurred on October 27th 2016, marking an end to a short-lived but highly influential era.

Vine, however, did not go gently into that good night. A few attempts were made to salvage the platform. On December 16th 2016, it was revealed Vine would continue as a standalone service through which users could post videos to Twitter. On January 20th 2017, Twitter launched an archived version of the app, through which all Vine videos could be accessed and enjoyed. However, this was also discontinued in 2019.

Did Vine make a comeback? 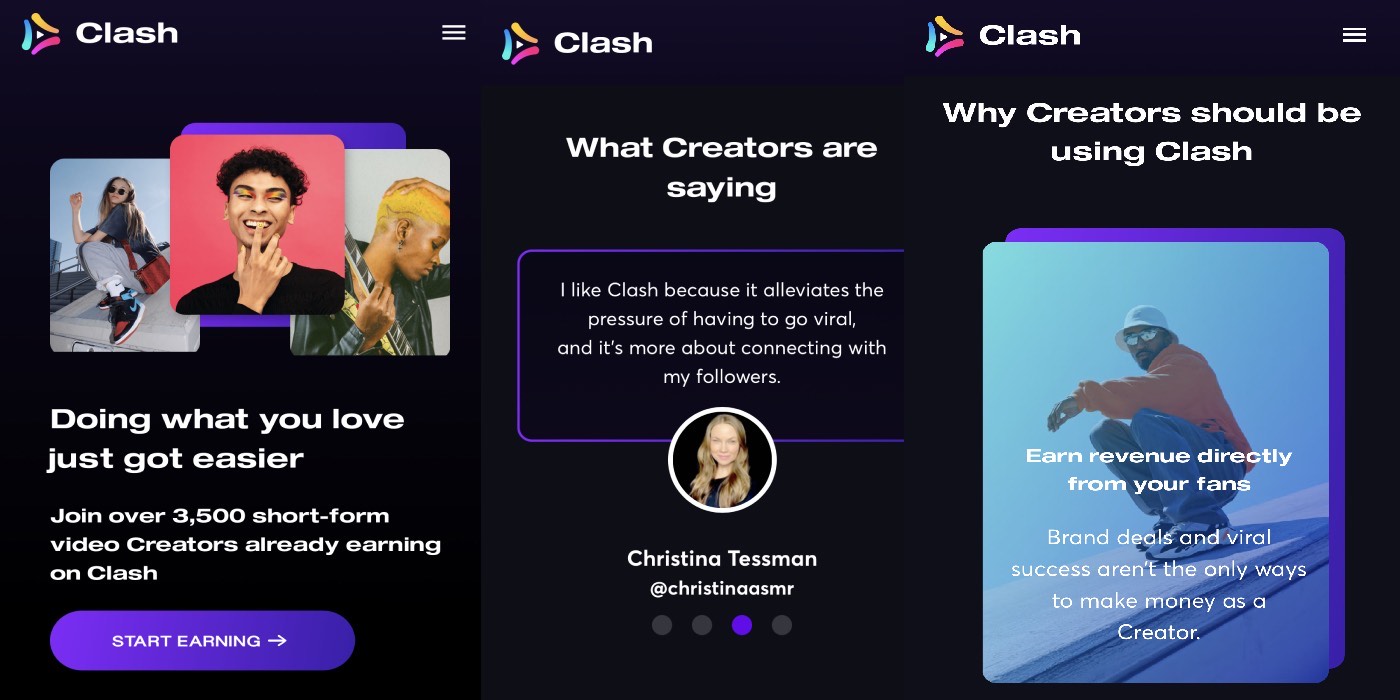 The launch of Clash had originally been planned for mid-2018, but reports showed that Hofmann had already started reaching out to social media personalities in hopes to secure viral content for the new platform.

In November, Hofmann announced the official name for V2 would be Byte and that it was set for release in spring 2019. Community members of a Byte dedicated forum were invited to test the app in a closed beta period, before its worldwide release as Clash on January 24th 2020, available on the iOS and Android Stores.