Why is Jake Paul boxing? – The Pauls’ latest moneyspinner 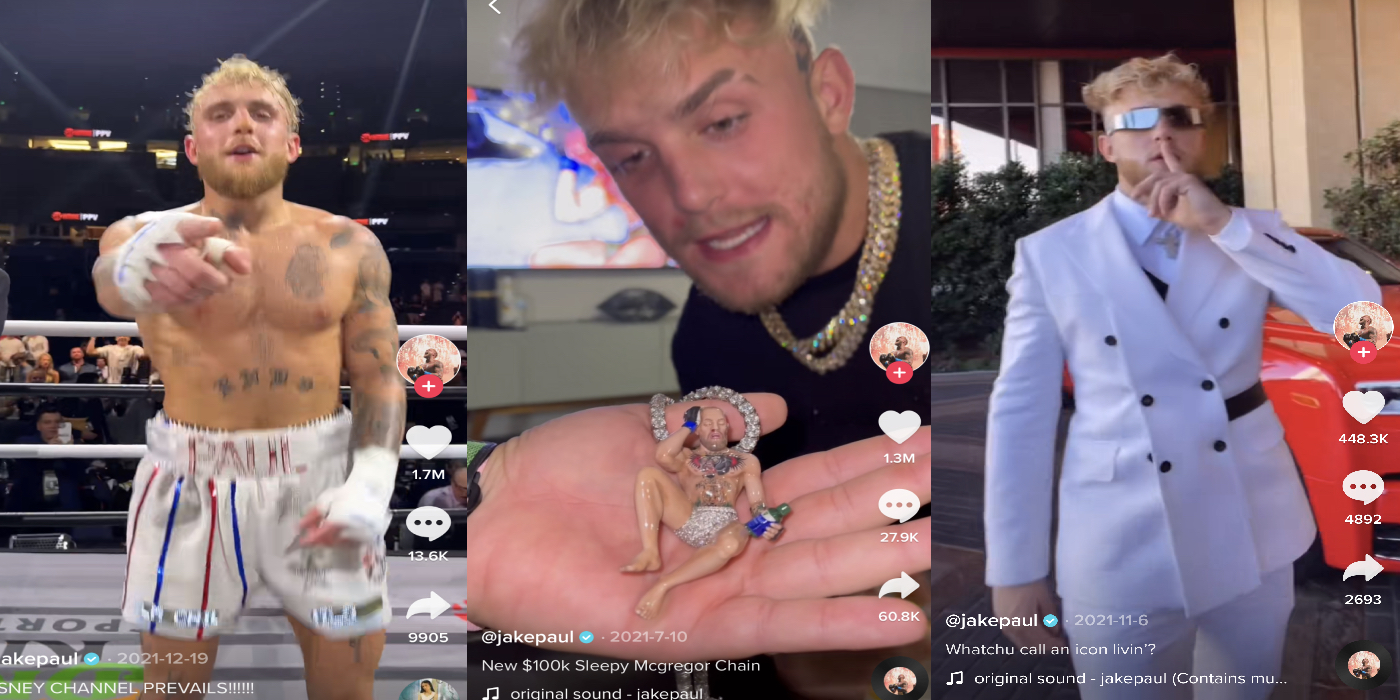 In August 2018, something strange happened. The boxing world opened its door, or ropes, to a group of YouTube vloggers. The previous year had seen the novelty bout between Floyd Mayweather and UFC’s Conor McGregor, but an amateur fight between two laymen had never seen a hype or crowd this big. Iconic ring announcer Michael Buffer even turned out for the event.

What a lot of people don’t remember is that Logan and KSI’s younger brothers Jake Paul and Deji Olatunji were also on the pay-per-view lineup as an undercard fight. Today, despite Logan’s high-profile rematch with KSI, Jake is lauded as the bigger competitor. At the time of writing, he has claimed victory in the ring five times, 4 of which were by KO.

Why is Jake Paul, the YouTuber, boxing? In his own words, he’s “not fighting to make money. I’m fighting because I want to and I love it.” He’s said that while the celebrity YouTuber life has its perks, boxing is in his blood. That being said, he is rumoured to have earned $40 million through the sport in 2021 alone.

Why is Jake Paul boxing? 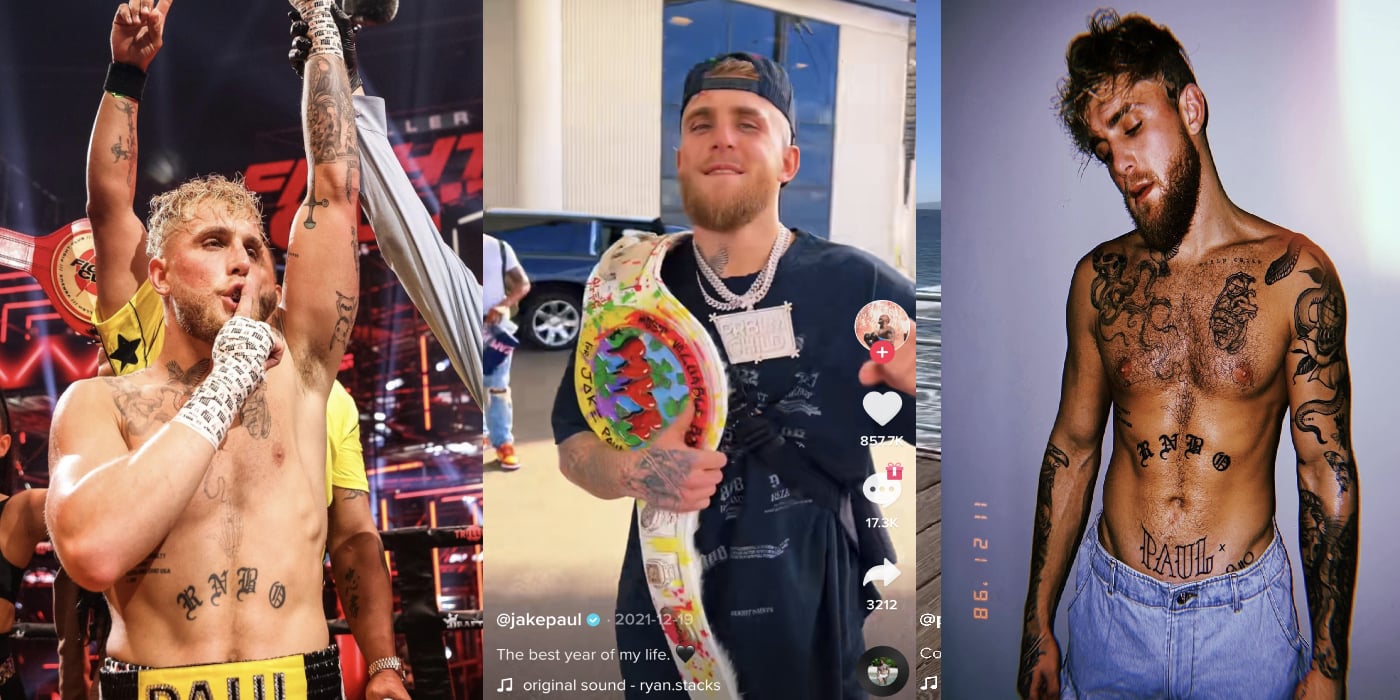 While he now holds the view that boxing is his true calling, there is no escaping the obvious fruits of a vlogger showdown. The Pauls’ are YouTube royalty. They have a combined net worth of $52 million, though in February Jake claimed to have made “in excess of $100 million” thanks to his sporting venture. The numbers vary, and it’s probably best not to trust the braggadocios boxer in this case.

Ultimately, it seems the reason Jake Paul is boxing is because he loves it. To put yourself out there once is one thing, but his boxing clearly isn’t a one-off. Paul is obviously after more than just piles of money otherwise he would’ve quit after his first fight. There is a clear desire to be taken seriously.

In an interview for Square Mile, Paul said: “I feel like I was put on Earth to do this. This is a match made in hell, for Jake Paul to come to boxing. It’s unique. It’s exciting. I’m at a young age and doing big things in the sport already. Nobody has ever headlined their own event in their third pro fight ever. With Justin Bieber performing! I have that boxing bug and I love cracking people in the face.”

Paul said the reason he was so outspoken is that everyone around him had always been telling him he had a natural talent for boxing. “I think it goes back to my wrestling background – the footwork and the coordination that I worked on for years and years in that sport transferred to boxing very quickly.”

What are Jake Paul’s boxing credentials? 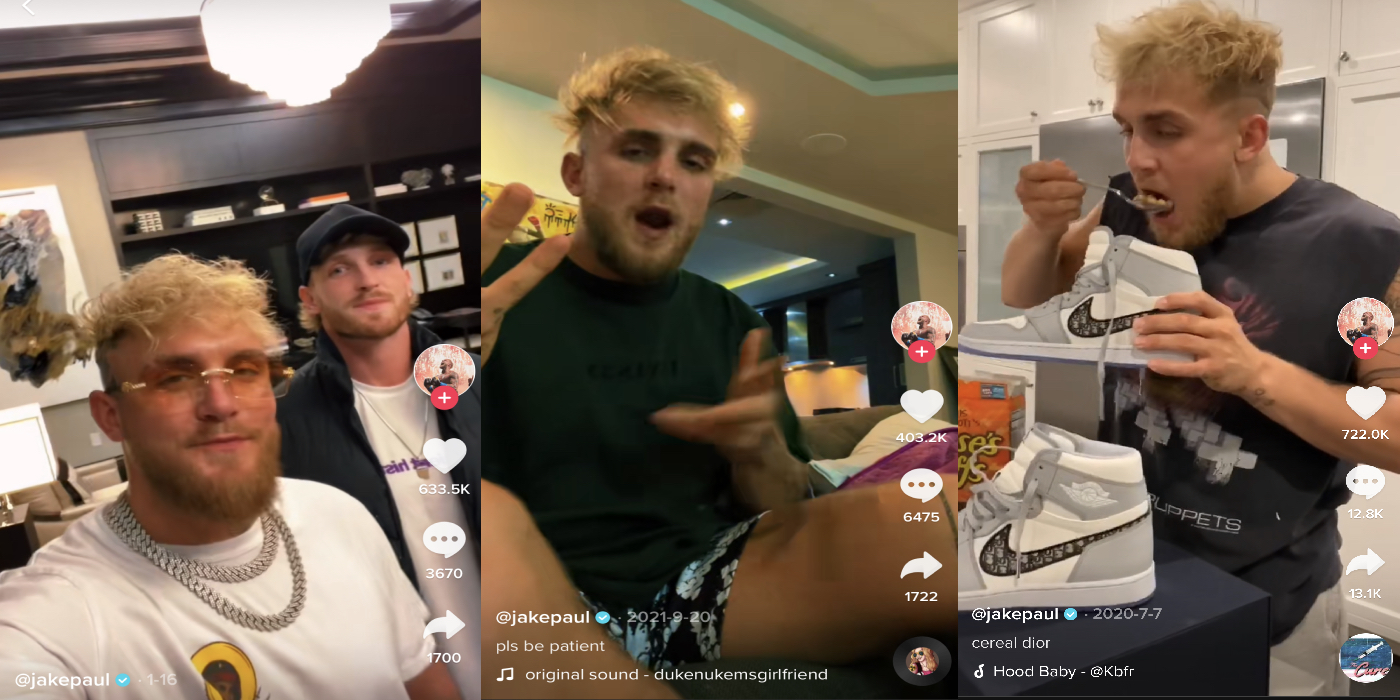 Jake Paul, once the laughing stock of the business, is now one of its biggest earners. This alone is enough to secure his seat at boxing’s table in the eyes of one Mike Tyson, who said the boxing industry ought to show “respect” to the likes of Jake Paul for keeping “boxing alive.” He added that the more anyone boxes, the better. “Now we got these YouTubers, 20 million subscribers? Boxing is coming back thanks to these YouTube boxers.”

So what are Jake Paul’s credentials, besides exposure? Mike Tyson called Jake a “God-gifted” boxer but that’s the extent of the praise. The general consensus in the boxing community is to be that Jake Paul is under-trained and has fought weak opponents. However, as Paul faces tougher opponents, that reputation could change.

Paul’s spurring partners speak highly of him, funnily enough. MMA fighter Jake Bostwick sparred with Paul in Miami. “I genuinely rate his boxing,” Bostwick said. “I rate his work ethic and I rate how comfortable he is in there with someone of my calibre or anyone else he’s working with. I hit him with some clean shots, he didn’t care, threw some shots back, slipping, moving, his jab is good.”

“He’s not just this stupid person people think he is who runs his mouth,” he continued. “He is super polite, the dude was like, ‘please, thank you’, he shook my hand. He’s got money behind him, he’s got his friends behind him and if you understand who he is, he’s pretty cool.”

How did Jake Paul get famous? 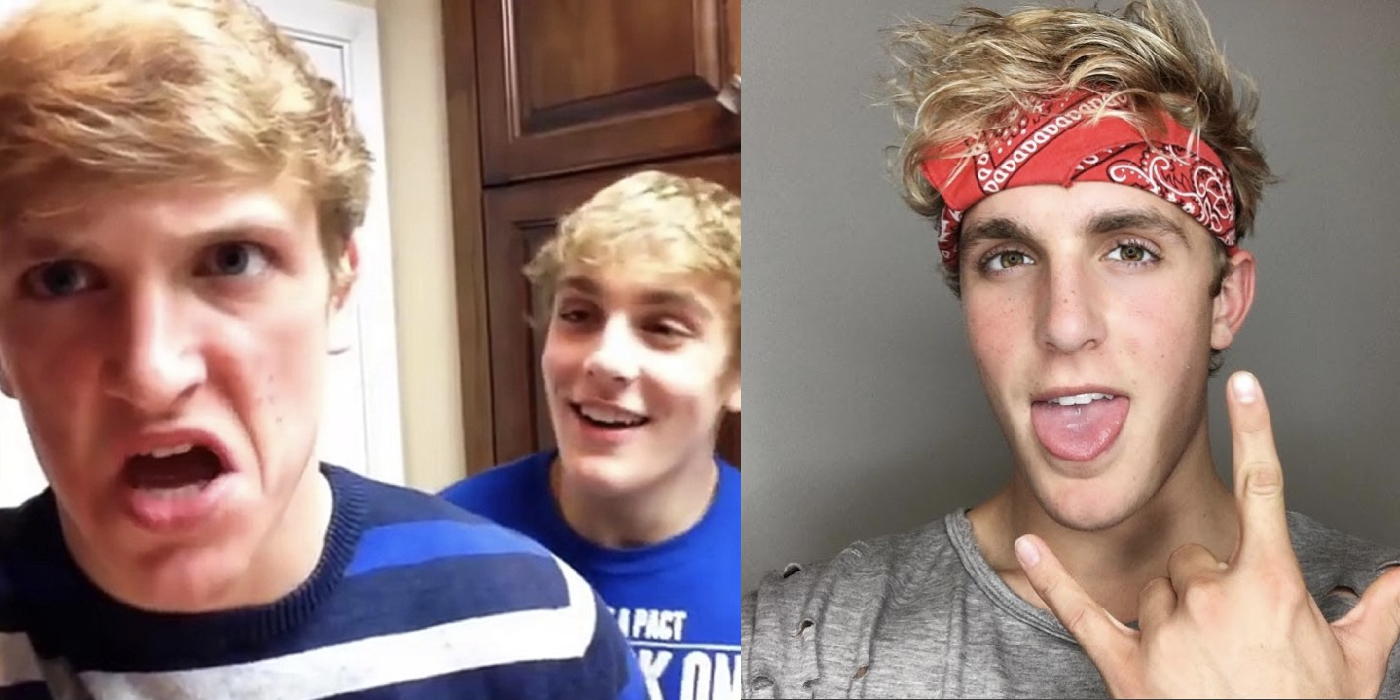 Though there’s a lot to be said for Paul’s pugilistic endeavours, it would be naïve to pretend the majority of his success isn’t down to his social media presence.

Jake Paul became famous during the mid-2010s. In September 2013, he began posting videos on Vine. By the time Twitter shut it down three years later, he had amassed 5.3 million followers and 7 million plays. While sometimes seen as playing second fiddle to his older brother, Logan, both Paul brothers are bonafide social media stars.

What followed was an unusual career trajectory. Paul signed up for Disney Channel’s comedy series Bizaardvark as Dirk in 2015. It wasn’t long until Paul got back into social media, namely YouTube. In January 2017, he was among the invited guests at a White House event centred around social media. As a prank for his channel, Pail hid in a bathroom before sneaking out at 3.30am without being caught by security. Around the same time, Paul had launched ‘Team’ 10 with $1 million in financing to create an influencer marketing management and creative agency around teen entertainment. Investors included Danhua Capital, Horizons Alpha, Vayner Capital, Sound Ventures & A-Grade Investments, and Adam Zeplain.

In July 2019, he and YouTuber Tana Mongeau got married in Las Vegas. It was later revealed the couple had not gotten a marriage license prior to the ceremony and that they left the ceremony separately. The marriage was available on pay-per-view for $50 and was recorded by MTV. Mongeau said the ceremony was “fun and lighthearted that we’re obviously doing for fun and for content.” The couple broke up in January 2020.

How much money has Jake Paul made? 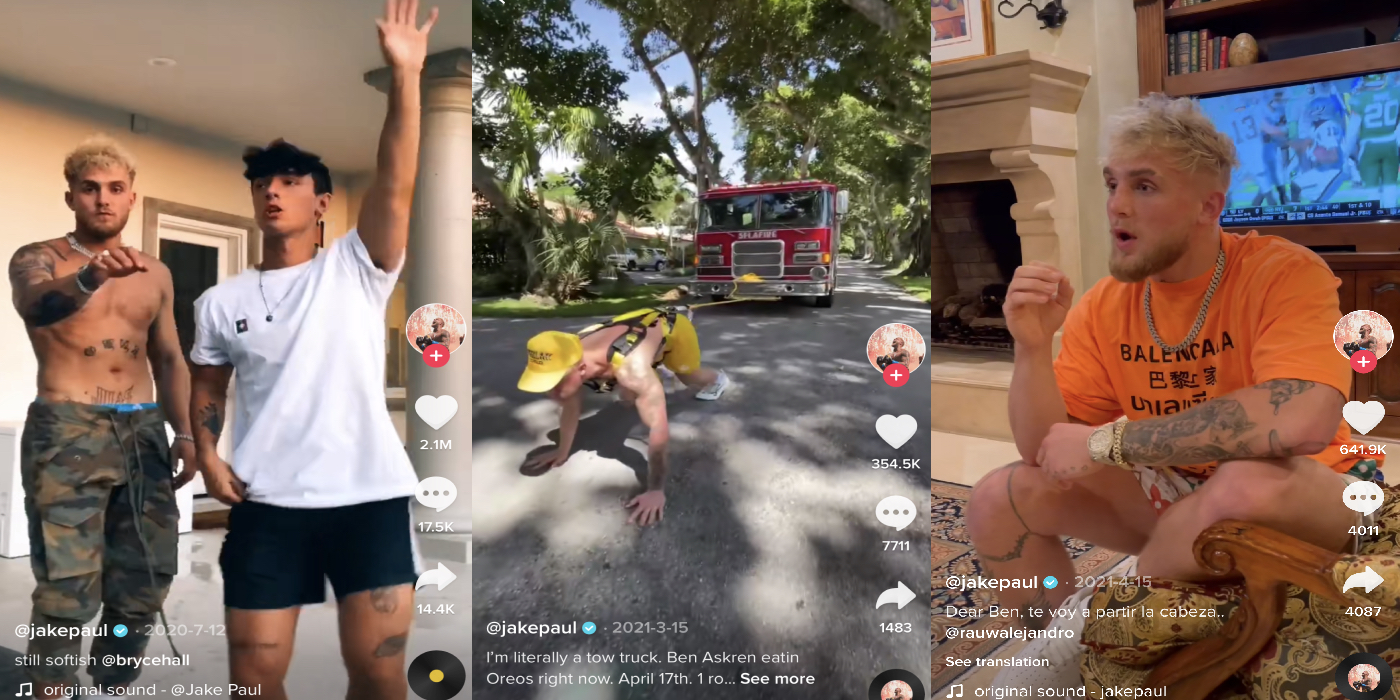 Though we know heaps of money are thrown around the boxing world, disclosing the precise amount fighters make can be difficult unless it’s right there in a contract. Boxers can be ludicrous personalities. Often they have ludicrous claims to match. Jake Paul has revealed the money he made in 2021 but is it actually legit?

Paul made a cool $40 million before taxes from his three boxing triumphs in 2021, according to Forbes. With a bonus $5 million generated from outside endeavours such as his YouTube channel, Paul became the 2nd most highest-paid YouTube creator of 2021, marking a return to the list for the first time since 2018.

The combined $45 million will have put him 20th on Forbes’ list of the world’s highest-paid athletes last year, leaps and bounds ahead of the only other boxer to hit the top 50, Canelo Alvarez, who tied for 48th after banking $34 million himself. This means Paul earned more than traditional household names Phil Mickelson ($41 million) and Novak Djokovic ($34.5 million).

It’s hard to see this value dipping in 2022 – especially if he takes on Mike Tyson.

Who has Jake Paul fought so far? 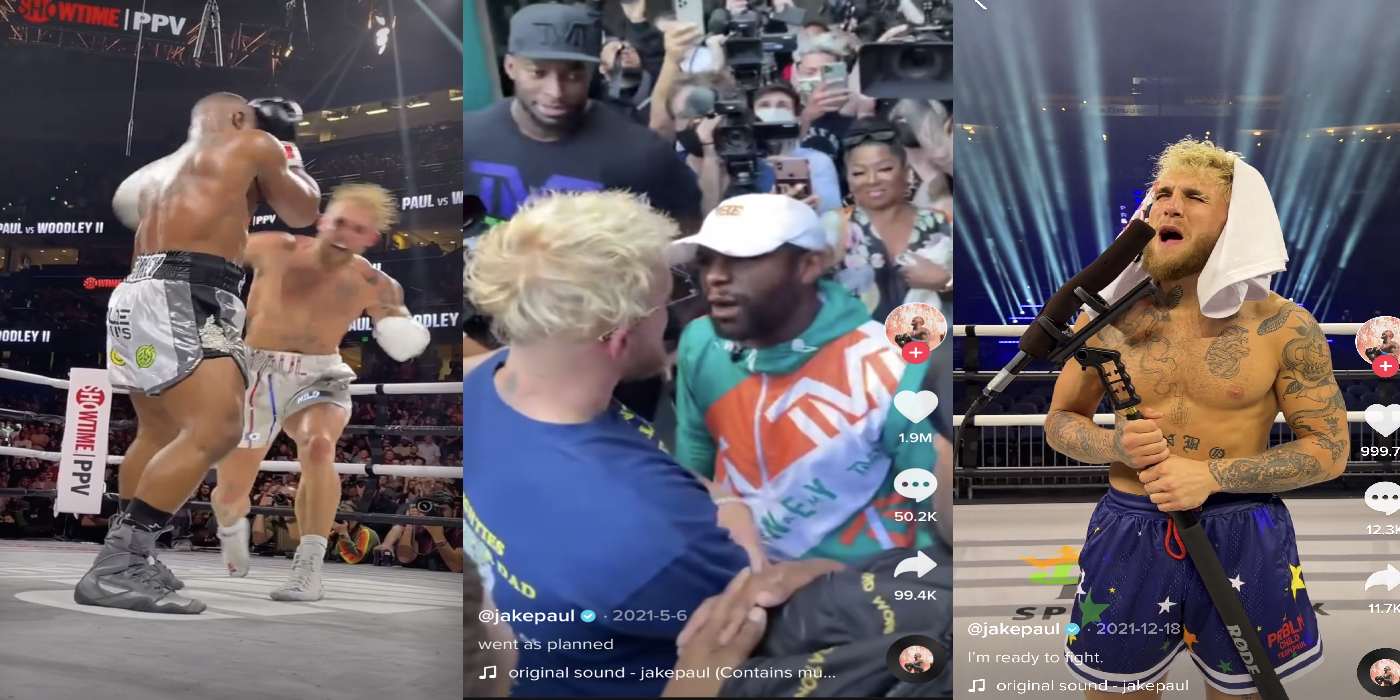 Paul and fellow YouTuber AnEsonGib came to blows at the Meridian at Island Gardens in Miami in January 2020. Although supporting the Demetrius Andrade vs. Luke Keeler headliner, the buzz their fight cultivated could’ve given it a run for its money. Paul managed to floor Gib three times before the ref stepped in and called it a day.

Paul then stole the headliner limelight from Mike Tyson and Roy Jones Jr on November 28, 2020 by knocking out Nate Robinson in spectacular fashion. The retired NBA three-time Slam Dunk Contest champion faceplanted onto the canvas after going in all guns blazing – a masterclass in how not to box. The whole bout made Paul look untouchable.

In his third fight, on April 17th 2021, Paul took on a professional fighter for the first time in his career at the Mercedes-Benz Arena in Atlanta. This time it was Ben Askren’s turn to face Paul’s wrath. And what a wrath he did face. After just 61 seconds, “The Problem Child” sent Askren for an early shower by way of KO.

Most recently, Paul faced off against MMA fighter Tyron Woodley. First in August 2021 and again in December. During their first meeting, Woodley managed to rock Paul in the fourth round with a big right hand. He hung in there and ended up winning by judges decision. Their second meeting was a choppy affair, full of lousy punches and clinches. Paul managed to come out unscathed however by knocking out Woodley with a brutal right in the sixth round.

Who is Jake Paul fighting next? 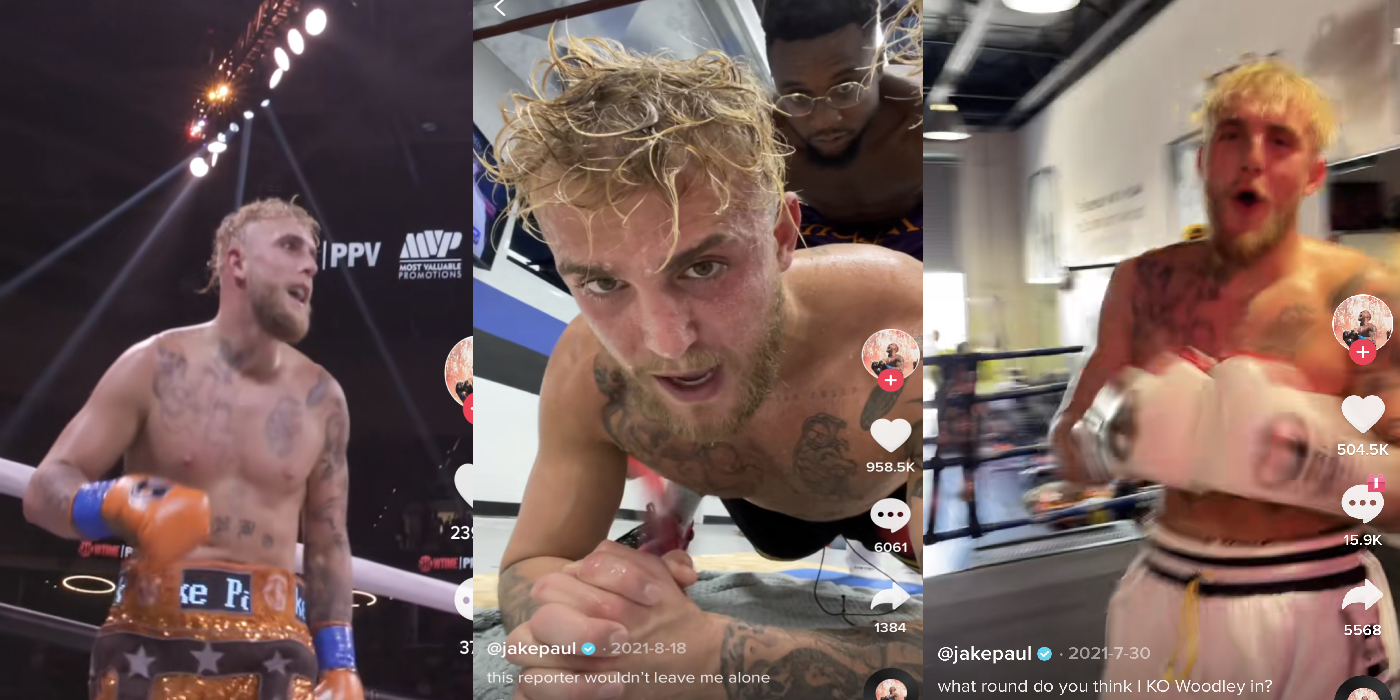 So it’s established. Annoying or not, Jake Paul is a world-famous boxer. And with an unbeaten tally getting higher and higher, the box office appeal and notoriety isn’t going anywhere soon. But who is he fighting next?

It’s rumoured that Jake Paul could fight Conor McGregor next. McGregor, the former UFC lightweight double-champion, is currently focused on MMA but did take part in a cross-sport fight against Floyd Mayweather in 2017. Both Paul and McGregor have a reputation for trash-talk and have exchanged barbs on social media.

Another potential opponent could be another UFC legend and certified bruiser, Nate Diaz. In June 2021, Paul tweeted: “I will knockout Nate Diaz after I knockout Woodley.” 50% of that tweet is true. We’ll have to wait and see whether the other 50 proves as prescient.

The other elephant in the room is Mike Tyson. The former heavyweight champion hasn’t shied from praising Paul for what his cache has done for the sport, but that doesn’t mean he isn’t confident in his abilities to take him out. Tyson is willing to fight Paul but only for a whopping $1 billion paycheck. Stranger things have happened.

Is Jake Paul a controversial figure?

Though brother Logan took the reigns with his Japanese suicide forest video, Paul has had his moments over the years.

Some of his controversies stem from business, others from his personal life. In January 2018, Paul started Edfluence, a program teaching young people how to be successful and wealthy in the online sphere. The course cost $7 per user, allowing them to access a series of “roadmap” videos. However, the fee only unlocked a few basic tips, leaving Paul accused of scamming young followers out of their money. The site was shut down in 2020.

In July 2020, he threw a party at his Calabasas, California home in spite of the ongoing COVID-19 pandemic. Dozens of guests attended without masks and failed to adhere social distancing measures. Calabasas mayor Alicia Weintraub expressed outrage, saying, “They’re having this large party, no social distancing, no masks, it’s just a big huge disregard for everything that everybody is trying to do to get things back to functioning.” She continued, saying, “It’s really just a party acting like COVID does not exist, it’s acting that businesses aren’t closed”.

Later that November, Paul doubled down calling COVID-19 a “hoax” and that “98 percent of news [about COVID-19] is fake.” He called for an end to the measures against COVID-19 in the United States, saying they were “the most detrimental thing to our society.” He falsely claimed the flu had killed as many people in the United States in 2020 as COVID-19 and that “Medical professionals have [recently] also said that masks do absolutely nothing to prevent the spread of coronavirus.”