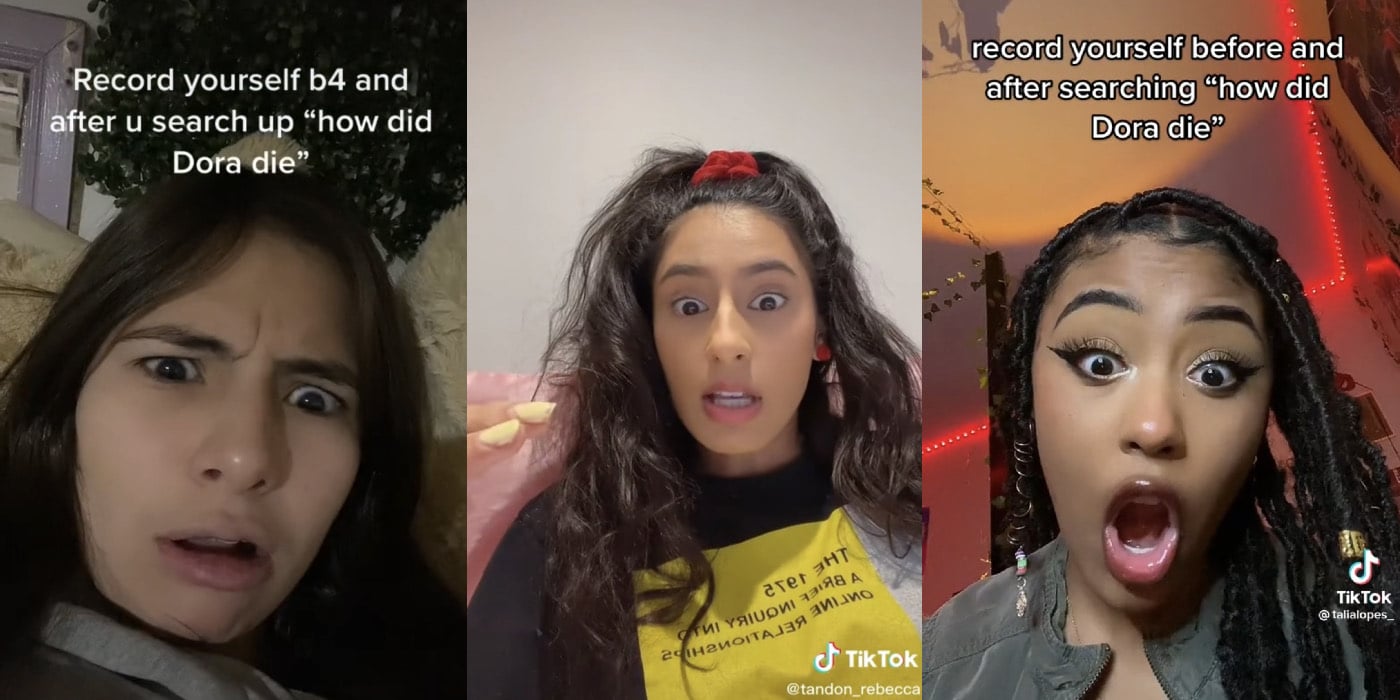 The scale and popularity of Dora the Explorer make sense when you realise many generations it spanned. Running for nearly twenty years, the show’s viewership began with Generation Y, segued into Generation Z, before ending with Generation Alpha. In brief: that’s a lot of kids.

Although initially not planned to be Latina, seven-year-old Dora was later developed to be pan-Latina to represent the diversity of Latino cultures. The show centres around her adventures to find lost items with the assistance of best friend Boots, a five-year-old Monkey. In return, Dora sometimes helped Boots complete his own missions. A group effort, Dora would always make sure to ask kids watching at home to help solve problems she encounters along the way if her pals Map and Backpack were stumped for ideas.

Dora the Explorer was a global hit thanks to this interactive element. Kids watching at home weren’t spectators to Dora’s quests, they were active participants. If they weren’t shouting at the screen to let Dora in on a clue, they were being taught basic Spanish by the adventurer. In Spanish-speaking countries, Dora would teach viewers basic English. The series ran for eight seasons with over 150 episodes in total.

So what came of Dora? Well, over on TikTok, they’d have you believe something very dark and depressing. The (for want of an official term) “How did Dora the Explorer die challenge” has picked up on the platform in the past month. 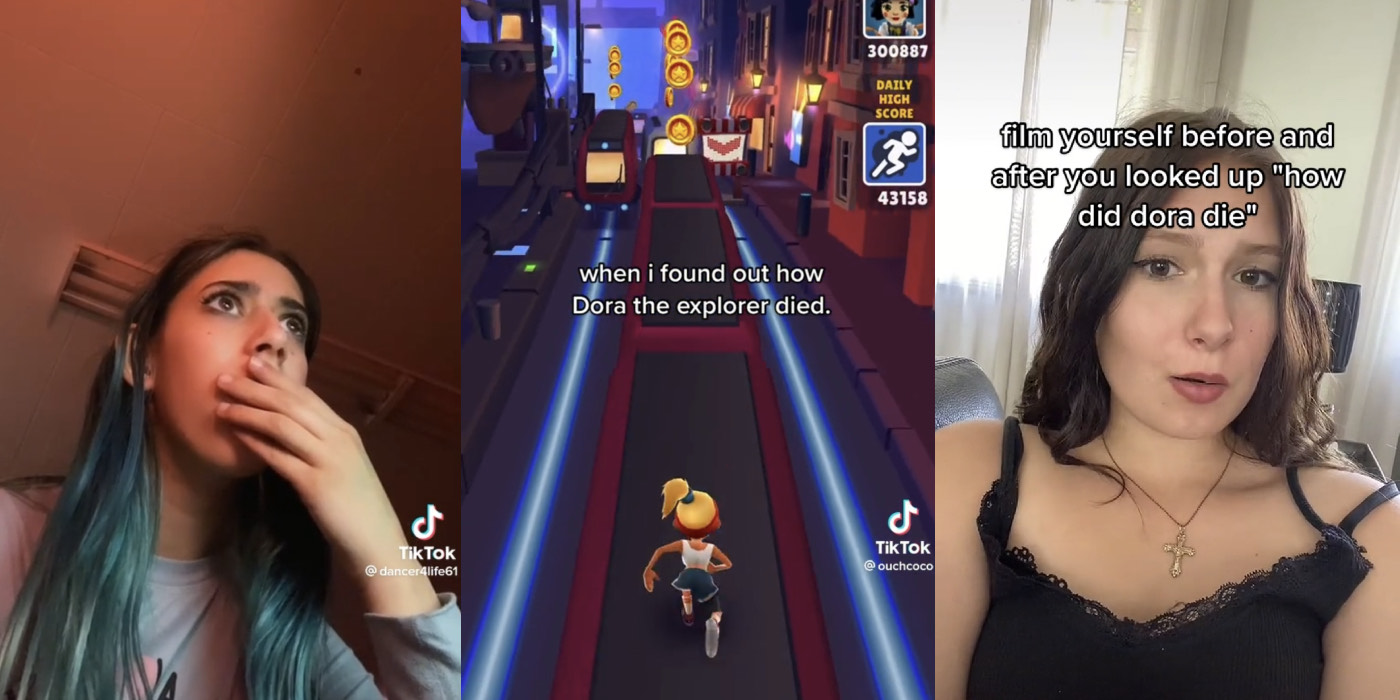 In the trend, TikTok users are asked to Google “How did Dora die” and react to the results, mostly with disgust and horror. Given the amount of children who watched Dora the Explorer over its run, the answers are leaving people wishing they never Googled it to begin with.

These answers vary. People have stated that they’ve received different ones to the same question. One common answer is that Dora died after drowning. Another is that she was struck down by a lighting bolt. A third offering says she fell to her death after her parachute failed to open.

It should go without saying that Dora the Explorer was not killed off on her TV show. But just in case: no, Dora never died. In the end, she reaches her destination as always, with Boots, Map and Backpack in tow, and sings her famous “We Did It!” song before thanking viewers who had been watching the show.

In reality, Dora came to end thanks to declining viewing figures, taking a hiatus in 2014 before coming back for a farewell season in 2019. Overall, the success was something to be lauded, especially for a minority character. Co-creator, Chris Gifford, said of Dora’ unique impact: “When we first started developing Dora, we knew we wanted to bring about these problem-solving challenges. When the show got picked up, we knew it needed to have a robust curriculum. We didn’t know what that curriculum might be until we brought in a number of consultants and advisers. 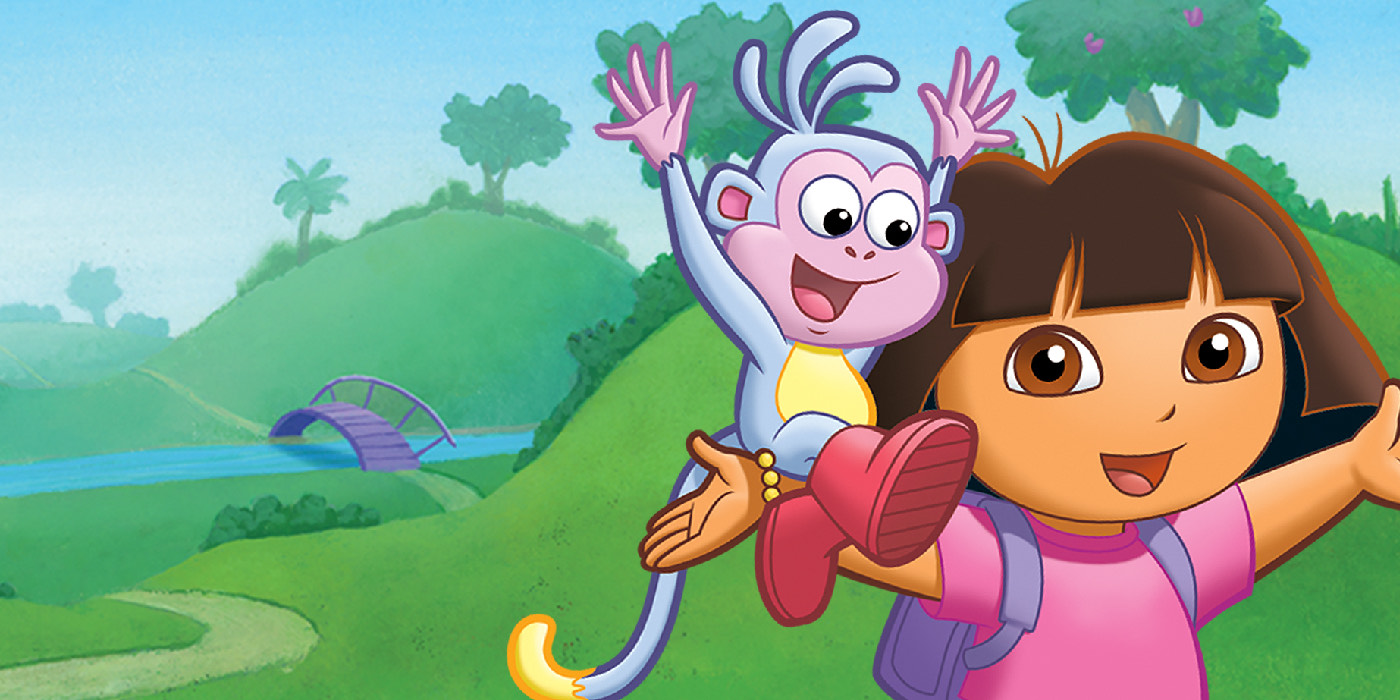 “The curriculum we hit on, which at first, everyone was reluctant to embrace - it was flexible thinking. So in every episode there are seven different opportunities for the kids to engage in problem-solving curriculum challenge. They really help form the story where Dora the Explorer comes across as active rather than passive as a result of each episode being interactive.”

The final episodes coincided with the release of a live-action movie adaptation, Dora and the Lost City of Gold. It was theatrically released in the United States on August 9, 2019, the same day that saw the final five episodes of the original series air on Nick Jr. The film received positive reviews from critics, who praised Isabela Moner’s performance as Dora. It grossed $119.7 million worldwide against a budget of $49 million.

On February 15, 2022, Paramount+ announced development of a live-action series, said to be “in the same spirit as the recent live-action film for older audiences.”

As for this TikTok trend, who knows. Why is this a thing? Why are people in their droves pretending that poor little Dora had met some tragic fate on TikTok? As stated above, Dora the Explorer was a children’s TV phenomenon. With every phenomenon, comes memes. Combine that source of content with young people’s fascination with trying to find corrupting subliminal imagery or details in our beloved, harmless animations and you’ve got a “How did Dora die” TikTok trend on your hands.